After a hiatus of sorts, electropop duo Moonwlk comes back with their sophomore effort, the follow up to 2013’s 20Twelve.

Returning to the gigging circuit early this year, starting with the Fresh Filter Volume 1 Saguijo Edition, Moonwlk gave the audience the feels and the vibe of what’s yet to come. The duo launches their new album, Of The Bed - on Friday, with a little help from their friends – Autotelic, BP Valenzuela, Tandems 91 and Samantha Nicole.

We chat with Nicholas Lazaro (synths/vocals) and Gabbi Buencamino (vocals) about the new album, their day jobs and their thoughts on CDs, vinyl and streaming. What's more, the Moonwlk duo also reveal the top five influential albums that helped shaped their sound.

Hey Nick and Gabbi! How are the album preps coming along?

We consider ourselves lucky to have a number of friends of varying talents that have been happy to help us finally get this project to take off. As of now, most of what we needed to get the album ready is done and all we’re waiting for is to finally have the prints in our hands. We’re so excited! The finished product is actually a surprise to ourselves! 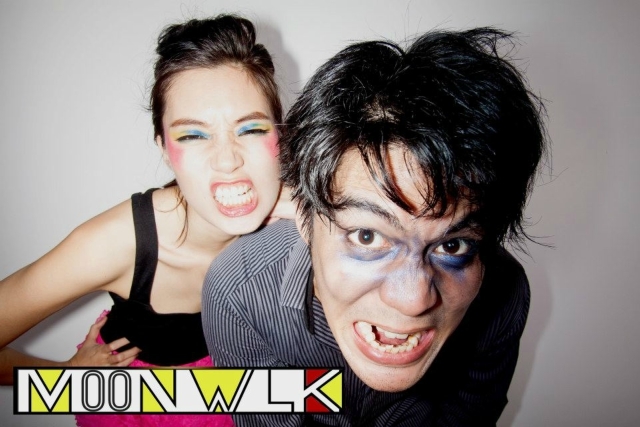 You guys took a little break from Moonwlk and started gigging again this year, with a new album coming out next week. What should we expect from the new record? Can you tell us more about the recording process?

We got a lot of constructive criticism with regard to how the first album didn’t seem to have a recurring theme. We hope to have addressed that in this new album. We’re more confident now with who we are as artists and what we want to sound like (for now), and we really took the time to make everything sound and feel more cohesive.

A lot of the material for the second album was inspired by the things that we shared with each other on the drive home such as dreams or frustrations.  The songs were birthed by conversation and our combined creative efforts helped bring them to life.

What’s your secret musical indulgence? Do you have any secret shame songs?

We’re not ashamed of any music we love. The five CDs on rotation in Nick’s car (yes CDs) are Basia's Greatest Hits, The Corrs Greatest Hits, Debbie Gibson's Electric Youth, Shalamar's Greatest Hits, and Cannibal Corpse's Gallery of Suicide. We also love to keep up with the Billboard top hits. Gabbi gets a real kick out of hearing Silento’s 'Watch Me [Nae Nae]'. 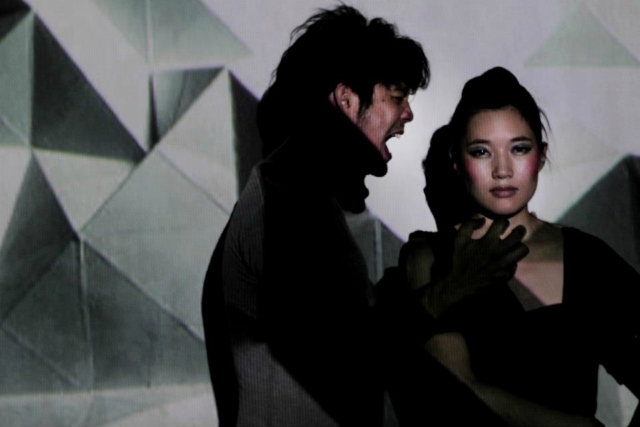 Gabbi, you're a full time teacher. So how do you handle the academic year schedule plus recording, gigging, promoting, etc? Do you make music part of your teaching strategies?

I think that teaching goes hand-in-hand with my music career.  In fact, it is a profession that a lot of my fellow artists in theatre and musical arts share.  Teaching kids forces you to stay current and relevant because you have to know what to talk or sing about in order to keep them engaged.  I try as much as possible to keep my students from associating me with Moonwlk because I feel the songs aren’t really meant for nine-year-olds, but I do try to put in a little music here and there. Not only because I’m a musician, but just because music is a fantastic educational tool.

Nick, you recently made the switch from teaching primary school music to music production. How is the classroom different from working in the studio?

There’s actually not a huge difference between teaching kids and producing bands/artists in the studio. The main thing I teach everyone that works with me is to BE CONFIDENT. I’ll always tell them, “sing it loud and with FULL VOLUME, you don’t want to put people to sleep!” Contrary to the question, it’s actually all the same, and I am equally as proud of my primary school students as I am with the bands/artists I produce. 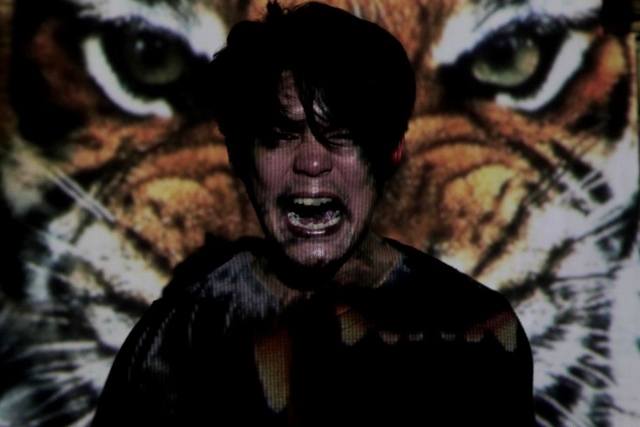 One of your songs 'Irish', is featured on Volume 1 of Fresh Filter x Satchmi’s collab release. What are your thoughts on vinyl culture? Do you prefer physical copies (vinyl, CDs, cassettes) over streaming?

Streaming is admittedly more convenient and current, especially with how powerful mobile devices are becoming, so we have to confess that we’re real advocates of it. We are on Spotify, iTunes, Deezer, and even Soundcloud. The songs are easy to share and transfer, which helps us to attain our goal of being heard. However, there’s a different feeling of ownership when you have the physical copy in your hands. It’s a manifestation of the time and effort that went into that music which addresses the one sense that all the digital stuff can’t - touch. We think that the literal tangibility of what is physical is what makes people stay. So, in answer to your question, we don’t prefer one over the other because one makes people listen, and we believe the other makes them keep listening.

Any plans after the album launch?

Yeah, we plan to bring our music around to the places that have been asking us to visit since the 20Twelve album. Places like Cebu, Davao, maybe even Baguio. We’re hoping to be able to do this with other artists.  We’re also looking forward to finally making some music videos, and of course, more songs. Maybe even some song covers, just for fun. 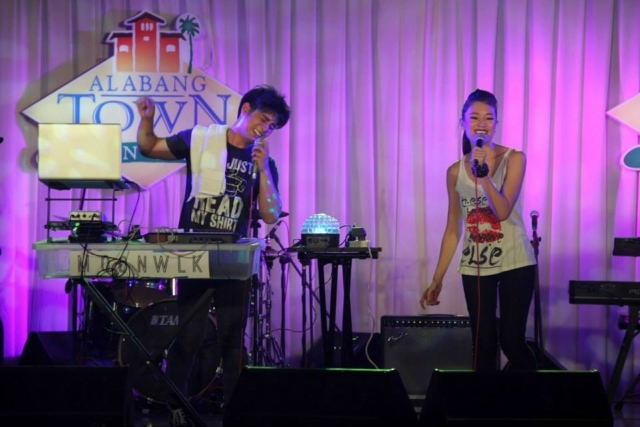 Björk is like my second mum. I worshipped her in high school. Vespertine is the perfect marriage between classically executed music and modern twists.

I learned how to play guitar because of them.

And The Glass Handed Kites | Mew

The arrangements of this MEW album are just so well thought out. Plus the fact that its dreamy and recorded as one giant song taught me that an album should be viewed as a whole piece of art.

Dave and his band are just phenomenal musicians. They made me realise that technical lines keep people from falling asleep.

When I love a song, I obsess over it.  Coldplay has those songs that I love to keep coming back to, not just cos of the feel (I love how the sounds surround you), but also because the lyrics incite my imagination.  'Every Teardrop is a Waterfall' is still one of my favorites because it makes me want to dance, and also always makes me wonder at the metaphors that they came up with. “Cathedrals in my heart”, “I’d rather be a comma…” crazy lyrical genius on top of everything else.

To hear Frank’s hits as duets performed with a variety of iconic artists puts a nice melodic spin on the classics I’ve learned to love.  It’s also fun to learn to recognise the small nuances that make those iconic singers different from the rest, and definitely their version top my list of covers.

Yes. Back when music albums were still in cassette form, Avril’s was one of those that I listened to over and over because her songs made me feel free and empowered, songs like 'Anything But Ordinary' and 'Mobile'. I also loved the honesty behind her work, and of course the wordplay.  I like to think that she was my generation’s [emo] Taylor Swift.

I’m a Disney baby, definitely. I owned all the VHS tapes including some sing-alongs AND of course the cassettes tapes.  I constantly had Beauty and the Beast, Aladdin, Pocahontas, and Mulan soundtracks on repeat at home, so this kind of happy-ending musicality was ingrained in me from the start.  It’s also why one of my big dreams is to sing with an orchestra and why I really enjoy orchestrations.

The Sound of Music, The West Side Story, or My Fair Lady Soundtrack

They showed me how music can be used to tell a story, and how much emotion can go behind the words without being too cryptic.