Following the head-spinning set by Spartak last month, local art collective DUNCE will be bringing in US/South Korean act Sighborggggg for a headline set at The Lithe Paralogue Studio this Saturday. The two-man band combine math-rock, IDM, synth-pop and shoegaze to form a frenzied sound along with an energetic live performance that left people drained and absolutely impressed during this year's Baybeats. Currently working on their debut album, which will be released by famed UK electronic producer Gold Panda's record label Notown Records, this will be another chance to catch them if you missed out in June. The show this Saturday will also include an equally-impressive line-up which includes electronic acts [.gif] and Pixel Apartment along with experimental rock powerhouse The Psalms. We talk to the duo ahead of their show and they share with us about their adjustment to living in South Korea, describing their genre-defying sound and their affinity for Godspeed You! Black Emperor.

Hey Ssighborggg! What are you guys up to these days?

DeAnthony Nelson Jr.: I’ve been eating ramen uncontrollably. When it rains, I have a strong urge to eat ramen.

We last saw you guys at Baybeats and it was impressive! How has touring around the region been so far?

Sean: We’ve been poking around Korea since Baybeats - some coast cities and in Seoul. 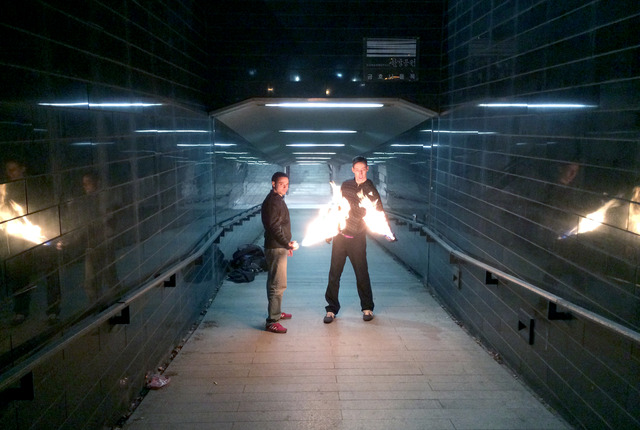 Both of you originated from the US but are now living in South Korea. Could we learn more on how this happened?

DeAnthony: I’m not too sure. I woke up here and landed on beat 1.

Was it a big culture shock moving to Seoul?

DeAnthony: Not so much for me.

Sean: 100%, this place is full of k-pop, workaholic suit-dudes, and temples and all kinds of traffic. I grew up on a mountain town and only lived in stoner/hippie cities before being dropped into this.

If you have to describe your band’s music without having to use the genres ‘math-rock’ and ‘electronic’, how would you describe it?

DeAnthony: Almost lost in time. One minute you are bobbing your head and then you look around the room because you have become lost, and are left wondering how did you end up at this awesome concert. 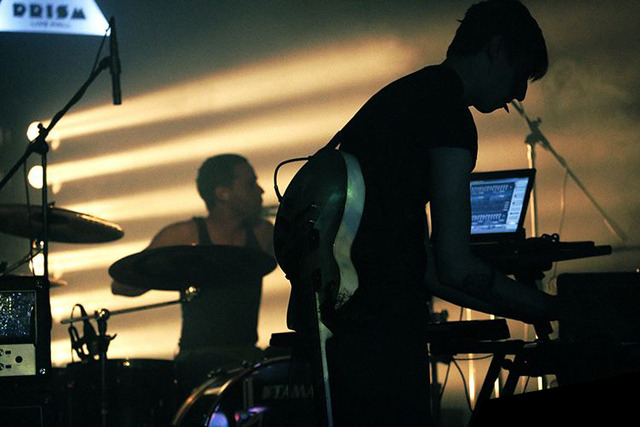 What other bands in South Korea do you guys think deserve recognition?

Sean: I dont think PSY has gotten enough attention. People should check him out. Some K-Pop bands look like Final Fantasy characters too.

What song would guys want to cover but it’s a song people would least expect from you?

DeAnthony: End of The Road by Boyz II Men.

This and (other AC album) FEELS again blew my mind apart about how to use noisy/challenging elements inside pop-n-hook formats. Also killer vocal harmonies and energy.

I was purely into rock-based artists until 2000 when a friend turned me onto Plaid and the other WARP label fair, which are full of extremely well-crafted music that validated the whole realm of electronics as a tool. This album is a great example of why punks/rockers should open their ears.

Hella | Hold Your Horse Is

These are friends from Sacramento (one of them also played in Death Grips). It's a one-of-a-kind, energy smash show of fun math rock.

Godspeed You! Black Emperor | Lift Your Skinny Fists Like Antennas to Heaven

First time I could listen to a song 20 minutes long on repeat and get absolutely hyped on it. Lying in the dark with headphones on and these instrumentals with voice will kind of have your brain create its own fitting narrative.

Another two-piece math rock band. So much tech and detail, probably only music nerds will enjoy. More music for musicians. The drummer has a bag of sticks and brushes he'll continuously grab and swap out mid song, including 2 sticks duct-taped together in a right angle. The guitarist has a unibrow and the chops to make you think he really has 2 eyebrows.

Catch Sighborggggg this weekend at THE LITHE PARALOGUE STUDIO! 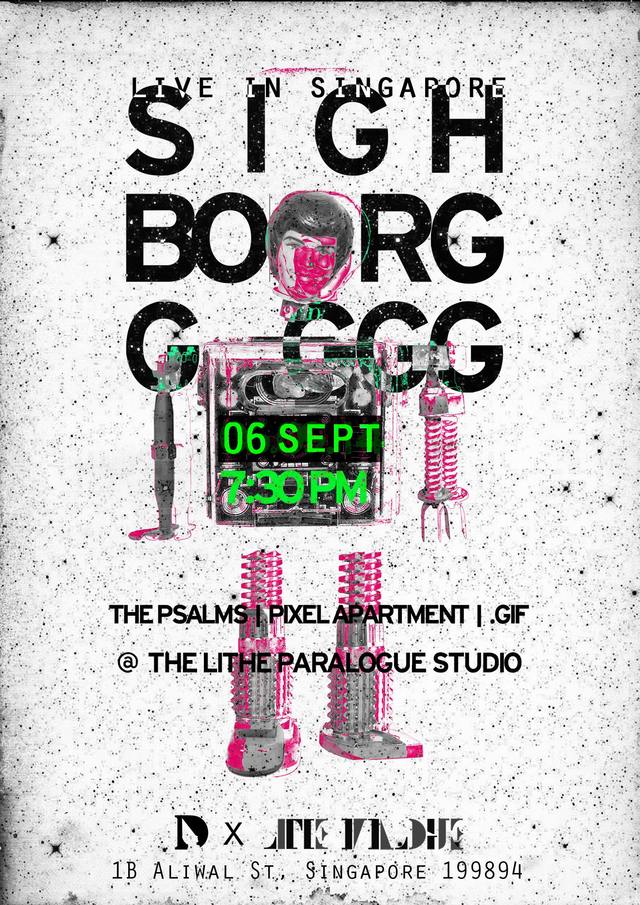