They're only 17, but alternative rock outfit The Cave have been making waves in Singapore and abroad with their infectious music and their vibrantly energetic live sets. Already, they've amassed achievements such as Gibson Guitars' Artist Of The Month, playing in Music Matters 2013, ranked in first place on ReverbNation's Local and National 'Alternative' Charts and even opened for pop-punk icons Taking Back Sunday when they graced *SCAPE in March.

Recently, the international lads have been hard at work with their latest EP Light Years - and all the effort paid off in a very successful release show at Timbre @ The Substation last week. We catch up with The Cave and find out how they're taking their success so far and more about their latest release.

Hey guys! How did the album launch at Timbre go?

It went very well! Of course at a venue like Timbre the muso crowd is great, the sound was fantastic, and it was all in all a really good time. There's always some people who'd rather eat... but hey...

How was it like opening for Taking Back Sunday?

Opening for TBS was incredible. Typically nobody ever likes the opening band, so we were pleasantly surprised when we got such a great response from the audience. It was the biggest audience we’d ever played to, and it was great to get to meet, and even get a shout out from TBS themselves. As for growing up on them, its safe to say that we all loved that pop-punk sound as kids, and Emerson (bass guitars) was quite a TBS fan actually. 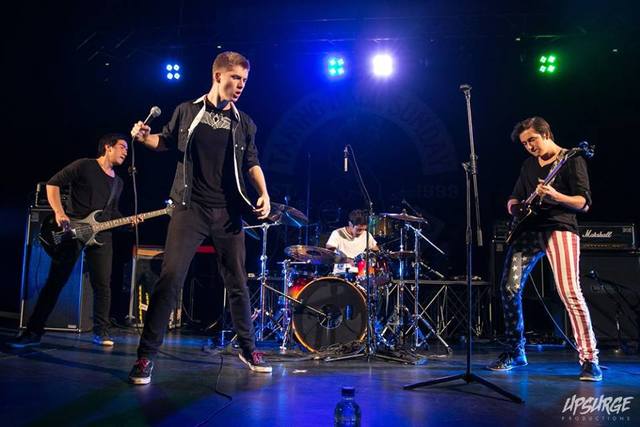 You guys will be playing in Dublin in June for the YouBloom Festival - how did this come about?

Quite simply we sent in an application through Sonicbids and we got accepted!

Tell us about the songwriting process - is it something collaborative or do you have a principal songwriter?

It's totally collaborative. Somebody comes into practice with a bassline/riff/beat that catches everyone’s attention and we just build on it from there. As for lyrics, they used to be written by whoever felt like contributing but nowadays Harry (lead vocals) writes the lyrics pretty much exclusively.

What was the recording process for Light Years like?

The ease of recording depends on which studio we’re in. When we record at Snakeweed Studios, it's blissfully easy because we can do unlimited takes, and all manner of hardware and software is right there at our disposal, opening up a world of opportunities. 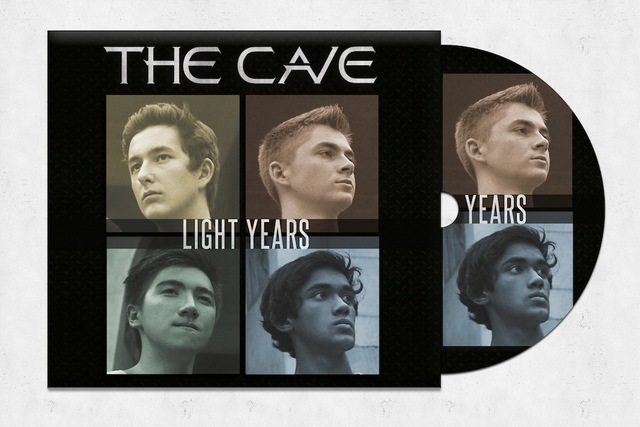 However, if we’re looking for a more raw, organic sound, we go to Lion Studios, which involves live recording on 2" tape, which means that the slightest mistake means playing the song all over again. Three instrumentalists who have to play perfectly - in addition to the fact that we’re all perfectionists - means that recording can get pretty taxing. It's always worth it though.

How do you manage to release three high-quality music videos and a short documentary in less than a year?

With a lot of blood sweat and tears. It was all done by making friends and working with them in order to build up as much good quality content as we could. It certainly wasn’t easy, and even less so with school taking up most of our time.

You've done your rounds around local gigs here - who are some of the bands here that you look up to/like?

We’ve watched/ played with/ befriended countless bands in Singapore, and it's safe to say that a good amount of them have been pretty great - but to name a few, we really like Achilous, Knightingale, Ellipsis, Orangecove, Aspectrum, and The Sets Band.

So what's next for The Cave?

With YouBloom in Dublin on the horizon, we’re really looking to play some other shows while abroad.  We've been asked to perform on a radio show in New York and - if we can afford the trip - and there is also something there, in NY, that could be really exciting and I promise you'll be the first to know after we do!  We just want to get our name out there and see what happens when we do.

The energy and the huge sound really got us all into loud, fast, anthemic music and really impacted our songwriting.

This is just a fun album, and always plays on our party playlists. There’s something about the tightness and the energy of the music that inspires us.

The percussive, rap-like vocals and musical ingenuity really gave us a new outlook on songwriting.

Foo Fighters | One by One

Just catchy songs that had a mature but still fun atmosphere we were all drawn to.