There is much to be said about 24-year old Hilary Yeo, aka The Little Giant.

The petite folk pop singer-songwriter, who started out with the ukulele when she was 18, has charmed audiences with her saccharine laced tunes and, as she puts it, “mildly sinister lyrics”. Case in point; just listening to the chorus of her recently dropped single ‘You Got Some’, “You got your hand in your pants/ And your zipper is undone/ You found satisfaction/ But it’s not that fun/ Anymore” never fails to bring about a bittersweet laugh.

Drawing inspiration from books, movies and more importantly, life, the Fine Arts graduate’s music has been honed during her stint as a mentee in Noise Singapore’s mentorship programme. Having started out doing covers on her YouTube page, Hilary has since gone on to perform at 100 Bands Festival, Fred Perry Subsonic and even our very own Bandwagon’s Music Market!

Having gained such valuable musical experience, she is now preparing to launch her first ever EP Let’s Just Be Honest. And like the title of her EP suggests, we settle down for a good dose of honesty in this edition of our Bandwagon Guest List.

Hey Hilary, congrats on the upcoming launch of your debut EP Let’s Just Be Honest. Care to walk us through the entire process?

In the beginning, it was plenty of trial and error. Or in my case, mostly errors due to my lack of a proper musical vocabulary haha.

I started working on the first single (‘You Got Some’) last November and through the entire process I now know a lot more about how music works and how to communicate my ideas to others in less abstract terms haha.

To be honest, I just can’t believe what I’ve accomplished in these months and I’m truly excited and looking forward to having a great launch. 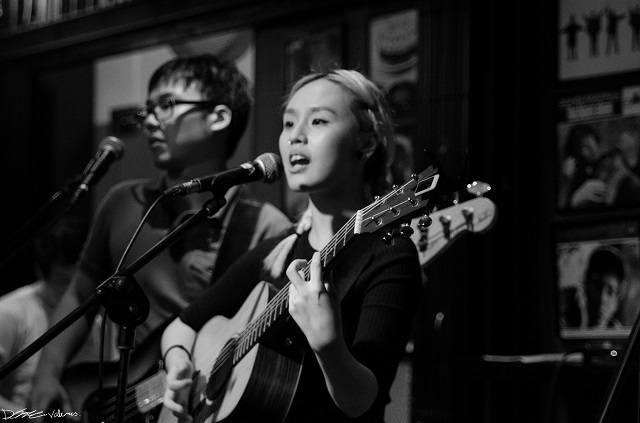 What is your idea of success for the EP?

My idea of true success for an EP would be the amount of recognition it garners and from whom. Right now, I’m happy with just pleasing the general crowd and putting something out there that my friends will enjoy listening to. I’m not too concerned with impressing other musicians as of yet, but perhaps that’s something to work towards in the future.

Your first single, ‘You Got Some’ is chockfull of your own brand of dark humour. Share with us five songs that never fail to leave you in stitches.

This has to be one of the best songs of all time. Yes, of ALL time. I am claiming it. It has never failed to lift my spirits. Every element in this song is perfect.

I’m just amazed at his inability to comprehend the use of buttons on a shirt.

Listening to this song makes me feel like a bad b*tch. In a good way.

My favourite line, “Looking at your jaw I'm so happy I could die”.

So we got to ask, what’s the story behind your moniker The Little Giant?

Well, I wouldn’t say it is a particularly interesting moniker. But since you asked, it’s due to my unfortunate small stature and because of the paradoxical nature of how I like to write my songs.

And what made you want to become a musician?

This is a testament to the hilarity of life as it was never a dream of mine to become a musician nor a songwriter. *Cue scoffs

Don’t get me wrong, I’ve always loved music but all my life, as far as I can remember, I wanted to be an artist.

Then came THE breakup. I needed something that suggested ‘I’m better without you’ without being overtly aggressive, so naturally I picked up the ukulele. It made me look cute and I learnt to play my first ukulele song in 10 minutes. It was perfect.

I have since matured and progressed to the playing and writing on the guitar. All my songs on the EP were written and played on the guitar. I’m not very good yet, but I’m definitely working towards becoming better.

As for how I came to do music, I was simply doing some covers on YouTube and when I uploaded my first original ‘Goodbye (F**k off and die)’, and BOOM it sort of just took off from there. And I’ve loved doing it ever since. 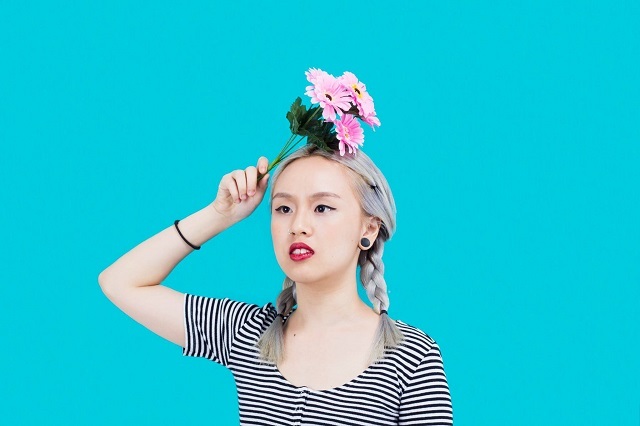 Having started out doing covers, when did you have the urge to pen your own original songs?

I actually started out writing songs as a joke, and I wrote a pretty large collection of eff you songs to my ex, to which only one made it through to fruition (laughs).

I started really getting into writing more seriously about the time I discovered folk music because I was obsessed with the concept that you could condense pages of a person’s entire life from birth to death to a span of 3 minutes or less.

Coming from a Fine Arts background, do you draw inspiration from any visual medium for your music?

I was never a very technical artist, and I guess that translates to how I approach writing music where the main focus is the concept or the rationale behind a piece of work, or the idea of using a piece of work to invoke or provoke thought within your audience outside the premise of what they might consider usual.

Although, I’ve realized that being technical in music is far more important to effectively capture emotions and nuances in time/space. (Charlie Lim reference ftw)

I love any Simon & Garfunkel album, but Parsley, Sage, Rosemary and Thyme is definitely a personal favourite because of the concluding track on the album, which contrasts the lilting harmonies of Paul and Art singing ‘Silent Night’ with the chattering of the seven o’clock news.

The Emancipation of Mimi | Mariah Carey

This might seem like kind of a strange selection. But this was Mariah at her peak, and I constantly revisit this album in between heart breaks, it’s just such a great break up album.

I’m very influenced by the way Emmy the Great writes music. Especially in her first album, appropriately titled First Love. It is so incredibly raw and honest. She writes with such an appreciation for tragedy. First Love is the kind of album that brings a rush of emotions, in an achingly nostalgic present tense.

St Vincent (aka Annie Clark) has lyrical brilliance and a musical understanding of which I cannot even begin to comprehend. I would choose all of her albums if I could, but I chose her first album Marry Me because listening to it is like taking a glimpse at how she obtained her unique sound.

What’s interesting about this album is that it was born out of a theatre company called the Young Jean Lee Theatre Company. It features only six songs between a series of monologues read by musicians like David Bryne and Kathleen Hanna. But it has quickly become one of my favourite albums, and somewhat a bible for my bad days. I absolutely adore this entire album from start to finish, it has been so thoughtfully put together to deliver such a devastatingly beautiful narrative.