We've already been fans of Filipino instrumental rock outfit tide/edit ever since our ANECHOIS bros introduced us to their amazing IDEAS EP - a stunning display of super-tight musicianship and what might be the Philippines' answer to mathy greats such as toe and Enemies who they seem to emulate in their infectiously energetic live performances. With their newly released album Foreign Languages, the quartet only solidify their position as one of Southeast Asia's finest musical act, overflowing with refreshing melodic ideas and sheer heart. We put the spotlight on tide/edit this Guest List edition as we chat about their new album, Filipino culture and wanting to speak Japanese.

Hey guys! What are you up to these days?

We’re back to our day-to-day duties—half of us go to school and the other half go to work. We’ve been so busy that we’ve only seen each other once since the album launch.

Tell us more about your new release Foreign Languages, and what went behind the crafting of this album.

The initial idea we had was to produce another EP instead of an album since we feel we’re better for bite-sized releases. Things changed when we started shortlisting tracks and we realized that we had enough material for a full-length release. After planning and a lot of rehearsing, we then hit the studio.

We recorded Foreign Languages from October 2013 to March 2014. It wasn’t as easy as we expected and there were a lot of delays since each of us are busy with either work or school. We would arrive at the studio very late and by the time we were on our way home, the sun was already up! With just a few hours of sleep (or sometimes none at all!), we would then be back to school/work. It was very tiring to do that but we were also happy at the same time knowing that we were a step closer to getting the album done.

For mixing, we went to our friend Ivan Cheong (Silent Scenery) to help us achieve the sound that we wanted. Way back in 2012 when his band came to Manila, we had an unofficial agreement that our next release would be mixed by him. Working with someone overseas is not easy and we spent a lot of time sending files back and forth, and staying up very late just to discuss online. Ivan played a very big role for this album and working with him is one of the best decisions we’ve made.

How does Foreign Languages differ from your older records?

We would say that the we feel more comfortable making music together this time. IDEAS EP was recorded just months after our lineup was finalized, compared to more than a year spent writing Foreign Languages. As cheesy as it sounds, this is the sound of our friendship. 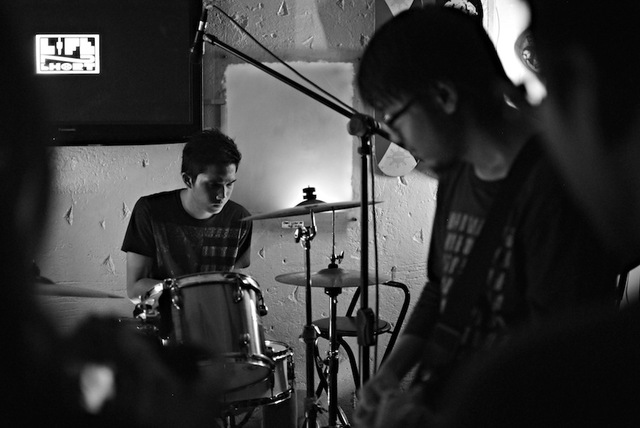 As lame as it was, our goal for IDEAS EP was to release it as soon as possible before another local band could come out with a similar sound. In contrast, we took our time writing and recording Foreign Languages. There were a lot of delays and setbacks but it didn’t bother us much since we were more concerned about the sound of the album rather than meeting our self-imposed deadlines.

Why 'Foreign Languages' though? What foreign languages would you guys be interested in speaking?

To be honest, we’re not really sure why we picked that one as a title. It now sounds lame coming from us that we do not have an actual reason why we named it that way. ‘Foreign Languages’ was actually a placeholder text that we used while doing the art layout for the album and it just stuck until release.

The same is true for the track titles! We’ve been performing the songs for a long time even before they had titles. Our handwritten setlist typically contained a bunch of gibberish numbers!

All of us want to learn Japanese. We have been in love with their culture and look forward to the day that we won’t need subtitles while watching anime.

One of our silent ambitions is to do a score for a film. We would love to write music for a mystery film or something animated. It would be really rad if we could do that soon!

We’ve had the privilege to catch a few bands from Philippines here in Singapore, and we realized that you guys don’t tour regionally so much...

It’s more about priorities for us since we’re very busy with our daily lives. It would be hard for us to set aside a week or so to play overseas. We should also mention that even locally, we don’t play live as much because of our schedules.

Another reason is finances and touring costs money. If we were to spend a lot of cash for touring, we would rather use it to buy ourselves studio time and record new tunes instead.

I think at this point, we’re not yet ready to tour outside the Philippines but we’re really working hard and preparing for it! Playing with Silent Scenery and ANECHOIS during their Manila shows was one of the best experiences we’ve had and hopefully we’ll switch places soon and we’ll being the guest touring band. We’re keeping our fingers crossed and hoping we get a nice offer from a promoter overseas! 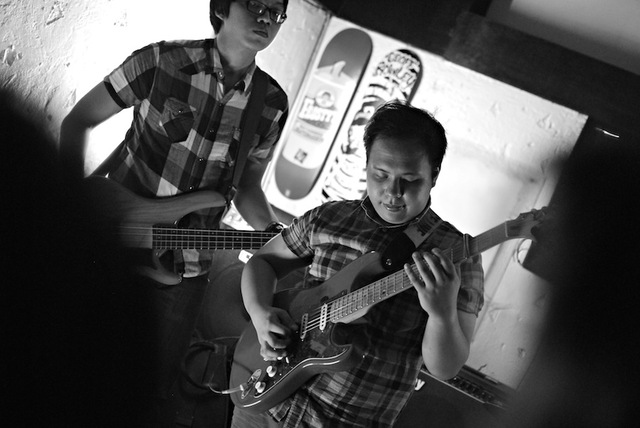 There’s not a lot of math-rock outfits in the Philippines, why do you think it is so? Do you think culture plays a part in shaping the Filipino sound?

Yeah, we believe it has something to do with the culture. Some of our friends are still shocked whenever they learn that we don’t have a singer in a band. Questions like “So it’s just instruments and nothing else?” is something that we get a lot.

We feel like we’ll be hearing more math-rock and post-rock bands from our country. Thanks to the internet, more people are becoming inspired by those genres and we are sure a lot of guys will make new musical groups soon. More music for everyone!

Awesome! What’s next for tide/edit?

We’re also preparing to write new songs together. Hopefully if all goes well, we would be releasing new music sooner than expected.

toe | a book about my idle plot and vague anxiety

Toe is pretty much the band that got us into the music that we’re playing. We won’t be shy to admit that we are heavily inspired by Toe. This album is our favorite and we always listen to this while driving around Manila. We know the songs by heart and this album has touched our lives in many ways.

We are forever in love with anything Kinsella does. This was one of the earliest albums that we enjoyed as a whole. “Never Meant” is just amazing.

Though we’re not as mathy as people claim us to be, this album taught us a lot about odd time signatures. We’ve listened to this album over and over, and at one point we’ve gone as far as analyzing their song structures. This band makes complicated things sound simple.

We naturally got into A Picture of Her after listening to Toe. The subtle vocal lines are so good! This is the album that we listened to a lot while we were writing the new tracks for this release.

This album is one of our greatest discoveries ever! We love Henry’s voice before he joined TTNG! The overall simplicity of their songs is just amazing and that’s something we will always try to achieve in our songs too. We really wish this band would reunite and record more albums for humanity.