We first took notice of VOX last year when they played a series of shows that gathered quite a bit of attention and hype. Imagine this - a pop-rock band, only minus the (always) mediocre singing and on strings. Classical music is not what it seems anymore. Gone are the powdered wigs and super long suites, VOX reminds us that this genre, given a little twist can actually be fun! We catch up with them ahead of their sold-out show on Saturday: The Vox Experiment.

Hey VOX, it's been a while! What have you guys been up to since our last chat?

Lester Kong (LK): Everything has really been great for VOX. And we are definitely more into this band then anything else!

Justine Loh (JL): Yo! Good to see you guys again. Been busy, but good kind of busy!

Melissa Liew (ML): Taking a brave leap into unchartered territory (at least by us).  I think we’ve grown tighter both musically and as a team over the past year and a half.

Huiwen Tow (HT): We thought we were all going to die when the world was supposed to end last year, and since it didn't, we thought we should make better use of our time to put together an awesome concert.

Other than classical fusion, are you guys experimenting with other styles and genres?

LK: We are always very open to new ideas and collaborations. But pretty much we will not leave pop behind us.

JL: Anything and everything which rocks our boat!

ML: I agree. We’re open to pretty much any sort of combination of music and styles, and will definitely be on the lookout for new sounds to create.

HT: Most definitely. VOX has always been built on an extremely open mindset. So bring on the jazz, nu-age, samba and masala!

Must be pretty sweet to score a gig at the Esplanade Recital Studio, what are some of your memorable gigs?

LK: My most memorable gigs are those that have audience singing, dancing and rocking to our music. Seeing your audience enjoying your music to the fullest is what most musicians dream would be.

JL: Lots! Especially if it involves lots of alcohol. Drunk audiences are the best! They sing totally out of tune, faces red, dance along with alcohol in their hands, come up to the stage to jig with us... the full works! But we love it!

ML: I agree with Lester. F1 is always great because the scale of the performance tends to be bigger and the crowd more diverse.  But in any performance, the live feedback from the audience is an extra energy booster for any performer.  It’s also fun post performance, when audience members come up to you to tell you that they really enjoyed our music and ask to take a picture with you. No requests for autographs yet though!

HT: F1 is always fun. The most recent and memorable gig I can remember was one when we had a whole bunch of uncles in fancy suits, swirling their wine glasses and singing to Sweet Child of Mine. Super awesome.

We know mash ups are not easy, how do you decide which songs go together?

LK: Trial and error! Many times what sounds great in your mind might not really work till you rough it out with the band, just like food, you need to taste it to see if you like the new and adventurous seasoning your chef just added.

JL: Random suggestions, really! From then on, it's up to Lester's genius prolific composer mind to do the work :P

ML: I think you not only have to look at technical things like key and chord progressions, but to find the commonality between the mood/character of the two different pieces that you want to combine.

Two of my favourite mashups would have to be Smoke on the Water with Beethoven Symphony No. 5, and Rolling in the Deep with Mozart Symphony No. 40. Shout out to Lester for coming up with and arranging these mashups.

If you think about it, Smoke on the Water and the Beethoven Symphony, which are both iconic pieces of their day, each have something electrifying about them which is what I think makes them they fit so well together. Rolling in the Deep and the Mozart Symphony to me share a tension and restlessness, which ironically, makes their marriage a perfectly harmonious one.

HT: Guts, luck and prayers to the music gods. 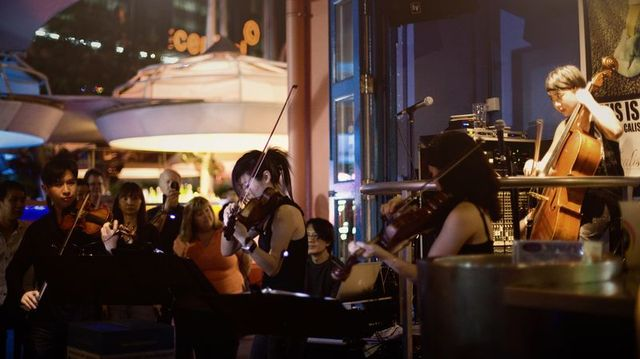 What was the intention of bringing in a full band for the upcoming show?

LK: It’s to get the LIVE rock/pop band feel altogether. It has been something we always wanted but due to various restrictions, it has always been tough to get such a big set up.

JL: Just like how it's always more fun to see a rock band live in concert rather than listening to them through your headphones, there's always that rawness and energy that comes with live music.

ML: Agree with Justine. and I think there’s something about live music that’s not just exciting, but makes it a much more personal experience for the listener. It’ll be a different experience both ourselves and the audience. Plus since it’s our first ticketed gig, we’ll be giving the audience more bang for their buck.

HT: Really simple actually; so that we can be the rock stars of the show with a full live band support, explosions and fireworks (metaphorically speaking at least).

As a modern classical band, what are some difficulties you face when it comes to promoting your music?

LK: Acceptance. It’s always hard to convince people to try something new. Many are used to categorizing music and they find it hard to find one to place us into. But till you hear us, one might just have a different perspective towards our music.

JL: The fact that people always think of us as a classical string quartet. But the moment we start our sound, people get a pleasant surprise. Soon, they start bobbing their heads and tapping their feet. The drunker ones would start yelling out the songs and jiggin' along with it. Oh, and the fact that people always want to try and replace Lester with a hot female, haha!

ML: Yes, as if there aren’t already enough hot females in the band.  Lester balances out his yin with our yang. Or vice versa.

I think another thing would be people asking us why we don’t have a singer in the band - I’m not saying it wouldn’t be cool to work with a singer, but what people should understand is that for us, our instruments are our voices.

HT: People think we are boring nerds just because we are a string quartet (cue: Pachelbel's Canon).

It's been 4 years since VOX began, what are some achievements that you're proud of?

LK: The whole VOX growing and more people are liking our music. Members are getting so much tighter both technically and emotionally and that really make our performance great and real.

JL: Wow, many. F1 year after year, this upcoming concert, AYOG, ATV Awards... and even the simple fact that people recognize us from previous gigs that we did, remember us, and come up and say hi to us, and compliment and encourage us to continue with what we're doing because they think it's great. We once met an Aussie couple at the most recent F1 who told us that they came over from the stage where Bananarama was playing to watch us instead! Made our day!

ML: I think what I’m most pleased about is seeing how we’ve grown closer together as a band. I think that’s important as it makes the music-making so much more enjoyable.

HT: Putting up The Vox Experiment is one of the biggest things that we're proud of because we are truly originating, re-creating and re-interpreting to push the envelope of difference. 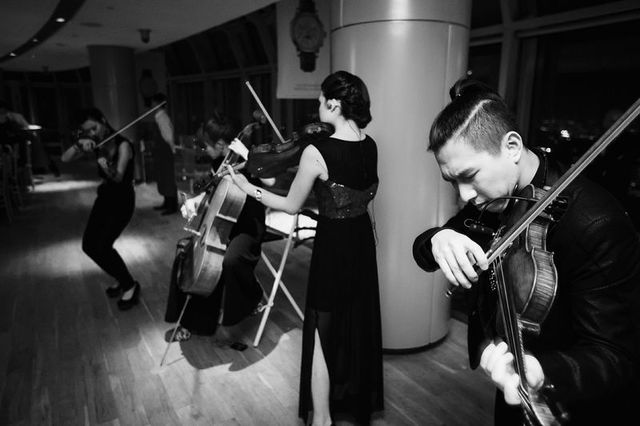 What's next for VOX?

LK: We hope to tour Asia first, to share our music to more people and bring the joy and possibilities of playing classically instruments in a different genre.

JL: To educate people into being more open minded, especially in the arts world, since it's all about creativity and letting imaginations run wild. There should not be fixed boxes in which people can categorise music in to, but that people should be brave and explore.

ML: Expanding our horizons. Playing on bigger and bigger stages. Going where no classically trained musicians in Singapore have gone before.

HT: TOURING. We really want to meet more people and more musicians from all over the world. 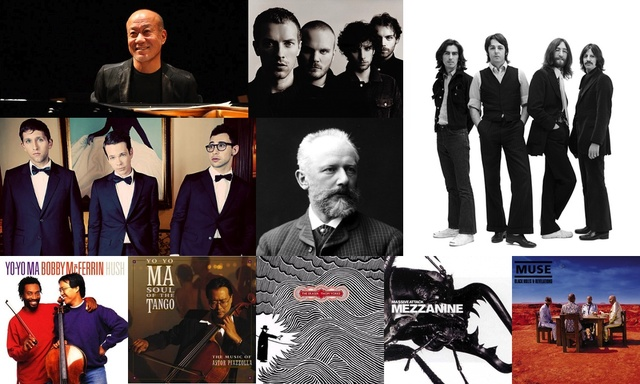 JL: It's hard to answer this question, really, since our influence comes from every and any direction. Although, I can probably name a few big influences in general. I grew up with the Beatles and still blast them in my car on the way to work. While studying in UK, my housemates and I used to do our housework and do the dishes along with Muse and Coldplay and all the Brit bands and artistes. Then there is Joe Hisaishi whom I absolutely have the hots for. He scores for Hayao Miyazaki's anime films and his talent spills into conducting and playing the piano, apart from having a great fashion sense. And all the various musical soundtracks, movie scores, classical giants like Brahms, Tchaikovsky and Rahmaninov, and of course, your regular radio hits and popular Top 10s.

ML: I can’t name any specifically but I would say watching established bands perform help me to learn how to be a better performer. I watched Fun. in concert a few weeks back where they played songs from their latest album Some Nights. Although most of the concert was spent screaming ecstatically, I did observe them to be engaging performers who really knew how to get the audience excited and involved.