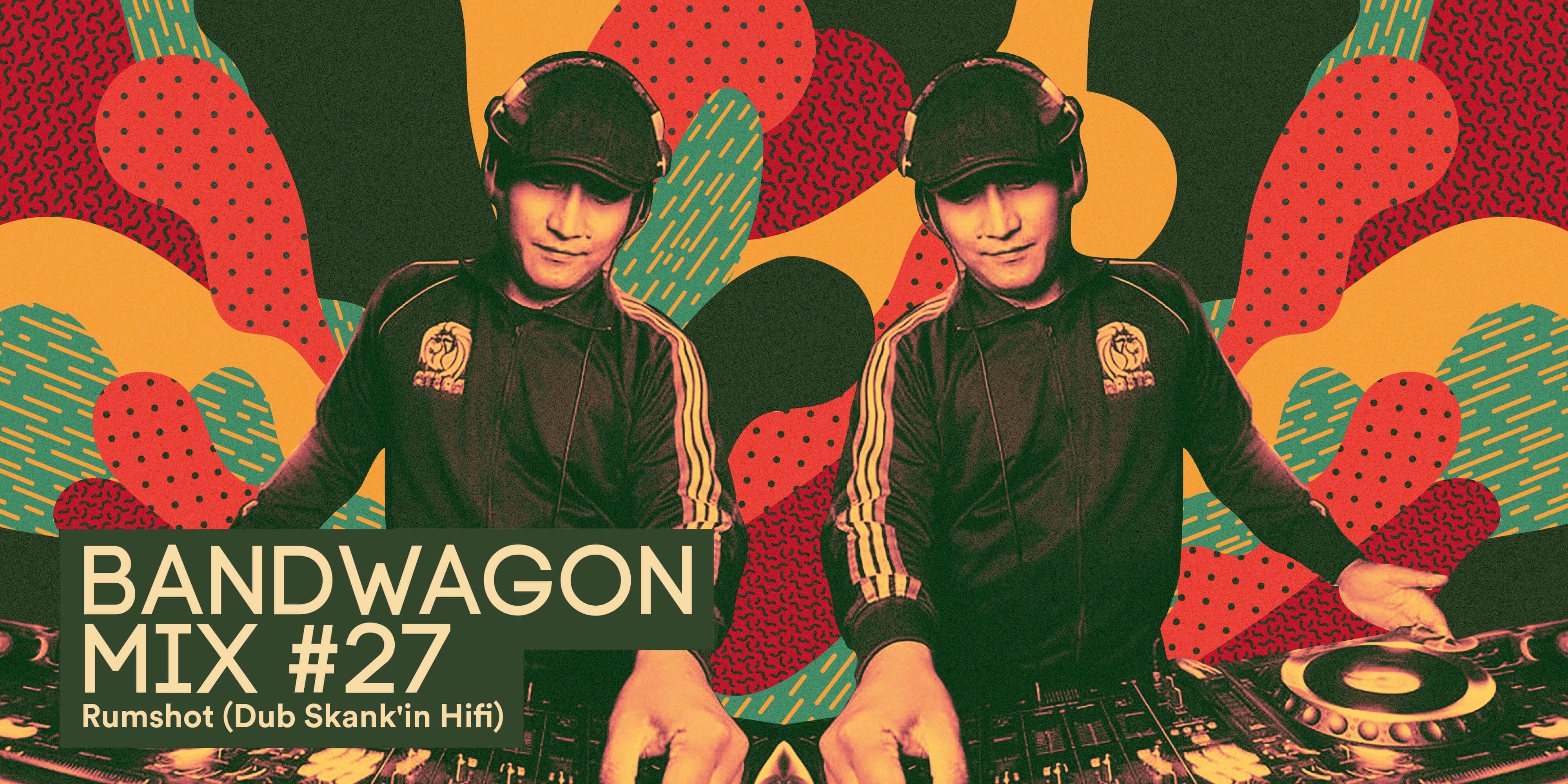 When it comes to roots music in Singapore, few come as highly recommended as Rumshot. As one of the originators of Dub Skank'in Hifi (alongside Ras Irie), Singapore first 100% independent and homegrown dub soundsystem, he's been successfully running dub, ska, reggae, jungle, rocksteady, dancehall and world music parties across Singapore and Asia since 2010. Most recently though, the respected selector is probably best known as the co-founder of Singapura Dub Club (alongside Masia One), celebrating the red, gold and green culture with events all around the region.

And when he isn't busy DJing, Rumshot is also holding it down as the live percussionist for bands such as rock, roots and reggae collective The Irietones and Afrosoul meets Brazilian funk outfit Instigator Afrobeat Orchestra. Rumshot is obviously a multifaceted rastaman who's deeply passionate about bringing a slice of Irie to the Lion City, which is exactly why we've invited onboard the Bandwagon Mix this week. Enjoy the good vibrations on this one.

Brother Culture - No, No, No

The Fugees vs Max Romeo - Ready Or Not (Dreadsquad Blend)