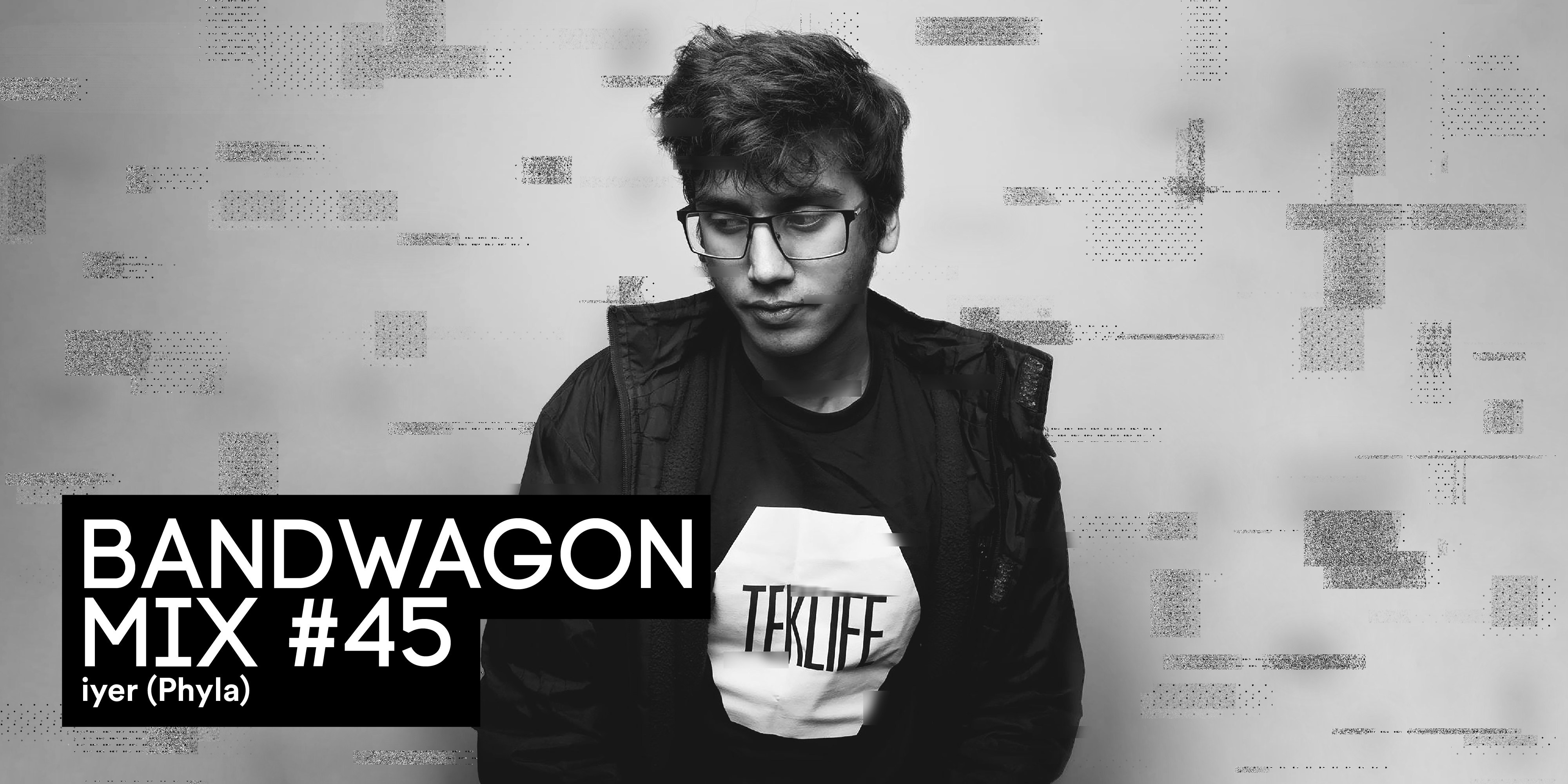 From Singapore and San Francisco to Toronto and Bangalore, iyer (real name Nikhil Ramakrishnan) has been blazing a trail as one of the most formidable footwork purveyors we've encountered over the years. Though he's made a name in many cities, here in the Lion City, many heads will likely recognize Nikhil as the co-founder of the Phyla Digital record label (home to FAUXE, Anomy, O$P$ and more), while some of the older junglists will definitely know him from drum & bass events under his lihkin alias.

Lately though, iyer's overseas output as a footwork DJ and producer has been nothing short of stunning. Having released on respected international labels such Forbidden Trax and Good Street, Nikhil has also also gone on to hold on his own playing alongside giants such as Jlin, DJ Earl, DJ Taye, Mumdance, Addison Groove, Compa and Amit in recent weeks. So ahead of his return to Singapore later this month, we couldn't help but get the prolific Nikhil to guest on the Bandwagon Mix!

Here, iyer presents us with an absolute beast of a set, rinsing tunes from legends like Rashad and Spinn to local heroes like Kiat and Diphasic. Enjoy!

Rootless - Say To My Face

Keeper - Next To Me (Lefty & Nikes Remix)

The Heights & Kush Jones - No Discussion

Rashad, Spinn, Paypal - Do You Wanna Be Mine

Greazus - You Make Me Crazy

Alix Perez - Had I Known