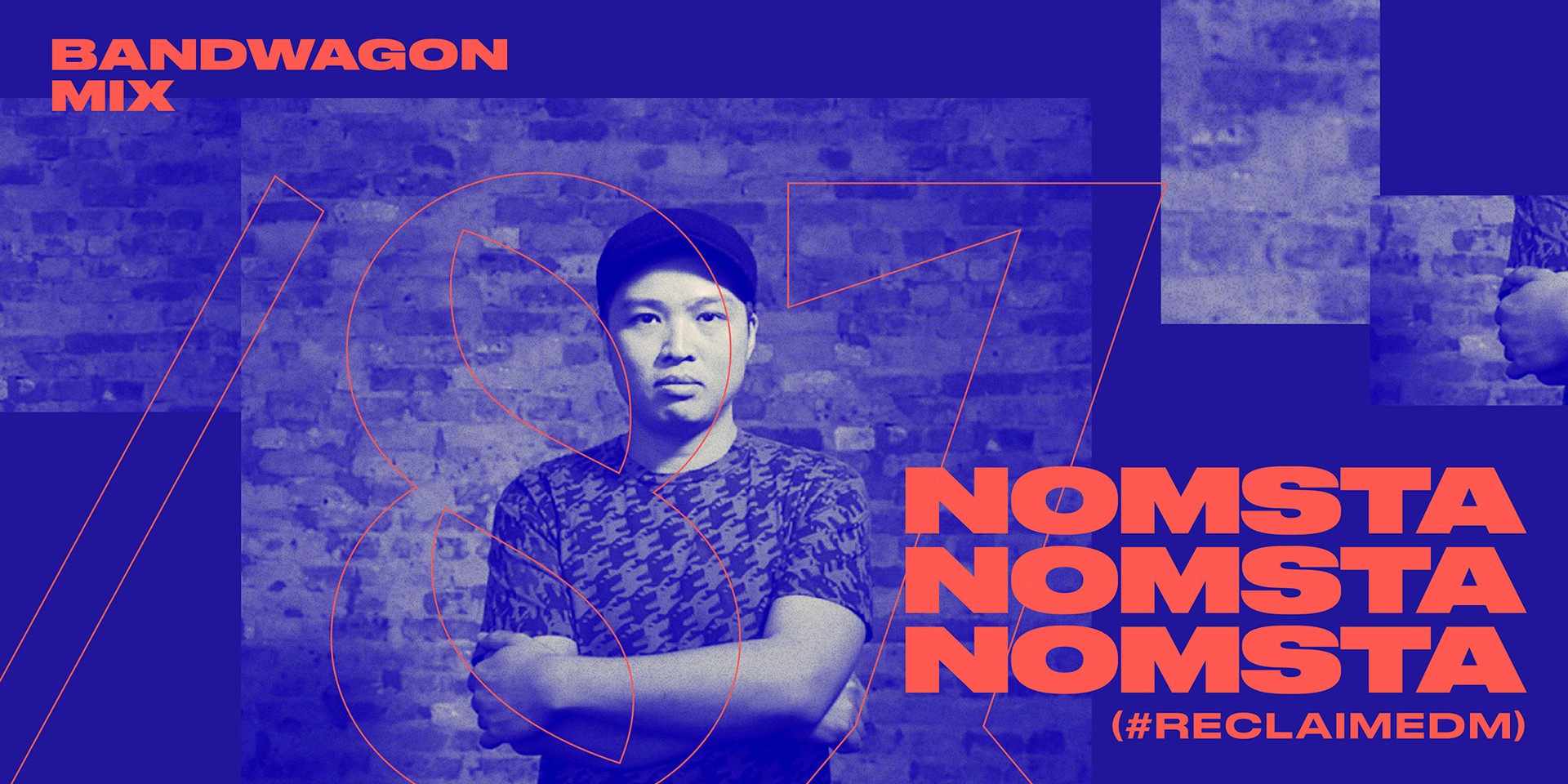 Dance music is eternal, although within the past decade, it has also been a dominating force in popular music. And for many dance music lovers, it's not entirely a good thing.

What has evolved into EDM — big-budget music festivals and chart-topping singles all included — is also a focal point of derision for many, especially with its genre tag. This forms the grounds of #ReclaimEDM, the main project by Singaporean DJ NOMSTA. "#ReclaimEDM documents a music movement that's keeping the underground quality and authenticity of dance music," he says, "the artists, labels, venues, promoters, events and scene."

Born in 1974, during a decade when disco and funk music flourished, NOMSTA's music predilections quickly aligned with the burgeoning presence of electronica, house music and hip-hop as a young, devoted listener.

"The first-hand experience was tremendous, listening to all that funk, soul, disco records in my family's collection as a kid," he says, "then connecting it to the whole acid house/rave culture that was happening in the West. This is the time when I started my music collection."

Citing a cassette compilation of house music he received at 15 for sparking his interest in dance music, NOMSTA has kept stock of the growth and proliferation of the EDM empire, and #ReclaimEDM was launched as his form of resistance to protect the authenticity and "raw quality in music" that he's adored over the past few decades as a listener and professional DJ.

On EDM, he opines that "it's not breaking new grounds to give music progression. It's very hard to stand on the sidelines and watch when you have the love for it. So the idea of #ReclaimEDM came about when I first used it as a hashtag on some of my music posts, and I thought it would be great to make it into a project."

Allowing users to listen to various playlists, along with extensive profiles of local and international DJs, #ReclaimEDM's stance is devoted to maintaining dance music's eclectic roots, and NOMSTA presents a lengthy journey into the foundations and innovations of dance music on this Bandwagon Mix, tied together by the DJ's loving curation.

With many years on his back as a dedicated DJ, you can expect the website to remain for the forseeable future. His current goal? "To keep the connection with the music and scene that's rooted in the soul of authenticity, and keep supporting it. I know it's a life-long mission for me so it's not gonna go away anytime soon."

Stream his Bandwagon Mix below: