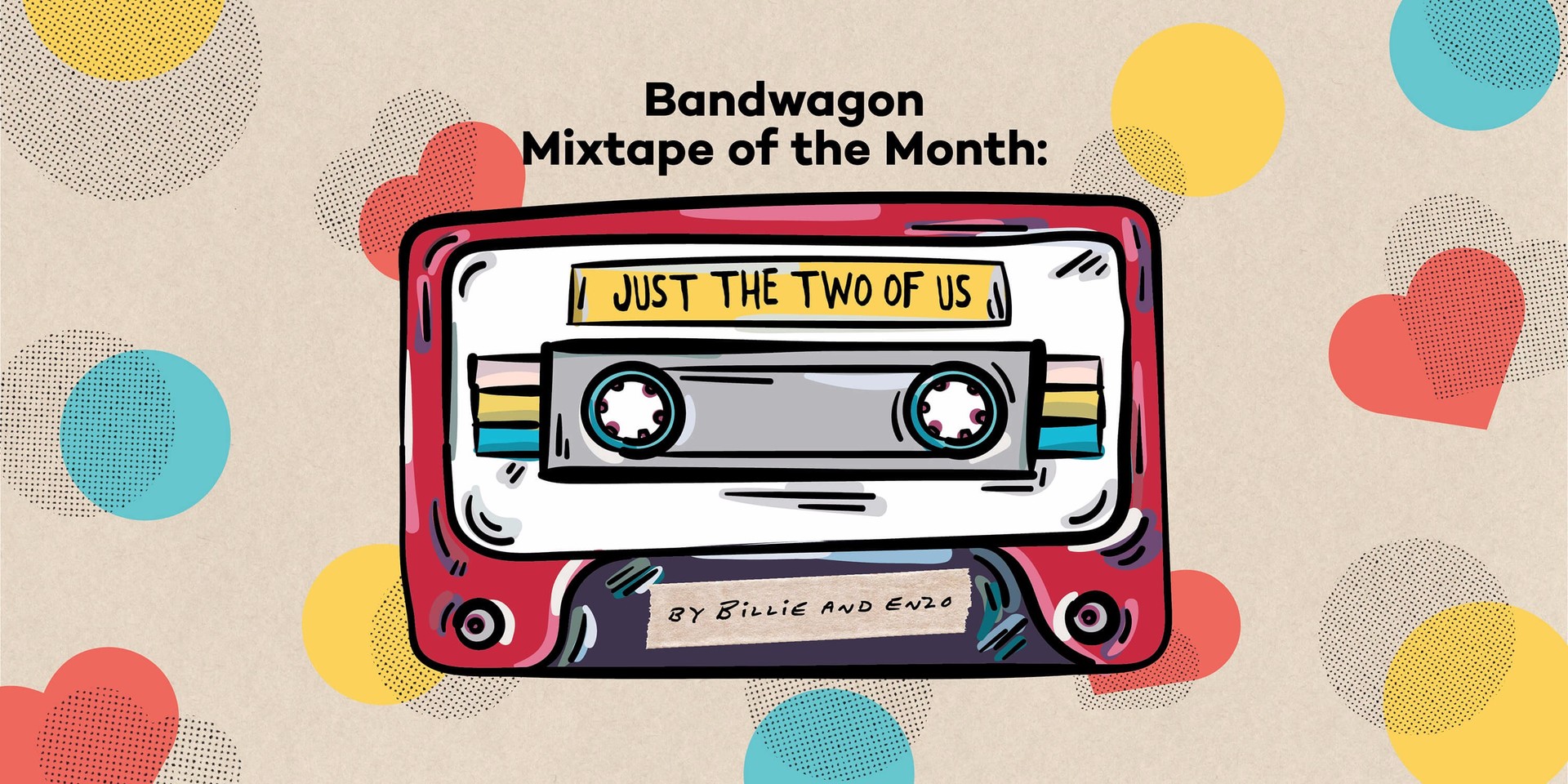 Every month, we invite special guests to curate a themed playlist for the Bandwagon audience. The themes, prescribed by the Bandwagon team, revolve around significant events during each month; each guest then interprets the given theme according to their fancy.

Starshine Roshell probably said it best: If you're looking to date a musician who can make your soul wail a power ballad, you should go date a bassist. Bass players are classy, laid-back, and unassuming in the way they keep the rhythm and the melody going; always happy to just do their thing while calmly holding the entire band together in style. And if you've ever held a bass guitar and slid your fingers against those rope-thick strings, you'd know how that, along with the humility and grace of the ever-dependable bass player, also comes a slick and steady strength that simply makes them so. damn. sexy.

This is probably why Billie Dela Paz and Enzo Zulueta make such a perfect pair. Enzo plays bass for long-time indie favourites Ang Bandang Shirley, as well as social media savvy noise-punk band BEAST JESUS. Billie does the same for eccentric indie-rock outfit Oh, Flamingo!, who are all set to join an amazing lineup of international and local acts at Wanderland 2016 next month.

The two have been together since 2012 and, according to friends, have always been quite the amusing (read: adorable) pair. Like the bassists they are when they play, it seems Billie and Enzo are just as unassuming, steadfast, and effortless in their affections for each other. Can someone say #RelationshipGoals?

Read further for some comments from Billie and Enzo about their song choices in this mixtape, to bring on that extra cheese factor during this Month of Love.

1. EXCUSES - Minus the Bear
Running out of excuses
When we know what the truth is
I'm into you, I'm into you

Billie: I was in denial about my feelings for Enzo so I played this on loop, and I was like, "What the heck, let's go for it." LOL. #LANDI

Billie: This song resonated with me as it speaks of the impact of someone on another's life, ane how the simple things that people do together can make them so happy - even the things as mundane as sharing clothes, and keeping toothbrushes in each other's place. (Enzo has an irrational hatred for John Mayer, but whatever.)

3. WEEKEND - Last Dinosaurs
Let's go to the empty park and talk till it's really dark

Billie: We share a common love for Last Dinosaurs, so we had to put them in this playlist. This song in particular makes us reminisce about the nights we spent going around the city, watching gigs, exploring places, and talking until the sun came out.

4. BABY I LOVE YOU SO - Ourselves the Elves

Enzo: Upon hearing this song the first time, I thought, "Really, this isn't a cover?" It's an instant classic!

Billie: We tried learning this song together on guitar/ukulele, and then that Edim7 chord came up... So we just moved on to another song. Hahaha!

Billie: This song was used to put Enzo to sleep when he was a child.

7. A REMARK YOU MADE - Weather Report

Billie & Enzo: It has a very nice melody!

Billie: ​Saktong swabe, and it's Jaco Pastorius. The main melody is done by the bass. It's THE bass song. We are both bassists. We LOVE bass. We must have a bass song in the playlist.

Billie: This song is not necessarily about love, but it definitely contributed to our love story. We had Phoenix on loop on Enzo's iPod when we randomly decided to take a bus to Tagaytay. What's sweeter than sharing a pair of earphones? (#LANDI) It's our most memorable date to date.

10. WHEN IT COMES AROUND - Nights of Rizal
You gotta let yourself let love in, 'cause nobody else can, and no one else will.
Once you feel it, you'll just know. When it comes around, don't let go.

Billie: Take it from Tiyo Migi—when you find The One, don't let them go.

Billie: We actually wanted to put the song "Themesong"  from Ang Bandang Shirley's first album, but it's not on Spotify. Enzo shared the Themesongs album to me and it was the first time I ever saw him being cheesy about love and stuff. And then, ten years after Ang Bandang Shirley released the song, he became their bassist. What a great turn of events.

Enzo: True love is more of the everyday things and the simple places—not the grand gestures that we see in TV and Disney movies. THEY'RE IN LOLLIPOPS.

Billie: Enzo is a huge fan of Radiohead, by the way.