It's been a few weeks in the making and today we're very excited to launch our fortnightly video series - The Bandwagon Sessions! We've invited a couple of class acts from our very own city-state down to our headquarters to perform a track for us. Along with our spiffy videographer and sound engineer, we'll be putting up a string of quality performance videos every two weeks for your enjoyment. 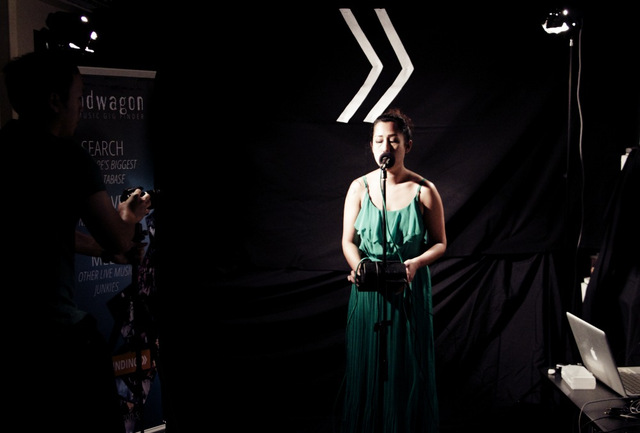 For the first iteration of our Bandwagon Sessions series, we present to you the soulful and talented Vanessa Fernandez AKA Vandetta! A veteran DJ (ex-98.7 FM, currently on Lush 99.5 FM) and singer-songwriter, this vocal powerhouse has been making waves internationally through Octover (with electronic producer Jason Tan) and also through her solo work as Vandetta. She recently released her debut self-titled EP - released through the Syndicate label - featuring the single "Fly", which has received praises by Pitchfork and LA Weekly. Catch her next month as she opens for Four Tet live at Zouk, along with Cosa Nostra.