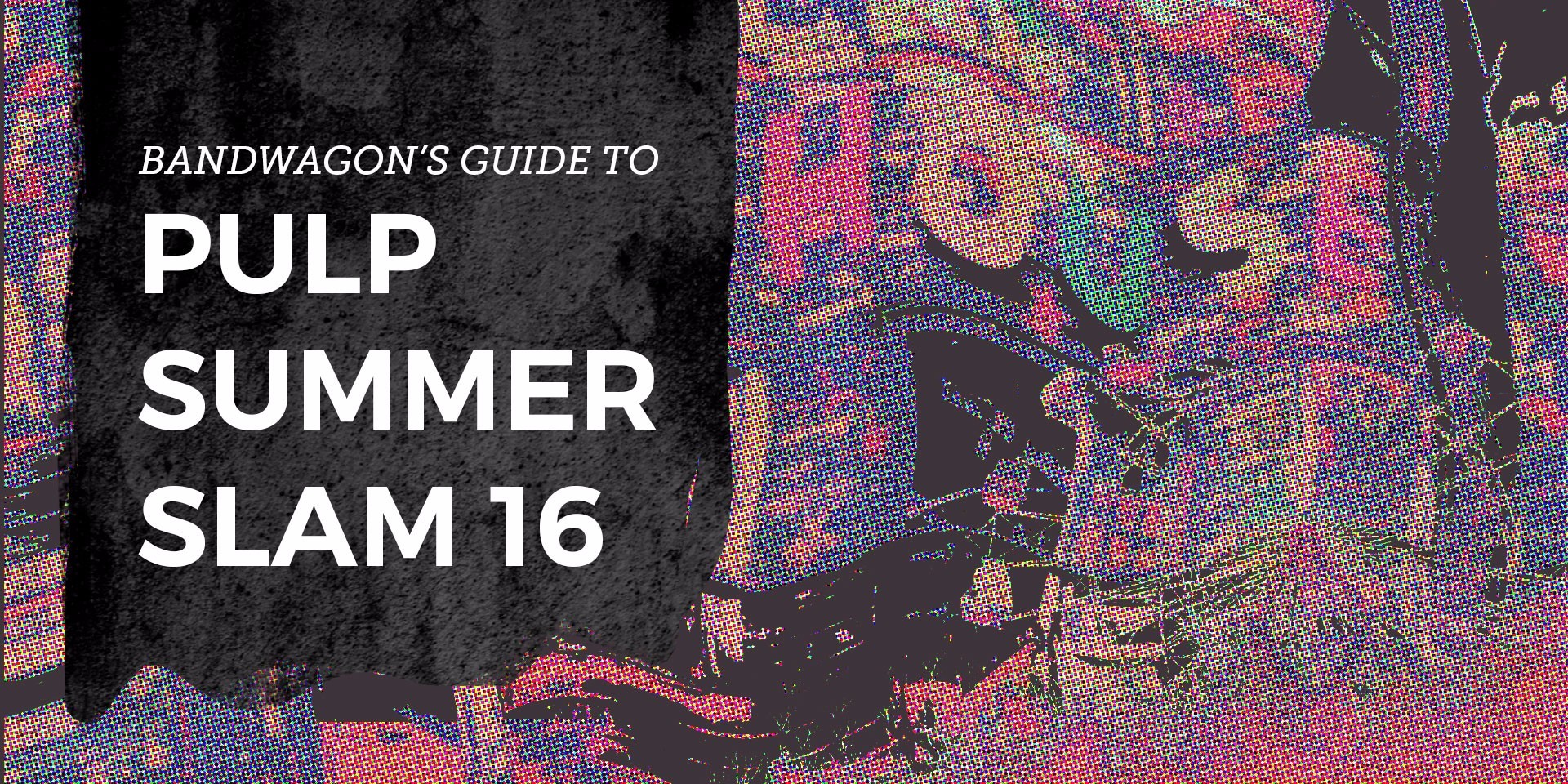 The indie fests have come and gone, but festival season is far from over. This week, Manila hosts South East Asia’s largest and longest-running metal festival—PULP Summer Slam: Come Out and Play! Already on its 16th year, the Slam has been an annual tradition-religion for the 30,000-strong Slameros that flock to Amoranto Stadium on the last Saturday of April. Here's what to expect. 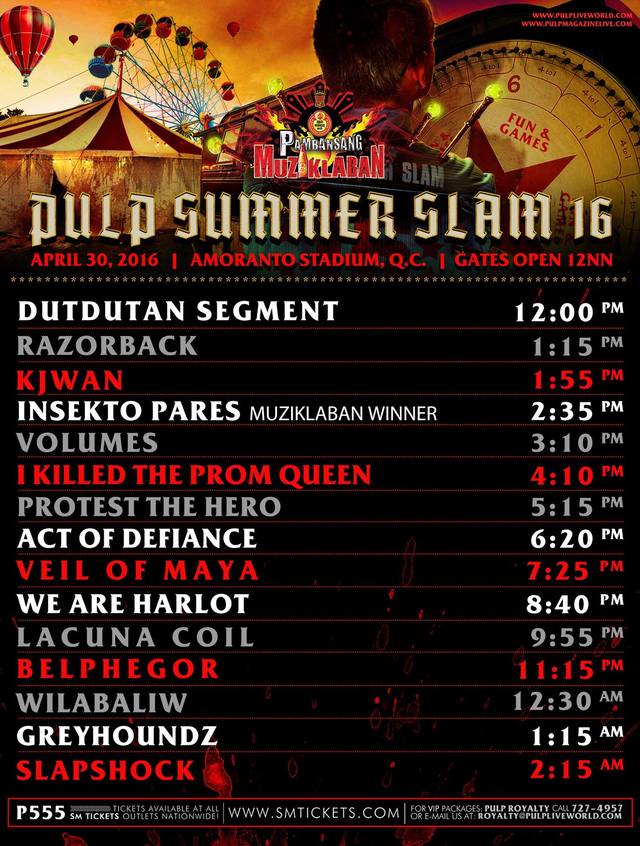 PULP switched it up this year, sandwiching the eight international between the six local acts, ending strong with Red Horse and Pinoy Rock staples Wilabaliw, Greyhoundz, and Slapshock. Definitely stick around; you wouldn’t want to miss the kings in their home court.

The price for admission is a mere 555 pesos. For roughly the same amount of money spent at a local bar gig (well... EP launch... with the CD), you not only get to watch big-shot bands for 15 hours, but you also receive a free PULP mag, a cup of beer, merch discounts, among other things. 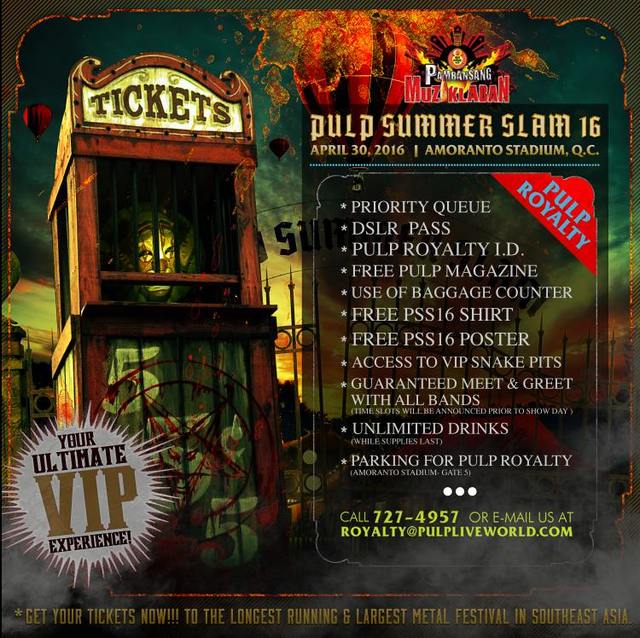 Same goes with their VIP package, which costs Php 6,500 and entitles you to a photo and signing session with all international bands, access to the way-up-front snake pits, DSLR passes, PULP merchandise, baggage service, the list goes on!

We mean it. For one, there usually aren't games or activities inside. It’s all about the music here.

Just bring enough for food, water, and merch. Fair warning: The lines for the much-coveted, easily-sold-out, Tribal-sponsored souvenir shirt start the moment gates open, so expect to line up for ~2 hours (maybe longer) in the sweltering heat if you’re coming in later. 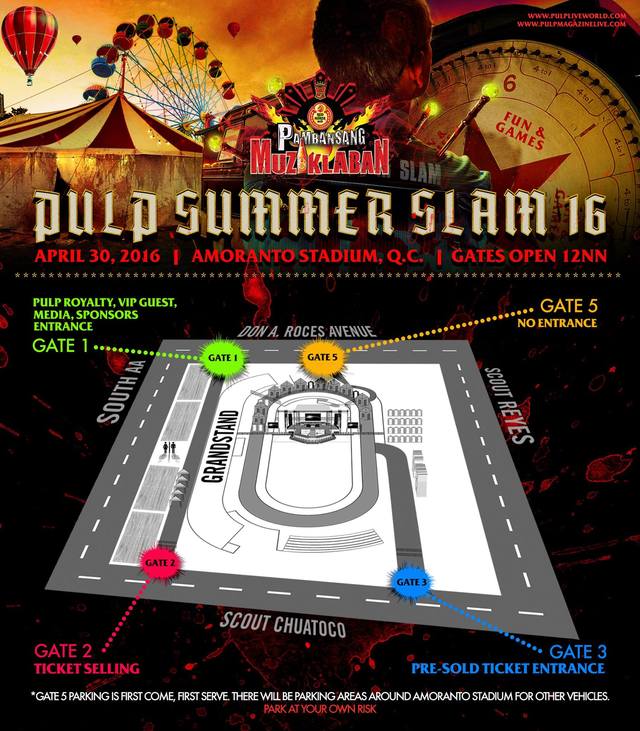 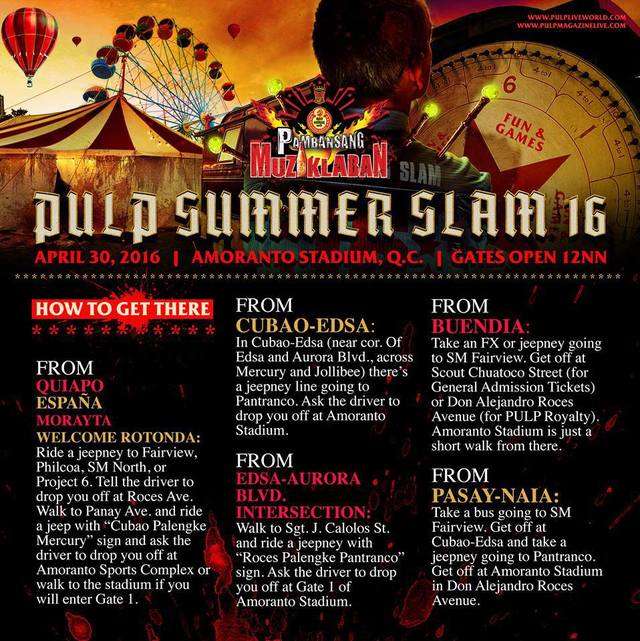 For another, the Amoranto area is not parking-friendly, but it is very much commutable.

Drop the pointy umbrellas and spiky outfits. Dress comfortably. Half the venue is a covered bleachers area if you need some shade or a place to rest. 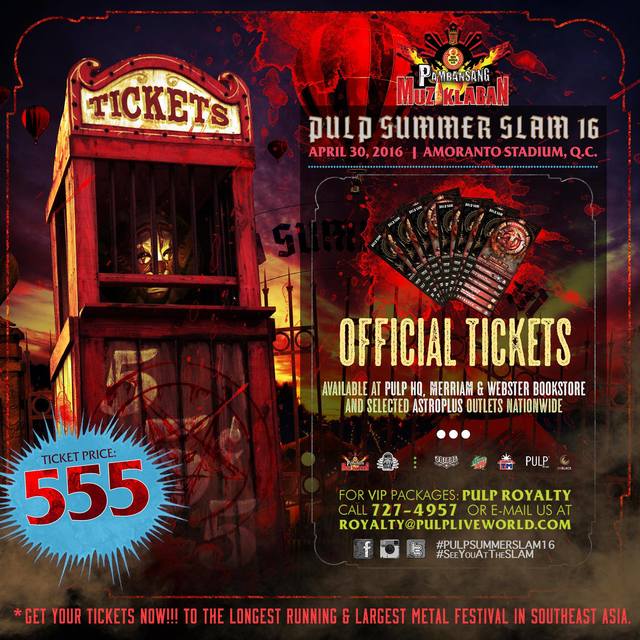 And don't forget to get your official ticket! If you bought via SM Tickets, you'd have to line up to exchange it on the day.

Filled with tattooed, costumed, crazy-haired, all-black-struttin’ fellas, the Slam is nothing but an annual convention of metalheads, transcending social class, all for the love of music and moshing. Circle pits and walls of death have a scary reputation to the uninitiated, but for the record, people don’t run to purposely bump into nor hurt each other; it just happens when you’re rocking out on an extreme. If that’s not convincing enough, just see for yourself when you spot that guy with crutches crowdsurfing! Audience interaction is the true highlight of this one-of-a-kind festival.

Ready to immerse in a raw rock experience? See you at the Slam!