After the bevy of electro smooth sounds last week, we're back to our eclectic mix. In this edition, find some chill alt-country psychedelia, zombie cinematic post-rock, a noisy girl group that is faaaar out from Spice Girls, some local folk and one gem we found that couldn't label yet. Enjoy!

To rope in Mogwai to do the soundtrack to a French zombie TV show is a pretty epic move. After all, the living dead and post-rock seem to a good fit – think Cillian Murphy waking up in 28 Days Later to Godspeed You! Black Emperor’s breathtaking “East Hastings”. These post-rockers do cinematic with utmost class. The haunting score is inspiring and evokes moods more than fear and horror which is perhaps more apropos for a show like Les Revenants (Ghosts or ‘the returning ones’) which deals with the undead more concerned about rejoining society than consuming brains. Instead of toying with your feels and then unleashing a behemoth of sound, Les Revenants serves more as an accompaniment to the show. It’s almost fantasy-like, mournful and aching at times, bleak and full of despair but still quite brilliant. All I can say is, that show is pretty bloody lucky to get Mogwai to score for them. 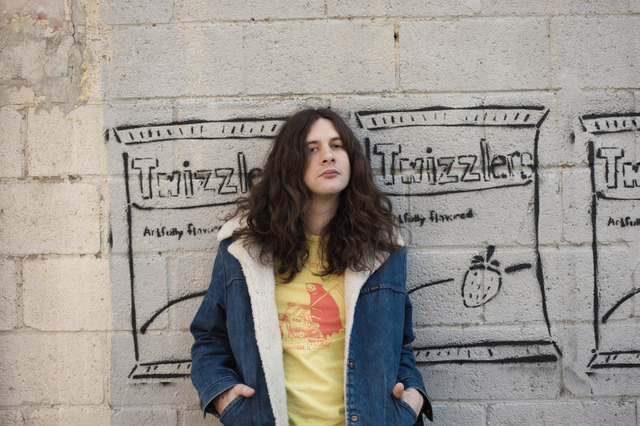 Formerly from The War On Drugs, Kurt Vile is truly the king of chill wisdom. On the same vein as his previous Smoke Ring Around my Halo, his fifth album Wakin’ On A Pretty Daze is still introspective and wistful and feels like one long, woozy jam session, but it is far from boring. This 70-minute album definitely has its merits. Keeping it simple, no grandiose orchestra or special effects, his brand of psychedelic alt-country slide guitar shines through in this album. Songwriting-wise, he never disappoints. Effortless and deep, this introspective wisdom shines in songs like ‘Pure Pain’ where jagged and harsh guitar riffs slowly open to a spirally and hazy acoustic chapter. In the title track he succinctly and sensibly goes on to describe love in: ‘It’s hard to explain my love in this daze.’ Wakin’ On A Pretty Daze a good introduction to Kurt Vile if you’re not a follower but will also please his fans. If you have a lot of down time and want something meditative, pressure-free and comfortable to listen to, choose this record. Let his calm, ragged voice preach to you about life, love, music and regret.

It’s easy to feel nostalgic with this impressive debut by post-punk quartet Savages. For a young band, they come across as savvy when it comes to their sound. Drawing influences from great bands, such as the vocal theatricalities of Siouxsie Sioux and Karen O of the Yeah Yeah Yeahs, the chaos and noisiness of At The Drive In and maintaining the post-punk sensibilities of The Slits and The Cure. But making loud music is not just what they’re about. Dark lyrics, operatic goth vocals, distorted guitars and aggressive bass all come together tastefully, it’s like fine art’s punk cousin. And Silence Yourself is indeed an apropos theme in their music and live shows. Their ban on camera phones, Instagram and other gadgets at their shows has created even more buzz for them when people started talking about their shows on the social mediums, kinda like how people used to talk about underground bands in the past to spread the hype. Kudos, Savages.

Standout track:
She Will, Shut Up, Husbands

Certain sub-genres have the unique (read: dubious) ability of being classified with some of the most innovative bands in recent times, along with a cavalcade of unashamed imitators. Math-rock is one of them. For a genre that relies heavily on technicality, you can get the most skilled musicians either breaking ground with inventive compositions or songs with regurgitated structures that sound just way too familiar.

For a band like Mice Parade, their name doesn't leave much to the imagination. They just let the music do the talking. Oh what sweet sounds they make. Their latest effort, Candela, takes the precise technical playing found in many math-rock bands but add an eclectic dose of vibrant ethnic world music like flamenco along with electronic beats, indie-rock guitars and subdued vocals. Not to mention, they have a pretty sweet ear for delightful melodies.

The band has been around for more than a decade but have never gotten considerable attention with both music listeners and critics. With Candela, they might not achieve huge success but hot damn do they need to be heard.

Dawn Fung | In The Evening Sun

Local folk singer-songwriter Dawn Fung released her debut album The Last Morning in 2010, a folk-influenced album filled with biblical imagery and narratives. In The Evening Sun is no different - an album that directly appeals to all, with an easy-going, lighthearted style that seems dedicated to children. It’s fairly simplistic and enjoyable, with some moments of pensive quietness, especially in the standout track Peace Like Rivers Falling. It has the element of comfort and tranquility that feels familar, a sound dedicated to the Singaporean everyman with the warmth of an old friend.