Here are our picks for the second edition of Bandwagon Selects. We hope your month ahead is filled with great music, make the right choices! 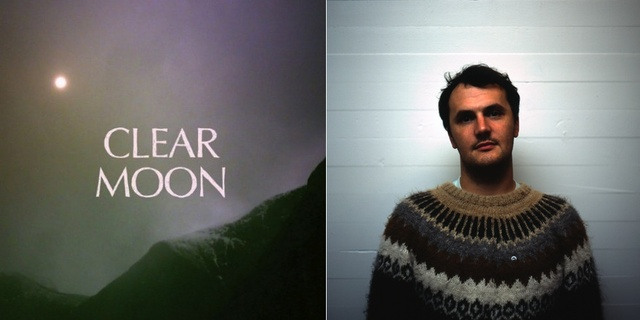 Brood master Phil Elverum continues his dark project of Mount Eerie with his new record Clear Moon. Although the record contrasts with the grainy, abrasive sounds of his last album Wind’s Poem (which some people may go as far calling it Black Metal), his trademark lyrical themes of nature, zen and wanderlust appear regularly here. The drone-y quality of his synths and effects amplify the enchantingly hypnotic feel, especially when Elverum’s gentle vocals (layered with other female vocals) attaches itself unhurriedly to the ambience. If his previous album held similarities with black metal, Clear Moon appeals more to the shoegaze and, to an extent, doom metal fans. The album title itself is a perfect label to the alluring, tranquil tones of Elverum’s latest endeavor.

Standout Tracks: Through the Trees Pt. 2, The Place I Live, House Shape 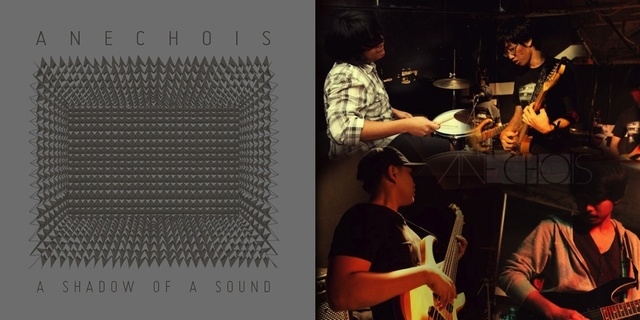 ANECHOIS / A Shadow of a Sound

Singaporean post-prog outfit ANECHOIS have only been together for less than year, but yet their new EP 'A Shadow of a Sound' suggests otherwise. They sound as if they've been together for years; maybe it's tonnes of practice or just pure magical chemistry. Whatever it is, it works. The five-track album showcases a band with an unbelievable amount of both instrumental prowess and songwriting skills. Each composition is distinct and well-written but yet they seamlessly flow into each other, making the whole EP worth listening through rather than just selecting one or two songs. Musically, they're rooted in math-rock, but they dabble with the melodic stylings of indie rock, post-rock and progressive metal to keep things fresh. Watch these guys, they'll only get bigger and better.

Standout tracks: The Moon and the Sun, Written on the Walls 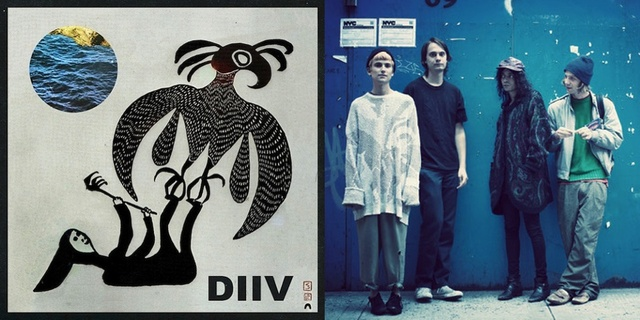 ‘Tis yet another lazy-guitar, summery, shoegazey band to come out of the United States! Band frontman Zachary Cole Smith started out the band as Dive due to the how the members of the band all have water-based astrological signs, but changed it to avoid potential confrontations with the Belgian industrial band of the same name. Deep in Oshin’s core is a free-flowing, fluid spirit; a pleasant and organically smooth assortment of hazy guitar melodies, unwavering drum beats and dreamy vocals soaked in reverb. What differentiates DIIV from the rest of the standard indie rock fare is how they execute the direction of their songs, songs that are driven heavily by guitarplay. The outcome is surprisingly gorgeous - Oshin has more of a post-rockish feel rather than going down the straightforward path of its contemporaries. It’s a simple, minor tweak in technique, but DIIV does a fine job of doing it and stylishly pulls off one of the most interesting indie records we’ve heard this year. 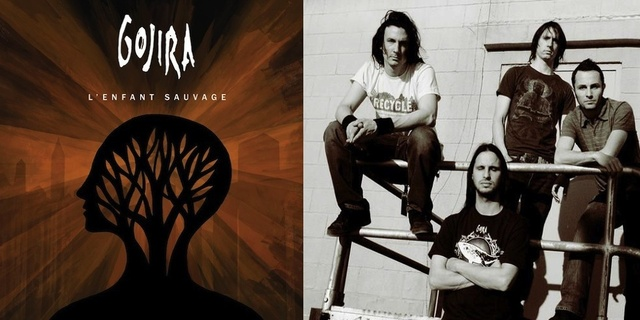 French metal band Gojira (the Japanese pronunciation of Godzilla) releases their fifth and most intelligently cohesive album to date. The record is brazenly heavy, with typical Gojira chugging guitars, extremely intricate drumming and roaring hoarse vocals. What stands out from past efforts is the immediate magnetic quality in its craftsmanship; the instrumentations are technical without being overly convoluted, the atmosphere decidedly dark without falling into the pits of repugnance. Every moment in this record feels important and emotionally significant. And if you must know, their songs mostly revolve around themes of spirituality and environmental issues (for real, I’m not kidding). In an age of bastardized ‘metal’, L’Enfant Sauvage feels remarkably fresh, bold and ultimately, ferociously original. A must listen for all fans of metal. 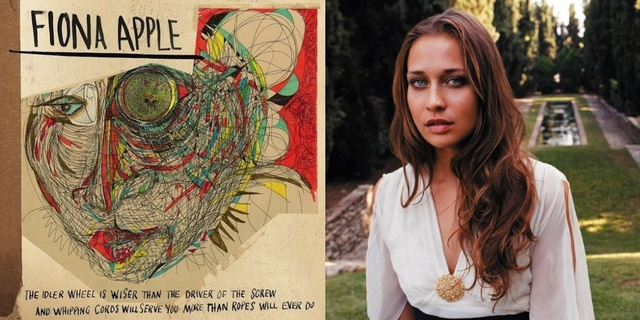 Fiona Apple gloriously returns with The Idler Wheel..., seven years after her well-received album Extraordinary Machine. Musically, it's breathtaking. Her signature intimate jazz-piano sound is coupled with unconventional yet beautifully-weaved instrumentation. Lyrically, it's very heavy, not unlike her previous material. Intimate reflections on her personal life. Her lyrics revolved around failed relationships and she digs through her deepest fears and insecurities, proudly wearing them on her sleeves as she carefully exposes herself in her music layer by layer. An intense but ultimately rewarding listen. 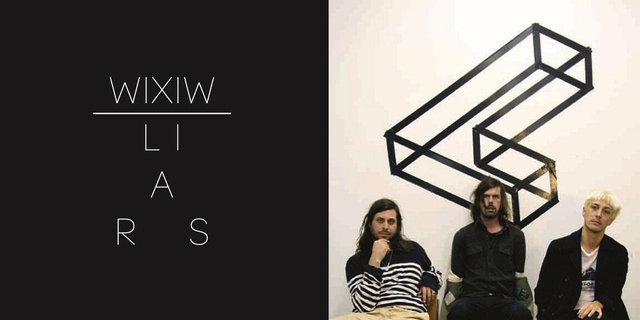 New York experimental rock group Liars are well-known for their intense change in style with every album. WIXIW is no different. They take a complete U-turn from their regular rock set-up to conjure a densely-layered and accessible electronic album. Fans of electronic acts like Aphex Twin and Burial, (heck even if you love Radiohead's love-letter to avant-garde electronic music 'Kid A'), you will find a lot to love about this album. The electronic textures are so well-crafted that a good set of headphones or speakers are required to fully enjoy this album.

Standout tracks: Brats, No.1 Against the Rush, His and Mine Sensations 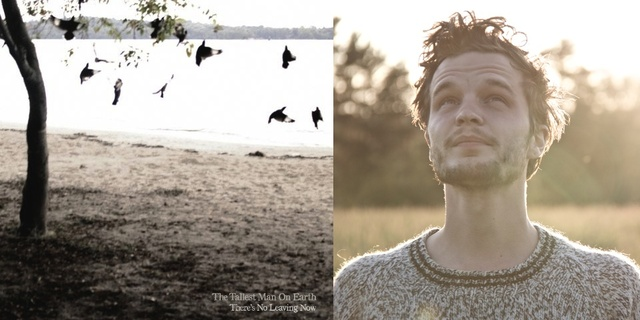 The Tallest Man on Earth / There's No Leaving Now

Kristian Matsson, also better known as The Tallest Man On Earth, scores a hat-trick with his highly-listenable alternative folk album There's No Leaving Now. Nothing complex here, just a man pouring out his inner-most thoughts and feelings with a guitar (and with a piano in one song). He has the makings to be the Bob Dylan for a new generation, but ultimately through his music he aims to make a name for himself. If you're a fan of Dylan or modern acts like Bon Iver and Fleet Foxes, no doubt you'll fall head over heels for this Swede songwriter. 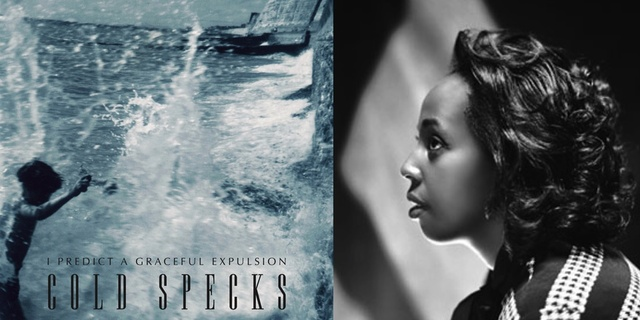 With her full-length debut, Cold Specks, the stage name of Canadian singer-songwriter Al Spx, concocts a brooding and deep soul record for the indie rock crowd (that's not to say they're the only ones who would enjoy this album). Her mournful poetic lyrics shine through her fiery yet tender vocals. Her backing band perfectly complement her, with minimalist guitar riffs and ambient soundscapes that verge almost on post-punk (think Joy Division or even The National). One to listen to on a rainy day. 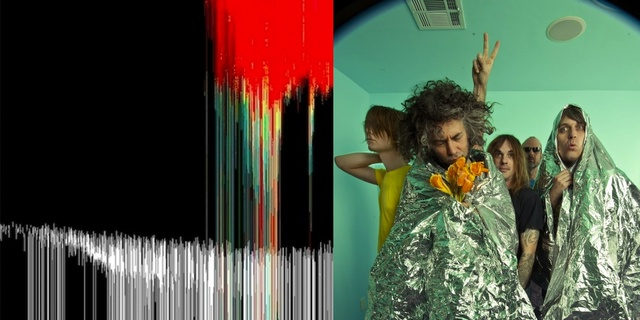 First things first, Heady Fwends is no game changer. Surely with an annoyingly titled album and collaborating with uh, Ke$ha would warrant that. Still, don’t be so quick to shoot this album down. In the age of music snobbery, something like this is quite refreshing. One hell of a listening exercise, Wayne Coyne convinces Bon Iver to trade his lush cabin in the woods for an acid trip in space, allow Erykah Badu to bewitch us with a cover of ‘The First Time I Saw Your Face’, make music snobs squirm as he tinkles on the ivories with Chris Martin, joins Edward Sharpe and The Magnetic Zeros for an acoustic ballad (with lasers). Yes, your ears will be confused but yes, you will also enjoy this deranged, psychedelic ride.

Standout tracks: I Don’t Want You To Die, Ashes In The Air, I’m Working at NASA on Acid 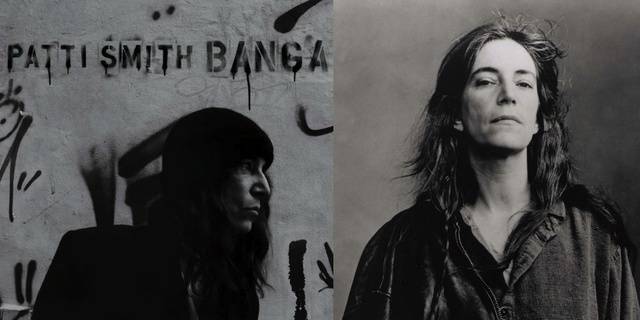 Oh Patti, such a glorious woman. Incomparable to any other musician, this poet, songwriter, artist, musician, everything – is back with (a) Banga. Noticeably more mild and less frantic and loud than the songs in her heyday, her ability to sing sweetly in love song, ‘April Fool’ and then switching to ‘Classic Patti’ in ‘Constantine’ reminds us of how good her voice is. Although mostly a collection of love songs, Smith carries her songs with admirable defiance and awareness that saves her from proper sentimentality. Mega Patti fans will greatly appreciate Banga for her lyrical wisdom, powerful voice and the fact that she’s still very much present.

Standout tracks: April Fool, Amerigo, This Is The Girl 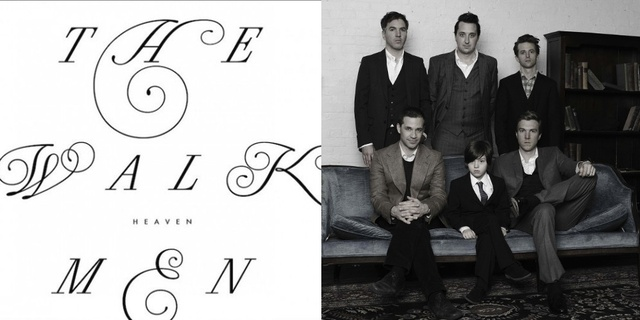 The New Yorkers continue to produce quality output, like Lisbon and You & Me before, their 6th album is just as majestic and already being hyped as one of the best albums of 2012. While they don’t experiment much or try new sounds and the sorts, they showcase what they do best – romantic indie rock music at its best, sometimes positively nostalgic and sometimes world-weary. The Walkmen had Phil Ek onboard for Heaven, who worked his magic on Fleet Foxes, The Shins and Band of Horses – so quite unsurprisingly, Robin Pecknold appeared on ‘We Can’t Be Beat’. Quite probably their best offering to date, these guys have graduated from the early-aught days of being compared to The Strokes. All of the awards! 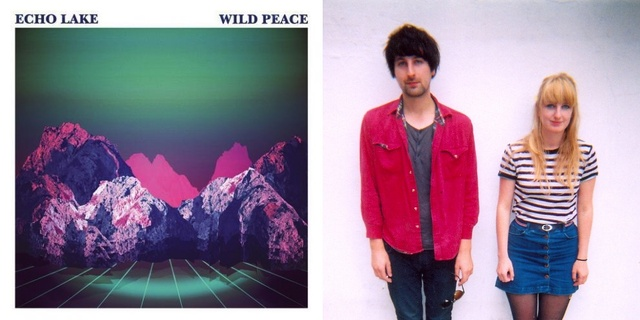 Thom Hill and Lisa Jarvis may not be the first ones around to produce something with the words ‘ethereal’ and ‘fuzzy’ thrown around of late, but Wild Peace is one impressive debut, and a promising start for this London duo. The album starts off perfectly, heady with an element of hypnotic dreaminess but it gets difficult to extend towards the album’s closing. It picks up slightly in the last track, ‘Just Kids,’ which is 7-minute swirly swoonfest of a song. Pure, the best introduction to dream-pop you can get, not particularly bold or outstanding but a pleasant trip for the ears. Listen to this is if you like something familiar.