Around this time of the year, people practice the ancient ritual of exchanging gifts to commemorate a certain biblical holiday called Christmas. Yeah well, KittyWu Records just one-upped the holiday with a special (and secular) giveaway!

But before we proceed to contest mechanics, we would like to direct your attention to I Am David Sparkle. Since 2001, these local music pioneers have been working hard producing solid, outstanding music. And almost all instrumental. We spoke to Amran Khamis of I Am David Sparkle on the band's recent activities, being around the 'scene' for a long time, new members, new music and their upcoming gig at Home Club. 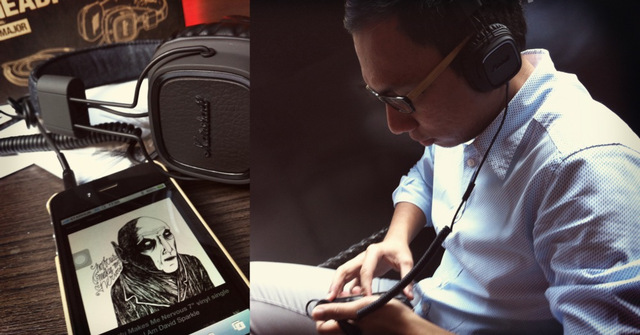 It's been a while since we've heard from you. What has the band been up to for the last few months?

We’ve actually been on the quiet, letting life take its course with things, while the band has been on a break of sorts.

Myself and Djohan in the last three months have embarked on new jobs, while Farizwan had been away in Japan exploring opportunities for his art career, and Zahir too has been busy with work projects and opportunities in Indonesia.

So in a sense, we have been letting things other than the band take some priority in our lives – so that we have the time to adapt to these changes, etc but also to re-energize ourselves for more music to come in 2013. The last couple of years have been busy ones for the band.

It was a conscious decision to also shy away from the live stage for a bit – our last performance was easily about 5 or 6 months ago – and we wanted to concentrate more on writing in the studio too, whenever we did come together… The only reason we are playing live again now is because both Razi (Razak) and Home Club had asked us to contribute towards the lineup for “Occupation” on Christmas Eve – their first ever all-night band showcase.

You've recently included Adel Rashid (Amateur Takes Control, Pleasantry) into the lineup. What triggered the decision to expand, and why?

Adel’s been around as a friend for a while, and he had already toured with us as a roadie in Japan last November 2011. Plus we respect what he and Amateur Takes Control have been up to. He’s a much better guitar player than all of us, and I guess we just wanted to shake things up a bit for ourselves.

What has Adel added to your already established sound?

We are still figuring things out together with him, and let’s say we are open to whatever possibilities we might chance upon. His style is definitely different from mine and Djohan’s, so now it’s all about making sure we feed off each other in the best ways possible. That can only come in with time.

At the same time, Adel is considering furthering his studies overseas in the United States in 2013, so this addition may be a temporary one. Ultimately, being a half-generation younger (Adel is 10 to 12 years younger than us!), he adds a different perspective to the things we all chat about too.

Personally as well, I’ve been toying with the idea of playing less guitar, and playing other (electronic) instruments with the band, though that hasn’t really happened yet. More of inertia perhaps, but well let’s see where that goes.

One of the prouder moments in the band's career must have been the SXSW gig, and the consequent feature length documentary about the whole experience. Has anything changed since then? 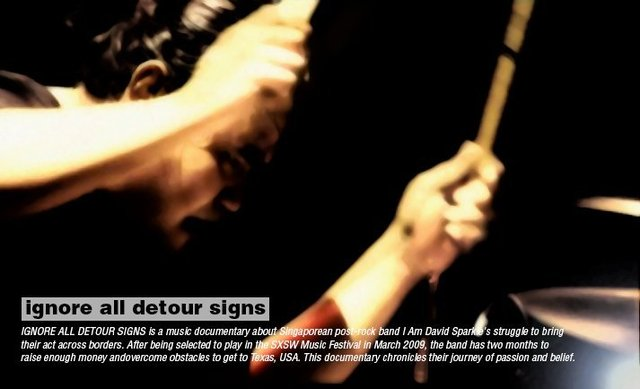 We are definitely proud of all the things we have done (and not so proud of the others we have not simply because we haven’t worked hard enough for them), but all these things may not have necessarily led us to always having greater leverage to be honest. True, we might have enjoyed a lot of visibility through those platforms, but they don’t impact sales of our records, who asks us to play shows, etc.

So in regards to public reception, it has probably increased awareness of the band in the mainstream consciousness a bit more; while fame and fortune never existed and are not things we had ever wanted to pursue with our music anyway.

That said, our getting to SXSW and having a feature documentary made on the band simply demonstrated to us the power of collaborating with others, and how that positive action allowed for major dreams (and challenges) like these to be actualized. We could have never gotten to those places or enjoyed such popularity with the documentary if it weren’t for the network of close collaborators we had working behind the scenes for and with us. In that sense, these successes made us realize even how more important these relationships were.

Also, the band has always also wanted our music, art and philosophy to cross beyond the boundaries of music, so having a film that could showcase that is definitely one of our career highlights thus far. It’s a story we hope will inspire others to take that difficult path too, just so that they too can make their dreams come true.

And as of this date, we have actually been extended another invitation to possibly perform at SXSW 2013, though we are still considering that. There are other priorities that we have set for the coming year – one of which is to write, record and release what we hope can be a definitive Sparkle album. That takes precedence over everything else the band will do in 2013.

I Am David Sparkle is (relatively speaking) not a young band - you guys have been in the music scene for more than 10 years now. What keeps you going through all these years, fighting the good fight in a scene that lacks a sustainable support system?

The band is in its 11th year now, and soon we will be 12 years old next year! Even I am amazed by our longevity. That definitely means we are not young.

We all started playing music in our teens in many other bands along the way, and with most of us now in our early to mid 30s in terms of age, we have actually been a part of Singapore’s independent music community for 20 years. That is indeed a long time to be doing something and sticking at it, while many others have also stopped… 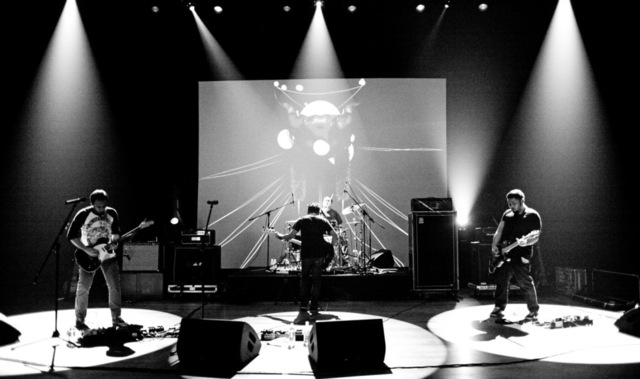 I guess the only way that this persistence can be explained is that ultimately we are all extremely passionate about music. We are first and foremost, music fans, and then musicians. We will never stop wanting to enjoy good music, and in the process that good music will inspire us to want to create and play something of our own that’s worthwhile too. So the music fanaticism feeds the creative desire and back again, so it’s a music frenzy loop that never ends. We just balance it out with whatever else we need to do at different points in our lives.

What's the one truth that you've learned through all these years?

That hard work gets you places, but doesn’t guarantee you success.

We've got bands now who are strongly developed in sound like ANECHOIS who dabble in post-rock but with a prog/math twist and fellow KittyWu associates MONSTER CAT pushing forward dark folk melodies. As one of the first few pioneers of engineering a modern, soundscape-focused music movement in Singapore, what's your opinion on the current wave of young emergent bands inspired by your music?

First off, we respect those bands and wish them all the best in their own musical adventures. On a personal note, I truly enjoy ANECHOIS and am excited about what they do.

And if any of these bands in the soundscape, instrumental or post-rock spheres were actually at any point influenced by us, then I must say we are truly humbled and uplifted by it at the same time.

I think the current wave are technically more gifted, more social-network friendly and have the internet and online communities to do their bidding, in terms of getting their music out there. At the same time, youth offers the advantage of being possibly more fearless, having lesser societal pressures and commitments, and possibly more time on their hands. They should put all these advantages together and pursue their bands as hard as they can. I’m sure they will forge far greater paths for themselves.

As for Sparkle, being older as persons, we are also grappling with other needs – work, careers, families, etc. These obviously challenge our own bandwidth to which we can give ourselves to the band and our music. 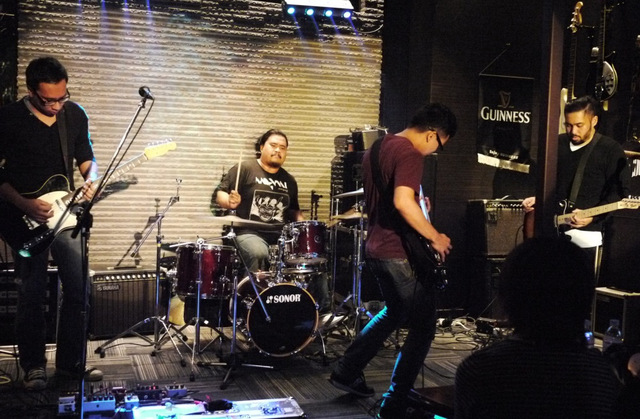 What can the audience expect from your upcoming gig?

Hopefully some good memories which they haven’t heard for a while played back live. A wall of sound of memories, perhaps.

Top 5 songs the band has been listening to lately?

We enjoy the album experience, more than just the ‘singles’ format, so maybe it’s more appropriate that the response is from the album perspective…

And I’m speaking more for myself here rather than the band, though I do know that my bandmates all enjoy these too, we can be kindred brothers-at-heart when it comes to these sort of things. 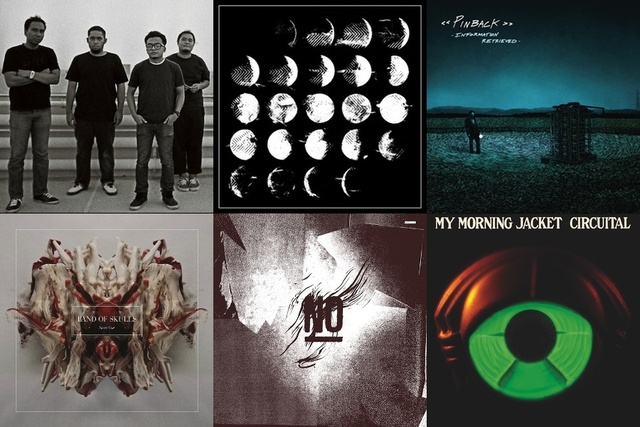 Converge / All We Love, We Leave Behind

A smashing follow-up to their previous “Axe to Fall” album. Converge never disappoints.

Again a new album release by them – beautiful, haunting and melodic. Hardly a distorted guitar on the album, and that’s perfectly fine.

Good indie rock, done the right way. The songs rock from start to finish with enough grit and style.

Everybody needs something heavy and doomy, every other day, no?

Even Jim James is singing about holding on to black metal… Who wouldn’t want to listen to songs like this?

I Am David Sparkle will be performing alongside other acts at Occupation (A Christmas Eve Special) at Home Club, Dec 24, 8pm - 4am. More details HERE

Get your hands on some iconic Marshall paraphernalia! KittyWu and Marshall Headphones are about to make a lot of you music fans out there very happy. Packaged in an aesthetically pleasing set, these Marshall headphones are love at first sight. With cushy black pads, a collapsable design, and excellent sound quality, this one is going to be a permanent fixture on your ears. To make it even better, KittyWu is piling on the goodies as well, find out how to win! Godspeed, music people. 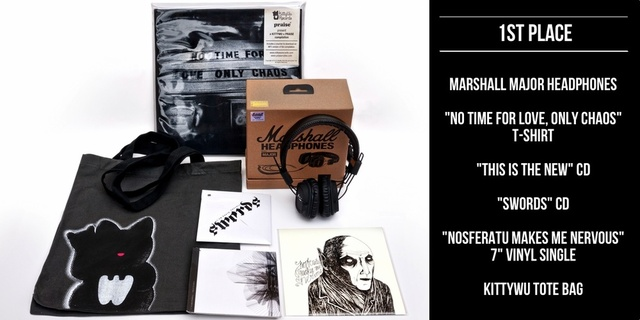 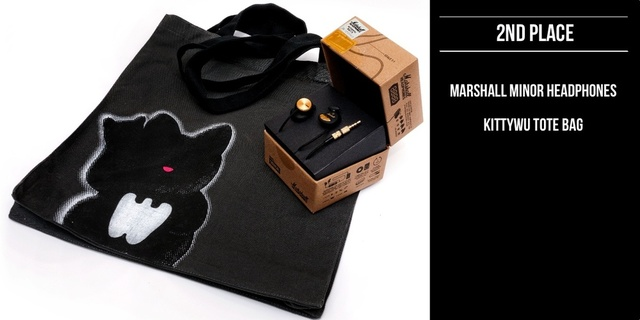 2. On our Facebook Contest Photo, tell us your favourite I Am David Sparkle track and why.

4. The comment(s) with the most 'Likes' are rewarded with the according prizes.