The sleek, chirpy guitar lines. The deep, earnest vocals. The uplifting and wistful lyrics: Cadence has all it takes to be a promising and highly accessible alt-rock outfit, which is why we’re glad they were selected as finalists in this year’s competition to play at Baybeats this year! The young quintet are already working on releasing an EP in September and have revealed a new demo in the meantime — hinting at a newer, more dynamic direction for the band.

What were the Baybeats auditions like for you, and what made you try out this year?

The competition we faced was really tough to be honest. During the auditions, we heard many bands’ material and they were really tight. There were several occasions when we thought we wouldn’t make it.

We tried this year because we felt that it would be a great “litmus test” for our music. A product is only as good as the people who believe in it. We believe in our material, but it’ll only remain as a personal belief until someone else shares that same belief with us. So we thought with Baybeats, we’d really find out just how far our music would go.

Who are you most excited to be playing alongside in this year’s lineup?

Oh boy... when we first heard that The Fire Fight and Surreal are performing this year, we went bonkers in our offices. They’ve been inspirations to us and now we get to perform alongside them. That is truly an honour. 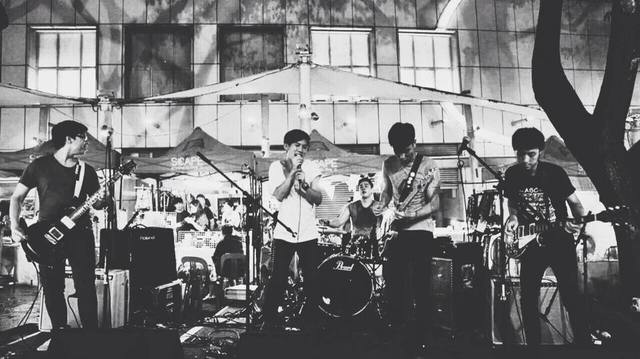 What’s next after Baybeats? How has recording your debut EP been for you?

Well, we’ve been busy recording and preparing our debut EP and looking to release it at the end of September. As of now, we’re done with our first single “Come Home”.

The recording process has been great so far. We decided in the beginning to go “DIY” with most of the recording process. There’ve been a few minor bumps and troubleshoots along the way. But, we prefer this as we wanted greater control and to learn many aspects of the recording process first-hand. Also, the satisfaction we’ve been getting out of it is immense, like finishing a race with a personal best timing — tired, but extremely satisfied. In Twitter terms, #achievementunlocked.

What are your influences as a band?

Our band is pretty much influenced by a wide variety of genres and bands, probably due to our vastly different personal influences - everything from pop, blues, to alternative rock and post-hardcore. Oddly enough, it’s our differences that inspire us; creating noise that resonates harmoniously. It’s beautiful when our little blocks and fragments can come together to form something we want to share.