Words by Bandwagon
Photography by For The Record

Anyone hoping for a quieter, more chill set amongst the lineup — without any compromise on variety, of course — should look out for Linying. The singer-songwriter has displayed her musical prowess in several instruments, performing solo for acoustic sets, electronic sets and even piano renditions. Her profoundly crisp voice and sublime vocal melodies are a versatile yet familiar constant as she switches between varying styles. Having opened for Californian band This Wild Life when they performed in Singapore earlier this year, along with a live showcase on 987FM, Linying has already been making her mark upon the scene. And if you catch her at Baybeats, you'll definitely understand why.

I'm looking forward to it. I used to hear about Baybeats all the time growing up like it was a rite of passage for every Singaporean rock band, and though I'd never made it something to be ticked off a list it's really nice to be playing this year's instalment.

Being a multi-instrumentalist, do you have a preferred instrument? How and why did you pick up the instruments you play?

I'm most at home with the piano, which was my first instrument as a kid. Apparently (and I don't remember this) I started playing when someone gave me a plastic birthday cake toy with a few piano keys on it as a gift. I just kept with it and took piano lessons when I got older because I really liked coming up with tunes on it.

What are your influences as a musician?

When I was about 13, my older brother put together a folder of songs for me to listen to (I think he was growing alarmed at all the Good Charlotte and Green Day I was listening to). It had lots of Death Cab For Cutie, Stars, Feist, and Tegan and Sara, who were all really starting to grow on me. That was also when I first heard Bon Iver's music, which I subsequently became very influenced by. 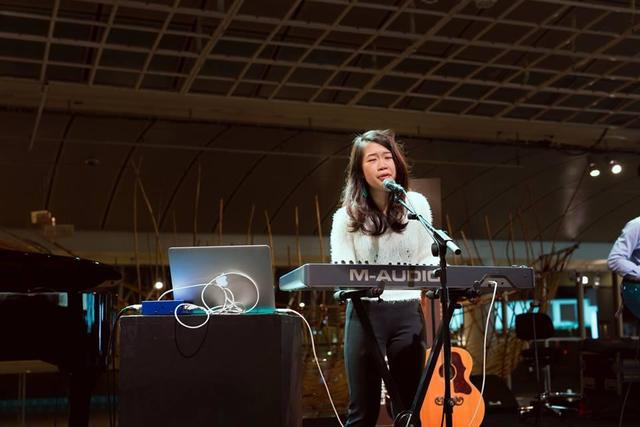 Who are you most excited to be playing alongside in this year’s lineup?

My money's on Seyra, Matajiwa, Theodora and stillsunrise putting on really fun shows, but I'm probably most excited for Riot! In Magenta, whose new stuff I'm really liking. Though I also never get tired of watching Take Two play live – there's something manic and euphoric about their groove that makes me dance every time.

What new musical directions are you planning, for Baybeats and beyond?

I'm working on getting my music recorded for now. It's an intense but stirring process though, and I can't wait.