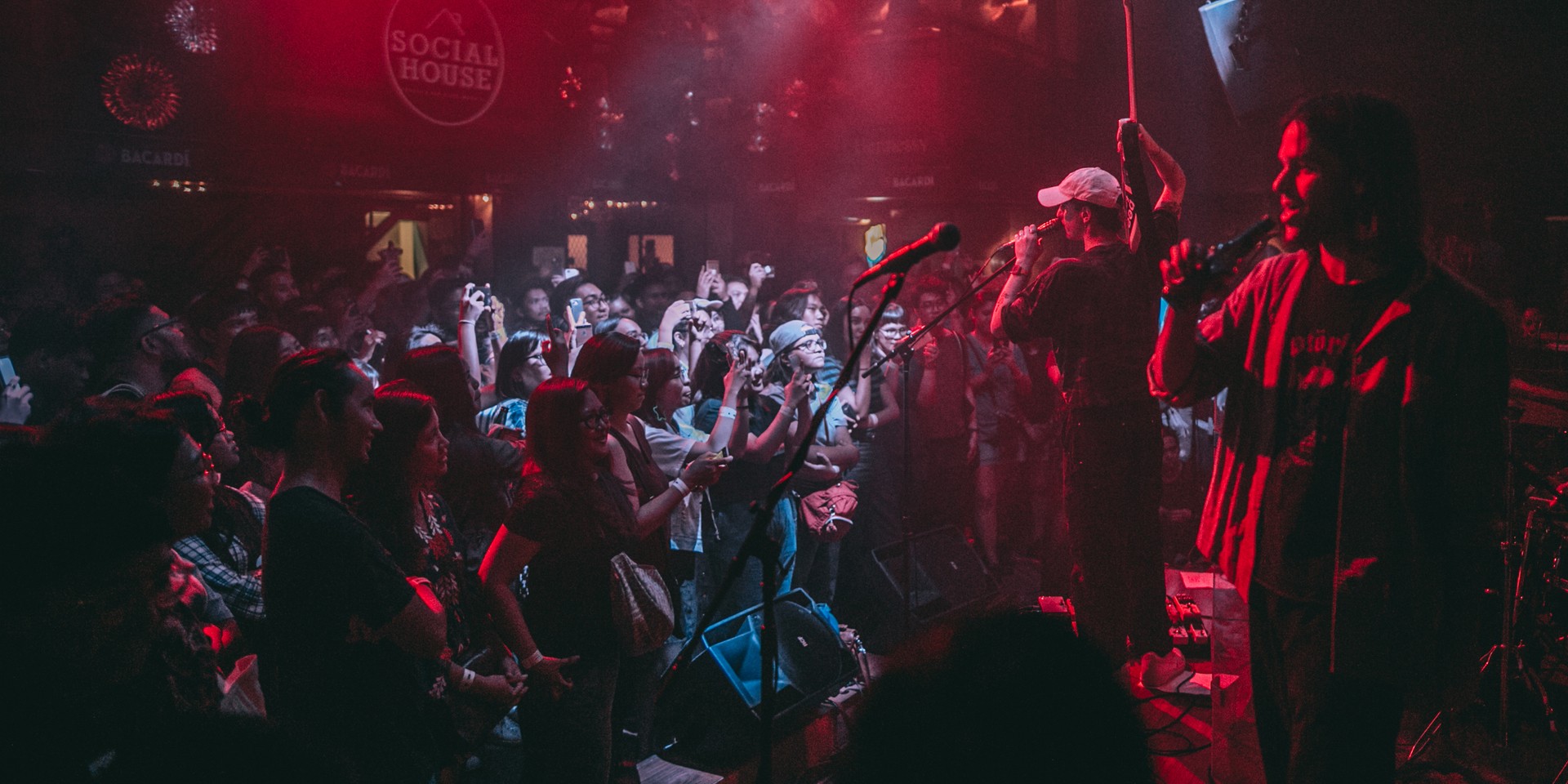 Hours before their highly-anticipated show at Social House earlier this month, we got the chance to have a sit-down with Beach Fossils to shake off their pre-show jitters and figure out the secrets of their sound and how they worked for their latest LP, Somersault.

Sitting right in front of me are Dustin Payseur (chief songwriter, vocals/guitars), Jack Doyle Smith (bass/guitar), Tommy Davidson (guitars/synths), and Anton Hochheim (drums, from Ablebody and The Pains of Being Pure at Heart). It’s been a long day for the band but the big night is just about to start. 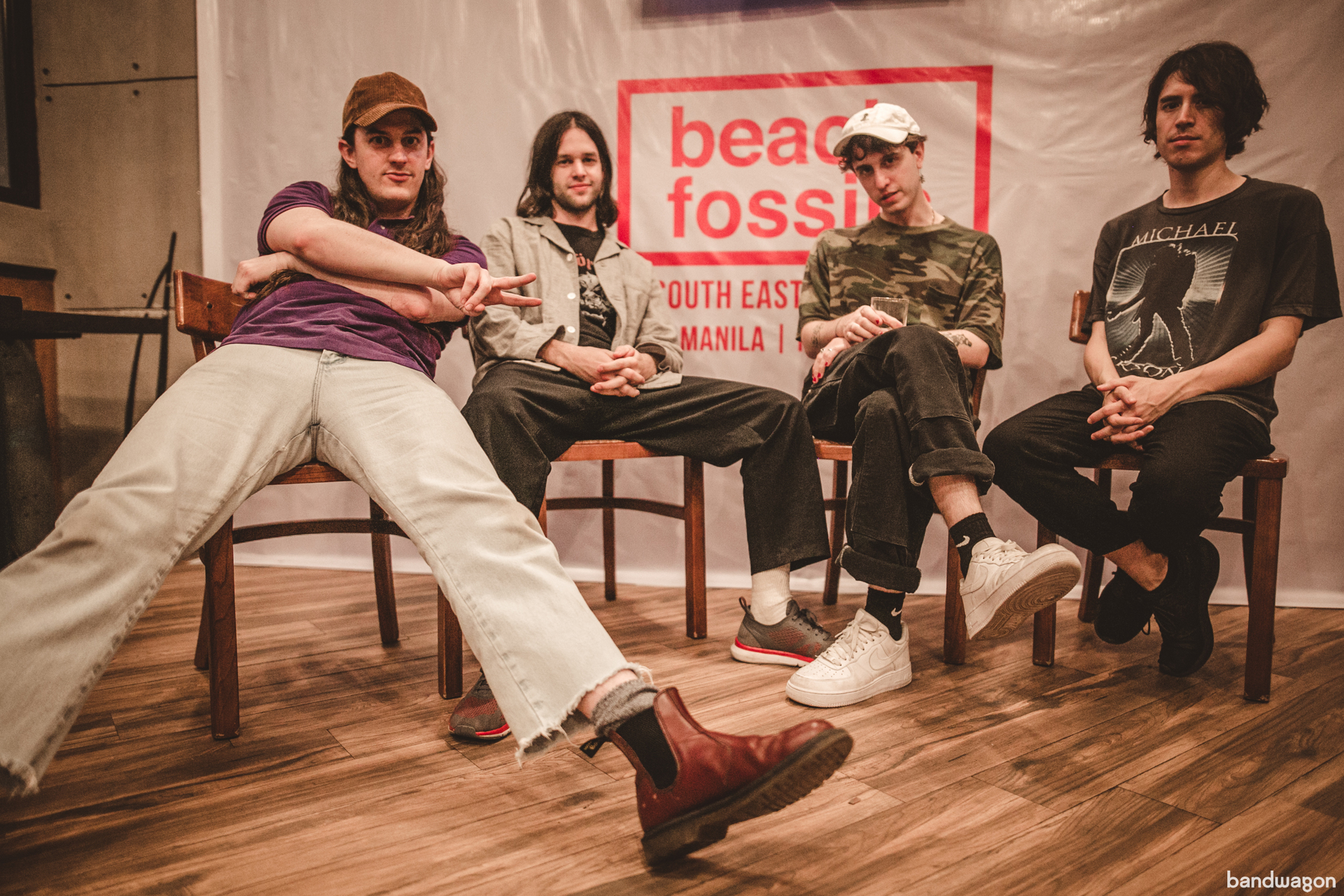 After warming things up, the guys talked about how enjoyed bagnet (a local pork delicacy) and spent most time of their day skateboarding at a skate park conveniently situated within the show venue. From out of nowhere, Dustin said he liked my shirt and shoes. Then our interview formally began.

Seconds into listening to your album, Clash The Truth, for the first time, I was already sold. There’s something about your music that pulled me in and I think it’s the old sound. Has the Beach Fossils sounded like this ever since?

Dustin: When I started out, I was definitely listening to a lot of older music. Up until now, we still do, as a group. We listen to everything—old and contemporary music. You need to have a healthy blend of listening to everything.

Jack: [Listening to everything] keeps things new. You take out something from the old then you try to make something new from it.

Dustin: We listen to a lot from the 60s/80s jangle pop stuff. I grew up listening to that kind of music. At this point I don’t think of the inspiration as much, musically. Right now I focus more on the sound of the instrument. It’s more about getting inspiration from sounds and textures now, not necessarily genres.

Is there a formula for your sound? Chord progressions, necessary gear, music knowledge? Because, if there is, we want to know!

Dustin: The thing is – I don’t know anything about music.

Jack: The magic is that we are terrible musicians. We don’t know how to read music.  Ignorance is bliss. You just feel it out.

Dustin: It’s literally all based off of feeling. It  just comes off of emotion. That’s really all it is.

Tommy: We’re not like into the blues/pentatonic scales. We’re more based on ear and intuitive approach when writing together.

Dustin: I’m sure if I were to ask a composer to sit down and take a part off the songs and tell me what it was, I’m sure there will be a lot of comments. For me I don’t know what it is, I’m just pulling from my brain.

Jack: It’s kinda like trusting your ear. For us three, it’s more about the relationship you have with the people you make music with.

Dustin: Knowing that stuff can be beneficial. But to me, when people say “this song is in G,” I have no idea what it is—I just know that I like it.

Tommy: If the soul is not really there it doesn’t matter how beautiful the chord progression is.

Dustin: There are people who are actually technically good and creative, but for me, I would rather take a Daniel Johnston over Yngwie Malmsteen—any day.

Tommy: We can suggest a gear to you, but at the end of the day, it’s on how you use it.

Dustin: As a producer, I have no idea what I’m doing.  I’m not a gearhead at all. Literally, all Beach Fossils is DI. Everything is recorded DI. We thought about playing live DI. No amps, just straight from the board. Thinking about it now, I want to do a DI tour! I think we’re ready for that.

Jack: We’ll put everything in a backpack. It’s so easy. Done.

Tommy: In Somersault, we recorded stuff using amps, but then we returned to our guitar tracks which were from our DI demos. They sounded better for us. 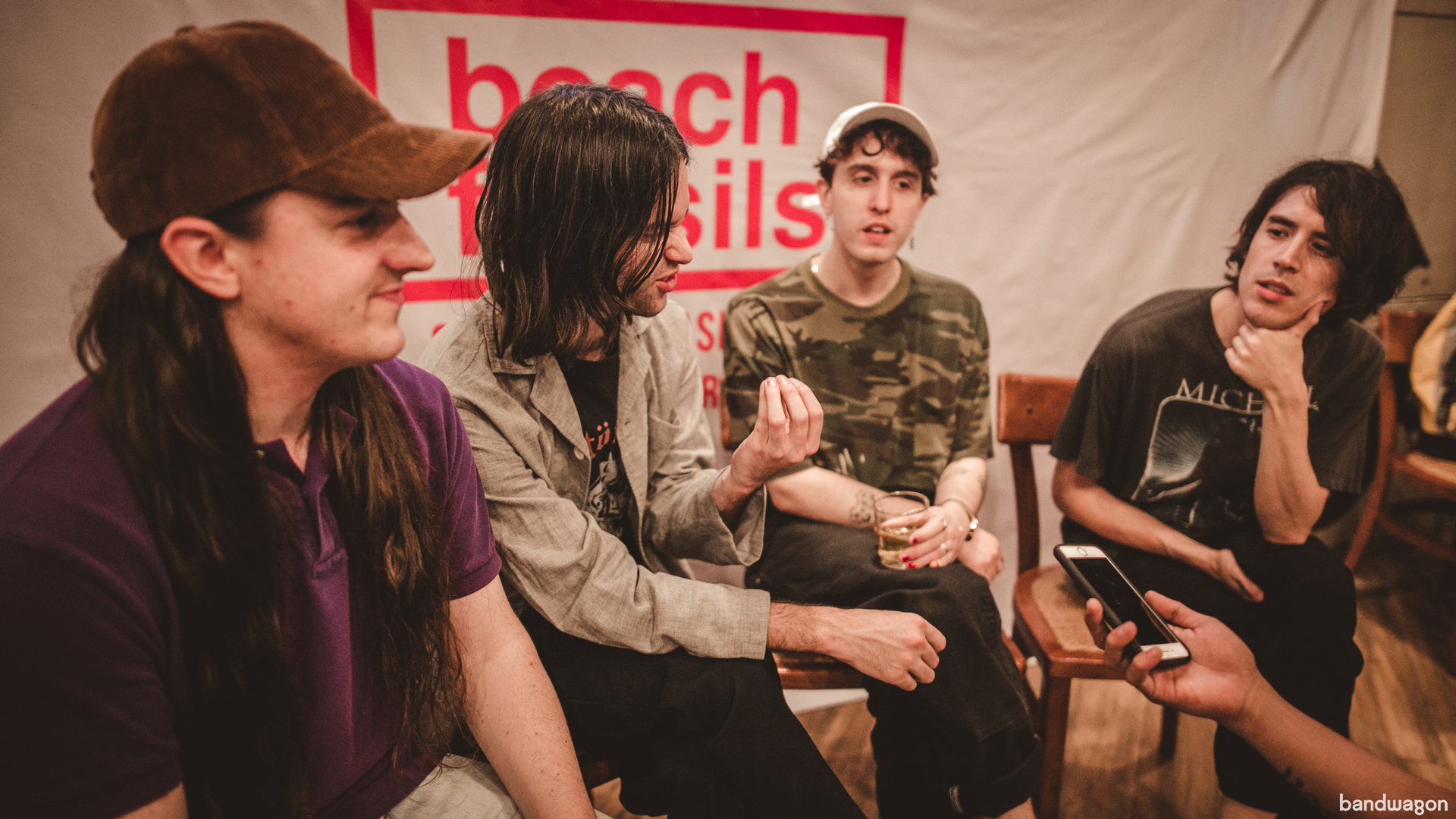 Somersault introduced change, sound-wise. Was this a concept, an intention — a statement that you are slowly climbing your way from rock-bottom lo-fi to the less-muffled surface? Or am I just overanalysing the album?

Jack: No, you’re actually right. You got it.

The Beatles changed their sound every single record. That’s what’s special for me. They kept growing and they kept experimenting—that’s what I want out of an artist. When there’s an artist I’m really excited about if they make a record that sounds like the last one, I actually get bummed out, like shit I was excited about what they were gonna do next, but they did the same thing.

Let’s talk about A.C.A.B. in ‘Down The Line’. Was it really from the original draft of the lyrics or just a filler? If it is really part of the lyrics, then can we assume you’re somehow going the political path?

Dustin: Definitely [for political awareness]. Nothing lyrically is ever a filler. I always mean what I say. For me, there’s a lot of fucked up stuff going on in the US, especially by the police, and people are speaking out against it and becoming aware of it. There’s a lot of abuse of power, it’s important for people to speak out against that abuse of power because you have to keep the police force in check. They can’t just do what they want. They can’t murder people and get away with it. Something has to stop.

This is your first time in Manila. Have you ever imagined being here? I honestly never thought you guys would ever play a show here.

Dustin: We’ve been trying to get a tour like this for a really long time—for years. There’s a lot that has to go into making it work and if one little piece of the puzzle falls out of place, the whole tour probably can’t happen. If one show gets messed up, we might not be able to do the whole tour. It’s been a long time coming and we’re super excited that we’re finally able to make it happen. We’re making the most out of it, taking much time as we can. But we wished we could have immersed in the place, learn about the culture, etc.

Dustin: We did a tour in Europe a couple of years ago and we were in a different place every single day, we didn’t get to see anything. We had more interactions [with the locals] in this tour. 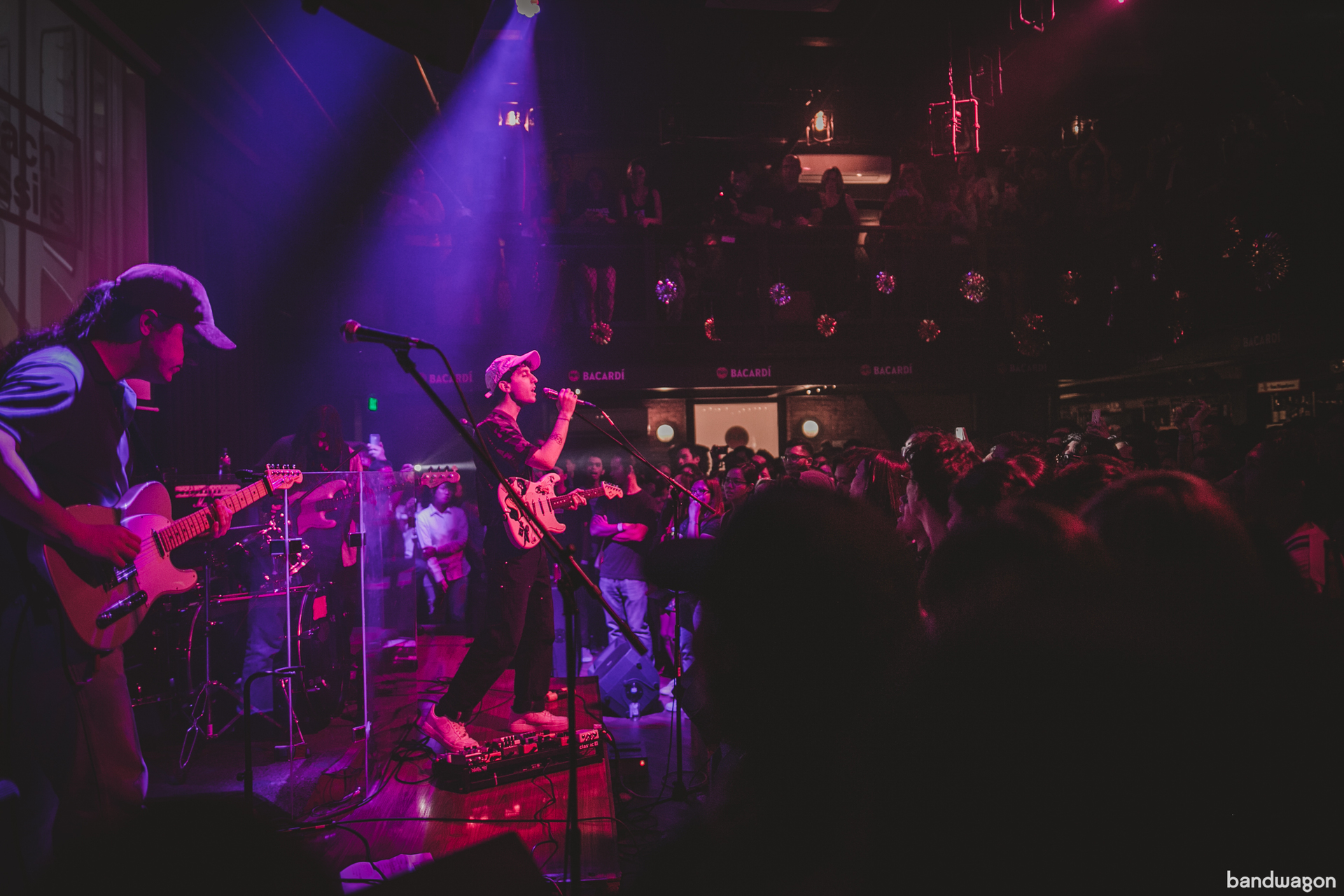 Hours after the interview, supporting acts Ysanygo and We Are Imaginary rocked it out on stage, while we waited for Beach Fossils to come out. And when they did, the room was filled with energy.

They opened the show with ‘Sugar’, then followed up with a hard-hitting ‘Clash The Truth.’ At some point, the band appeared to have deviated from their set-list because Tommy would play an opening riff, and Dustin would stop him and tell him that he is saving it for the latter part of the show. Occasionally, Dustin would complain about the fiberglass borders of the drum set, which restricted his movements. At one point, he called out security guards in the venue for flashing lights on people who recorded the show using their phones. "We are not assholes," he assured the crowd. Jack also joked about Manila being an organized city.

It was a fun, intimate show, thanks to being staged on a small-scale venue. If there is one thing I learned (and loved) about the band from this experience, it's that they are harmlessly unpredictable. Life may be so vicious, but it’s worth the while for memories like this. 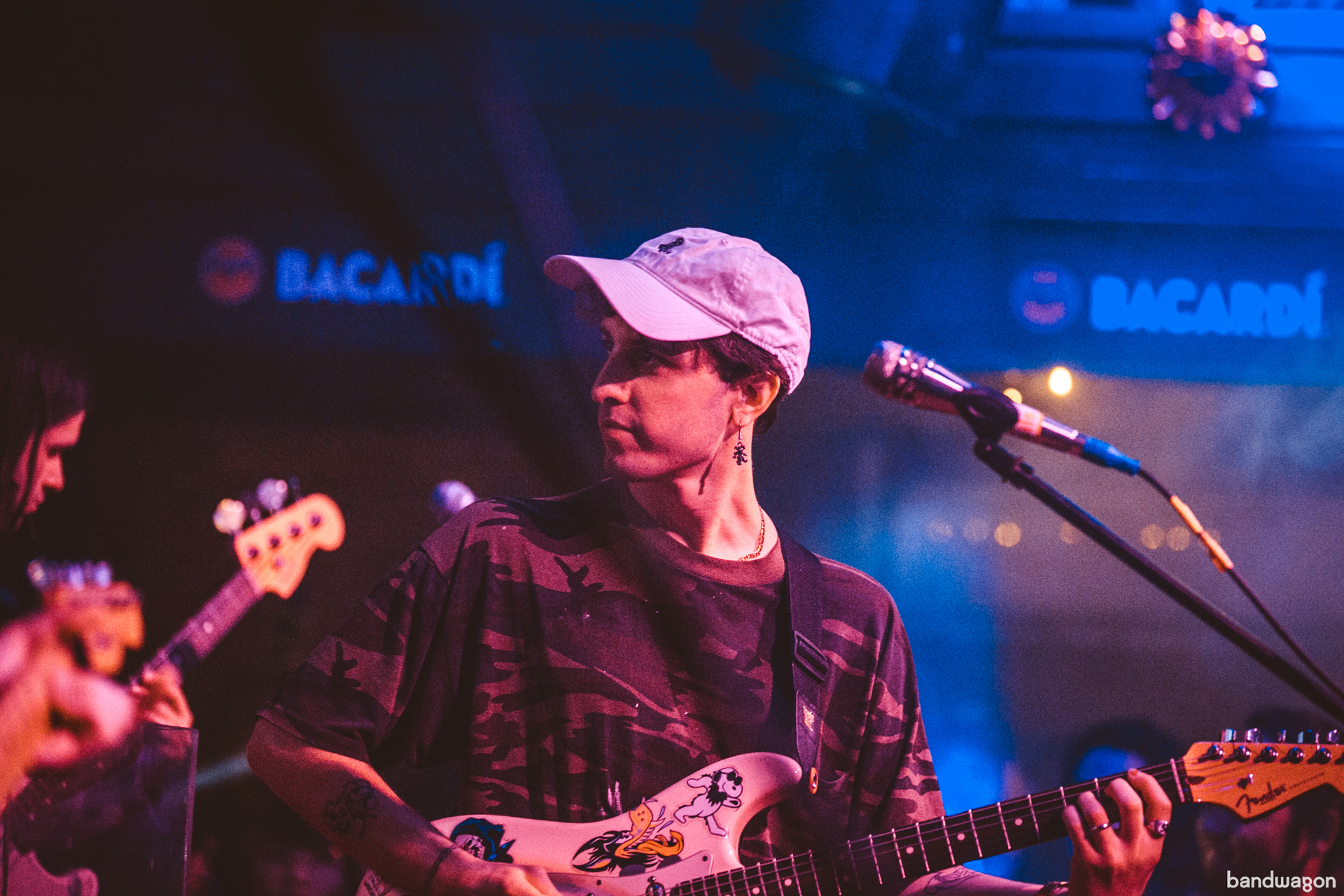 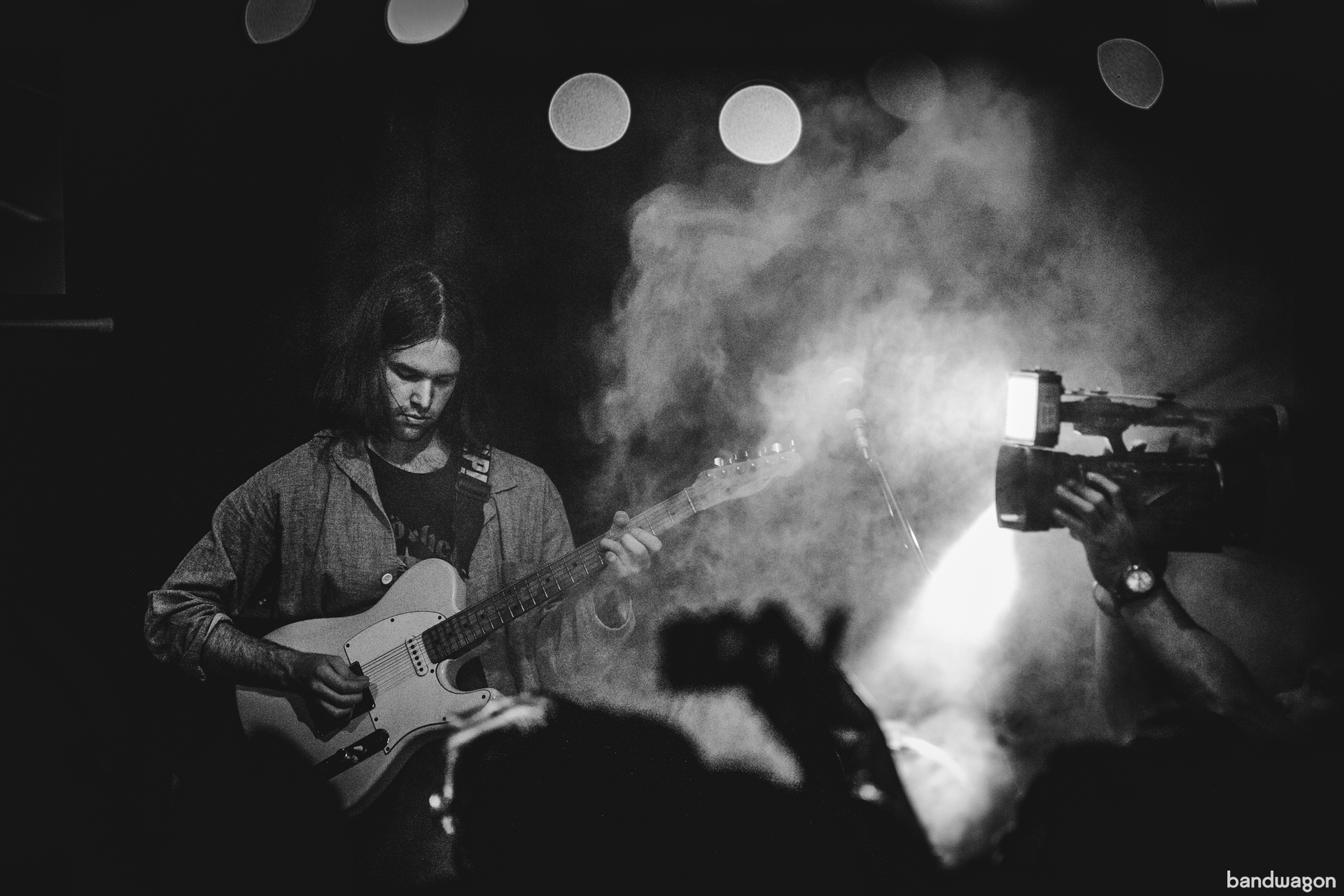 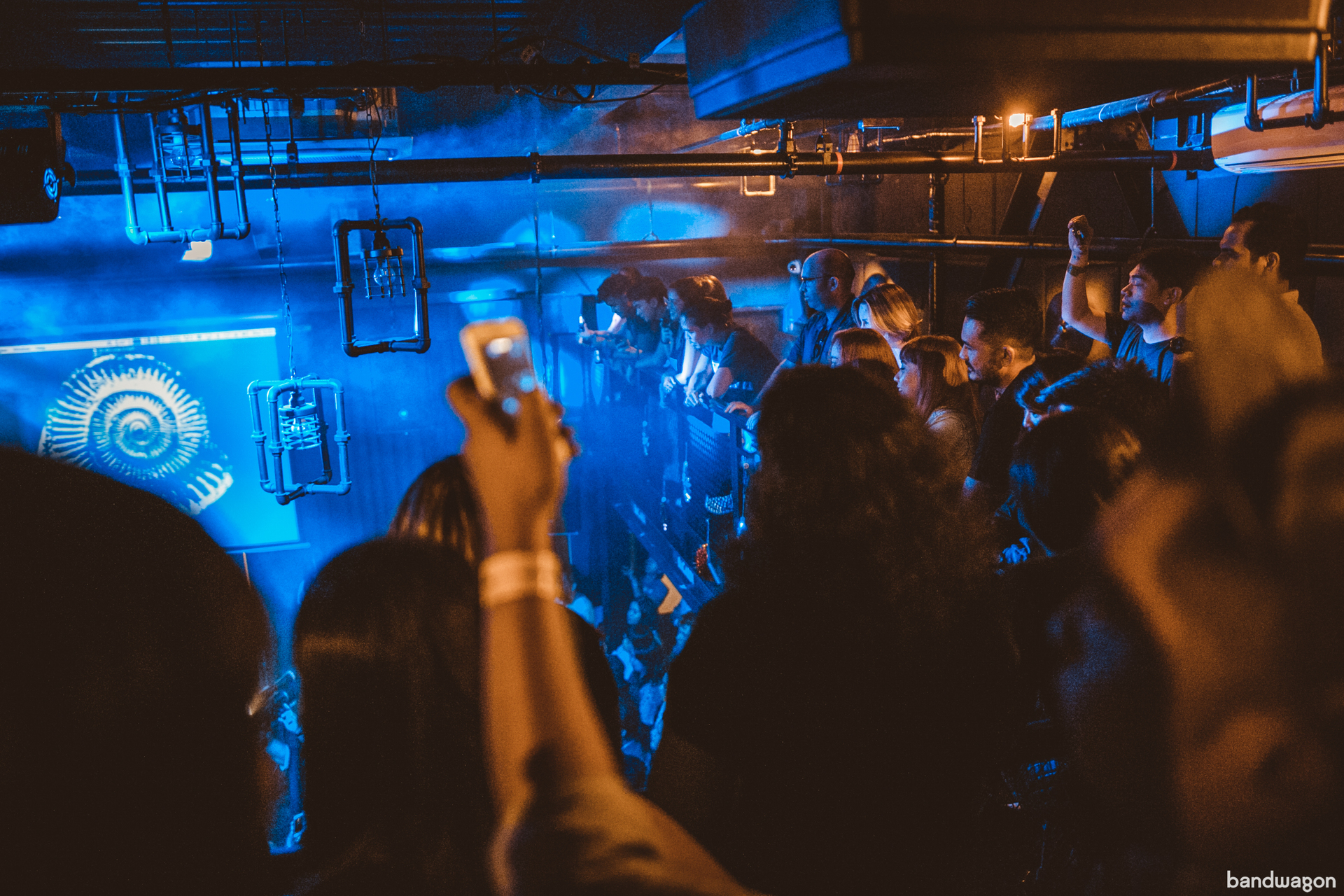 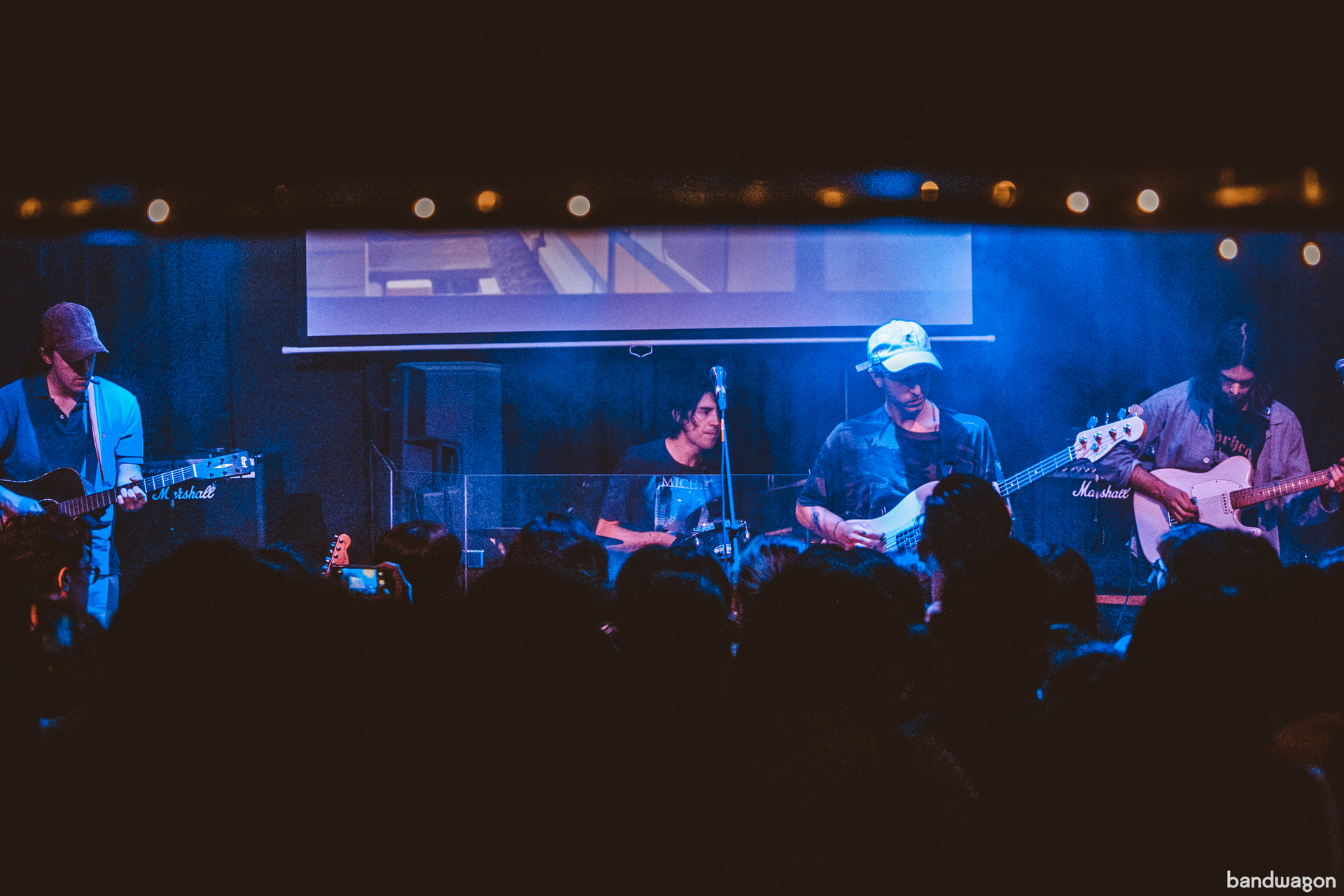 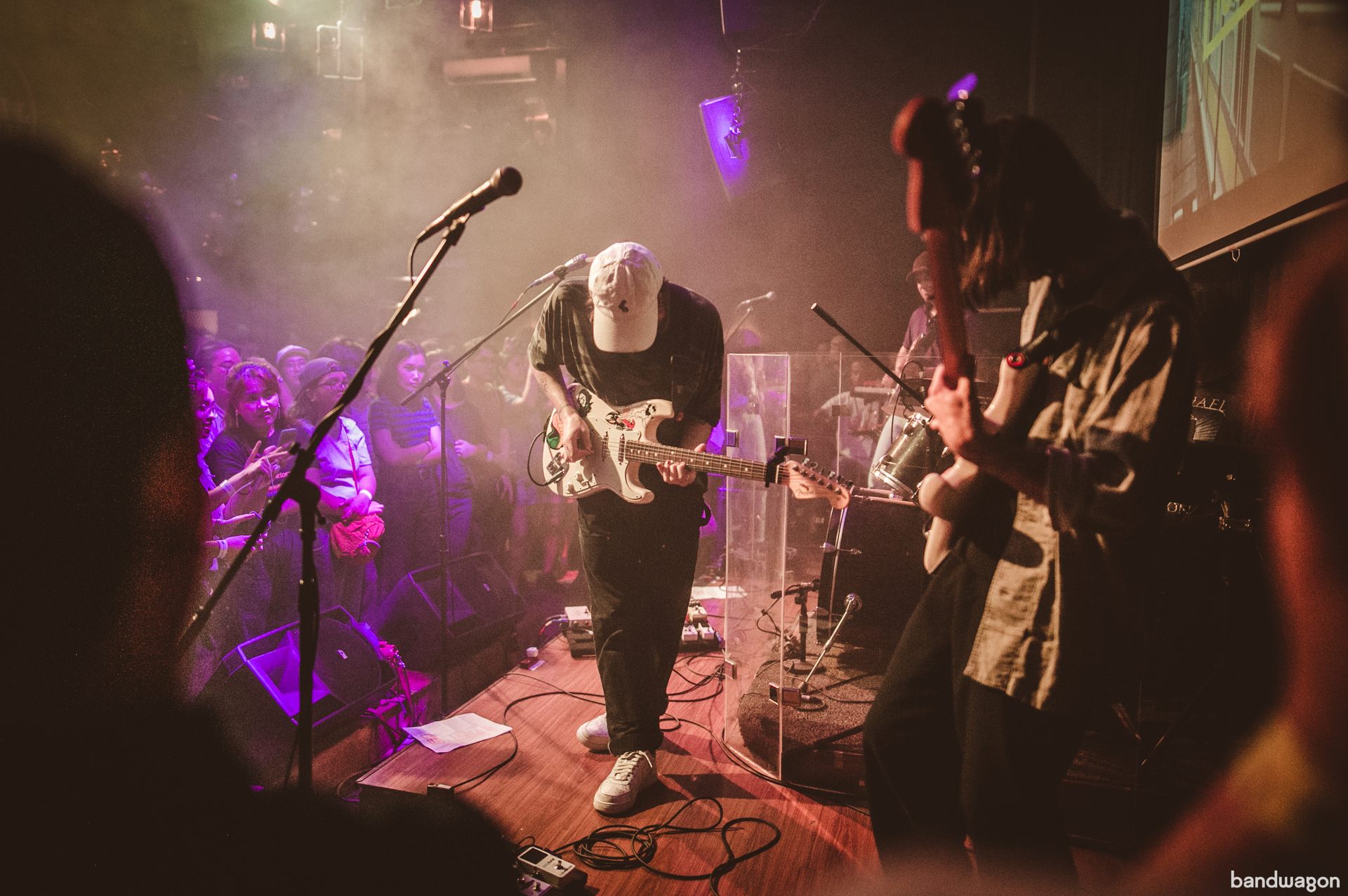 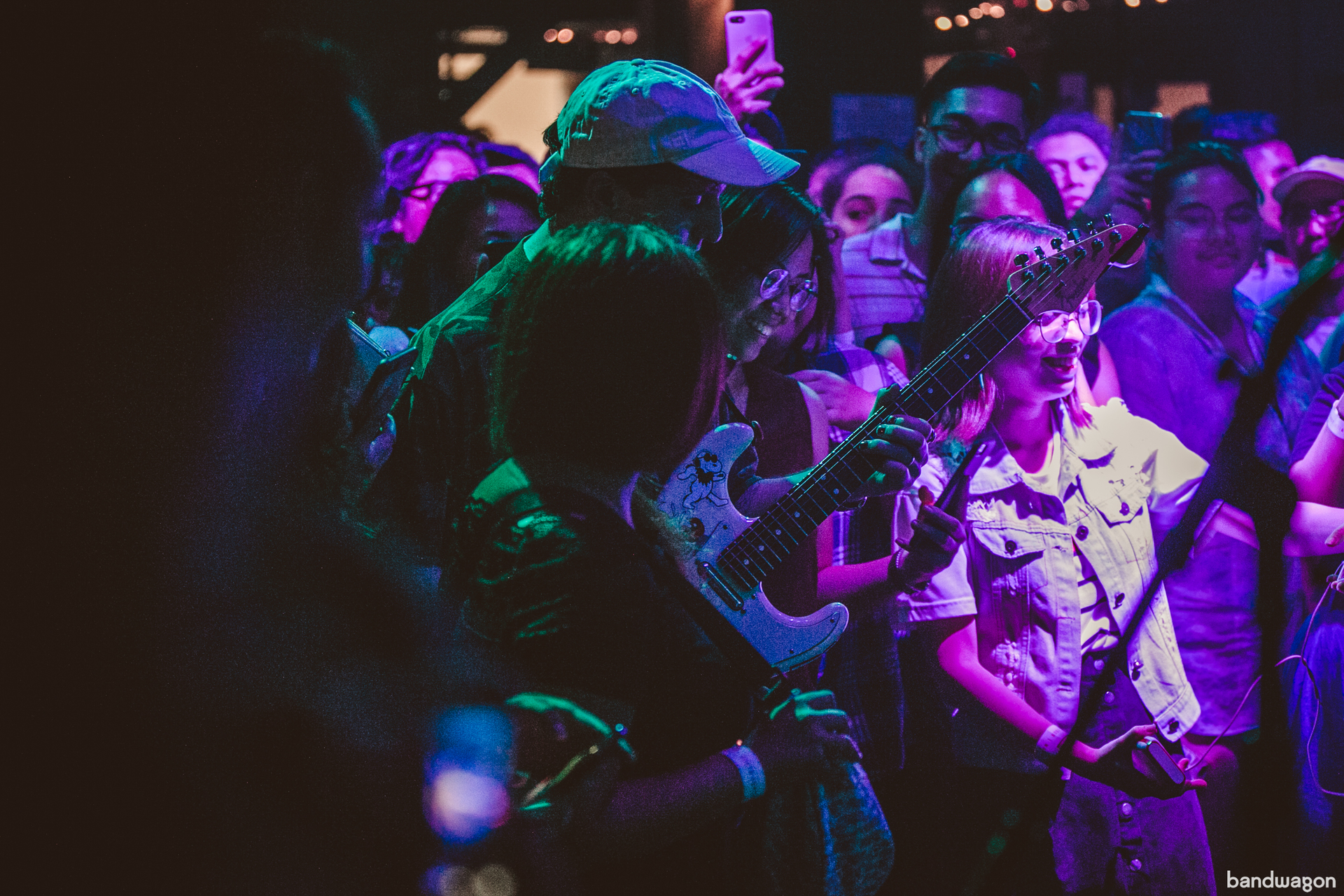 Beach Fossils Live in Manila was presented by Independent Play.