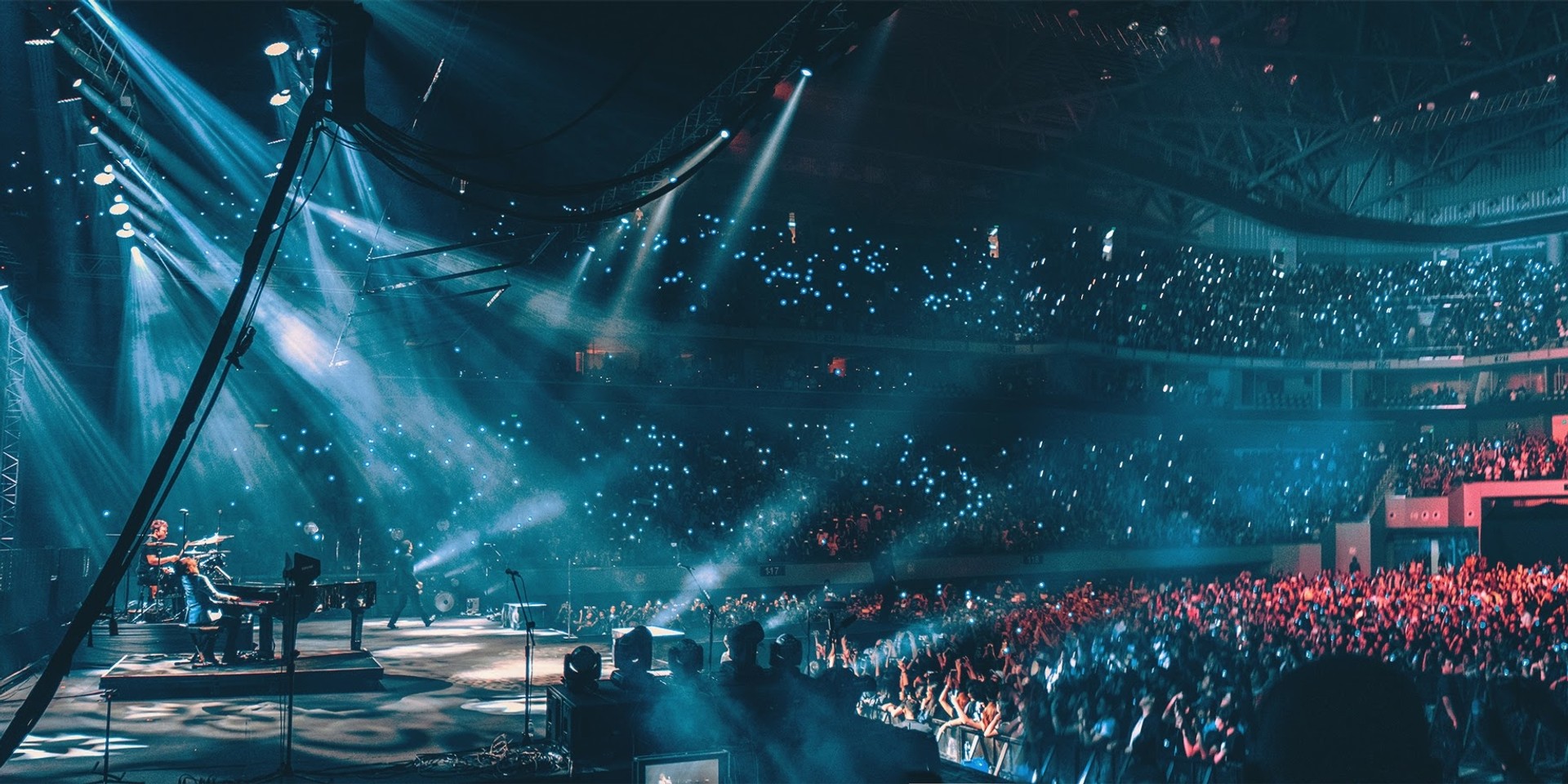 The term ‘speechless’ takes a whole new level every time you have it expanded by a person dedicated to flourishing their life with their current obsession (AKA a fan). Their culture has been overshadowed with the painstakingly generic image of screaming groups of people pulsing their signs in the air, while wearing shirts that accompany the visual façade. There’s a great deal in learning (and experiencing) what goes beyond the online forums, fan projects, and having every poster to plaster all over your room.  As we’ve dwelled into discussing the pros and cons of concerts, gigs, and most events we’ve been to, it’s about time we showcase the unsung heroes of the scene: the fans. 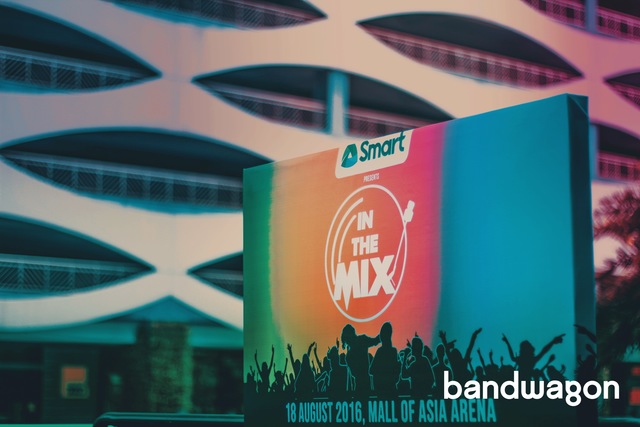 In The Mix was a ginormous salad to feast on; from teenagers fresh from their high school to adults that filed their leave for work early on, there was no limit as to which kinds of people you’d sit next to in the crowd. We scouted far and wide, and even closely around us to observe and have a chat with a couple of people that shared their stories. It’s always challenging even as a writer, because we have to take the squealing down a notch to properly ingest all the thought-processing. There are preparations done, plans made, and out-of-routine choices done to stitch our schedules together as we fully invest some space for our favorite artists. 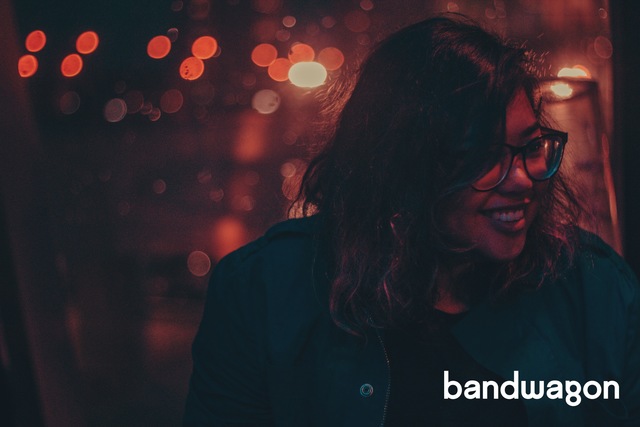 “I buy a pack of candy and an espresso roast, because I have to be awake for the whole time. As a photographer, I research and watch past live shows of the artists I’m going to cover. As a fan, I don’t really like listening to the albums or the songs beforehand because I really want it to be a different experience.”, as Karen shared about her pre-concert habits. 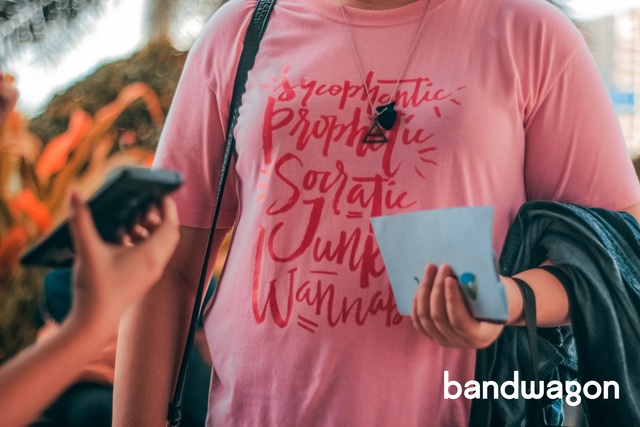 In contrast, Henri (a photographer and owner of fan-centric online shop Fandom Capital) tells us about planning meticulously, “I plan everything; from what to wear, what time I have to be at the venue, ganyan. Like looking for concert buddies, syempre masmasaya na may kasama kasi music is best experienced when shared. Kumbaga, kailangan mo ng kasama to sing your heart out and then after [the concert], may support group ka na for the PCD (post-concert depression)”. [It’s more exciting to have a buddy with you because music is best experienced when shared. As if, you need someone to sing your heart out with and then after the concert, you’d have a support group for the PCD (post-concert depression) that would transpire] 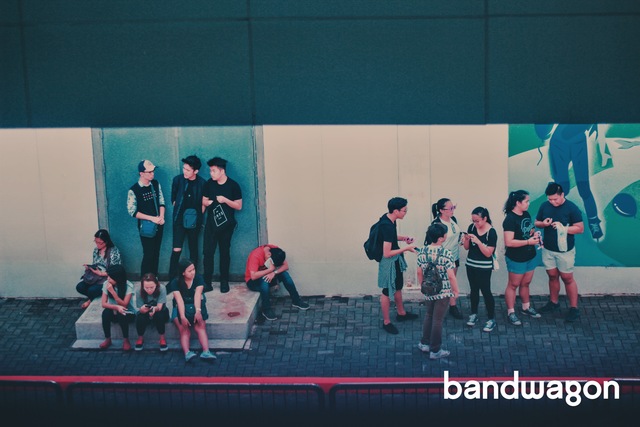 But it’s still a pool of surprises, as the most remarkable experiences are the ones that leave a scar (may it be financially or emotionally). It could be getting into your first mosh pit alone, or standing in queue for three hours to get into the stadium before the show starts. 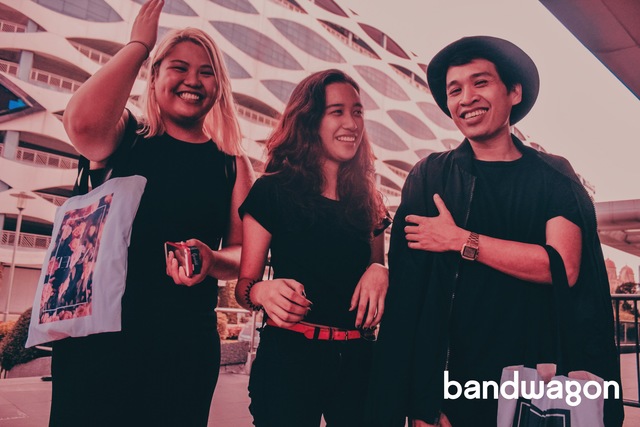 Tzie, one of the founders of the Filipino street team for James Bay, shares, “When I went to the UK for a Business trip, I made sure that I get to see James Bay. Luckily, he had a concert during my stay but it was so far and in the middle of the forest, and I'm not familiar with the place. The concert was also sold out. So, I looked for tickets online, planned my trip to the venue and how to go home. Going home was sorted out by my friend, I bought a ticket on a site with bad reviews, but thankfully, I got a ticket in its original price! Then, I walked 3.5 miles in the middle of the forest to go to the venue. I arrived safe, watched James Bay live for the very first time, and had so much fun.” Tzie, along with her fellow members of James Bay PH, met up with James Bay's manager and received a signed guitar pick from him!

We also met an ecstatic duo that sat in front of us in MOA Arena. They were Risa and Grace, from Davao and Leyte respectively. Risa works with a home-based online job, and Grace is a full-time volunteer. They both traveled away from home solely for this concert. 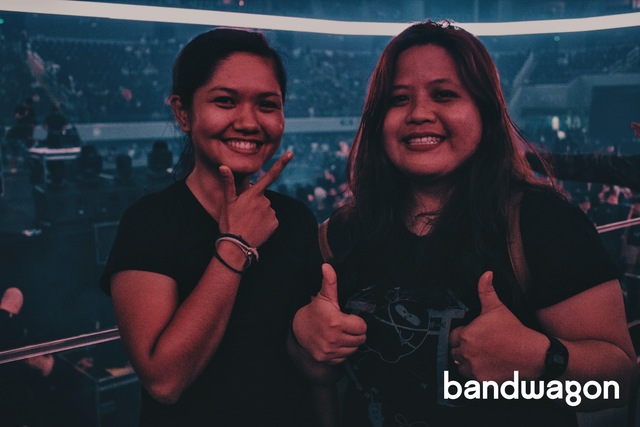 “Nagkakilala kami sa isang volunteer program sa Tacloban, and kept in touch after. Tapos nakita ko yung announcement online, at nag-plano na agad ako at inaya ko siya. Sobrang fan kasi ako ng Third Eye Blind talaga besides si James Bay at Panic! At The Disco.”, [We met during a volunteer program at Tacloban, and kept in touch after. I saw the [official concert] announcement online, and I planned ahead then invited Grace. I’m a really big fan of Third Eye Blind at most, then of James Bay and Panic! At The Disco], Risa says.

“Hindi talaga ako super fan ng mga artists pero inaya niya ko, at game naman ako. I went to Malaysia dati only for a concert din naman. Haha! Nagsend pa siya sa ‘kin ng playlist sa Spotify ng mga artists sa In The Mix para pakinggan ko bago yung concert, para may feel ako ng vibe.” [I wasn’t really a big fan of the artists, but Risa invited me and I was good to go anyway. I went to Malaysia back then only for a concert so… Haha! She even made me a playlist on Spotify for In The Mix, so I could listen to it before the concert and get a grasp of its vibe.], Grace shares. 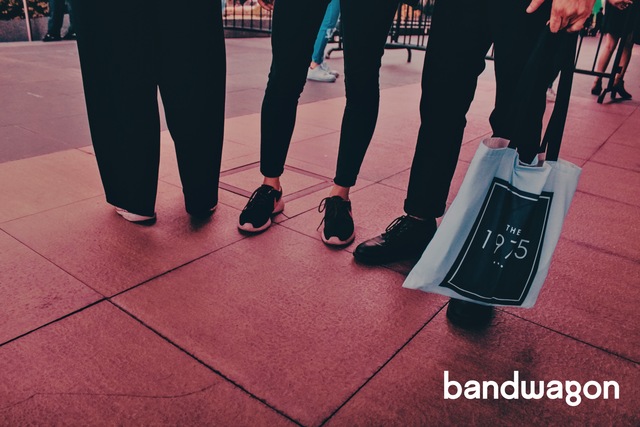 Amid every vivid moment we’ve had of re-organizing our calendars and watching the incessant ticking of the clock, there’s a certain adrenaline rush that calibrates every fan. There are the video projects, huge collages from their ‘fetus’ days, or even tribute nights to celebrate their music. Whether you’re stumped from all the paper cuts or sleepless nights, there’s nothing else that fuels us than expressing how we feel in tremendous ways. 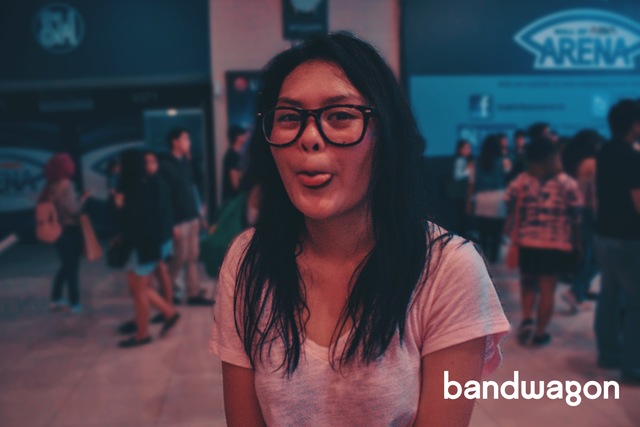 Izzy, a high school student, shared how she’d create a mixtape for her favorite band from the lineup, “I'd make a mixtape for the 1975 and I'd add iconic songs like Don’t You (Forget About Me) by Simple Minds, Take On Me by A-ha, Girls Just Wanna Have Fun by Cyndi Lauper, and I Think We're Alone Now by Tiffany… songs like that. This sounds really weird but I want to give them a playlist full of 80's hits because I'd feel like it'd be hella fun to dance with them and 80's hits are probably the most fun songs to just jam out to, and their new album has that vibe too!” 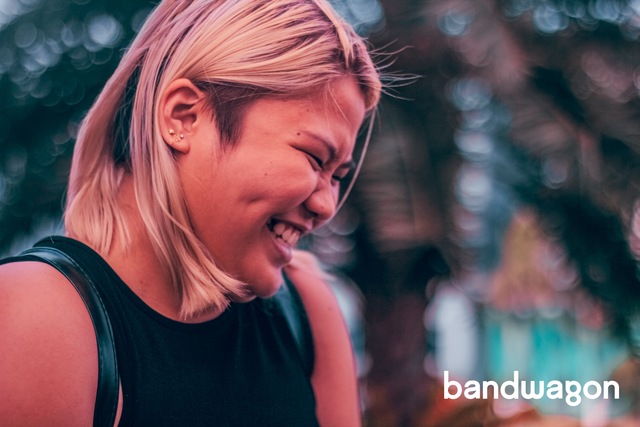 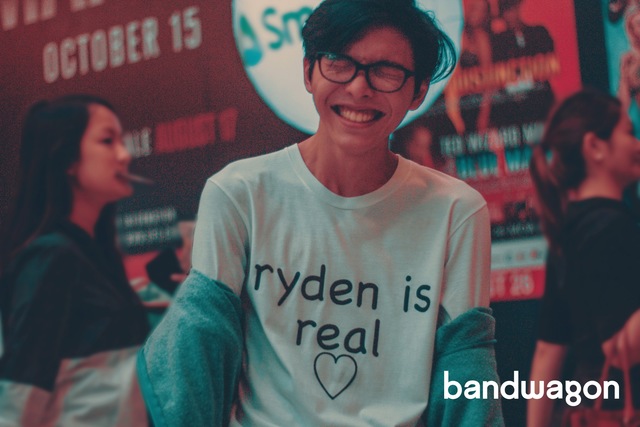 We also came across a guy wearing a “Ryden Is Real” shirt and called himself Beans who said, “I’d give Panic! At The Disco every song with Ryan Ross in it. Gusto ko lang ibalik all of Ryan Ross to them.” [I want to give them back everything about Ryan Ross.]

In a sea of exhilarating experiences, high-pitched out of tune screaming of lyrics, and buried fan fiction, the unsung heroes have always saved the day with their fresh perspective towards music. At times, the fans themselves are the ones that have been making the industry bright and booming. As a cliché quote from almost every single musician expressing their gratitude, “We would be nothing without our fans.” 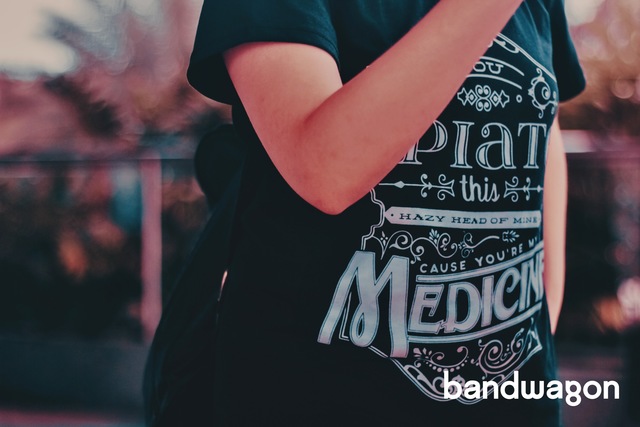 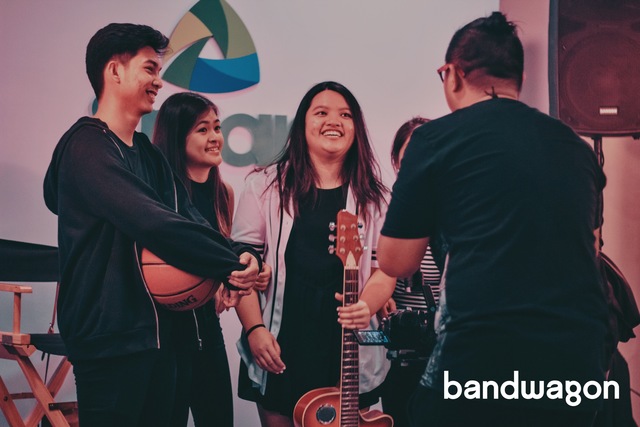 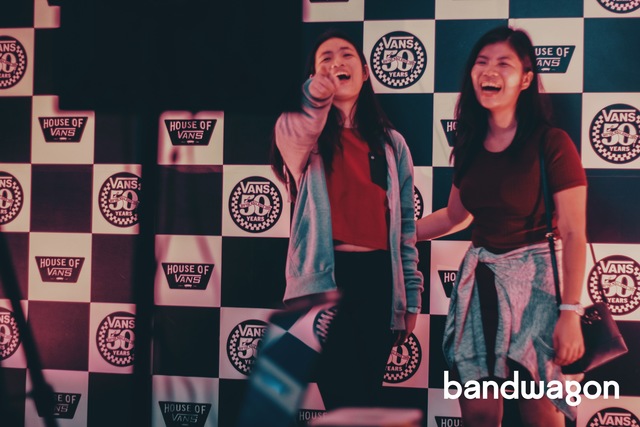 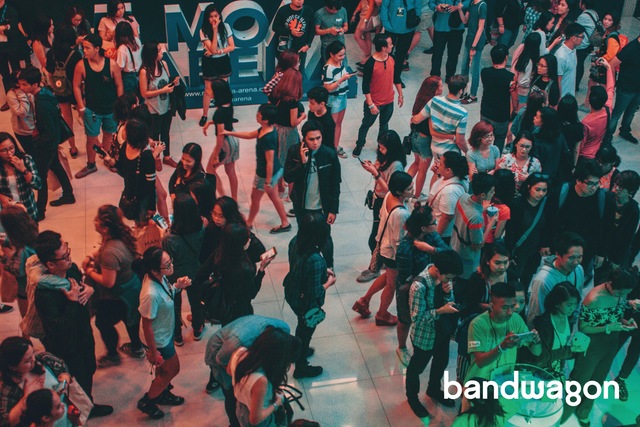 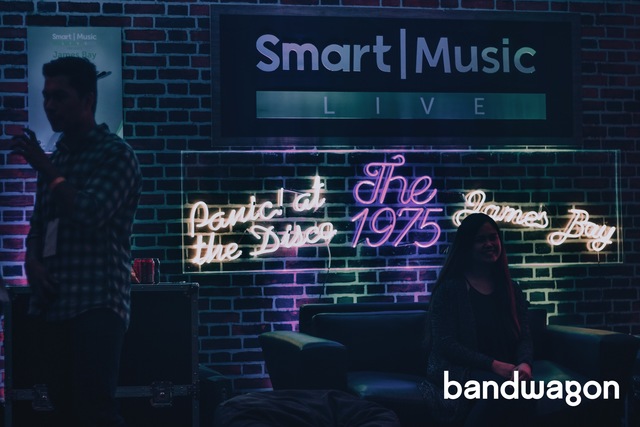 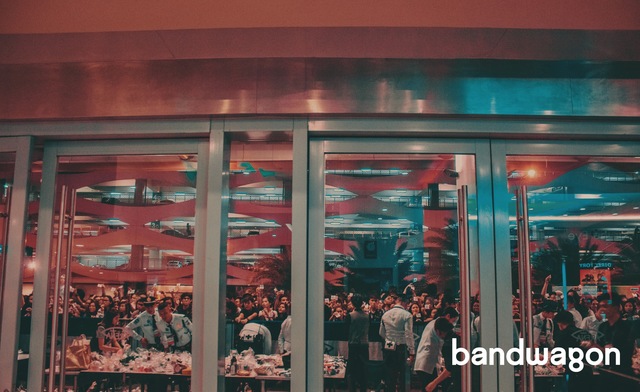 Behind The Scene is a new Bandwagon series where we take a closer look at the people beyond the music, whatever "scene" they're in.

Special thanks to MMI Live for inviting us to the show!