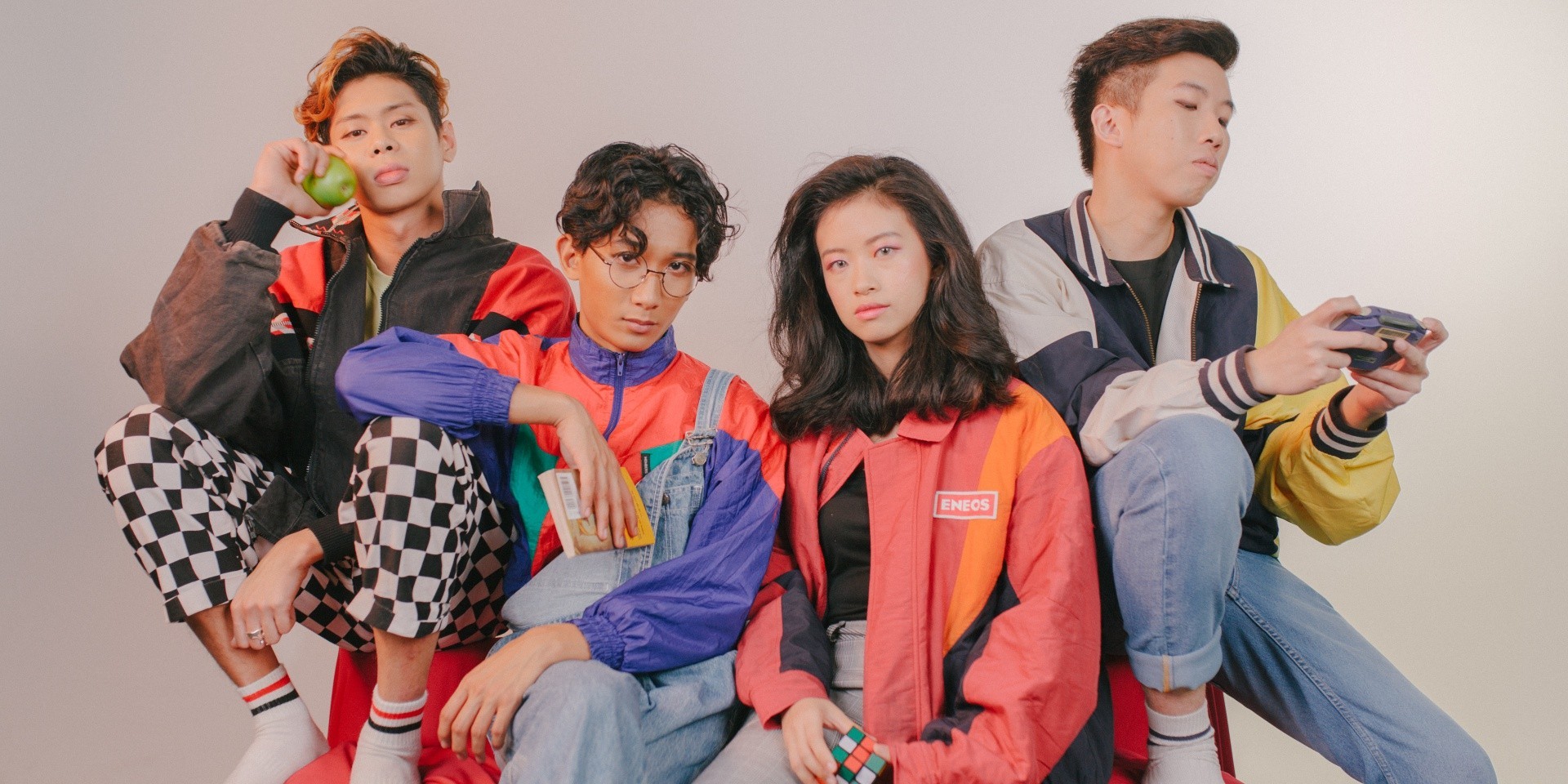 Make no mistake: Disco Hue is still in love with the ‘80s. This is important because the local quartet’s new single 'Can’t Be Mine', which released earlier this morning, is a fine tableau of the band digging deeper into the earthy, almost spiritually shimmer-ready powers of the canon that defines its christening, while staking claim on new and higher creative ground.

Two years since their name-making debut EP Arcade, Sherlyn Leo, Auzaie Zie, Rush Ang and Billy Chua have heralded new music with a transformational example of what’s to follow. Their endeavour has never been throwback-for-its-own sake and here, with tighter, more knowingly sinewy grooves, pop-funk flourishes and straight-for-the-heart songwriting – Sherlyn coos, “I don’t want to do this no more / If you can’t be mine” – the band emerges from its artistic baptism sounding larger than the parts that inspire it.

Bandwagon caught up with the band recently and below, the foursome shares the good tidings of its new dawn.

What’ve you been up to in the two years since Arcade?

Zie: We’ve been hiding in our cave and writing. A lot has happened and I think we’ve grown in a lot of ways. We had solid songs on Arcade but we were still finding our sound – the one that best reflects us. There was a process of deliberation, refinement and soul-searching.

Billy: In these two years, we really thought hard about this current musical phase that we’re in. I’m happy to say that we’ve arrived at a point where we can showcase who we are as Disco Hue better.

Rush: I’ve been pursuing my degree in creative musicianship in London. But I’ve also been flying back-and-forth to write with the band whenever I can. We also sent files to each other to make the process easier. London has opened my mind a lot – it’s like Singapore but 50 times more advanced.

Sherlyn: We’re definitely surer of ourselves than we were two years ago. But after playing so many shows and gaining experience in other areas, we want to show people that we’re back and we’re here to stay.

Sherlyn, you’re the newest member of the band. How do you feel about your place therein now?

Sherlyn: Back then, I was this clueless fetus! I didn’t study music so I wasn’t sure of how the dynamic would work. I didn’t have any background in performance as well. Everything was new to me. Since then, I’ve grown more as an individual and musician. I know what I like and how to reach the level I want to be at.

So, for each of you, what has been the biggest change in your approach to your craft compared to two years ago?

Zie: There’s more emotion now. We were super young when we were writing Arcade. It was chiong-in-the-club stuff; waiting-for-the-girl stuff. But our music is more thoughtful and heartfelt now. Individually, we’ve all gone through some heavy stuff and we’ve shared our stories with each other. Our approach is much more collaborative – we are all writers and producers, now. We’ve just become braver people.

Billy: What contributed to that fact is that, over time, we each found our respective grooves in the band. We gravitated towards what we were good at and took it from there. It definitely helped the band dynamic and made things a lot smoother.

Sherlyn: I joined the band when most of the songs were originally done. I only helped write 'Gotta Find You'. But this time, I wrote a lot more. The lyrics are also a lot more deliberate and intentional. Every song has a backstory and we want our listeners to get a sense of each story when they listen to the songs.

Rush: I’m more hands-on with stuff. Last time, I’d just sit down at a computer and do stuff on Logic. Right now, I’ll pick up a guitar or synth and build from there. There’re a lot of keyboards in school and that’s really helping my creativity. I started using Ableton last year and I can see why it’s such an amazing tool. The possibilities are endless.

Would you say you sonic palette has expanded beyond the '80s?

Zie: We’re still the same people who put out Arcade and the band’s name still has 'Disco' in hit. It’d be weird if we suddenly started making heavy metal. But the thing is, we’re surer of what our palette is than we’ve ever been. Besides that, we’re also aware of what people think we sound like. And we want to stretch it further by exploring. Like, this new song has elements of Bobby Brown, Max Martin, NSYNC and Bruno Mars. We’ve always wanted to make music like this but now we finally can. It’s a more sophisticated version of the old sound.

Billy: This sophistication also comes from the fact that we have a clearer picture of what Disco Hue is and that we’re more confident than before.

Rush: Yes. Being in London, I was exposed to grime and garage in real time. But at the same time, I’ve ventured deeper into the '80s sound and understanding it better.

What about your new music are you the proudest of?

Sherlyn: I love it because it’s very holistic. Everyone put their best efforts into it. It’s cohesive and tight. This is the best representation of Disco Hue.

Zie: I used to be the guy who was like, ‘It has to sound like that’. But I’m over that now. There’s no strict way to do things. Because we’ve all improved, we can trust each other’s input and put out stuff we love. It’s much more fun to write now. I also want to stress that out of the four of us, Sherlyn has improved the most.

Billy: I’m so impressed by how versatile the new music is. From both a listener’s and band member’s standpoint, I can see how this new single will connect with people, whether on record or live. It covers more on the emotional and musical spectrums.

Rush: I’m proudest of the fact that we actually made this song. It’s so different from Disco Hue’s old sound. It retains a bit of us but it’s a step forward, musically. It took a long while but I’m glad we made it.