It was a legit rock and roll gig with their brand of 70's rock, synths and guitars with layered vocals, exciting the crowd enough to put and keep them on their feet for the whole two hours. Journey packed out the Singapore Indoor Stadium last week bringing the still fresh-faced Arnel Pineda to show the world the classics of the band Journey.

The contrast between some of the older members and Arnel is apparent. With a 33 year age difference between lead guitarist Neel Schon and Arnel, it might be said that some of the band members are past their prime. Ross Valery on bassist duty, and Jonathan Cain, rhythm guitarist, are both content to let the other three members do the moving around. Drummer Deen Castronovo, however, doesn’t show his age with raging drum beats, throwing sticks far too high for one’s eyes to follow and stunning the audience. Lead guitarist Neel Schon still has it in him to provide appropriate licks and still shreds enthusiastically, sending in some awesome licks, and long solos that contrast against the somewhat muted piano solos of Jonathan Cain, who also provides back up on piano. 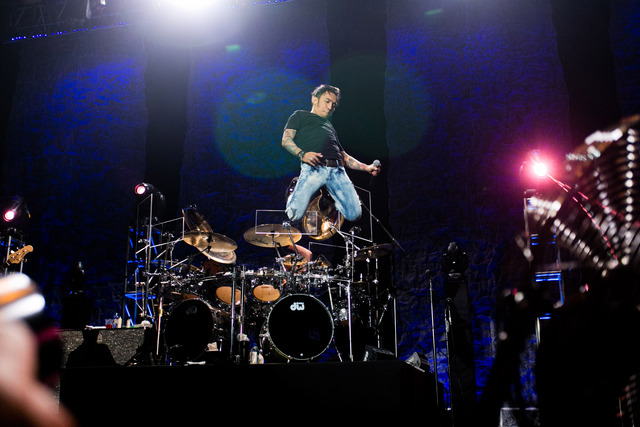 It’s hard not to love Arnel. His animated performance commanded the full attention of the crowd, stalking from one end of the stage to another, looking totally comfortable and at ease with his presence on stage. And it was nothing short of a top-notch performance expected from the frontman of a band of Journey’s caliber. The most endearing part of his performance was how he seemed genuinely happy, even somewhat privileged and appreciative of his position.

The story of his shot at fame is an interesting one – The band looking for a replacement for the vocalist position for Journey, spent his time on YouTube looking at videos, hoping to find that one guy. They clicked on Arnel’s video, and were subsequently blown away, immediately writing to Arnel to ask him to audition. And the rest, they say, is history. Tonight he hits most of the notes at ease, however at some parts he was pitchy and struggled to hit the higher notes, possibly out of the lack of breath that he had from jumping around the stage.

The audience was largely enthusiastic, and ranged from a crowd of people in their mid thirties to forties and fifties, who probably felt like they were reliving their younger days. However, it also felt like the band could have done with a slightly shorter set with shorter solos in between, dragging it a bit too long and a bit too hard on the attention span for this writer’s liking. Crowd favourites such as 'With Open Arms' and of course, the (revived and made more famous by Glee) song 'Don’t Stop Believing' made up for it, and got everyone (even the youngsters like me) on their feet, tapping their feet and swaying. And if there was anything to go by with Arnel’s inspirational story, it was truly not to stop believing. 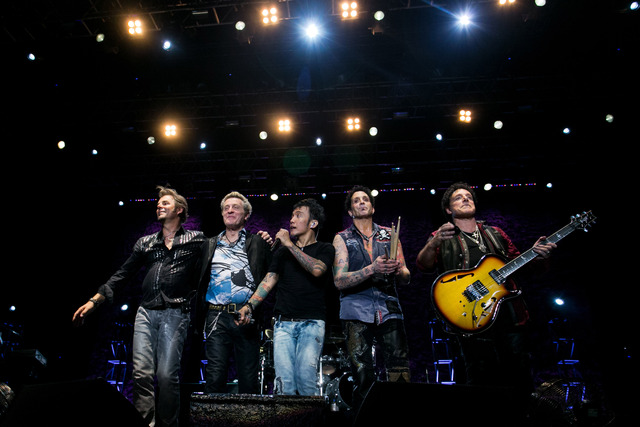