Indie pop ensemble Belle and Sebastian have been around for almost 20 years, a feat made all the more impressive when they’ve made nine albums and scary when you realise that they formed only in 1996. Oh the woes of age. The Scottish group have been lauded for their first few efforts, especially Tigermilk and The Boy With the Arab Strap, for frontman Stuart Murdoch’s surrealist lyricism which manages to tame the abstract enough with deeply personal topics and folk-infused pop to appeal to a wide audience— a balance which rivals equally influential acts like The Smiths and The Magnetic Fields.

It’s their affinity for bittersweet baroque melodies and jangly guitars that has made their sound far from dated — removed from Cool Britannia and Eurodance during their birthing period, they looked back to the pop and folk music of the 60s for inspiration. But with their newest album Girls in Peacetime Want to Dance, it looks like they’ve not run away far enough — embracing shimmery dance elements and even a slight political edge.

The latter’s not surprising, considering the events that surrounded the Scottish Referendum. But it was more than one major social crisis that impacted the band’s songwriting. “Some of the political references were more inspired of the aftermath of the financial crisis in 2008 and also the election of a conservative government in the UK in 2010.” says keyboardist Chris Geddes, who has been with the band since Murdoch established Belle & Sebastian as a full-time group.

As far as Belle and Sebastian and dance music goes together, it’s most evident here as compared to the rest of their celebrated discography. “We were definitely influenced by Nile Rodgers and Daft Punk and maybe a bit of Beyonce,” admits Geddes. “I think we like the idea of basing the song with a big kind of instrumental which I felt we got kinda close too.” It’s not just contemporary music that inspired the Scots, who name New Order and Pet Shop Boys as acts they looked up to when they wrote the new album. 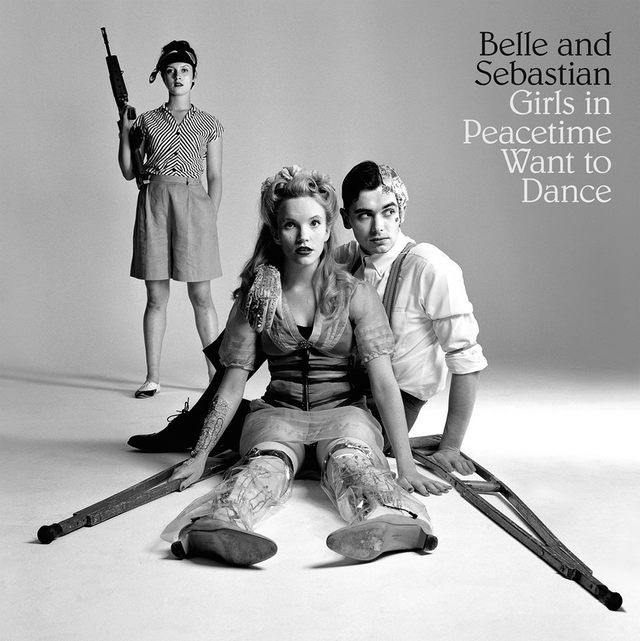 The dance elements introduced in Girls in Peacetime Want to Dance shouldn’t be a complete shock for ardent followers of the band, well at least that’s what the band hopes. “I think every album we’ve done has had upbeat songs,” claims Geddes. “There are songs on this album that still has that classic Belle & Sebastian style like ‘Ever Had a Little Faith?’. We’ve just not approached a dance-centric style quite as confidently as we’ve done here.” The new album also marks a change in how the band approaches a record. “Rather than settle on a style to set a template for the whole record, we just let each song dictate its own style and take that musical style as far as we were comfortable with."

Does this also mean a change in the band’s dynamic? A band which started out as a solo project of one Stuart Murdoch. “Stuart still very much leads the way. He wrote 2/3 of the songs on the new record.” Geddes said. However, he does offer an insight into how the dynamic has indeed shifted over the years. “The writing process definitely has changed to a certain extent. In the early days, he would have the songs completely finished, with the lyrics and melody all written and ready. He already knew what he wanted. All the arrangements were in his head but this time, he has allowed greater input from the rest of the band.”

Despite the term ‘indie pop’ thrown around frequently by many up-and-coming bands, Belle & Sebastian remain an indie band through and through. Having committed healthy relationships with Rough Trade and Matador Records, both fully-fledged indie labels, they’ve accomplished the rare feat of being 100% indie while still being influential and remaining a well-known name.

“There were major labels interested right back in the beginning of the band,” says Geddes. “I think we’ve always felt independent in spirit and we’ve always felt a powerful relationship with the labels we work with. We also feel that a healthy relationship is always assured with indie labels as compared to a giant commercial label.” For them, it’s also possibly a matter of staying visible in a saturated market. “You hear stories of bands getting signed to a major label due to a prominent person inside the label. Then suddenly, that person disappears and the label isn’t interested in them anymore.” 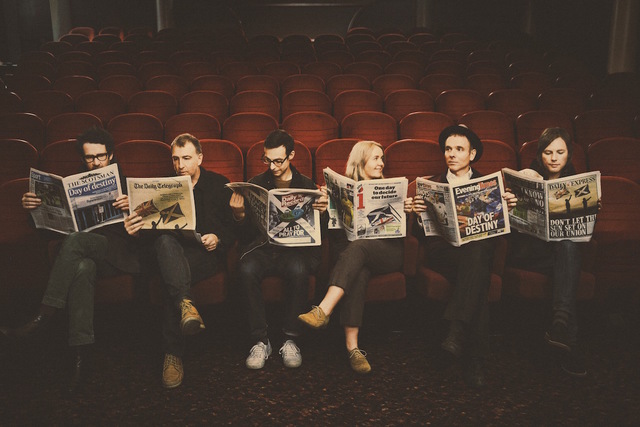 Not like staying visible is a constant problem for Belle & Sebastian, whose upcoming set at The Gathering marks their second time here. “We had a really couple of days in Singapore the first time.” Geddes remembers. “I had some pretty great food. We also went for some great cocktails, like everybody does as we’re told.”

The band wants to make sure they’re worthy of their headlining slot come Valentine’s Day. “We got to the point where we felt like we’ve been playing the same shows and felt it was time for a change.” says Geddes. “It’ll be a mixture of new songs and old favourites. We’ll be enlisting some local musicians for our string sections, looking forward to playing with them.” With a new and rejuvenated sound, expect something fresh from the lovelorn Scots. “The show will probably be different from the first time we played, but I don’t want to give away too much. If not, it’ll spoil the surprise!” he laughs.

Girls In Peacetime Want to Dance is now out at all good music stores. Belle & Sebastian will be headlining The Gathering on February 14.