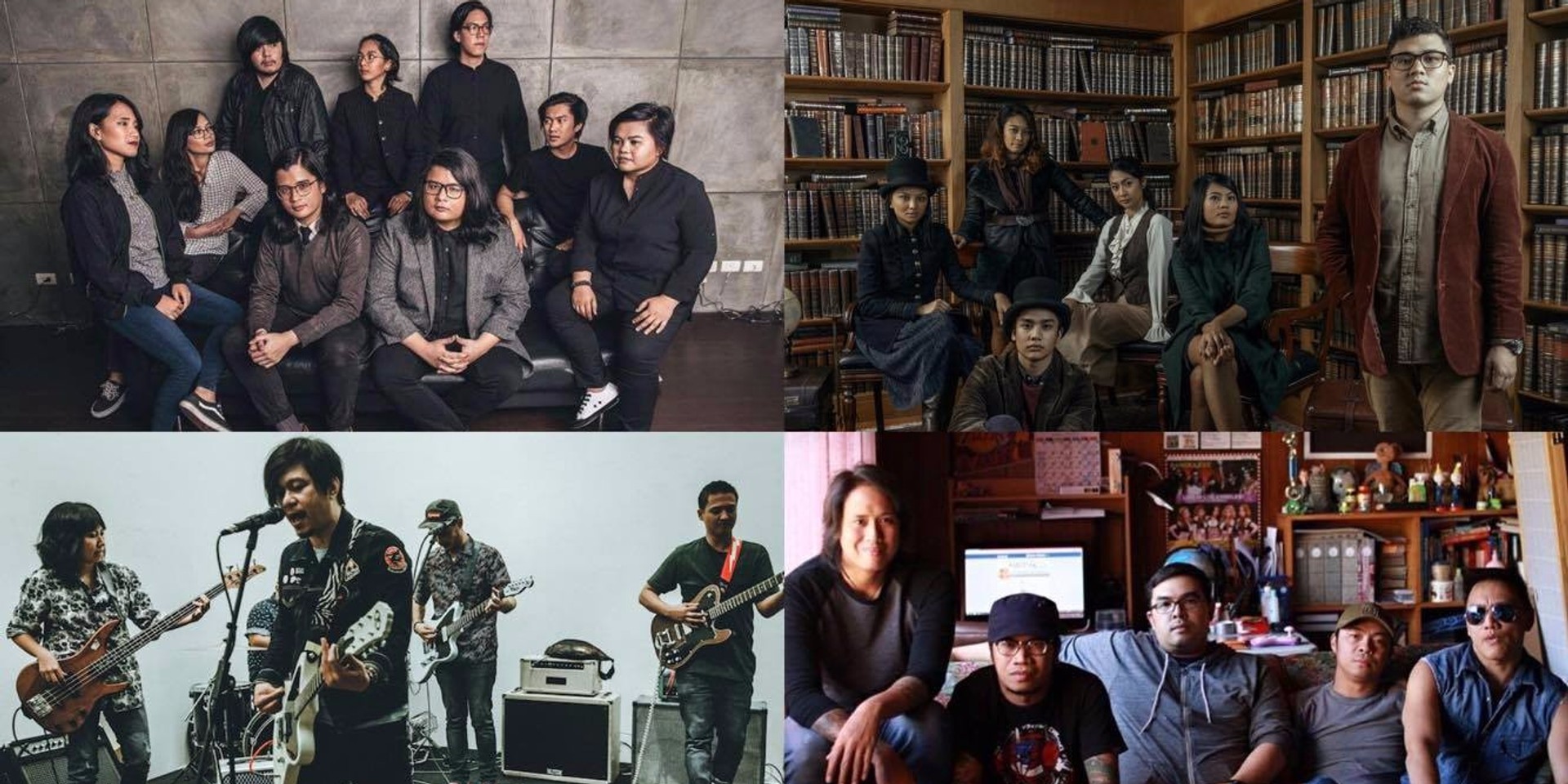 The ASEAN Music Festival 2017 is happening next Tuesday, November 14 at the Ayala Triangle Gardens in Makati. 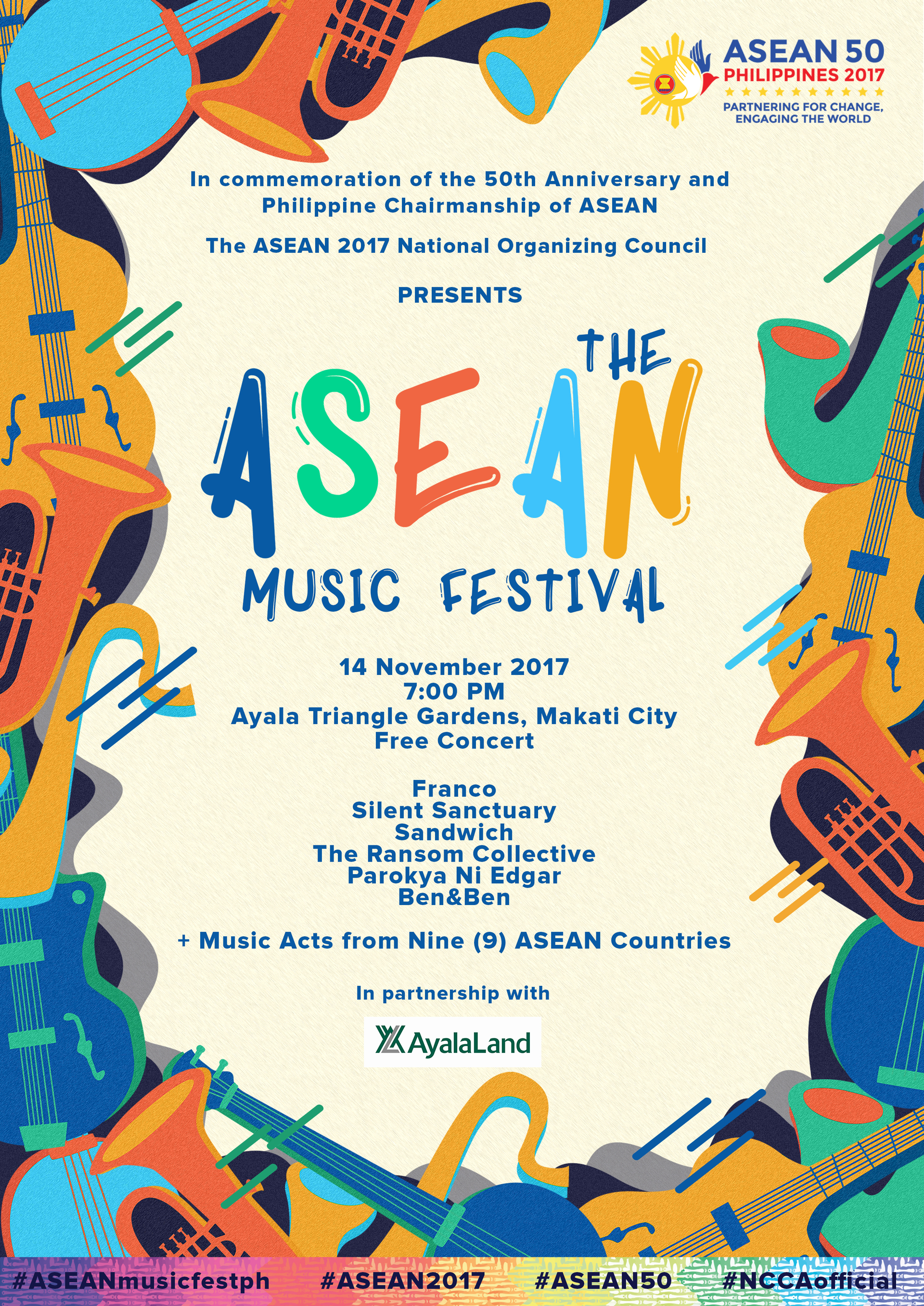 The ASEAN Music Festival is part of the yearlong celebration of the 50th Anniversary of ASEAN and the Philippine Chairmanship of ASEAN Meetings for 2017.

Check out the event guidelines here: 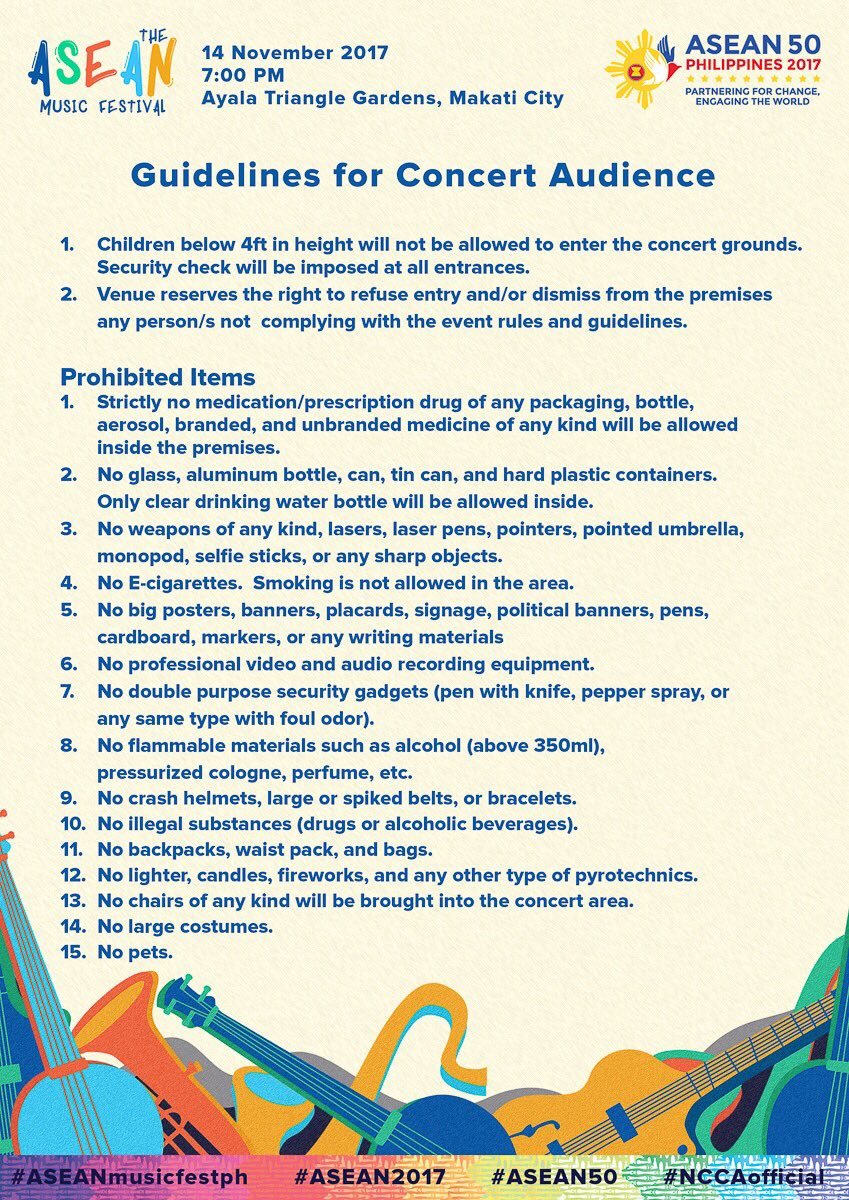