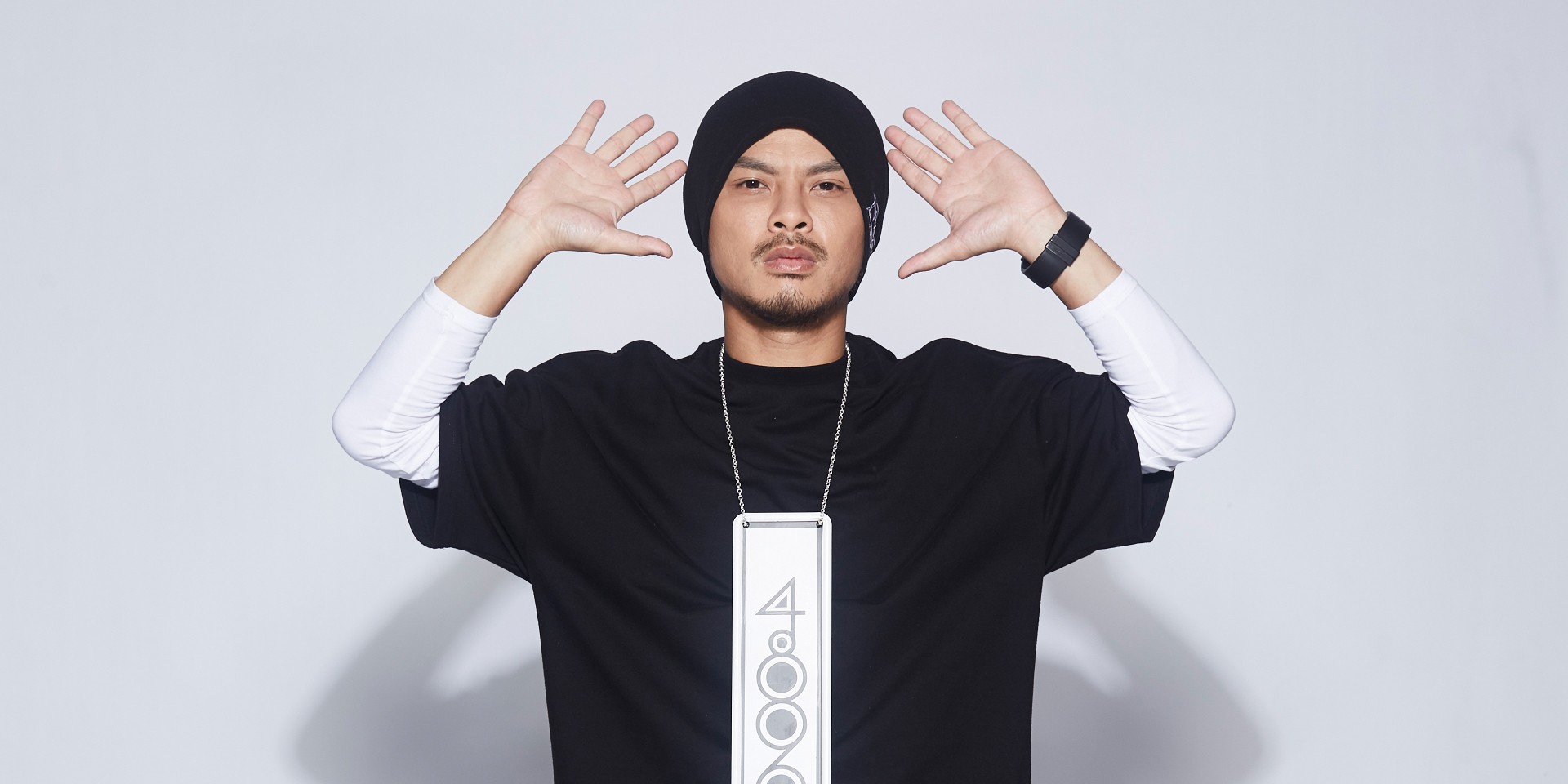 When 15-year-old Wee Meng Chee first tried his hand at song writing, he quickly noticed that his original songs brought joy to the people around him. Although nobody had heard these original songs before, his classmates quickly learned them, and often sang along with him in school. Motivated by this, Wee kept on writing. By the end of secondary school, he had accumulated a few hundred songs.

A few years later, Wee began looking for ways to sell his songs to other singers. Around this time, he became known as Namewee among his college friends (Wee’s Mandarin name ‘Ming Zhi’ sounds a lot like the Mandarin pronunciation of the word 'name', or ‘ming zi’). Eventually, Namewee turned to YouTube to upload and showcase his original songs.

“The good thing about YouTube was that I could even film music videos to accompany my songs before uploading them,” said Namewee. “At the time, YouTube was just a platform for me to share my songs with my friends and family. It was only until I uploaded the songs ‘Muar Mandarin (麻坡的华语)’ and ‘Negarakuku (我爱我的国家)’ that people began to take notice of my work.”

The latter song was highly controversial upon its release in 2007. A restyling of the Malaysian national anthem ‘Negaraku’ as an R&B track with rap verses, the song covered elements of life in Malaysia, and alluded to issues such as police corruption, inefficient public services and biased government policies. ‘Negarakuku’ was also accused of disrespect towards Islam and Malay people, and the song even became a debate in the Malaysian parliament, with politicians pushing the government to take action on Namewee.

Fortunately for Namewee he was out of Malaysia’s jurisdiction at the time, as he was studying in Taiwan. He did have to issue a public apology to the government and Malaysians who had found the song offensive. The apology was rejected by the cabinet, and the Home Minister soon issued a gag order on all mainstream media to cease reporting on him. By this point, Namewee had become a viral singer, with ‘Negarakuku’ receiving more than a million views on YouTube before its removal.

Songs from around the world

Since then, Namewee has continued writing songs, and his YouTube following has continued to grow. His songs are often inspired by cultures and languages all over the world, such as ‘Thai Love Song (泰国情哥)’ and ‘Thai Sad Song (泰伤情歌)’, and Hong Kong-inspired ‘Learn Cantonese (学广东话)’. This has helped Namewee become popular swiftly outside of Malaysia.

His latest viral hit ‘Tokyo Bon 2020’, features an entire chorus of “Japanglish”, English words pronounced in a Japanese accent, such as “Makudonarudo (McDonald’s)” and “Kitto Katto (Kit Kat)”. The music video, which features significant landmarks in Japan, was produced by Tokyo and Malaysia-based marketing company Cool Japan TV, which aimed to promote tourism to Japan. The song initially went viral in China, before expanding around Asia, and has gone viral even in the US and Europe. While it still only has 11 million views on YouTube, the video enjoys over 100 million views across various social media platforms.

While Namewee’s fan following is still centered mainly in Malaysia and Taiwan, he feels no pressure to cater particularly to these markets. The singer told Bandwagon: “I have always been writing songs from all over the world. I like to travel and make friends from different countries, and listen to their music.”

“My hard disk at home contains many songs from many countries, even those you may not expect, such as Indian and Middle Eastern songs. I don’t know what the mass market likes, but I want to keep writing songs that I enjoy. In fact, many of these songs have done well in the Chinese market. So I don’t feel pressured to be going on any particular route. If a song is well done, I believe that any market will be able to resonate with it.”

Collaborations with other artists

In recent albums, Namewee has also begun to collaborate with numerous artists on his songs, such as Taiwanese hip-hop group 911, Malaysian singer Jess Lee, and even American violinist Lindsey Stirling. Last year, Namewee was able to work with Leehom Wang, one of the biggest names in Mandopop, on the song ‘Stranger In The North (漂向北方)’.

The song turned out to be one of the most popular songs in 2017, and has 104 million views on YouTube alone. It helped to propel Namewee to greater heights, and introduced him to more audiences in the Chinese and Taiwanese markets. He was even named among the ten “Artists of The Year” at the KKBOX Music Awards earlier this year.

“Akon is like a teacher to me. I learn something new every time I hear his songs,” Namewee shared. “Although you probably can’t hear it in my songs, Akon has not only influenced my music, but also my creative process.”

Namewee will be performing in Singapore this Saturday, 3 February, at The Star Performing Arts Centre as part of his 4896 World Tour. This is his first time in the country, and it has already been tinged with controversy: the concert was assigned an "Advisory 16" rating for mature content and coarse language by the Infocomm Media Development Authority (IMDA). In a comedic vlog response titled 'Prohibited Only In Singapore (到新加坡要小心的事)', Namewee advised fans on how they should avoid getting into trouble in Singapore should they visit for his concert (like abiding by speed limits and not chewing gum).

On a more serious note, Namewee is also looking forward to performing his new song ‘Father’s Dreams (爸爸的梦)’, he told Bandwagon. This song marks the first time he sings with his father, who will also be performing the song with him in concert. The singer also revealed that the song has yet to go up on YouTube, and will only do so after the Singapore show.

While Namewee is looking forward to his Singapore concert, he adamantly – and unsurprisingly – takes his country’s side in the eternal debate on whether Singapore or Malaysia has better food: “Of course I think Malaysian food is better, I am Malaysian!”

However, Namewee did concede that Singapore’s food has more “quality control”, and most vendors have higher standards than Malaysia, where sometimes food preparation leaves much to be desired. He also shared his favourite Singaporean dish: “I really like the chicken rice in Singapore, especially the rice, and it’s something I always eat when I’m here!”