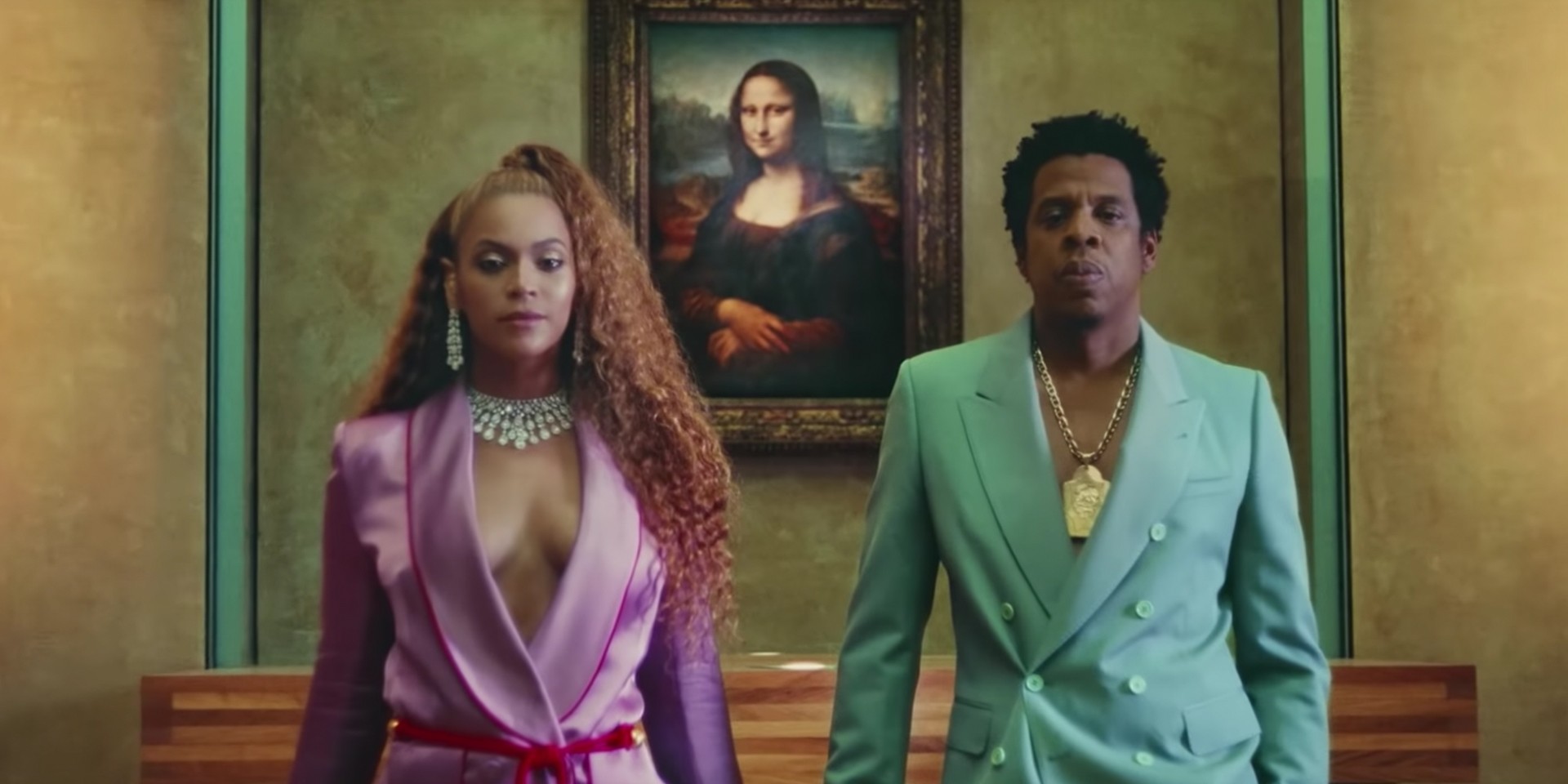 On Sunday morning, Beyoncé and Jay-Z – aka the most powerful couple in music – released a long-rumoured joint album, Everything Is Love, as The Carters. They also released a stunning music video for the lead single 'APESHIT'.

A trap banger which features ad libs from Quavo and Offset from Migos, plenty of flexing from The Carters in the verses, and some jaw-dropping rapping from Queen Bey, 'APESHIT' came with a music video shot in and around the Louvre museum in Paris. Directed by Ricky Saiz, the video features plenty of the museum's famous art, with The Carters and their dancers posing in the empty museum.

Everything Is Love dropped without warning yesterday, though Jay-Z had previously alluded to the existence of a joint album. The couple are currently on their On The Road II tour.

The 9-song, 38-minute album features, as is typical for Beyoncé and Jay-Z, an illustrious roster of collaborators, from the aforementioned Migos, to Pharrell (who produced and also raps on 'Nice'), Dave Sitek from TV On The Radio, Dr Dre, Ty Dolla $ign, and more.

Watch the video for 'APESHIT' below:

Stream Everything Is Love below: