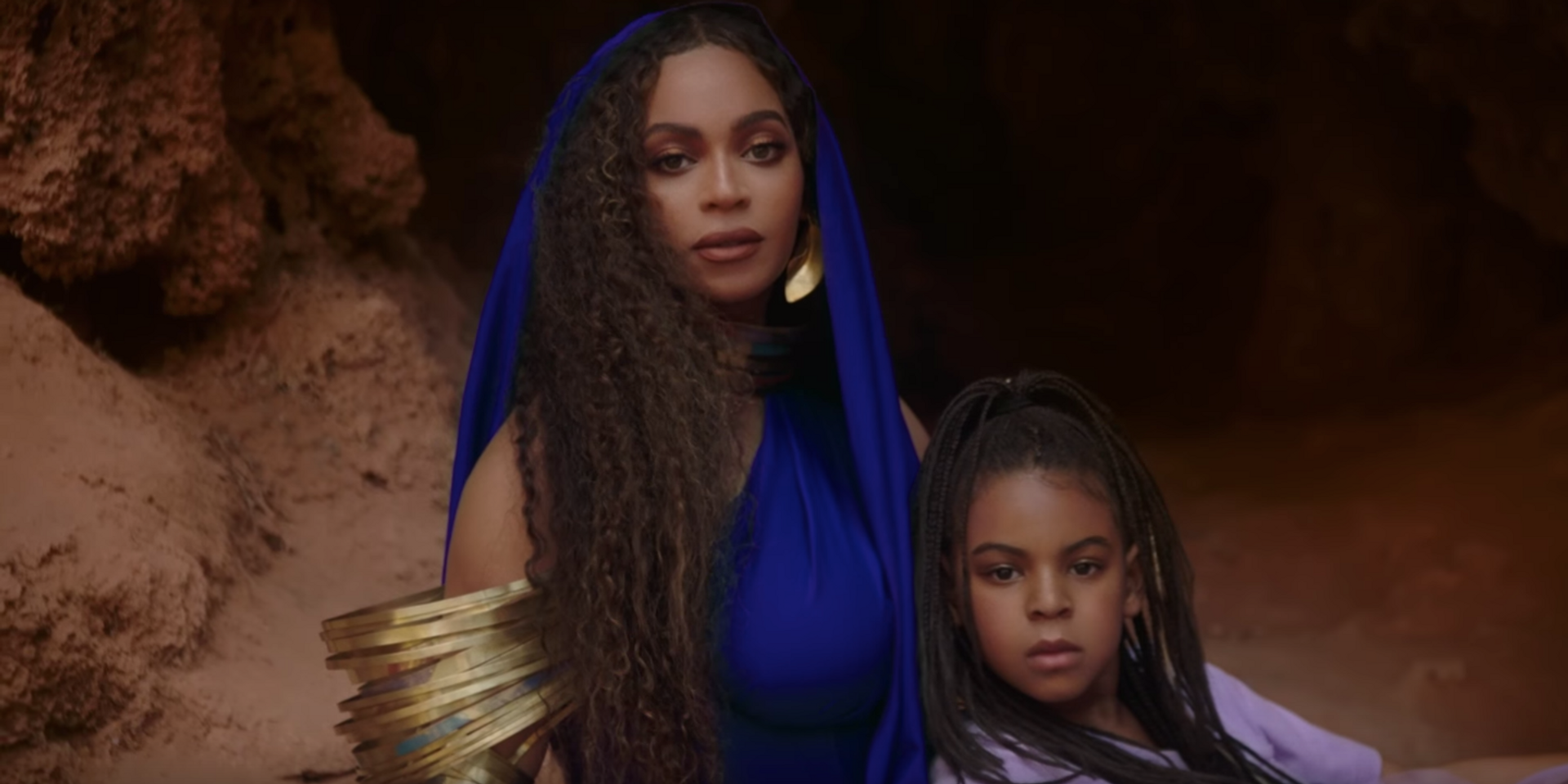 Beyoncé has released a back-to-back music video for her songs 'Spirit' and 'Bigger' off her Lion King-inspired album, The Gift. The double video came with the album on 19 July, just days from the release of the 2019 reboot of Disney's The Lion King.

The near 9-minute video sees Beyoncé in various colourful outfits, dancing around vast picturesque landscapes of Africa. 'Spirit' + 'Bigger' also features the artistic group choreography that Queen Bey is known for, as well as appearances from Blue Ivy. Footage from the movie, in which Beyoncé voices Nala, is interpolated throughout the music video, transitioning seamlessly between film and music.

'Spirit' and 'Bigger' are two out of 27 tracks in The Gift, which features works from Kendrick Lamar, Pharrell Williams, Major Lazer, Tierra Whack, as well as contributions from the cast of the movie.

Check out Beyoncé's double video for 'Spirit' and 'Bigger' below.