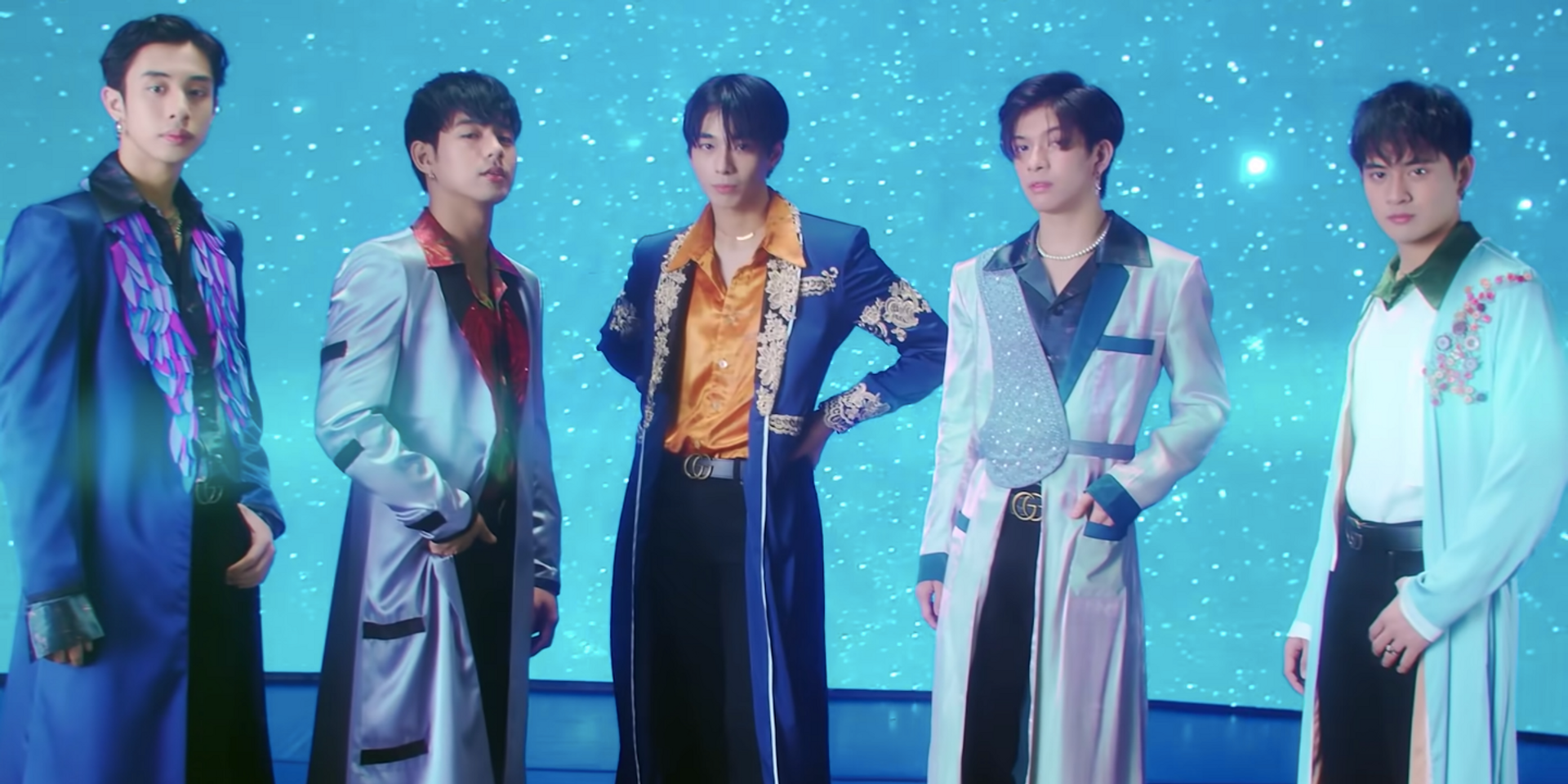 For a while, the idea of performing their own songs on stage seemed like a distant dream but now, it's a reality. After two years of rigorous work and perseverance, BGYO has become the latest addition to the Philippines' growing P-pop scene.

Fresh from their debut, Bandwagon caught up with the 5-member group, who walked us through snippets of their childhoods, their days as Star Hunt Academy trainees, and their life now. Despite the conversation taking place through a screen, it wasn't that hard to tell that BGYO tell a tale of determination, friendship, and relentless belief in your dreams.

Representing their mission to empower and motivate youths across the world while simultaneously lifting up the world of P-pop, BGYO stands for Be The Change, Go Further, You and I, Originally Filipino.

The group comprises Gelo, Akira, JL, Mikki, and Nate, all of whom came from their own musical and entertainment backgrounds. Gelo and Nate were part of their own individual dance teams, while Akira, Mikki, and JL all came from musically inclined families.

Wanting to venture into the world of music and dance on their own, the members found themselves part of ABS CBN's Star Hunt Academy in 2018, where they trained under some of the most notable coaches from the Philippines and Korea.

Stopping at nothing to make their dreams a reality, BGYO, who pre-debut were known as the SHA Boys, went through a series of highs and lows to get to where they are now. For the last two years, the members spent most of their days diligently training, all while being away from their families.

Regardless of all the struggles and obstacles, the boys saw it through, relentlessly fighting for their dreams and never giving up.

"Since we have a dream, we have to fight for it, kailangan tuloy-tuloy po talaga. I think that's what kept us going, our goal to be an international idol pop group. That's what helped us overcome the hardships of our training," BGYO tells Bandwagon.

Been a tough year for all of us, including the SHAtrainees, pero tuloy ang pangarap! They continue to work hard for their launch this year. Please continue to support these kids! pic.twitter.com/b7M6Yythyl

When asked what was the most important lesson they learned during their training, the group said, "The most important thing we learned is that self-practice is 100 times more important. As a group, we just thought we were going to rehearse and then after that rest, but once we had our Korean coaches, they taught us that you can't rest right away because it's not enough to be a good performer. You have to be the best."

Starting the year off with a bang, BGYO officially debuted on 29 January with an online concert, entitled Be The Light, that drew tens and thousands of fans. Serving as a grand celebration for all their hard work in the last two years, the boys spent the days leading up to the concert shrouded in a mix of nerves and excitement.

"What I was nervous about was our debut stage because that was going to be the first time na we will perform live. Kasi parang all the hard work and training tapos biglang salang po sa debut stage, iba po yung kaba compared to when we were just training," says Mikki

As part of the launch concert, the group premiered the music video for their first single 'The Light'. Tackling varied issues – from mental health to academic burnout, the track is a power anthem that "speaks about empowerment, hope, and self-love".

Be that star light ✨

Since its release, the song and music video has garnered over a million views and streams online and even spawned a myriad of reaction videos from fans all over the world.

"It's usually hard, after you debut, to get people to like you. So I was really happy that it [been a lot of] positive comments and positive people. I was happy that people appreciated our song because I was scared of the comments and whether they liked our song or not, so it's great that it's been mostly positive," said Nate.

'The Light' is just the beginning of what else BGYO has in store. Determined to uplift and be a voice for the new generation through their music, the group has big dreams and they're not letting anything get in their way.

Watch the music video for BGYO's 'The Light' here.