Elvis sits at the back of the stage in a royal chair, immortalized in a stained glass mural, presiding over the festivities within Hard Rock Café Singapore. He is king in the Rock and Roll kingdom, his chamber of Hall-of-Fame acts and classic guitars providing a pertinent backdrop to the afternoon’s events.

The title of the card is Hard Rock Rising 2012, The Global Battle of the Bands, Qualifying Battle II - Global meaning 86 cities around the world, from Berlin to Las Vegas, Bogota to Panama, vying for a chance to grace the Hyde Park stage and join the ranks of Bon Jovi, Rod Stewart and Bruce Springsteen at the prestigious annual music festival - Hard Rock Calling. Big prize, big eyes.

Appropriately, the atmosphere is a little thicker than your regular all-affable gig, but the tension is cut by Adlan of Crackerjack as they take the stage later on. “To us, this is not about the competition,” he quips, gesturing jocularly to Muhaimin from Green Monster on the second floor, “It’s about the music.” Hands are shaken, smiles exchanged, EPs given out.

Pleasantries aside, the bands get to work, gnawing at the seams of local music. Same rules apply as the first qualifying battle: One original, one cover, furnished for the approval of the judges. This week’s panel is another doozy: Steven Woodward (Midas Promotions), Addy Rasidi (guitarist from local legends Jive Talkin’), DJ Sonja (from Power 98FM), Jack Ho (from Jack & Rai), and once again completed with peers from the competing bands. 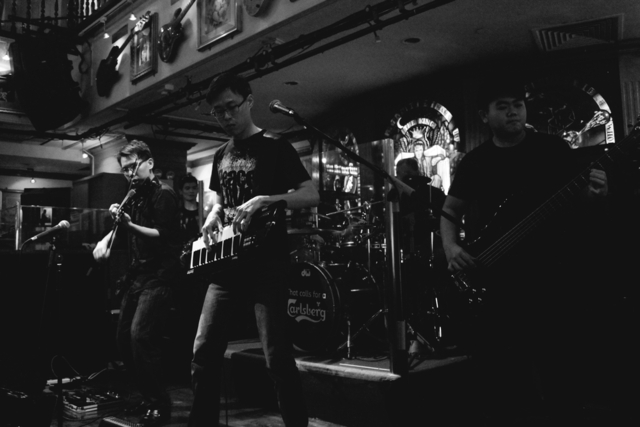 Up on stage first are piano-driven instrumental rockers Our Black Dolphins, fully adorned in appropriate black, with a very striking forefront of members David and Julian wielding an electric violin (black) and keytar (also black) respectively. They dive right into their original ‘Skyscape’, drowning the space in a blitzkrieg of symphonic rock and pop-sensible lines, reminiscent of acts like SENS and Muse. There’s a sense of disparity between them and the following acts, given the nature of a “sans vocals” band, but the guys pull out a haymaker in their second number, a cover of Depeche Mode’s ‘Enjoy The Silence’ proving that instrumental bands can indeed stand amongst other genres. 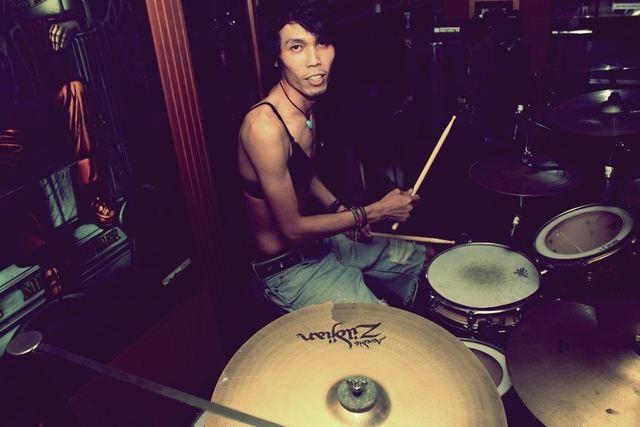 In a drastic change of colour, Green Monster take over the stage in a flurry of psychedelic and stoner rock, clearly epitomized by drummer Matt Raham decked out in nothing but jeans and a bra. Matt later testifies that this is a tribute to Dave Grohl circa Nirvana, and a personal way of thanking him for the cancelled Foo Fighter’s gig. The bra fits nicely.

Lead singer Muhaimin’s vocals crack the sky with a rasp that would give Joe Cocker an aneurysm, as they hulk into their original ‘Electric Lady’. The band is as tight as Matt’s bosoms, and they stay true to their monster motif with crunching riffs and infectious live energy. Muhaimin’s head banging steers the band through their next sound, Black Sabbath’s ‘War Pigs’, and further rips the venue to shreds. 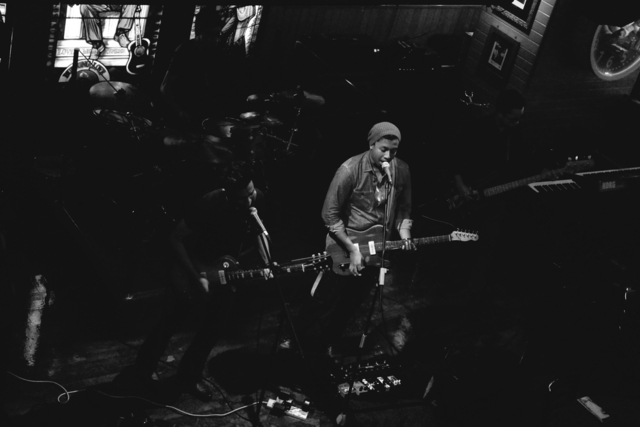 Wrapping up the line-up are the boys from Crackerjack, with a respectable wealth of experience, harking back to 2005 when they first began. Their proclamation is that they “play for everyone, not going for a niche sound”, and they fulfill that mantra with a strong showing. ‘Talking Stone’ is their first offering, an original, punk-soaked with a polarity of angst and understanding as they belt “Ride, this wave with a shell of age / a journey that goes so many ways / your moves control your waves”.

They kick it into overdrive with a cover of Switchfoot’s ‘The Sound’, another tune that serves as a generation’s mouthpiece. Adlan and Amsyar assume double duties, chugging away on their axes while taking on the vocal demands of Jon Foreman. The task is daunting, but they rise to the occasion, earning a raucous response from the crowd. 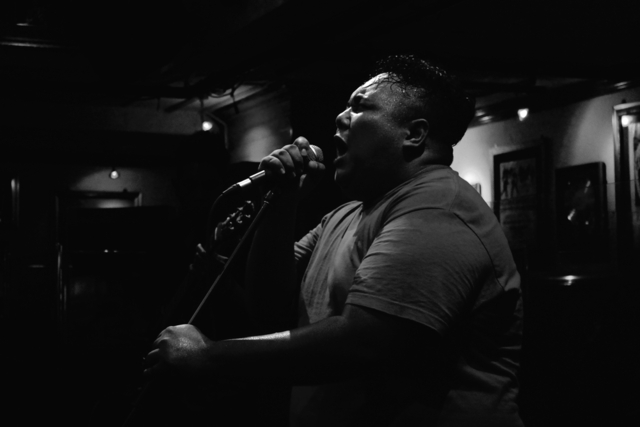 The judges retreat to a corner, draw a curtain and deliberate. What comes out of the huddle is similar to the previous round – a tie, and thus, a sing-off between Green Monster and Crackerjack. The tension is palpable, but the bands play it cool at the brief, oozing confidence and nonchalance. Both members are good friends.

Green Monster is first. After a quick costume change (Matt ditches the bra), they switch it up and show off their dynamics with their original ‘Run and Hide’ – a dirty blues start which gradually evolves into the freight train we’re now accustomed to. Crackerjack join the skirmish with ‘Embrace’, a song dedicated to a deceased friend, drenching the air with sentiment.

The locomotive that is Hard Rock Rising rolls on to next week, 17th March, 3-6pm for Qualifying Round III, with the Final Battle for Singapore happening on 29thMarch, 9pm. Hit up http://www.facebook.com/hardrockcafesingapore for more details. 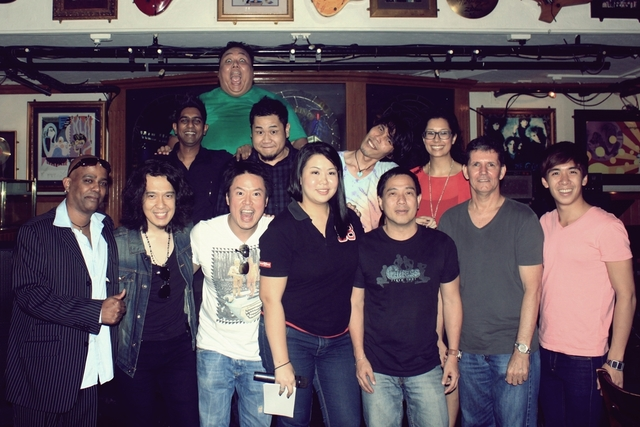 Read our article on the First Round of the competition!