When Big Night Out organisers, LAMC Productions secured Band of Horses, Vampire Weekend and Yeah Yeah Yeahs for a triple bill on the 30 January (just four days after Laneway), it sent most of us into a festival frenzy. Nevermind that none of us recovered from the gruelling all-day Laneway Festival, nevermind that it was still a weekday, nevermind that it meant depleted funds - Big Night Out meant blocking five hours of your Thursday to be in the glorious company of three headlining bands. We have no complaints. Not one. 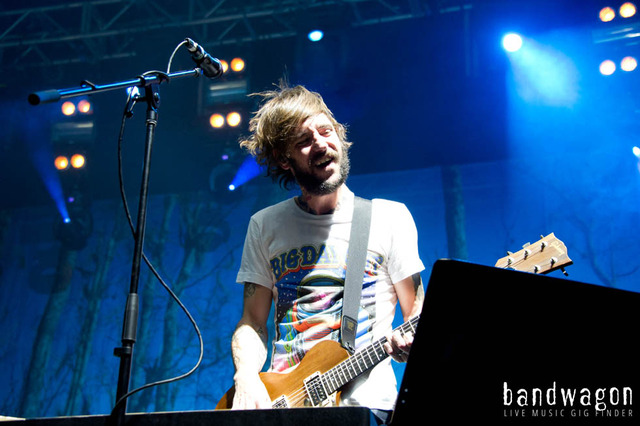 Playing against a backdrop of the barren woods, they could pass off as Fleet Foxes playing rock music. All at once when the beardy quintet launched into jangly lullaby 'For Annabelle', we just had one thing to say: these guys are really good live. Changing instruments, utilising the stage space, cranking up the guitars, these are no boring folk rockers. Essentially, Band of Horses are amazing at songs that deal with a sense of gloomy euphoria - songs such as 'Is There A Ghost' and the crowd favourite, 'No One's Gonna Love You' warranted a lot of swayers and cannoodlers, and with all its lyrical emotional weight (At every occasion I'll be ready for the funeral), they ended their set with 'The Funeral'. Just when you thought they were getting a bit too predictable, they threw in a Neil Young cover, 'Powderfinger' in the mix. 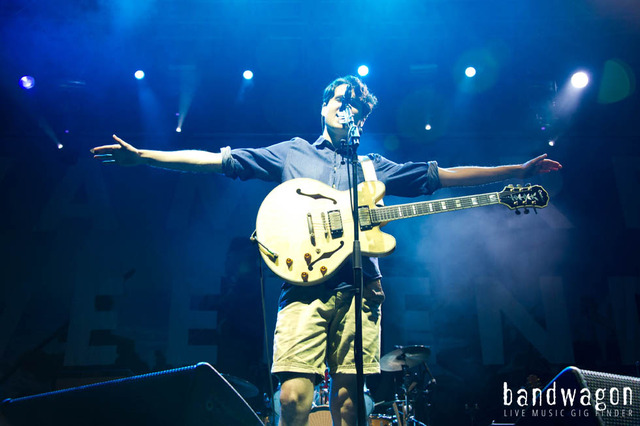 And now for some Upper West Side Soweto sounds, enter Vampire Weekend, complete with a new backdrop of an American Revolution painting (+10 for history reference). Though sans boat shoes and preppy pants this time, Ezra Koenig and co. managed to charm the crowd through the 18-song set. Starting strong with 'Cousins', they thundered through most of both albums and peppered their set with some banter. He didn't have to say much really as the crowd had already worked up a dance party. Somewhere mid-set, the Epiphone Sheraton II was exchanged for an acoustic guitar and we were treated to new song 'Unbelievers'. There were many highlights in this memorable set, including bassist Chris Baio's dance moves, the highly talented Rostam Batmanglij multi-tasking instruments (between keyboards and guitar in 'Diplomat's Son') and closing the set with a supermega rousing singalong of 'a song about saying goodbye' - 'Walcott'. Vampire Weekend: keeping the vibes at an all time high. 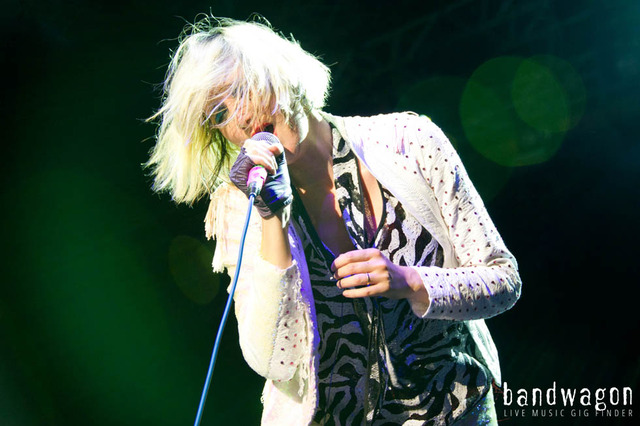 We don't have to tell you how cool Karen O is. She is so cool that it is terrifying. Larking up and down the stage with a cape, some crazy sparkly pants and a zebra-print stage, the now peroxide blonde Karen O spits water, teases the crowd, writhes against speakers, screams here and there and throws confetti into the crowd. Not to detract attention from the other band members, present that night was collaborator David Pajo who contributed on bass work and providing an electronic edge to the set that night (he also tweeted our photographer Kristina that night!). Nick Zinner also pulled away with a superb solo on 'Gold Lion' that the crowd and Karen O appreciated very much. She dove straight into rave party inducing tracks like 'Zero' and 'Heads Will Roll'. Still, with all these exciting things happening onstage, there was only one thing on the crowd's mind - 'Maps'. As the band came back onstage for the encore, to the backing of the very familiar riff, Karen O asked, "Do you want to hear a Yeah Yeah Yeahs love song?". You don't have to ask, lady. With 'Maps' and 'Date With The Night' (so apropos) our own date with the night came to an end, and what a wonderful ending to a week of music madness.

Check out our full gallery of Big Night Out 2013 HERE