Words by Ilyas Sholihyn
Photography by Hoong Wei Long
When I was a wee lad in the 90’s, my father would sometimes bring me along to his colleague’s place, a man I only know as Uncle Joe. Over at his house, I was usually bored as hell because he had no children of his own I could play with, or rather anyone my age I could impress with my collection of dead spiders (I was a pretty weird kid). So while my dad smoked and drank coffee with Uncle Joe, I would wander around his house in search of interesting stuff. It was during one of these reconnaissance missions that I stumbled upon his music collection. As I vaguely remember, there were some Dinosaur Jr, Slint and Pavement records but of course those names meant nothing to me back then. I also saw an album cover that featured a beaker of water and some sort of creature floating in it. It had the words Bitch Magnet and Ben Hur printed on the cover. I didn’t know how to pronounce Bitch so I brought the album over to my dad to ask him what it meant. He whooped my ass so hard when we got back home, as punishment for going through people’s stuff without permission. He never brought me along to Uncle Joe’s house ever again.

The name Bitch Magnet was lost in the recesses of my repressed memories, until KittyWu Records announced their show here at Homeclub. Their promotional material consisted of quotes by various musicians from prominent bands (Mogwai, Battles, Superchunk) declaring their admiration for Bitch Magnet, which I must say was a really effective marketing tool for a relatively unknown band from the 80’s - I was certainly intrigued. And considering I got a beating because of these guys, I owed it to myself to check them out.

The gig only started proper around 9 pm, with renowned local post-rock band Amateur Takes Control as opening act. The last time I saw them perform was in 2008, around the time when they were just releasing their brilliantly melodic CD LP You, Me And The Things Unsaid.The band kinda flew under the radar for a while since then, and had some changes in lineup - now with guitarist Adel Rashid and bassist Isa Ong remaining as core members and three sessionists for live performances. They sounded more feral and aggressive in their instrumentations now while still maintaining their youthful, buoyant approach to post-rock. Their hallmark technicality was still there, with elaborate drumming and guitar patterns. The crowd enjoyed their set; it was a good start to the show. 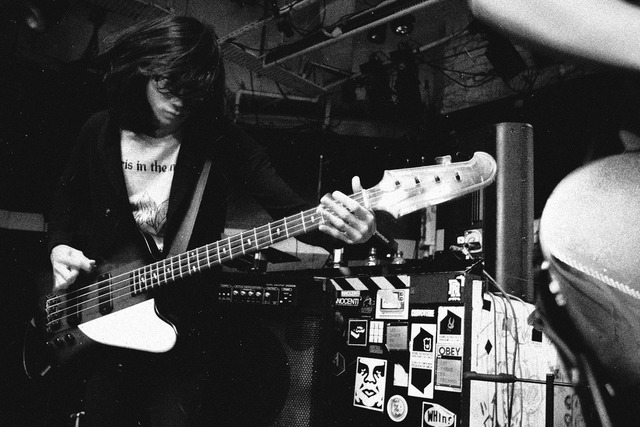 Several minutes after the opening band, Bitch Magnet came up on stage with the original three man line-up, all set to rock like it was 1988. Their set-up was spartan, with minimal guitar and bass effects, a significant contrast from ATC’s stage (a mess of cables, wires and pedals spread out on the floor, but those peripherals were not a worry for Bitch Magnet. The performance that followed can be summed in a very fitting sentence I found in an AV Club album review: “For a group that helped lay the foundation for post-rock, Bitch Magnet sure as f*** rocked”.

As the band thundered through their intense opening tracks Dragoon and Valmead, I noticed the crowd beginning to warm up as they felt the energy coursing through the performance. For a three-man band, their sound was surprisingly fully textured and fleshed out, unlike other three-man bands who at times sound hollow live due to lacking instrumentations. Their brand of music, a blend of post-hardcore and metal with post-rock-like compositions (think Slint if they didn’t hold back on being faster and heavier), had a certain raw tenacity to it, a driving force that simply sucks people into the performance, especially seen when they were playing classics such as Ducks and Drakes, Motor and Joan of Arc. 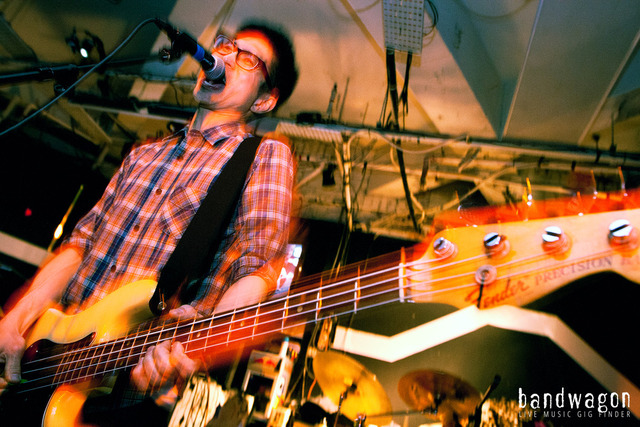 All three musicians contributed to that unrelenting sound. Drummer Orestes Morfin was a total BEAST behind the kit, providing blistering beats and crashes that were never out of place with the rest of the instruments. Guitarist Jon Fine (who bore a resemblance to Dean Pelton from the show Community, as a friend pointed out - sorry Jon!) deftly provided the heavy guitar distortions that was equally noisy and melodious. Vocalist and bassist Sooyoung Park was seamless in his basslines that created a smooth grooving rhythm throughout the songs and his mumbled vocals provided a nice sonic contrast with the hard instrumentations. The crowd really enjoyed the combination of all the elements, especially when Bitch Magnet played some of their quieter tracks such as Americruiser and Douglas Leader, probably because they were more familiar with the soft-loud-soft dynamics of modern post-rock songs.

A notably memorable moment came when Park invited Amateur Takes Control’s Isa Ong onstage to play bass for their final song. I imagine that it must have been surreal for him to be actually on stage playing with a band that has influenced so much of his own music. I didn’t recognize the song they were playing, but I enjoyed it nonetheless - it was nice to know that they wanted to have as much fun as they can during their reunion, while it lasts. The set ended in a merry note as Fine playfully collapsed on stage, strumming vigorously on Isa’s bass guitar. The band then earnestly thanked Kittywu Records for making their tour here happen and of course the people who came by to see them. 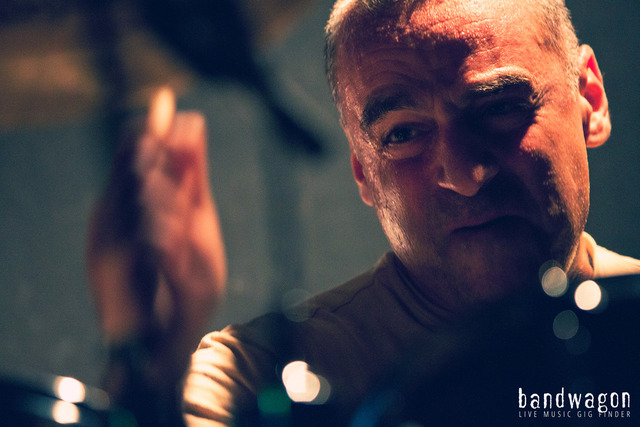 In a period when the American underground music scene was decidedly fragmented, when bands were unsure of what genre they wanted to settle into, Bitch Magnet stood out as a band who knew who they were and what kind of music they played. No wonder so many musicians cite Bitch Magnet as one of their inspirations - they wanted to emulate their unflappable confidence and that crushing energy. We’re just glad that we were a part of their thundering return to glory.