You know how some parties start off seeming like a complete letdown but end up being beyond sensational deeper into the night? Now that’s exactly what Bloc Party was like.

While the turnout wasn’t as massive as previous shows that took place recently (ahem…Mutemath) and the lighting for the band’s set wasn’t as mind-blowing or epileptic as the rumours spoke of, the British indie rock outfit brand of post-punk dance rock – coupled with their fervent hardcore vigor and TWO ENCORES – made up for it. (And mind you this band has actually played shows with support from American hardcore heroes Ceremony!) 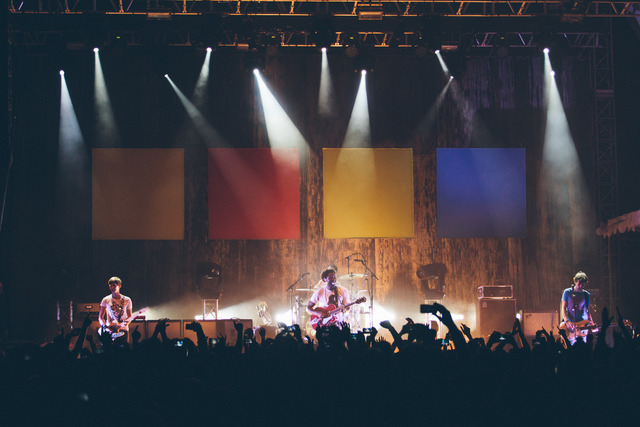 Perhaps the lackadaisical turnout on Monday night was all thanks to super devoted fans traveling across the causeway to catch the foursome at Future Music Festival Asia over the weekend before anyone else. Nevertheless, that charming trademark British accent of frontman Kele Okereke and his flamboyant yet endearing mannerisms never once failed to fill the entire establishment with his steely presence – like how he managed to summon vicarious cheers with his little banters and when he repeatedly mentions, “We have come a very long way to entertain you tonight." 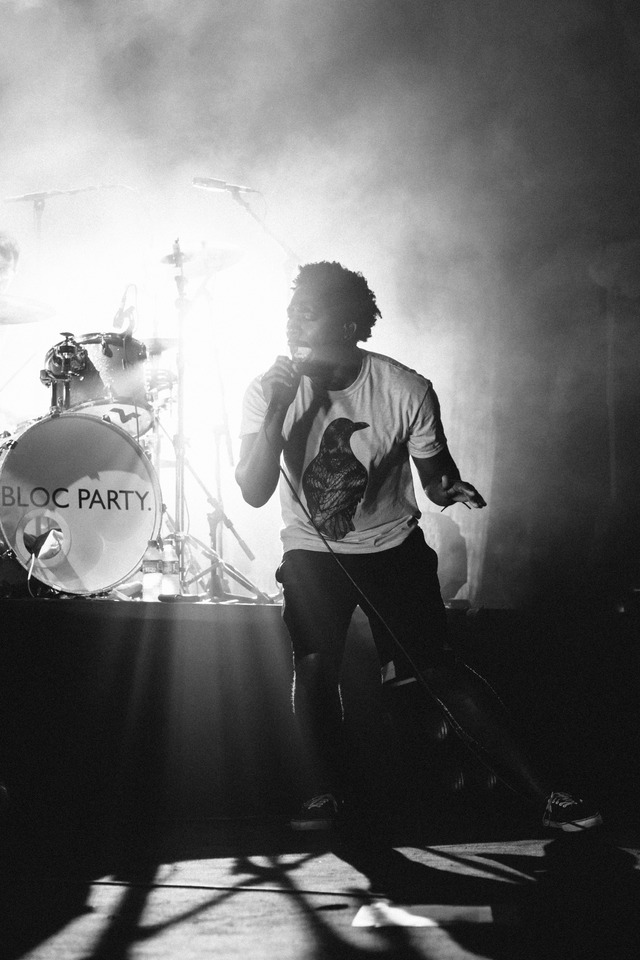 While many female fans were busy swooning over Okereke - I couldn’t help to think of how left out lead guitarist Russell Lissack and the rest of the gang would’ve felt having their spotlights stolen. As expected, the 90 minute long set was heavy with tracks from the band’s latest LP Four – appalling fans that hoped to bask in their older material. However, the set did conjure up crowd pleasers like 'Hunting For Witches', 'Like Eating Glass' and 'Banquet'.

Meanwhile, Lissack could be seen busily fiddling with the dozen of neatly lined effect pedals and modulators while Okereke was just doing his thing. I mean come on – a huge two thumbs up for this amazing musician for being the mastermind behind that seizure inducing and effect-heavy trademark Bloc Party sound! Pulling tunes from their older releases as well, the set closed with an awkward yet quirky transition from the lads’ rendition of Rihanna’s 'We Found Love' into 'Flux'.

Meanwhile, there was a surprise blast of a new track 'Ratchet' – a feet-stomping dance anthem that Okereke assured will be invading our airwaves soon enough. Now that’s something to look forward to! And as everybody had guessed, Bloc Party ended the second encore with (yes, you already know) 'Helicopter' - prompting complete crowd pandemonium and a possible start to an amazing week ahead. 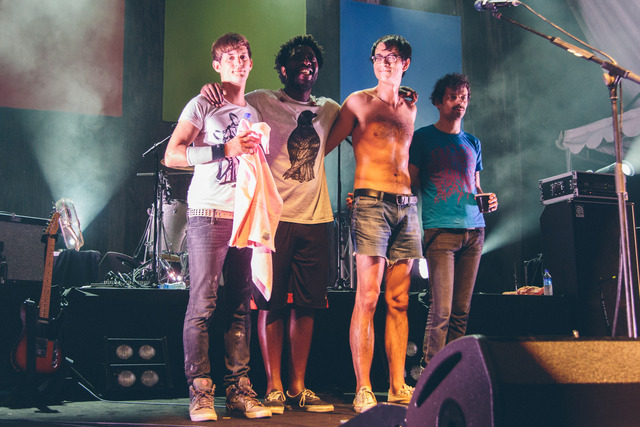