Some boy band-related latest news from the weekend: The Jonas Brothers are in town. Some potential headlines publications can use – ‘Burnin’ Up The City’, ‘Catching the Lovebug with the Jonas Brothers’, ‘Hey ho, JoBro’ – please credit. But the news that got me a-Googling is that Justin Timberlake got married. And that Lance Bass was not present at his wedding. Who and what?

I come from a time when Justin Timberlake was known for being in one of the best boy bands of all time, of all time and not as a swanky movie star. He had bad hair once, went out with Britney Spears circa her hot years and went solo. So by the way, Lance Bass was a member of ‘NSYNC who I presumed remained friends with JT so the non-attendance of Lance Bass kinda crushed my ‘They’re all BFFs!’ notion. 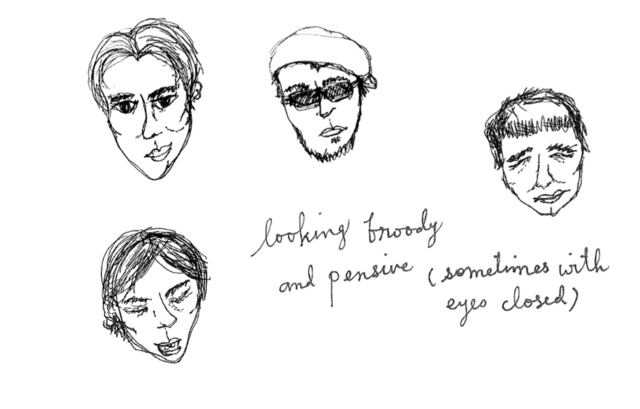 I also come from a time where it was actually totally cool to like boy bands. Magazines (haha, Lime) encouraged this, MTV spurred this movement, and everyone around you (trust me) was probably into them. My mother started me on New Kids On The Block and while I hated how camp they were in the beginning, like mold and other fungi, it grew on me. Closer to my generation though, were 5ive, 98 Degrees, Westlife, Hanson, The Moffats, Ultra, etc but mostly it was these two: Backstreet Boys and ‘NSYNC.

The biggest debate at the time was Backstreet Boys or ‘NSYNC? On-trend hairstyles you get at barbers revolved around the band members. Everyone would know the lyrics to their songs, including the parts where they sing harmonies. And the ‘Hey girrrl’ talking parts. 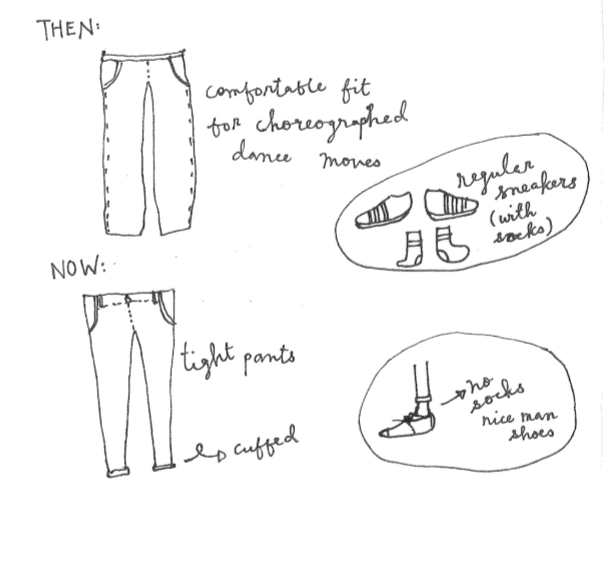 And then suddenly they all died. No, not really but suddenly everyone flocked to pop punk and loud music and moved on from exaggerated sentimentality. It is only quite recently that this new crop of boy banders started gaining attention again. Back are the crazed fan girls, back are the magazine posters and the sorts, vocal harmonies are back, and back are questions such as ‘Who is your favourite member of (band name)?” My mother asked me that of One Direction quite recently, that lady is seriously on-trend.

Still, I am quite fond of the golden age of boy bands. Did they have better voices? Not really. Did they dress better? Hell no. Were they better looking? Nope. So why do boy bands of the 90s fare better than the ones on the scene now? Let’s do a comparison. 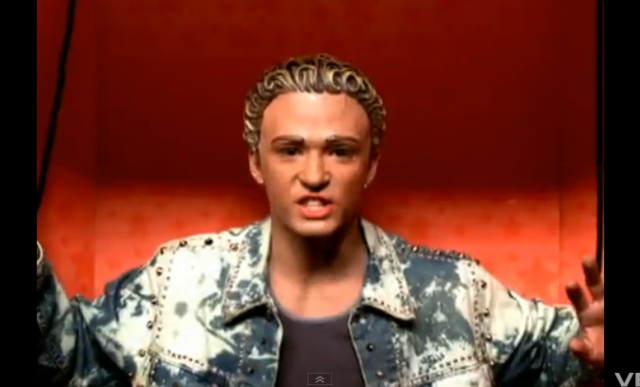 The ‘Now’ boy band wins this one. No doubt, hairstyles are much better now. We don’t see the curtain centre-part anymore, no more frosted tips, we’re done with awkward fringes on boys, less gel and product. Take a look at Justin Timberlake. Now take a look at Zayn Malik and anyone from One Direction. Which one settles nicely on the eyes? Which one would you send home to rinse his hair? 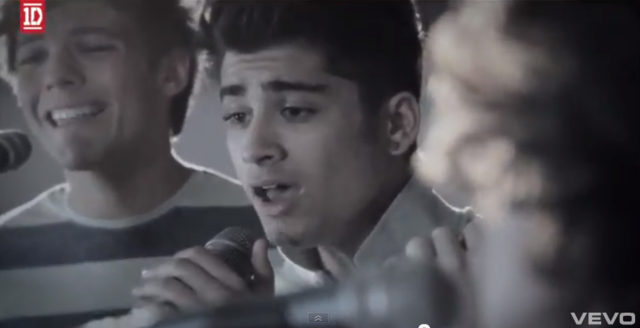 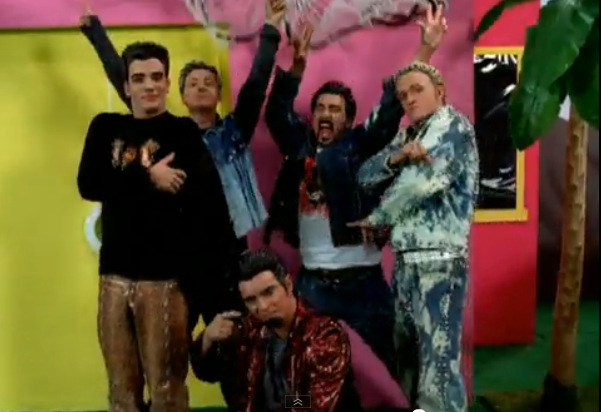 In the BSB video for Quit Playing Games (With My Heart), the boys were wearing unbuttoned billowy shirts. In all the 'NSYNC videos, everyone dresses badly (too much denim). The boys from 5ive always dress like thugs, and 98 Degrees just dress too old for a boy band.

And then look at the boys from One Direction. Definitely less sexually explicit than BSB in their suits, nice fitting slacks and shirts, nice shoes. The Wanted don't even look like a boy band. Okay maybe a little, like a boy band post NS. The Jonas Brothers? Already in skinny jeans and blazers. Even by the time Blue came about, they had already started dressing better. I guess the 'Now' band wins again. 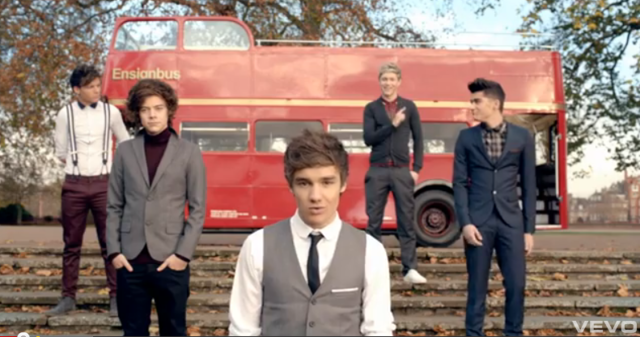 When you watch a video of One Direction or The Wanted, they always seem to be on a beach, at a party, just jumping around, fooling around with props, waving the hands quite aggressively, laughing and joking with girls, and never succumbing to choreographed moves. Lame! 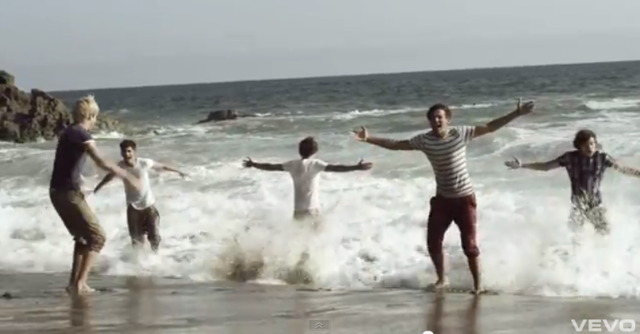 The 90s band take the cake this time for their hard work. Ugly outfits or not, every time they break into synchronised dancing, it pleases my heart. Videos of the 90s also often had some 'plot' to it - eg. 'NSYNC with 'Bye Bye Bye' and 'It's Gonna Be Me' and 98 Degrees with 'I Do (Cherish You)' and 'The Hardest Thing'. #deep 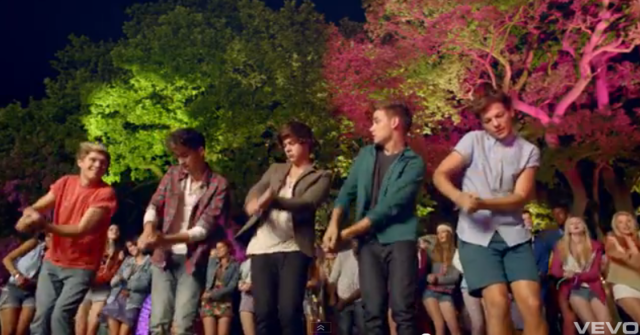 Unlike boy bands from the golden age, boy bands now always seem so relaxed and happy. Besides their videos perpetually being set in a party environment, they're always having fun, looking in the camera to say 'Hey there, come join our party.' In One Direction videos, they seem to be mocking old boy bands, or perhaps a homage to their ancestors with a segment where they put on exaggerated self-aware dance moves.

On the other hand, boy bands then seem to take their jobs more seriously. There is a lot of broody, pensive looks, too much serious, unsmiling eye contact, closing of eyes when pulling high notes, committing to tacky wardrobe choices - it's so... sincere.

90s boy bands win this one.

Both One Direction and The Wanted were formed through the process of mass auditions and rounds and rounds of stages. Say what you want about manufactured acts but these guys can hold a note. You can be assured that they probably sound great live.

The 90s cohort may not dress so well, or sing as well for that matter but they make up for this in the songs they sing. Take for example the lack of ballads by boy bands nowadays. Total disregard for sentimentality. The Backstreet Boys wore their heart on their sleeves when they danced in the rain, when Nick Carter sang in mid-grimace 'baby, baby/my love for you is so strong', you believe him, 'NSYNC drove themselves crazy (thinking of you), and 98 Degrees churned out the most relatable song of all time, 'Invisible Man'.

So in terms of owning the label 'boy band', the 90s bands win all the awards.

Back to the topic of Justin Timberlake, he is one individual from the golden era that made the transition from the 90s to now most successfully. He chopped his locks, had a short but successful solo career, made friends with Andy Samberg (who was at his wedding, and not Lance Bass) of SNL and with The Lonely Island, had a Emmy-winning song, D*ck In A Box. Oh, and he can act quite well too. Well done ex-boy-bander, I'm really happy for you.

Maybe it is the old timer's nostalgia or the ridiculous catchy music - there is in fact a scientific explanation for this - here's the thing: Boy band music is awesome. When you're in a car on a road trip and want everyone to sing along but can't decide between the latest Tame Impala or Taylor fricking Swift, put Millennium on. Everyone knows the lyrics to 'I Want It That Way'. When you're at a house party with friends, ask to play 'MmmBop'. No one gets sad singing 'MmmBop'. Just like karaoke and swearing at your best friend the first time, friendships take to a new level, people unite. Vote Boy Bands for 2012. Peace and solidarity. 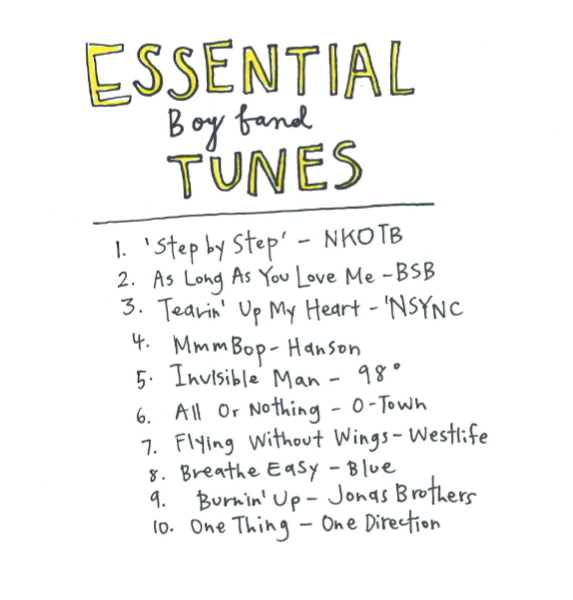