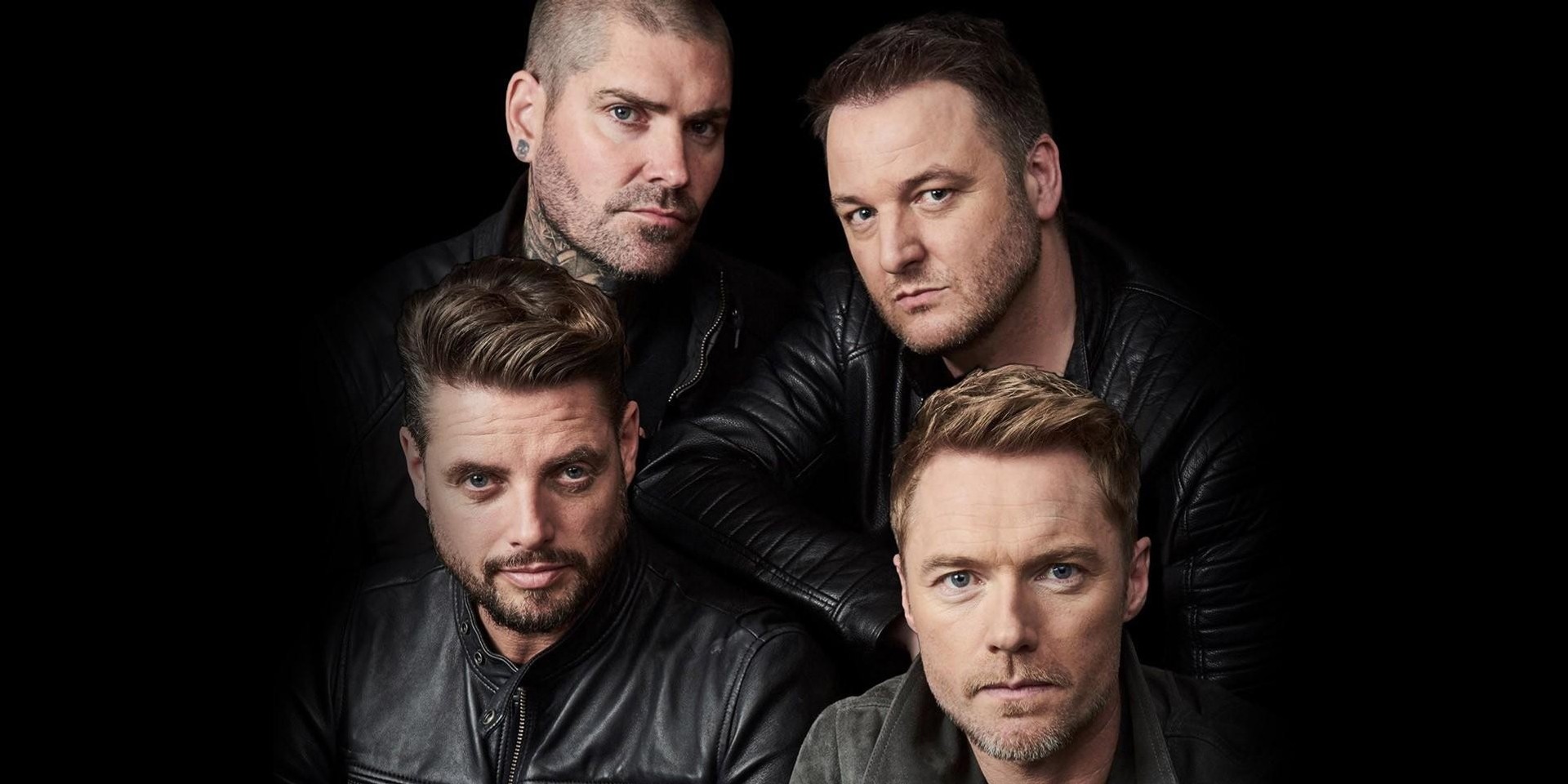 Irish boy band Boyzone are set to release their final album later this year before calling it quits, and they're touring around the world one last time in support of the album, which coincides with their 25th anniversary. Over the course of their quarter-century-long careers, they have released four studio albums, seven compilation albums and a legion of hits such as 'No Matter What', 'Picture Of You' and more.

Bandwagon caught up with Boyzone's Mickey Graham (pictured, top right) ahead of the group's upcoming final show in Singapore. We spoke to the Irishman about their upcoming final album, what up-and-coming musicians should keep an eye out for and more. Check out the complete interview below.

You’re set to release your final album this November. It’s been said that the album will stray away from the usual style of ballads you’re known for. Why the decision to move in this direction? What else can you tell us about the album?

We've been around for 25 years. That's a long time. 25 years ago, there were a lot of ballads. Everyone was doing it. Look around you now, there aren't many ballads and ballad artists left. Maybe you've got Adele and Sam Smith, a handful of others, but it's a dying genre. The key to longevity in the music industry is reinvention.

If you keep doing the same old thing, people will sooner or later become bored of you, so you have to constantly keep updating what you do in order to sound relevant in today's music market. We brought in some wonderful young producers from Sweden, who are based in England, they go under the name Goldfingers. Also, we have collaborations with Gary Barlow of Take That and our first song on the album was written by Ed Sheeran.

So yeah, it's very important for us to make sure that this 25th anniversary album sounds relevant and is up to date, and isn't boring in any way. Also, the decision to move away from our old sound was an idea of Shane's. He was thinking wouldn't it be good if out of the 12 songs on the album, we took three each to showcase our individual musical influences, each featuring different production styles and feels, something that felt like the individual members but also still sounded like Boyzone.

Ed Sheeran and Sam Smith are some names who have contributed to the album. To what extent were they involved in the album?

Sam was in talks with us in the very, very early stages of the album production cycle. A lot of people submitted songs and Sam had a couple of great ideas but nothing materialized. It was mostly Ed's and Gary's songs that materialized to become part of the album.

What did it feel like for you guys to have all these international superstars wanting to be a part of this album?

We feel very, very privileged. We've had personal relationships with these guys for awhile, obviously Gary's been a longtime friend and Ed actually sang at Ronan's wedding. He sang for Ronan's first dance, I believe it was 'Thinking Out Loud'. So we sort of already have that connection there, but yes, to have people like Ed and Sam wanting to contribute to the album blows our minds. We feel very humbled that they want to be a part of this journey with us.

Given your experience and longevity in music, what advice do you have to up-and-coming musicians?

There are a few things. The first thing is that, you have to understand that you're getting involved in music business. When we first got into it, we were just crazy about the music and we didn't know much about the business end of things. After awhile, we had to stop ourselves and realise that it wasn't just about the music. I wish it were, but that's not the truth of the matter. This is the business of music. The business side of things plays a huge role. All the more so now, with digital marketing and streaming and all that jazz.

You need a good manager, you need someone who is young and hungry to make the band a success, someone with a lot of contacts in the industry and who works very, very hard to take care of the band. It's also very important that when you have the first taste of success, that you don't believe all of the hype. Don't let it get to you. Don't believe what you see in the press, the newspapers, online, whether they're good or bad. They're only part of the journey.

As a matter of fact, the last time I was in Singapore, I picked up this wonderful little rock in the airport, from a souvenir shop. And it says "Success is the journey, not the destination." It's a very important lesson for young people to understand that just because you make it big in the music industry, doesn't mean that you've made it in life, you know what I mean? If you still want to be around 25 years later, there are going to be a lot changes that you have to make, it's like a game of chess, you have to make the right move at the right time. Never become arrogant. There's a fine line between arrogance and confidence. People like confidence but they hate arrogance.

When all is said and done, what is the legacy you hope to leave for Boyzone?

I just hope that our music, our contributions to the world of music and most importantly to our fans continue to live on one way or another. I hope the shows and music that we put out touched the hearts of people and played a special part in their lives, as it did for us. I hope we leave them with happy memories and that they can relate good times to Boyzone. That's really it. We've put a lot of love into our music and performances and we hope that love was felt.

You’ll be performing in Singapore for the last time this August. What do you have in store for your final show here?

First of all, there's the fact that we're celebrating our 25th anniversary, which in itself is a rather big deal. A lot of musicians and bands don't survive that long in this industry anymore. Apart from that, like you mentioned, it's also the last show we'll be performing as Boyzone in Singapore. 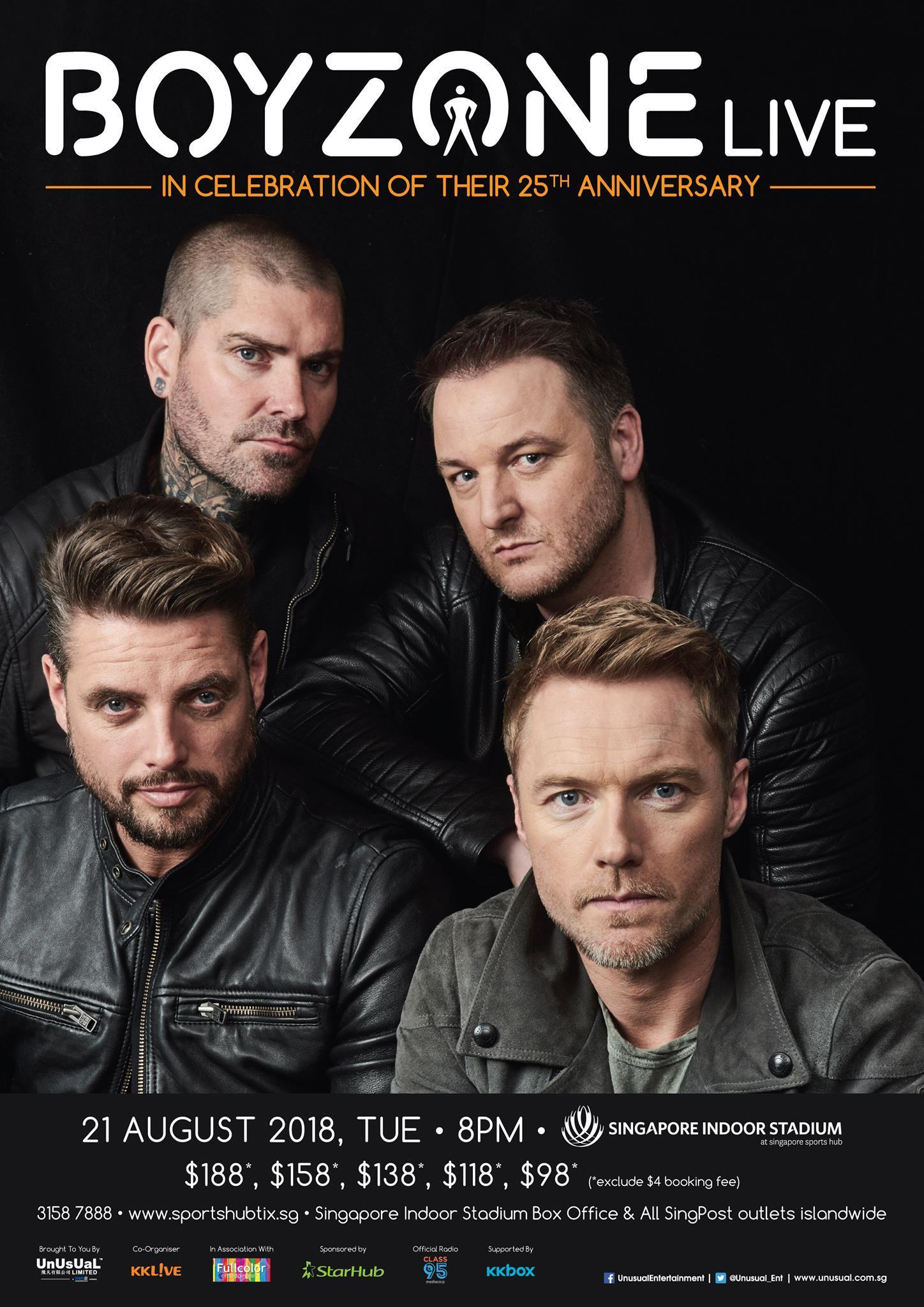