Last year, Dua Lipa dropped by Singapore for a showcase. Come May, the Albanian-English pop star will play a full concert at the Esplanade Theatre, presented by Live Nation.

It's a bit of an understatement to say a lot has changed for Dua Lipa since she paid us a visit: 'New Rules' became a global megahit, and she put out the new single 'IDGAF', which has racked up 91 million YouTube views in the month it's been out.

You'll want to grab your tickets quick – her show in Malaysia sold out in two hours flat.

Dua Lipa will perform at the Esplanade Theatre on 4 May at 8pm. Tickets starting from $88 will go on sale to the general public on 26 February, 10am. Live Nation members enjoy an exclusive pre-sale from 22 to 23 February. 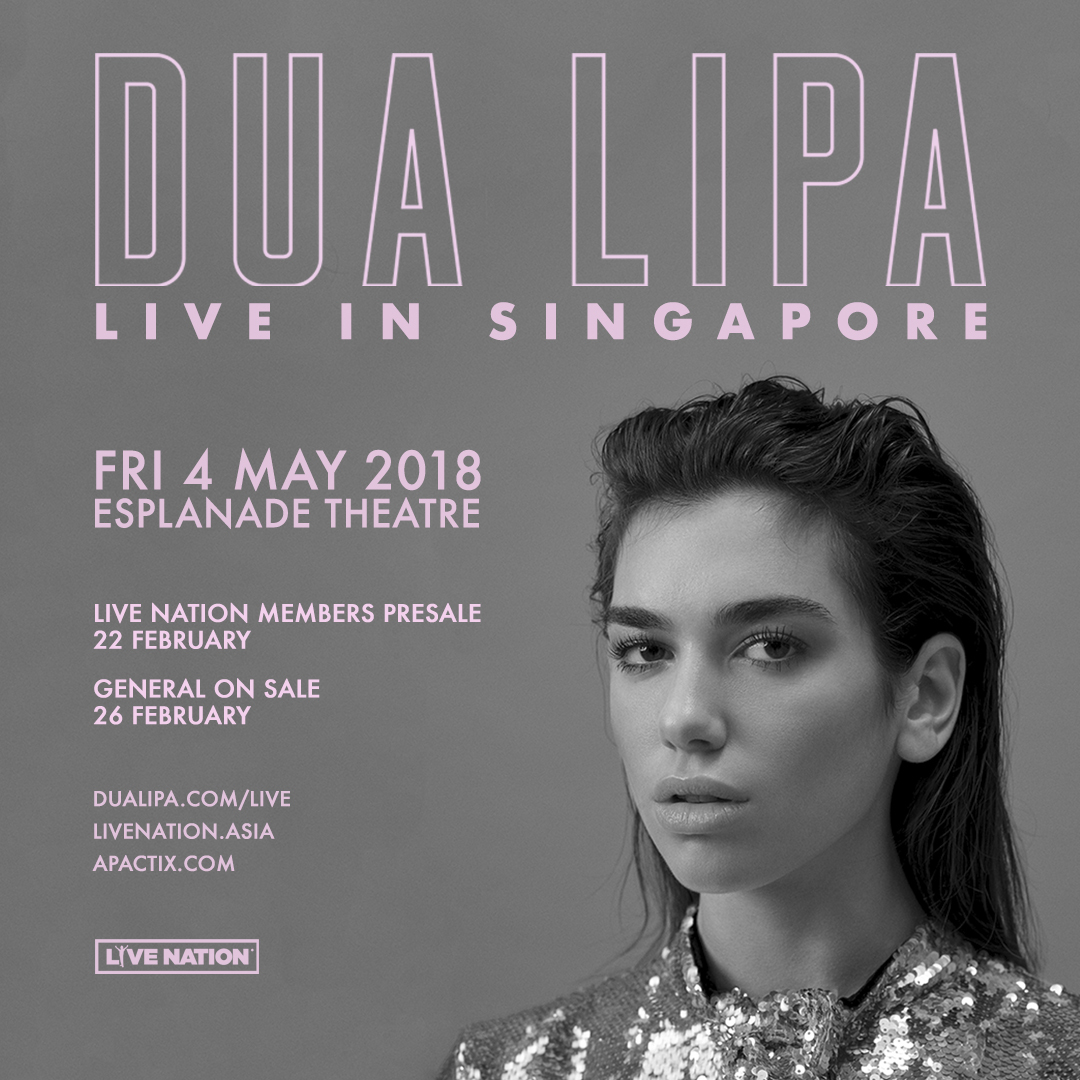