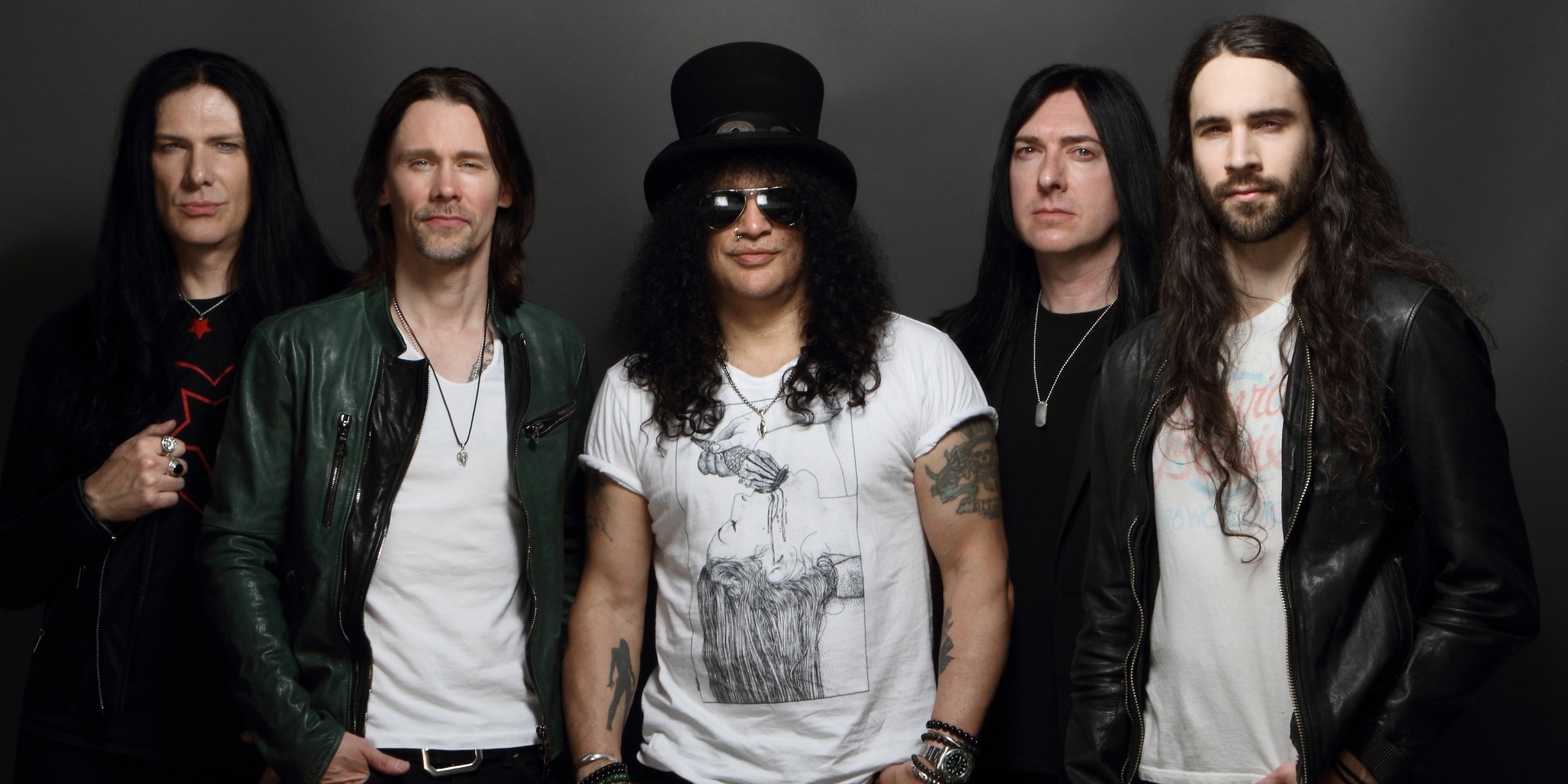 The Grammy-winning, guitar god, born Saul Hudson, but known across generations and immortalised in the annals of rock music, as Slash, will bless Singapore in the flesh in January 2019. He will play an exclusive, one-night-only show here with his legendary band Myles Kennedy and The Conspirators. This also marks Bandwagon's first international concert of the year, commemorating our eighth anniversary. A Bandwagon exclusive, this show is one of only two stops in Southeast Asia.

Since his reputation-cementing tenure as the lead guitarist of Guns N' Roses and his stint at the forefront of Velvet Revolver's six-string barrage, Slash has blazed his own trail as a solo artist with a vast catalog of chart-blasting solo albums. Whether as the leader of Slash's Snakepit, or, more recently, Slash featuring Myles Kennedy & The Conspirators, he's remained faithful to the awe-inspiring rock tradition he authored while charting new ground in the canon.

With his third album with Myles Kennedy & The Conspirators, 2018's Living The Dream, Slash turned in his most compact, musically diverse and socio-politically conscious record yet. Christened after that album, the tour will feature Slash bringing its songs to life – besides all the others that you love.

This will, undoubtedly, be a historic night. 🎸

Catch Slash and Myles Kennedy and The Conspirators live on the Singapore leg of the Living The Dream tour on Tuesday, January 8 2019, at The Coliseum, Hard Rock Hotel Singapore. Tickets from S$148 will be on sale on 10 November 2018, 11am via the SISTIC website, all SISTIC outlets, or by calling SISTIC booking hotline +65 6348 5555. Get your tickets here.

Other Asia tour dates include shows in Thailand, Korea, Japan, and China. 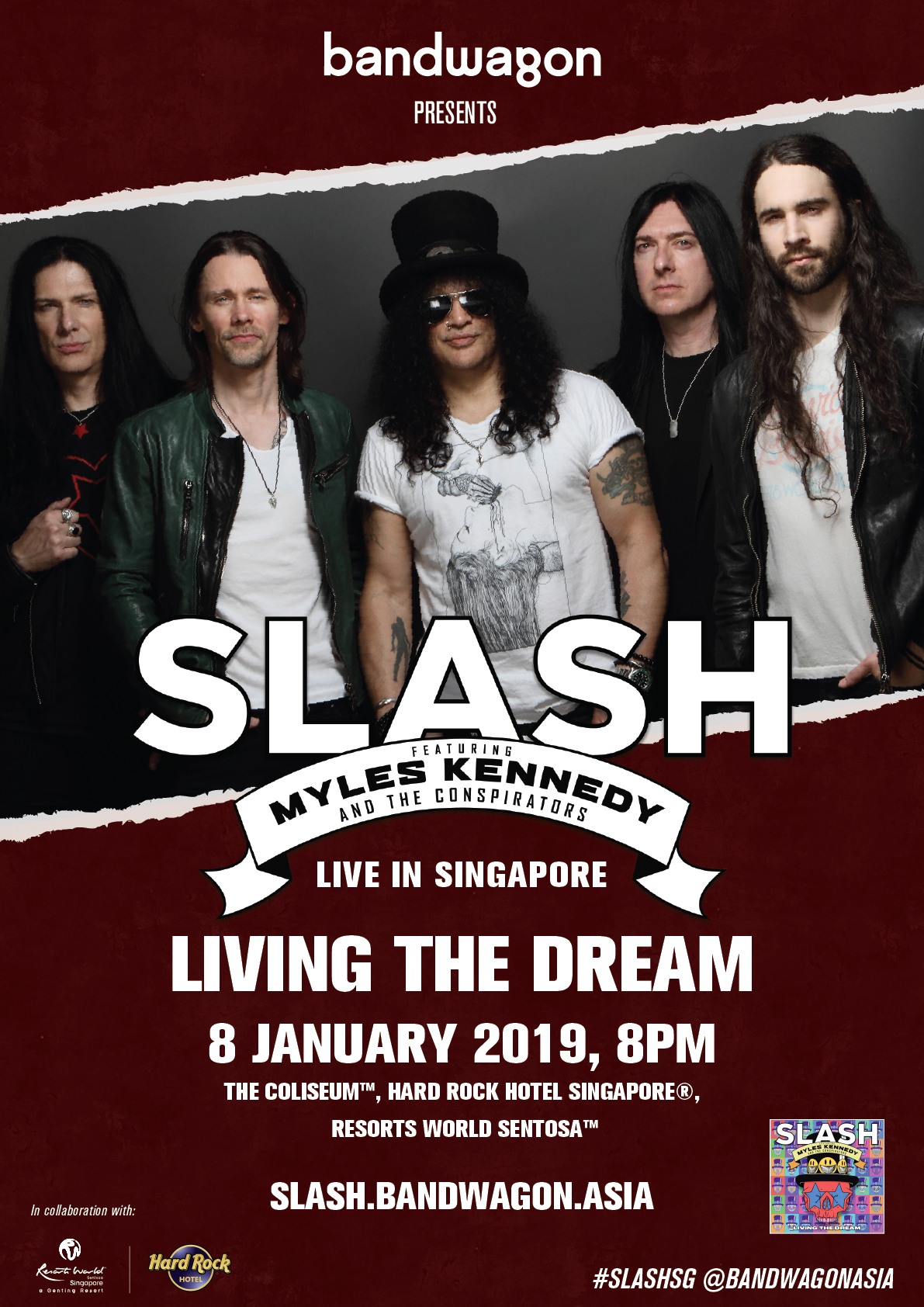