If ever you find yourself pub-crawling in the vicinity of the Clarke Quay area, come by The Pump Room. Not like it’s hard to miss! Occupying a prime spot in the area, The Pump Room is one of the most established institutions in the nightlife central that is Clarke Quay. In the early evenings, this place is an elegant drink parlour (winner of 'Best Beer' at the Beer Awards Singapore) or an eatery with the best pub grub around (they have: Aussie-inspired cuisine and beer-infused menu). But it is later on at night when the festivities kick in. 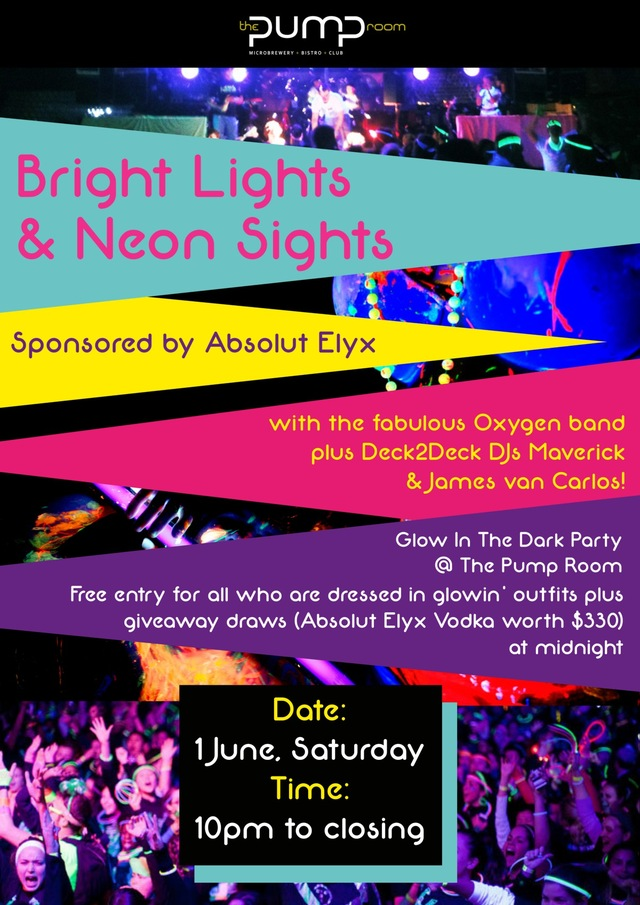 The Pump Room is also reputable for upholding a strong entertainment culture. On June 1, clear your diaries for Bright Lights & Neon Sights: A Glow In The Dark Party! Specially fitted black lights will be put to good use on June 1, Saturday, when The Pump Room goes all out with a glow-in-the-dark party, kindly sponsored by Absolut Elyx. Even when you arrive at the door, get your fix of glow-in-the-dark party tools like body paint, hats and wristbands but if you turn up in "glowing" attire, you get your first drink waived! 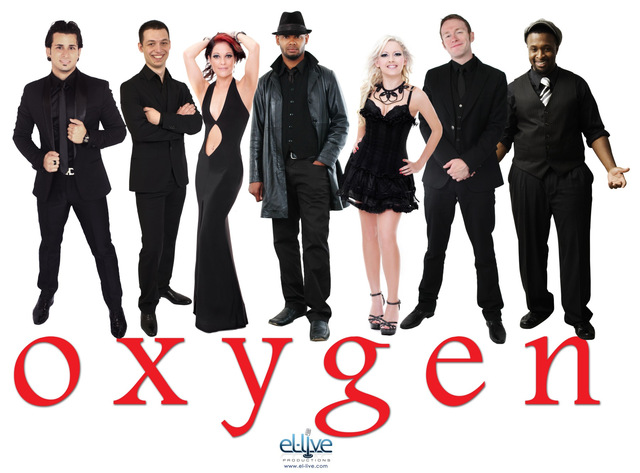 To help out with getting the party started is the explosive resident band, Oxygen. Hailing from different parts of the world, it's hard to believe they have been a unit for only four months. Each member of this seven-piece band is bring to the table their own set of talents, be it keyboards, guitars or vocals, they sure can hold a crowd and a dancing one at that. Plus, we're pretty sure every member of the band can hold a note. Having previously played in various cities such as Dubai and Beijing under El-Live Productions, they draw inspiration for their nightly setlist from their own personal musical preferences, crowd favourites and the chart toppers, but don't expect these guys to bring it down a notch! Some words straight from the band: "There will never be a mellow night."

This talented music crew will be playing their signature line-up of chart-toppers and classic hits, even dropping in the occasional rap in their repertoire. Besides providing the musical entertainment, the band are very capable of hosting a party and keeping the energy levels high until whenever - the party's gonna go on till late! There is nothing that this feisty band cannot take on. And on this special night, the band (who will be in full-dress) will also be branching out to do some electronica so fill up the dance floor, party people.

Some prizes you can look forward to claiming at Bright Lights & Neon Sights - A Glow In The Dark Party: 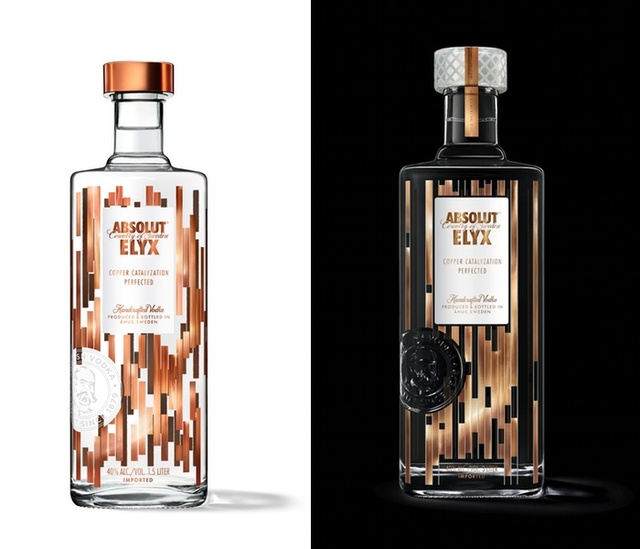 - bottles of Absolut Elyx to be given away throughout the night, worth $330
- major prizes for Best Costume

We'll see you at The Pump Room on 1 June!