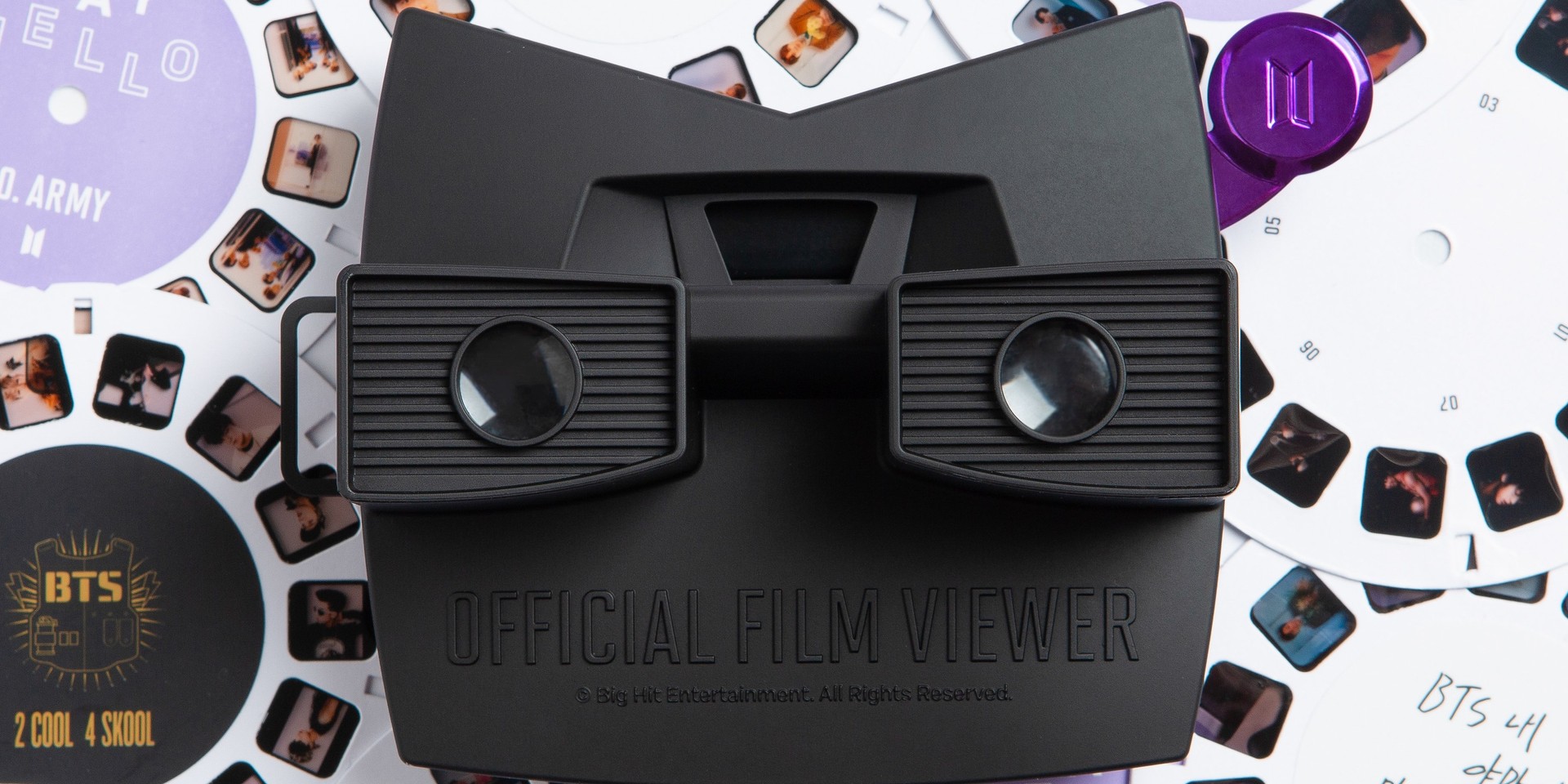 BTS are adding a nostalgic item to their ever-growing merch line this month!

Reminiscent of the iconic View-Master, the Grammy-nominated group announced the upcoming release of their Official Film Viewer, which comes in black and BTS' signature purple.

For the initial release, three reel sets have been revealed: 2 COOL 4 SKOOL, O!RUL8,2?, and SAY HELLO.

Exclusive to ARMY Membership holders, BTS' Official Film Viewer will be available for pre-order via the Weverse Shop on 26 February, 11 AM KST. 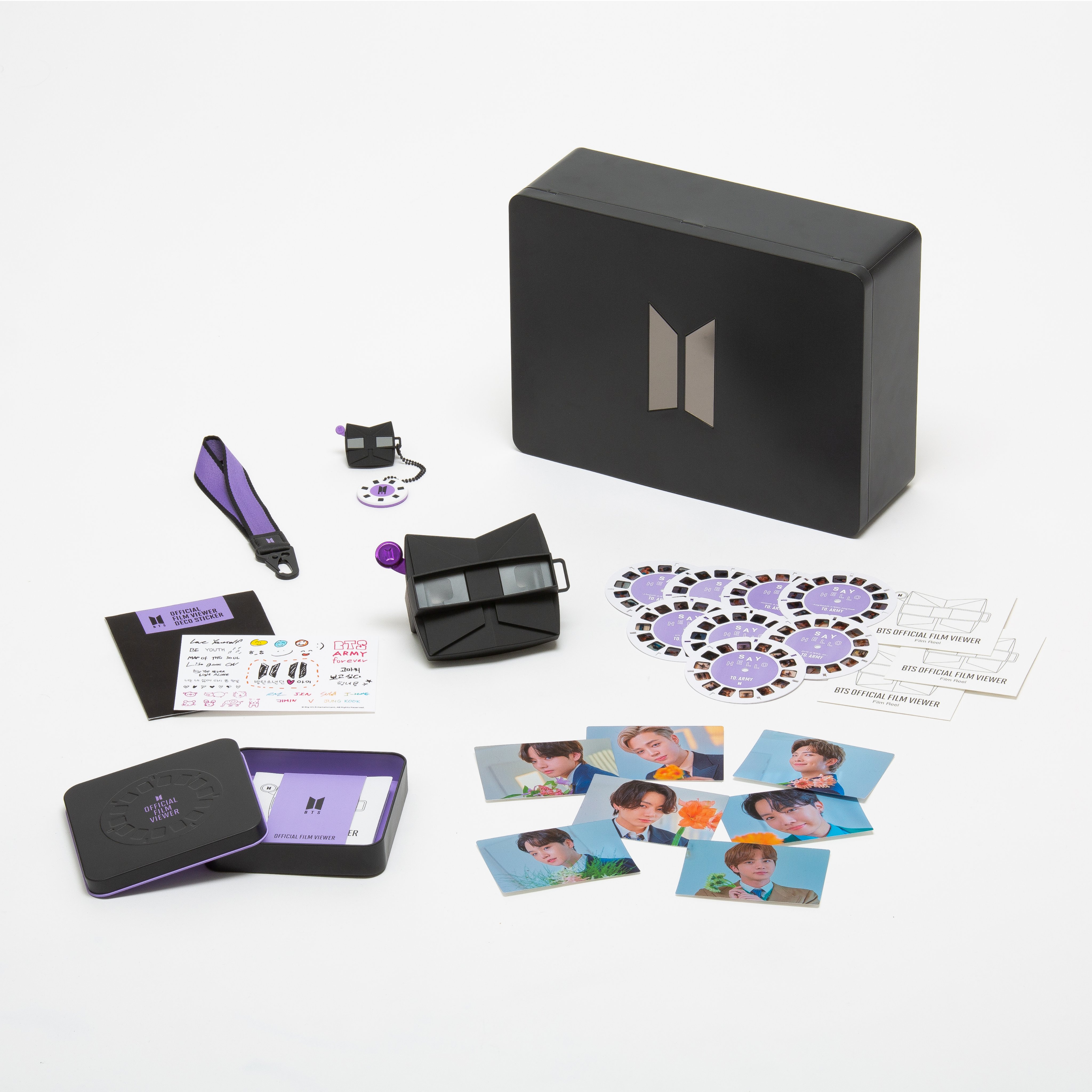