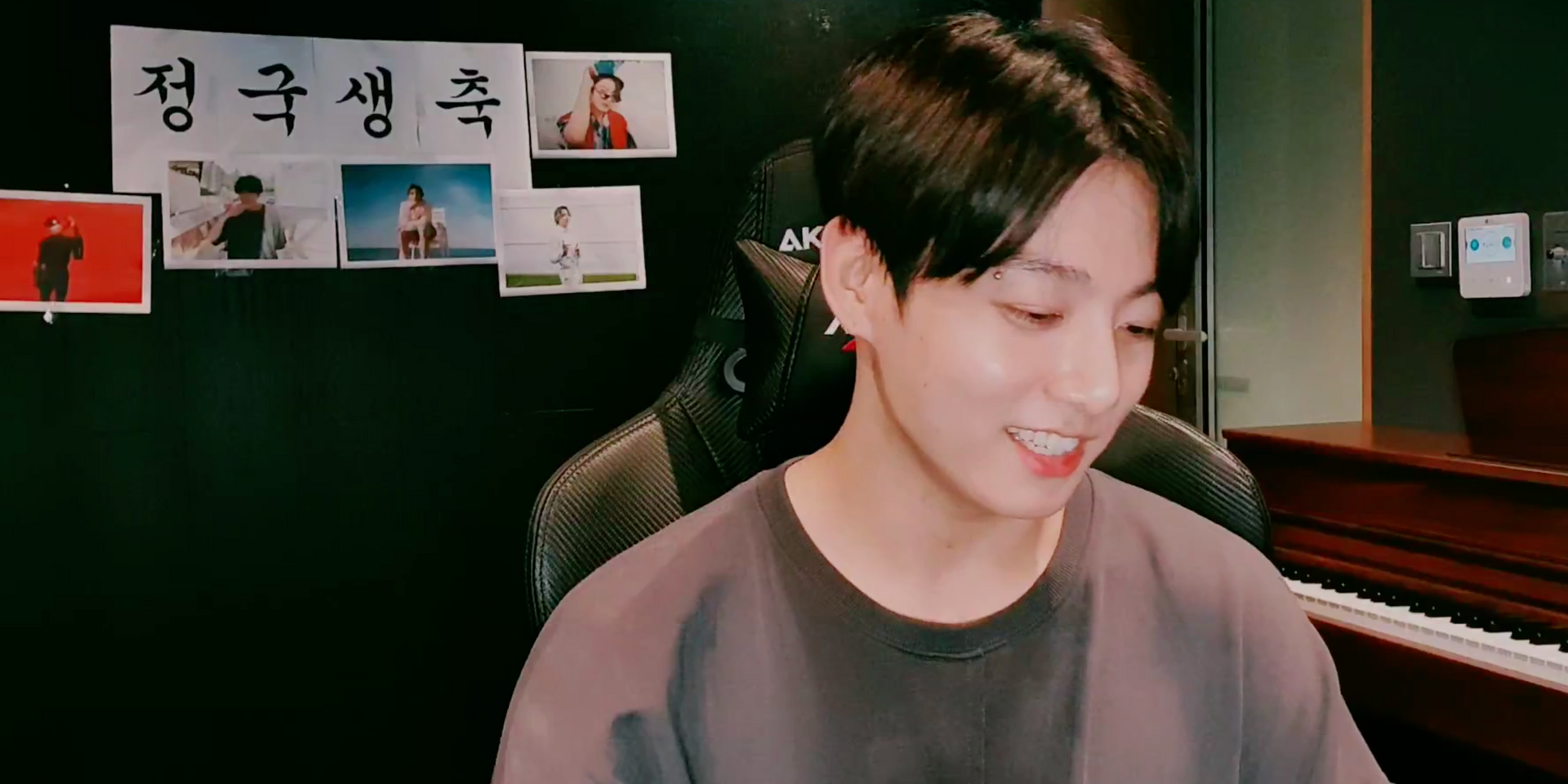 It's his birthday, but Jungkook is the one giving ARMY a present!

On the day before he turned 24, BTS' Golden Maknae made a rare appearance on fan community platform Weverse to ask fans to send their messages for him and mentioned that he's read their comments and that they were "healing".

🐰 everybody, it’s not my birthday yet… kekekekekelol everybody, you need to understand my intensions well..!hehe please just write a few “lyric” like sentences how you have wanted to say to me normally, without any relation to my birthday pic.twitter.com/2Sw2QowOf7

🐰 i read the comments and theyre healing…♡ pic.twitter.com/kgZib1ouPa

His birthday countdown kicked off around 10 PM KST, where the global pop icon went on VLive to work on the song together with over 8 million fans as of press time. "You wrote things for me, but I'm making this for you," Jungkook said according to translations by BTS fan translator, tteokminnie.

Jungkook said why he asked the words like song lyrics is that he wants to make a song with the replies from the ARMYs. @BTS_twt

🐰 You wrote things for me, but because I'm making this for you I'll turn all the "JK"s into "ARMY"

Some of his chosen lyrics which fans wrote on his Weverse post includes the verse "In the darkness, late at night I lay awake thinking there's no hope in sight, but suddenly in the distance, you're shining like a purple light you turn around and I smile so bright."

Throughout the VLive, Jungkook revealed other tracks he's worked on playing snippets of the tracks, and performed song requests like 'Paradise,' Dimple,' 'Let Go,' and 'Mic Drop'.

Across the globe, millions of fans have launched numerous birthday projects from giant billboard LEDs to donation drives in his name.