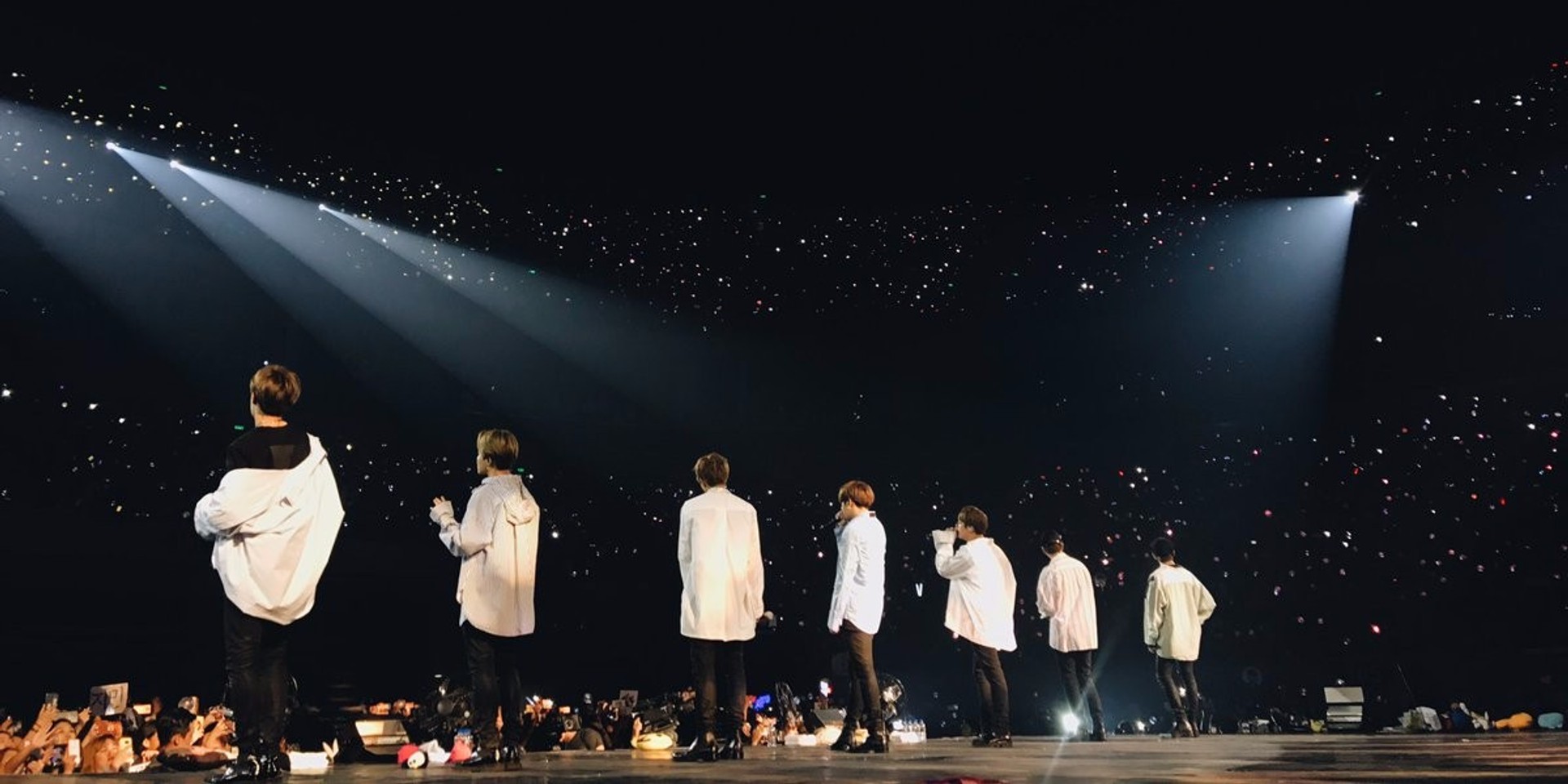 There’s always a certain magical touch a good song gives precisely to any person that listens to it. Sometimes, we stray from our daily business to discover a lyrical gem underneath our pile of a discography. In this case, Korean boy group BTS has been hitting every chart enough for their music to find a spot in anyone’s playlist. Along with their successful release of You Never Walk Alone, which pays tribute to the Sewol Ferry Disaster in 2014, they’ve continued to prove that there’s no barrier when it comes to spreading their message through music. 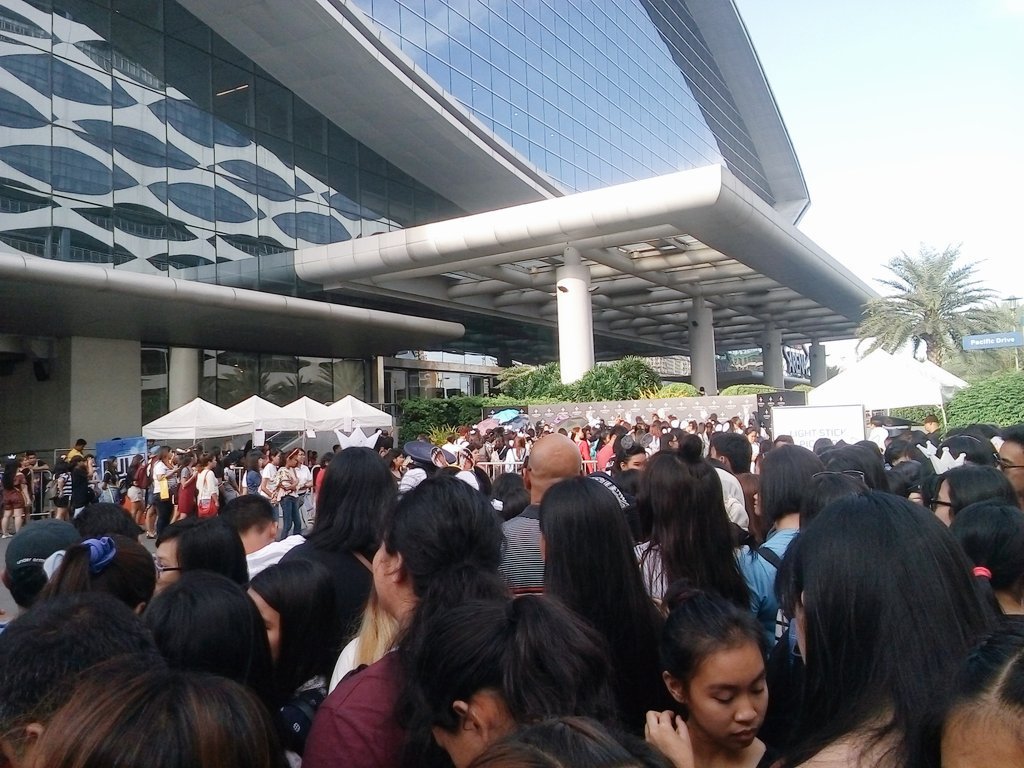 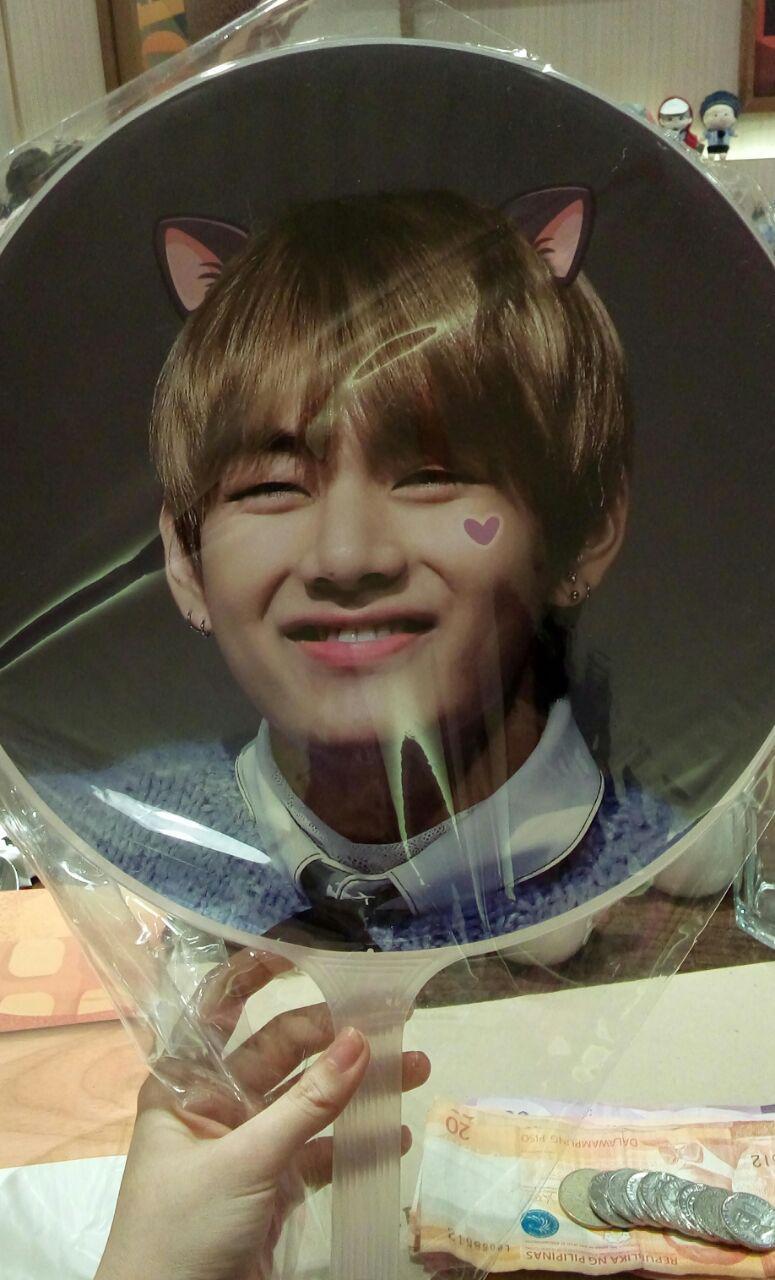 During 6th and 7th of May 2017, they performed in a full house at MOA Arena. Fans, namely A.R.M.Y.s, were disseminated around the venue before the show for each day. They prepared fan projects, merchandise, and various giveaways to bring together even fans that travelled from outside Metro Manila or the Philippines solely to catch the show. Let alone how young or old fans can be, classes or even our day jobs can’t hold back an avid fan from watching their favorite artist live. All you need is a concert ticket, a bus or plane to Manila, and your box of emotions set to be released into the wild.

While I enjoyed watching the show last Saturday, I caught up with a couple of A.R.M.Y.s who shared their experience planning for WINGS Tour in Manila. Once again, we prove that the power of fan culture continues to prevail through the brightest or darkest hours.

Since this was my first time to watch BTS live, I gathered a couple of photos of each member and printed them into cards to distribute to fans that will be interviewed. It’s one of the significant traits of K-Pop fan groups: giving away fan-made merchandise to meet new friends.

I discovered BTS through my friend who was a fan ever since they debuted as a group. So, one time, I asked her about this picture she posted and I remember that it was my birthday at that time. I asked her “what’s his name?” and she said “Tae Hyung”. Since then, she introduced me to BTS and my focus had mostly been on Tae Hyung.

Actually, we arrived at 5:00 AM yesterday and I slept over at my cousin’s house. We slept for a night and got here in Manila earlier at 9:00 AM. It’s already summer, so there really wasn’t much to deal with in school. We bought our tickets at the nearest SM Tickets outlet by our area. We didn’t find any problems with buying the concert tickets. It was a fast and smooth transaction.

Words can’t describe how much I love them. For us, A.R.M.Y.s, they serve as a piece of inspiration. As my mom asked me before if my hobby was a distraction in school. She also asked me “How do you manage to balance high school and your hobby?” because she was surprised on how I could keep up with my grades and fangirl at the same time. Yoon Gi also inspired me to continue playing the piano.

RR: From my cousin. But I was already into KPop at first. BTS suddenly started appearing on our Spotify playlists, that’s how my cousin discovered them and eventually introduced them to me. They were already in my playlists before but I wasn’t so into them yet. Later on, I started seeing them on TvN since we have it on our cable TV. I researched more about them, and now I just love them.

RR: In terms of financial, medyo madali siya. Yung sa getting of the ticket, it’s a good thing I had a connection someone inside with the ticket so madali siyang nakuha and sa distance naman, ok lang kasi sanay naman kami magcommute.

In terms of our expenses, it was easy to manage. When it was time to purchase our concert tickets, it was a good thing I knew someone from inside the ticketing system so we didn’t have a difficult time. Regarding the distance, it was okay for us to travel this far since we’re used to commuting via public transportation.

Nicole: I had the same experience since we both booked everything together.

RR: They help me feel at ease or relax from all the stress at work. Whether it’s watching a video on Youtube or listening to WINGS on the way to work or on the way home, they just knew how to give a sense of relief.

Nicole: Same with me! Haha

Nikki: College. My classmate, my seatmate actually . . . she kept on watching kpop videos during class, so I was like ‘What’s that?’

Ess: I really love BTS, but then like, I was curious about them. I spiraled down from there.

Nikki: For me, it was easier because I think there a lot of KPop fans from Cebu, so it really was easy. We’re really luck. We had a friend who gave us her queue number. We’re like #70 in the V.I.P queue.

Ess: The lines weren’t as long compared to the others. It wasn’t so bad. We ran. We got there by 6 something. We arrived, then we went to the queue right away.

Nikki: For me, they give me comfort like they make me feel like I’m not alone. So, it’s like I can have my own confidence where I’m not going alone through this. It’s not just me. They just give me hope at the same time. With those wings, I can fly higher.

Ess: BTS is not like hell. For me, like, the individual members are very inspirational. Especially how idols also go to school and how they have their own achievements for the group. So, it’s like if they can do this, well, I can also, like, go through my college.

Bruh why is the lanyard so cool I wish korea concerts had this pic.twitter.com/ciLZqzN4RR

Student/Occupation: English teacher at a kindergarten academy in Seoul

So, I actually discovered BTS when I was living in Korea cause I study abroad back when they had their debut. So, I was just on YouTube one day and I found their No More Dream music teaser videos. So, I watched that and I thought ‘Oh, wow. This is such a unique sound. I have to see them.’ So, that’s how I became a fan.

I was actually kinda nervous about it cause it’s my first time kinda going overseas to see them. So, I had think a lot about finding a flight. Then, my friend actually helped get concert tickets, so I didn’t have to feel that bad. It was really nice knowing people here because they help me a lot. I had another fun in the hotel. It was just a bunch of fans working there to help me get my friends. So, I had a pretty good experience.

So, just their doing what they want to do and that they can inspire so many people through the songs that they write. How can they reach so many people and how they connect everyone across the world and it really helps me think like ‘I’m not alone. I can connect with everyone else. The same problems, whether they have different problems, you have a sense of community, and I think that lifts everybody up together. I think that’s the meaning of Wings.

Good afternoon ARMYs! 🍑, 🐢 and 💩 are outside of Mary Grace, please look out for the yellow flower to collect your photocards! 💕 pic.twitter.com/ALrRBwfc1A

One of my friends keep on putting BTS videos and in 2015, I already followed them. I was like a huge Jin fan cause he’s so handsome.

The good thing is . . . I’m already a full-time working adult, so I managed to get off day or a leave day. So, the only thing I was worrying about was the ticketing. I had friends from the airport, who were in the Philippines. It’s just that the ticketing was very scary. I had so many stories, like, people getting into arguments. I was really worried for me and my friends.

I think because the members are all . . .  they really inspire you like how work gives you your results. I think they give inspiration to a lot of people. Especially me since I’m trying to work my way in life. If you work hard, you’ll get it. You have to be really patient. You have to believe in yourself and surround yourself with people that will inspire you to do better.

A couple of the interviewees gave me gifts too, such as photocards and candy. While I was also going around the venue, people would give me stickers or cards out of the blue. It’s a heartwarming experience to meet fans and see how much they would go their way to share their passion for music, or the artist the admire rather. 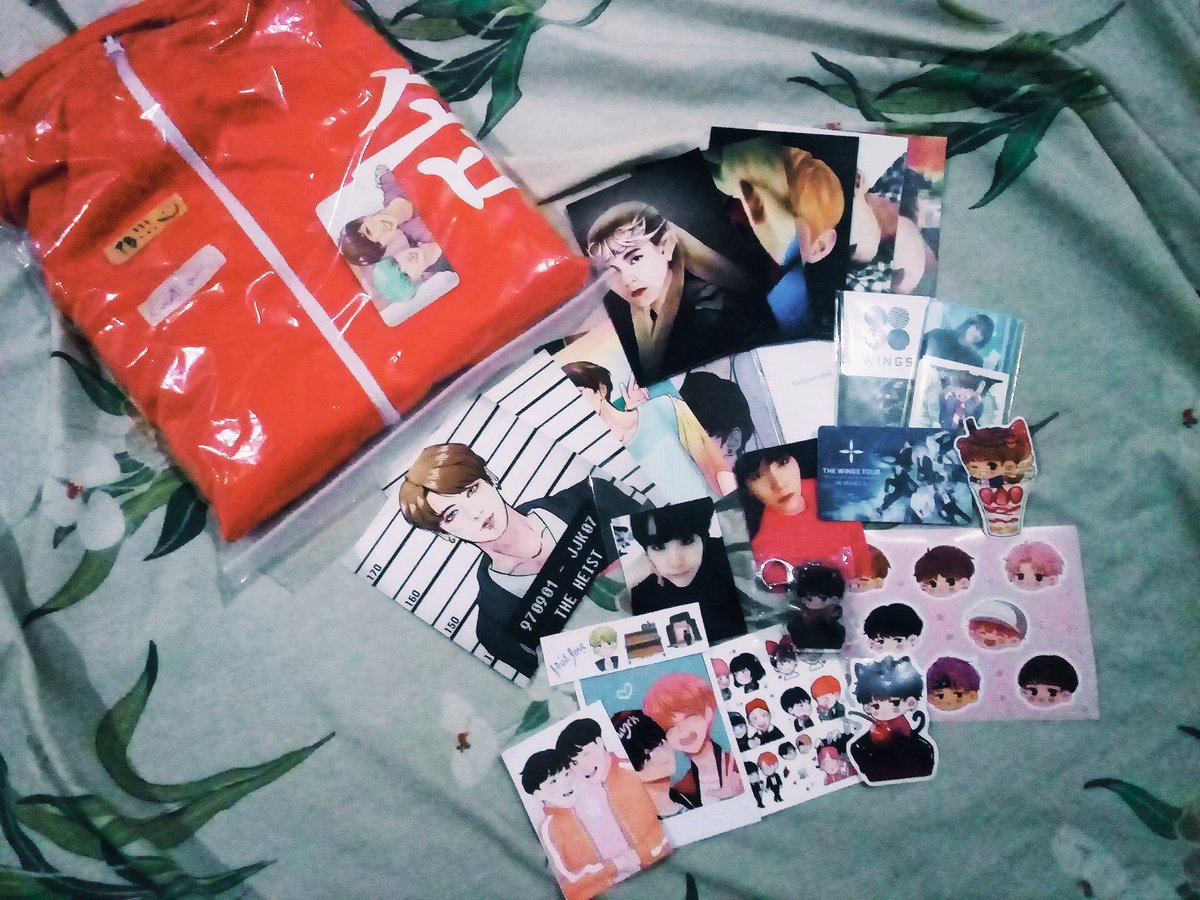 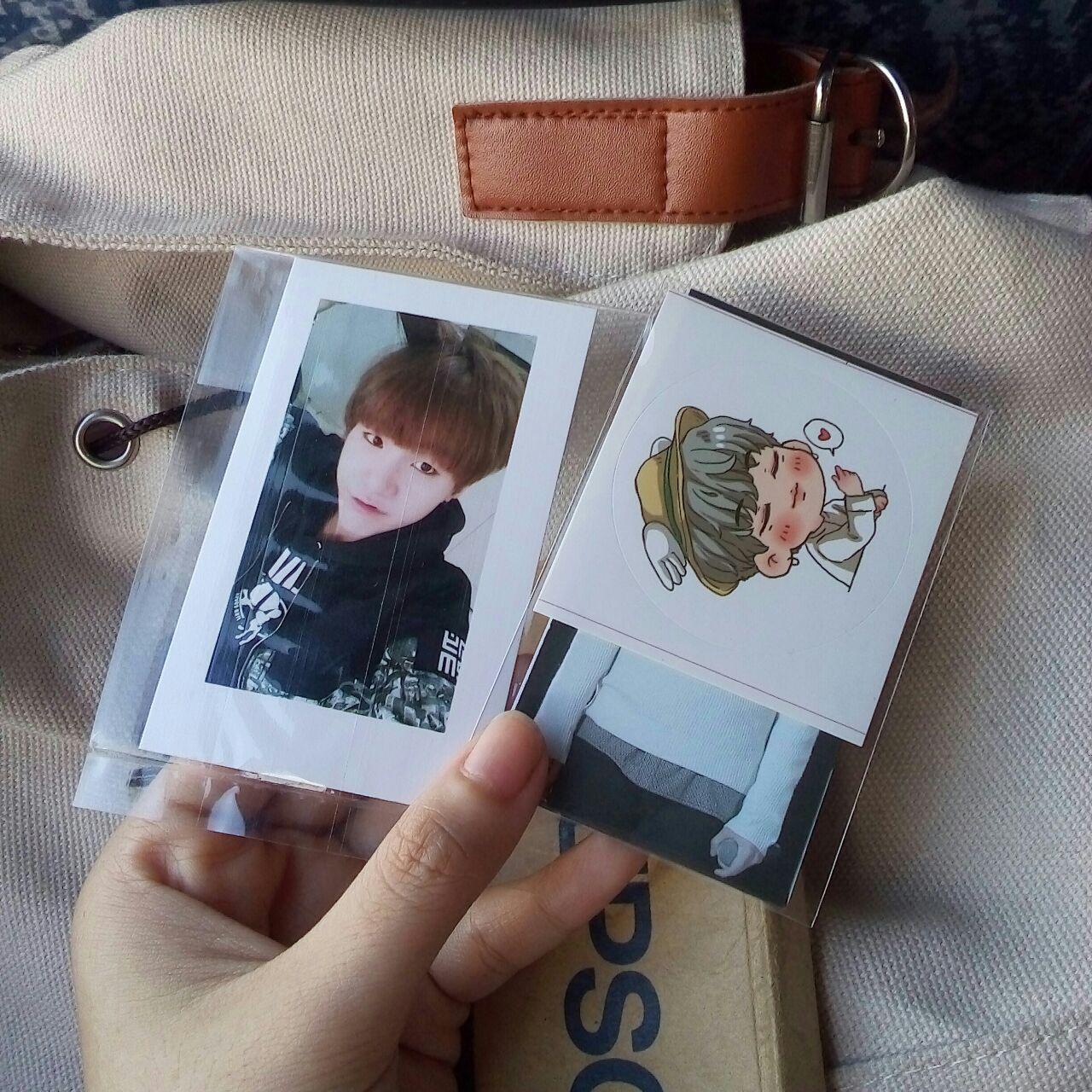 During Day 1, I was able to participate for the fan projects planned then. At first, I was worried that I wouldn’t be able to claim the slogan or the colored plastic bags for the specific lightstick ocean. But then, I noticed that the seats inside MOA Arena had rolls of paper on each cup holder (these were the slogans!) and there were people distributing purple and pink plastic bags for the 2!3! Purple Ocean and Spring Day (Pink and Green) Ocean. 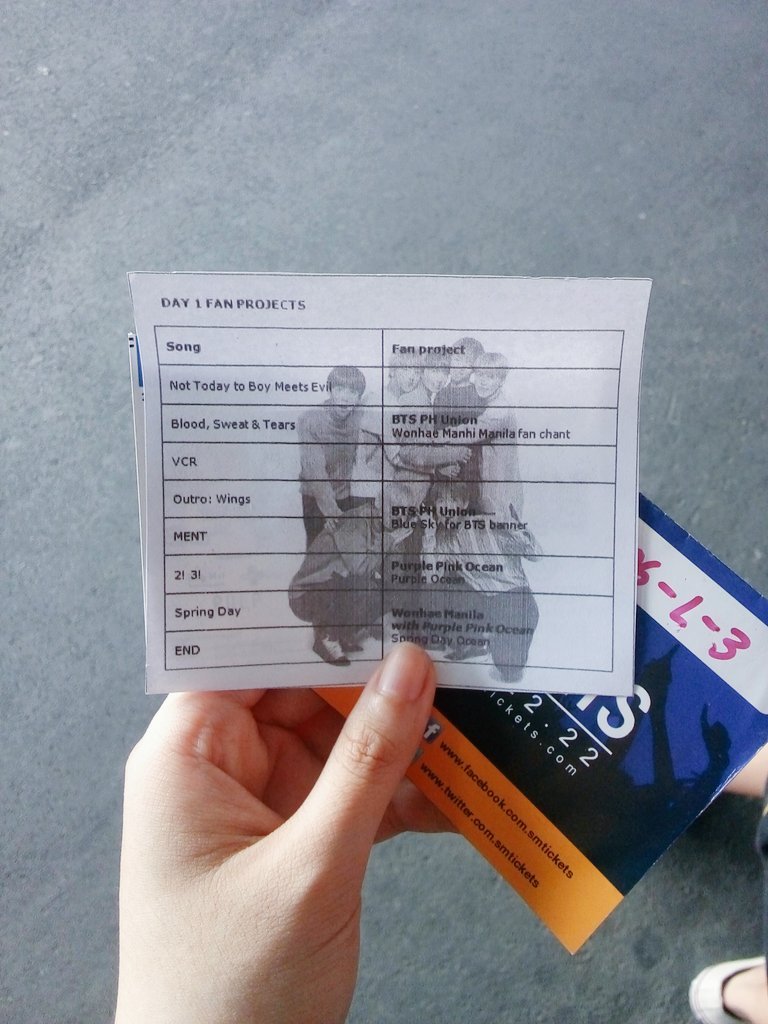 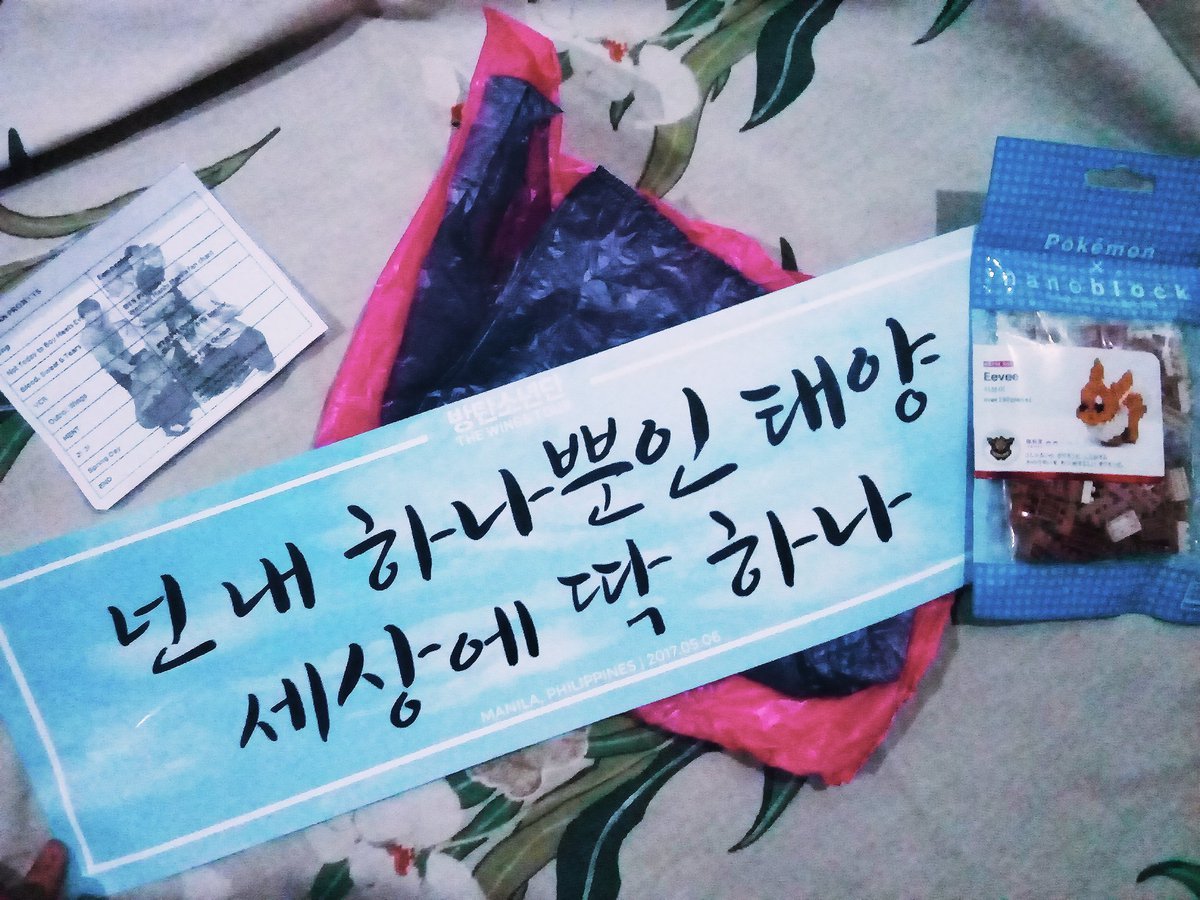 Each concert creates a certain atmosphere where every fan unites. I experienced that kind of moment when the fan projects commenced. The A.R.M.Y Bombs (light sticks) decorated the concert similarly to stars in the pitch black sky. All the members shared their sentiments about coming back to Manila and wishing how they could stay longer. Rap Monster also noticed the Blue Sky banner ocean during Outro:Wings, saying that it has his lyrics from 'Run'.

namjoon saying that the banner's msg is his lyrics from run + jikook singing 😂 pic.twitter.com/gdgGpsXYkI

Hoseok took a blue sky banner from a fan and held it ♡ look at that bright smile. The sun is shaking#BTSWingsTourInManila pic.twitter.com/uSvfw9CWxe

As the show came to an end, a shower of flower-shaped confetti happened inside the venue after they performed their last song ‘Spring Day’. People started to collect as many as they could from the confetti shower. 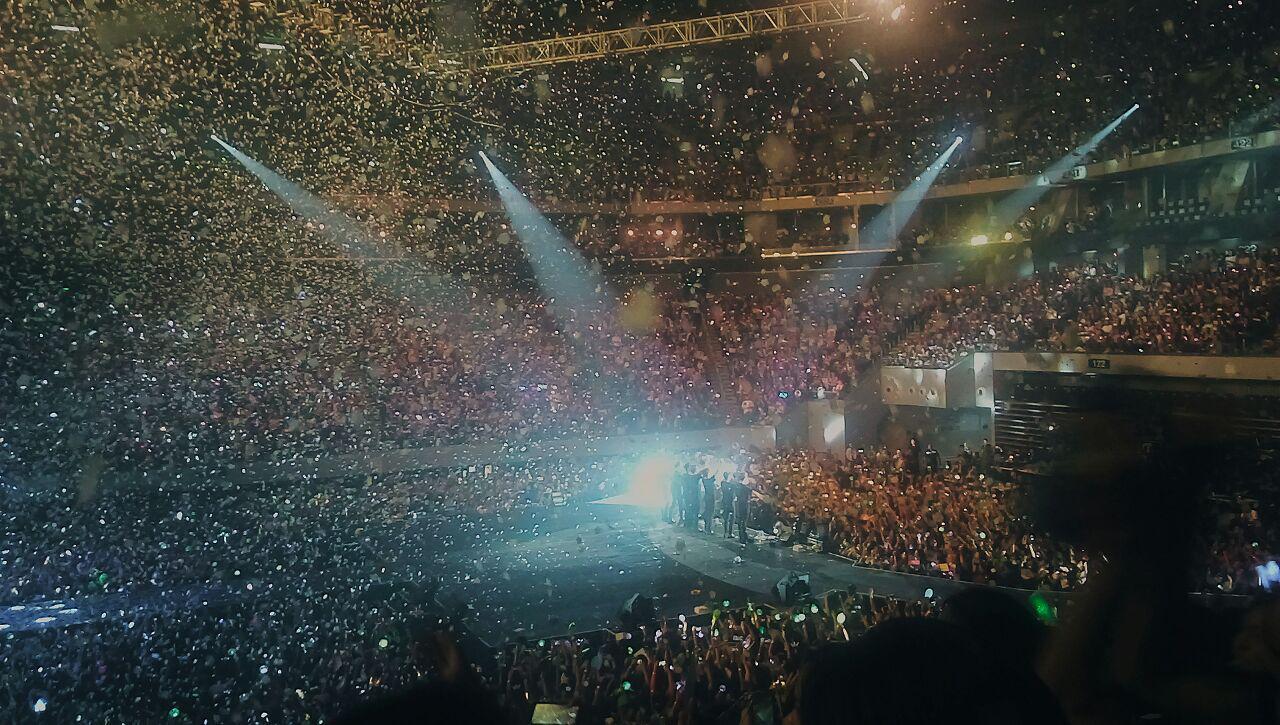 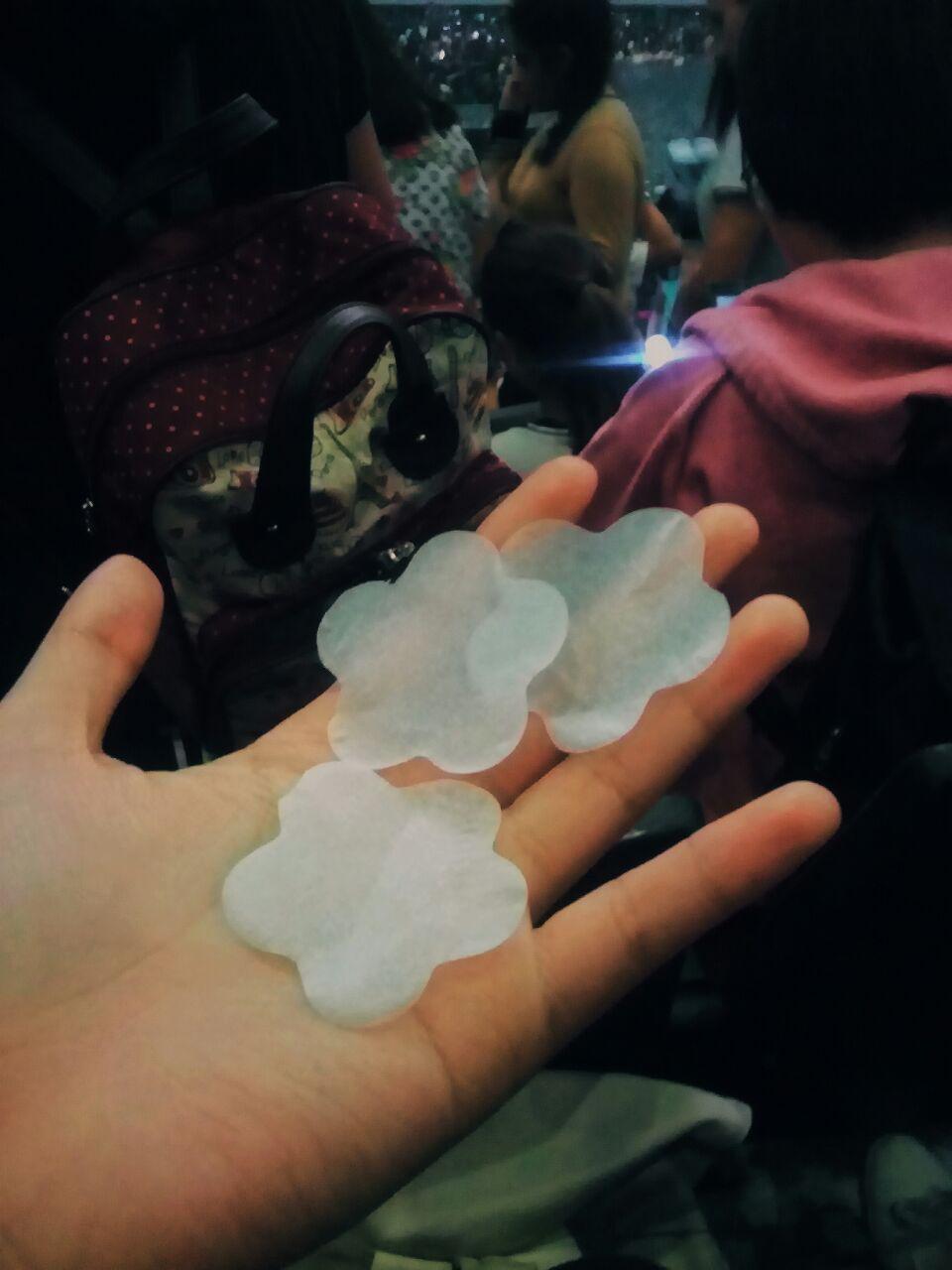 PULP staff greeted each attendee at the exit points of the arena with a card that served as memorabilia from the concert. Certainly, BTS gave all of us a performance to remember for a lifetime. Hence, we departed from the venue with memories that gave us our own wings.