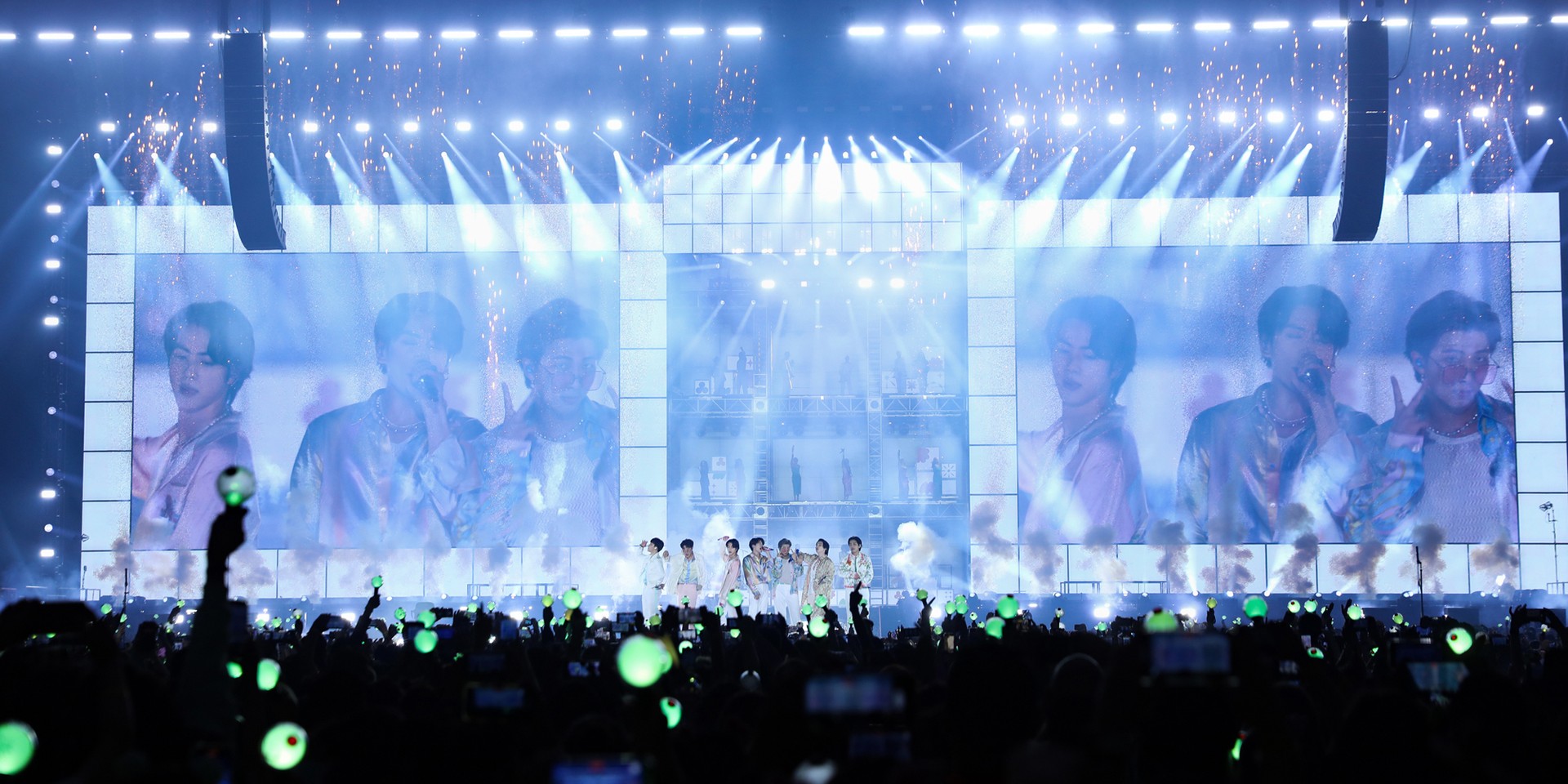 BTS just wrapped up their sold-out four-night residency in Las Vegas over the weekend.

PERMISSION TO DANCE ON STAGE - LAS VEGAS, held at the Allegiant Stadium across two weekends, saw over 200,000 fans in attendance. MGM Grand Garden Arena, where the simultaneous LIVE PLAY event took place, had 22,000 ARMYs in total. Meanwhile, 402,000 fans from 182 countries tuned in via VenewLive on the last day of the show. Approximately 624,000 fans - in-person and online -showed up for the PTD ON STAGE - LAS VEGAS weekends.

In the last three weeks, Las Vegas turned into Borahaegas to welcome BTS and ARMY (fans of BTS). From the iconic Fountains at Bellagio to the infamous The Strip, all things turned Bangtan and purple as Sin City was transformed into BTS City.

BTS kickstarted their PERMISSION TO DANCE ON STAGE concert series with an online show in October 2021, followed by sold-out concert legs in LA last December, and Seoul last March. In a total of 12 shows, over 4 million fans attended in person or watched the concerts online - from in-person shows to LIVE PLAY, LIVE VIEWING in cinemas, and through VenewLive.

The global superstars are now preparing to unfold their new era as they unveil a brand new album this 10 June 2022, just in time for their ninth anniversary as a group.