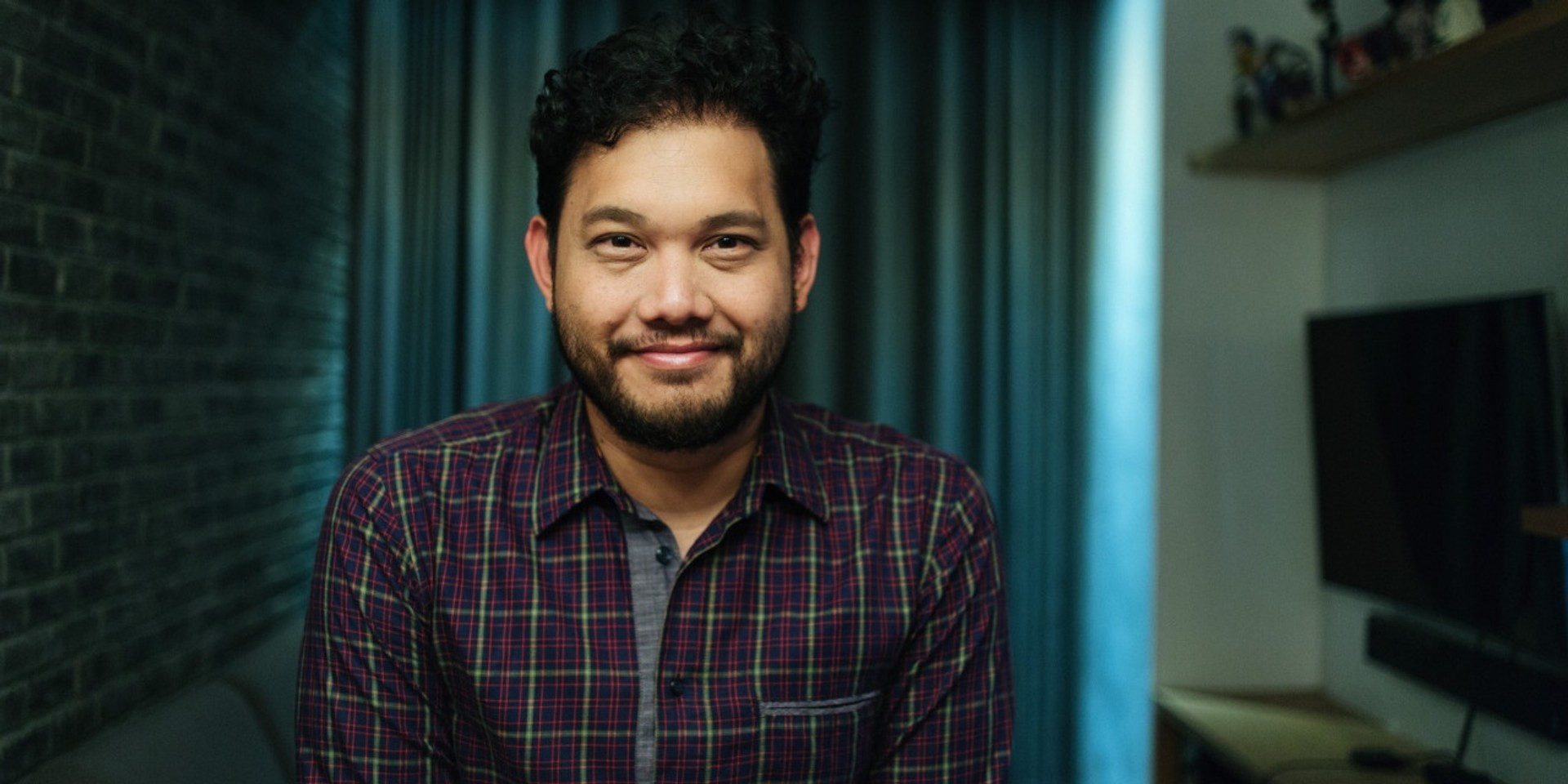 They say that writing about music is like dancing about architecture, but music and film are near-inseparable. It’s more than just choosing the right song that makes a scene stick to your memory just as firmly as it was committed to film grain. There’s music in the rhythm of dialogue to the pulse of cut-to-cut. What you know about music complements how you make films and vice-versa, and Quark Henares knows both sides of the coin.

Long before he began directing feature-length films, he hung out with the jocks at at the legendary rock station NU 107.5, and was introduced to the world of Reservoir Dogs and the Pixies at the tender age of 12. Considering his avid cinephilia and obsession with music, it made perfect sense that music videos became his first weapon of choice. As of today, he has over a hundred of them under his belt, shooting bands from Sandwich, Sugarfree to Itchyworms and Ciudad. He’s also the vocalist of indie rock bands Us-2 Evil-0, Blast Ople, and Perfect Sound Forever, too.

His recent film, My CandiDATE (2016), is a musical departure from his earlier work, such as the serial killer comedy Keka (2008), and his boombox serenade to Pinoy music, Rakenrol (2011). Here’s our chat with him about how that came about, which inevitably lead to an afternoon of raving over our favorite music videos. 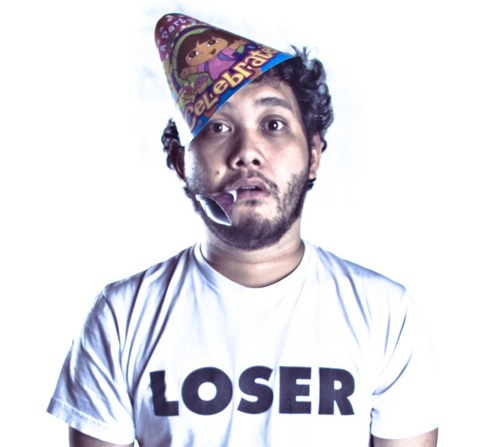 "Music, even if it’s not a part of the soundtrack, is so important to me in terms of creation."

How do you curate music for your films?

Every time I make a movie, I always want it to be personal, even if it’s a horror film or a superhero movie. And one of the easiest ways to make a movie personal is to put the music you love, or what you’re getting into at the moment. At that point, I had done 5 movies, 4 of them having rock-based soundtracks. I wanted to do something different. I think living in LA and getting to know the Fil-Ams there who were very hip-hop-influenced, and getting into hip-hop in the past four years inspired me to like – “Okay, why don’t we do a hip-hop soundtrack for this (My CandiDATE)?”.

The funny, sad, strange thing is that it’s so hard to,--if you’re not of the hip-hop scene,-- it’s really hard to find a jump off point in the Philippines because I didn’t want it to be Andrew E, Gloc 9, or all the hiphop that was very much known. I wanted to attack hip-hop like I attacked rock music in Rakenrol and Keka where it’s more indie, upcoming, and underground.

I wanted to do something completely different and the biggest obstacle was finding what hip-hop to feature because I had no idea. I was very much into American hip-hop but I had no idea where to start Philippine hip-hop. 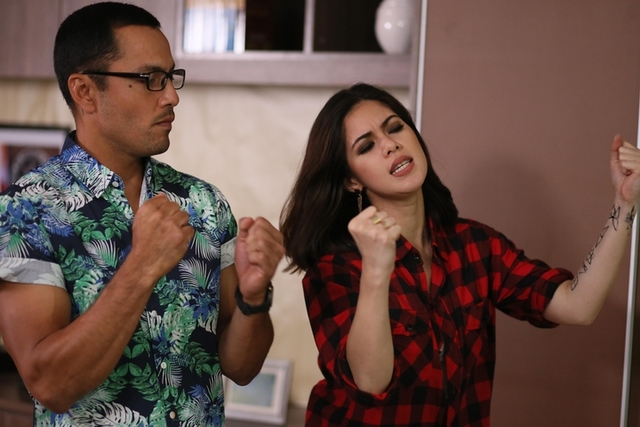 Derek Ramsay and his tattooed, hip-hop-groovin' life-coach, Shaina Magdayao in My CandiDATE

What’s up with the divide between rock and hip-hop in the local music scene?

I think it’s very fragmented, much like West Coast-East Coast.

Sometimes you’ll be in a gig where Greyhoundz will play with Sandwich, Imago, and Parokya (ni Edgar), who are not all necessarily part of the same barkada, but they play together. I think hip-hop is more of like, the Fliptop crew will stick with the Fliptop crew, and something like that. It is a scene but it’s very fragmented nga, like a collective.

There’s no radio station really [for hip-hop]. Like where do you start? There’s no Jam 88.3 for the hip-hop scene. That’s a big factor. There was Power 108 but they were operating illegally so they got shut down. But it’s a pretty good station.

How about Rakenrol? How do you select music for that?

Well, Rakenrol was a period film. It came out around May 2011, but it’s probably set around 2008. We didn’t mean it to be, but when it came out people got very nostalgic. Even though that was 3 years before, Cubao X wasn’t what it was then. So many of those places have closed, so it’s weird because it was just 3 years.

It was only when people started talking about the film that I realized, oh my god, it is a period film, because it was a very specific time and place and I think all of the songs were from that era. It talked about emo, which I feel they were already a shift away from that when the movie came out. And not intentionally.

It’s just that it took forever to make the script. The fact that Diego and I wrote it in 2005, emo was not yet really a thing. It was still coming up. There’s so many small things that kind of slip through the cracks and now made it a period. Rakenrol is my most personal work.

When you write a script, do you usually have music in mind?

Yeah. To the point that sometimes it’s in the script itself.

My challenge for Wag Kang Lilingon is to not put in OPM at all and make it all score. There’s no song in Wag Kang Lilingon, but I remember everyday on the way to shoot, I would listen Tool full blast. I actually get into that dark zone where it’s like “Satan!”. (laughs) Music, even if it’s not a part of the soundtrack, is so important to me in terms of creation.

How are those two processes (of making narrative films and music videos) different when you approach them?

Someone asked me to do a music video recently. They didn’t have the song yet and they were asking for a (story) board. I can’t make your board without listening to the song because that doesn’t make sense.

I’m here to serve the song, not like “I have a vision, I’m gonna use your song as an excuse to make money, and put my vision to the forefront.” Every music video is really formed by the song and a lot of it is formed by my relationship to the band.

What can a music video do for an independent band nowadays?

It’s so weird because for me, the art of the music video is dead.

Okay, yes, music videos are still around, but it’s really those guys – Kanye, Beyonce, Bieber, the other Justin, like yeah, even FKA, or a lot of these, they’ll do something artsy but it won’t get the mileage that the Foo Fighters or Beastie Boys’ Sabotage got.

Can you imagine having YouTube back in the day? That would be amazing. Diego and I would have 120 Minutes taped from 3 to 5 a.m. because that was the only time it showed in the Philippines. It’s this classic show that feautured only indie rock.

Back then you had to wait for [music videos] on MTV, but now you can get it anytime and that’s the irony, like no one really cares. They’d rather watch the lyric video, or just listen to the song on YouTube. It’s sad, but that’s reality.

Back to narrative films – what’s the importance of picking the perfect song? What can it do?

I remember when I first watched Fight Club. I told Marie (Jamora), if this movie is good, Fincher will be my favourite director. Then that part comes in the end, Where Is My Mind, and I had to stand up and go, YEAH!

It’s so important because the moving image,--even I think film makers and maybe none of us want to admit it,--when we’re walking down the street there’s a soundtrack in our head and we’re like “This is the perfect song for this moment”.  It’s so important, it’s so wonderful, and I’m so surprised not many people do it.

FAVORITE MUSIC VIDEO OF ALL TIME

Even if Spike Jonze is my favorite, much like Lynch is my favourite, but Kubrick is the greatest, I think Romanek is the greatest of music videos. I think it’s because his stuff really fits the artist like Fiona Apple’s Criminal. They're all different but they all serve the artist – Taylor Swift’s Shake It Off, Michael Jackson’s Scream, the best Madonna video ever – Rain. They’re all different – Janet Jackson’s Don’t Know What you’ve Got Til It’s Gone. They’re all perfect for the artist and they all look different.

Listen to the soundtrack of Quark's latest film, My CandiDATE: