Huddled together with our friends in the media circuit, in Windowsill Pies, we spent the late morning waiting for the announcement of the much anticipated indie music festival, Camp Symmetry. With tunes of the day supplied by Yuji Kumagai and Elliot Sng of Cashew Chemists, fancy grub in the form of the amazing Camp Symmetry pie (white chocolate pudding, candied thyme, a waft of white truffles) and some liquids, we were ready to report for Camp duty. 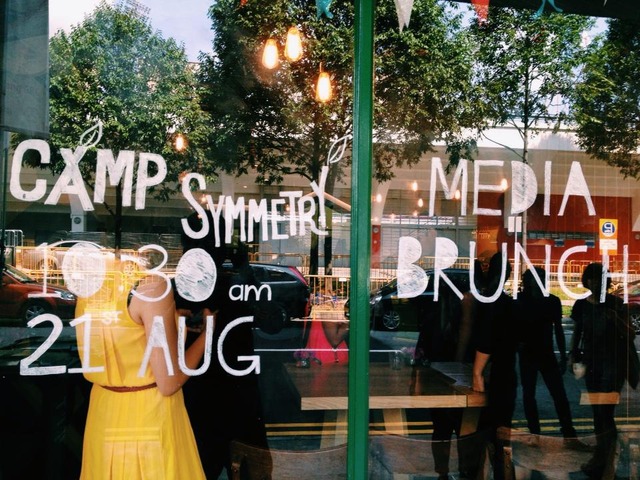 They’ve already announced headliners Explosions In The Sky and Best Coast, and after months of hearsay and social media speculation, yes, Mew will be joining them as one of the festival headliners. Quite apropos for Symmetry Entertainment (who are named after Mew’s ‘Symmetry’) to be bringing in this Danish rock band for their first ever festival they are organising; 2013 has been a good year for the folks at Symmetry. Having previously brought in acts like electronic producer Gold Panda for an intimate set, post-rock outfit This Will Destroy You for a sold-out-mega-two-show gig, and indie darlings Stars in just the first half of the year, Symmetry Entertainment are definitely coming full circle to a very successful year. "It will be the first time playing in Singapore for all the bands coming for Camp Symmetry," he says

Founder Tim Kek introduced each band with a short gobbet, explaining why each band was on the line-up. This, we thought was a nice personal touch, seeing how every act was handpicked by him and his team. He said, “It was really just a personal dream to do this festival,” and months and months of planning it did take as he told us he had been putting together ideas since the end of last year. “I’ve always been a fan of Australian music, bands like Tame Impala and Cub Scouts,” he said on his decision to bring in Fremantle’s San Cisco and Last Dinosaurs from Brisbane. Bringing in William Fitzsimmons however, was a nod to their favourite series during their teens, One Tree Hill and also because Tim and co-founder Jean, wanted to mix up the festival a bit. From post-rock to indie pop, folk to Brit rock, you can get your proper festival fix at Camp Symmetry this November 2!

We now would like to tell you a little about the bands and artistes for Camp Symmetry, here we go: 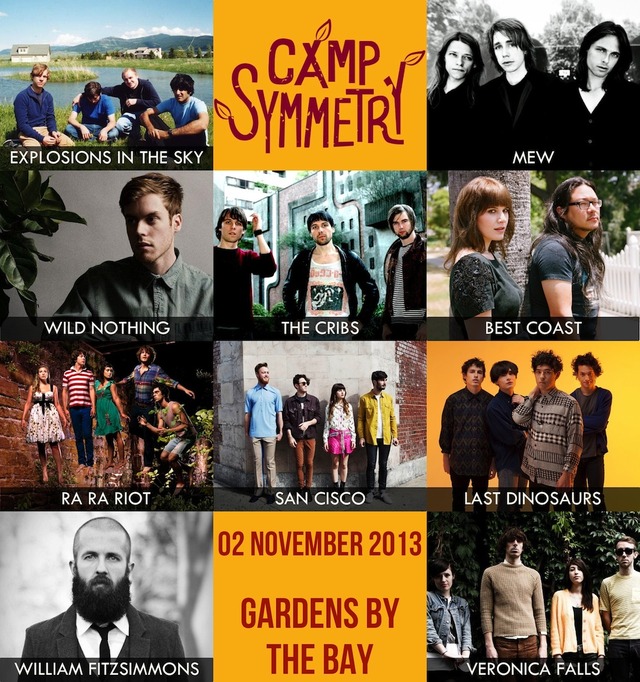 Explosions In The Sky

Our favourite entry level post-rock band is finally playing here so of course we're excited about this one. One of the most cinematic bands of our time, this Texas band will be the perfect soundtrack to you festival experience.

As Tim said, "Mew has a huge cult following in Singapore.." Yes, we are part of that cult. Whatever they're down with; 'the world's only indie stadium band' or 'pretentious art rock', we're also down with that. Prog rock music fans, rejoice!

Always about the beach, sun, summer and the boys, Best Coast is all about easy listening. And fuzz. Indie surf rock and sun drenched pop, who else better to have at a festival?

One time at a gig, Ryan Jarman busted his lip on the microphone and continued the gig with a bloody shirt. Ace. It's gonna be a sweaty and loud affair when The Cribs come on. They're energetic and sing anthemic songs, so don't sit down for this set!

Recently they dropped their third studio album Beta Love, which was a foray into the land of synthpop. Still good, we think. Expect a set of good old baroque pop and their new stuff of course. Ra Ra Riot will be keeping it upbeat, that's for sure.

A long time we have been waiting for you Wild Nothing! Last year's release Nocturne was played countless of times in the Bandwagon HQ. Dream pop with a strong hint of nostalgia, this is will be a quite nice act to watch as the sun is setting.

They were recently selected to perform at Lollapalooza, winning the opportunity to showcase their music to a larger crowd. San Cisco's music is rough, lo-fi garage pop, with bright catchy hooks... and they have a cute drummer.

Two pairs of brothers make up Last Dinosaurs. Game on to see if you can spot them. Last Dinosaurs play pure guitar pop, it's all about catchy and pumped up riffs. Festival perfect.

Reminiscent of 80s British indie, Veronica Falls are working hard to bring it back. With a penchant for reverb, jangly guitars and the morose (Single: Found Love in a Graveyard), this group will be bringing the gritty to Camp Symmetry.

Best known for his songs being featured on prominent television shows, William Fitzsimmons may be classified under 'folk' but look deeper and you find something more. Calming, painfully human and hypnotic, we need some respite from festival madness after all. 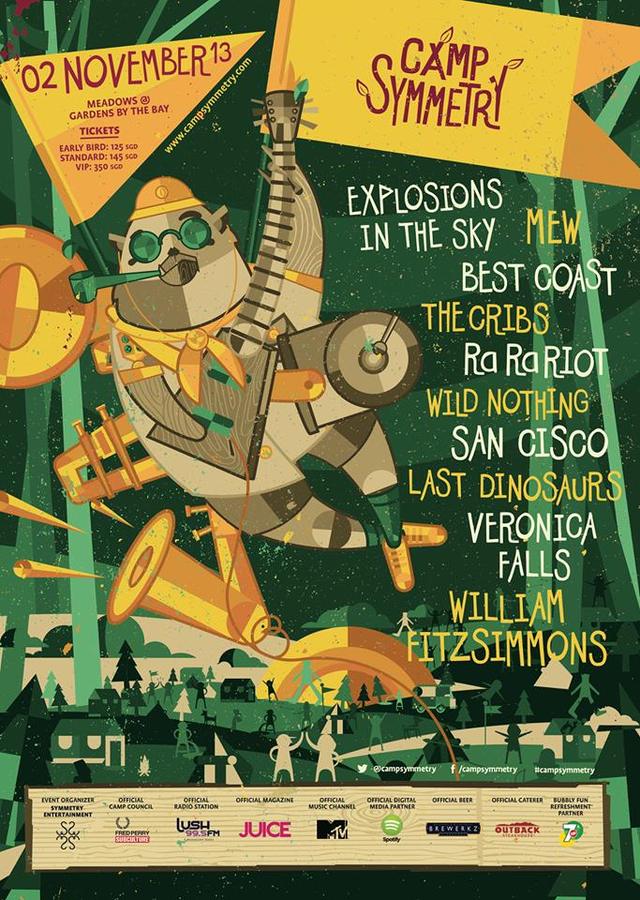