Returning with their sixth album Bloodsports, Brit rockers Suede has certainly come a long way since their formation in 1989. As the eclectic concert crowd slowly milled into The Coliseum last Friday, I wasn’t too surprised to see a fan demographic ranging from young adults all the way to middle aged punters. But, I must admit that it was a first for me to witness a mother with infants in tow at a rock concert! However, this rare sighting served as a testament to the Britpop pioneers’ (although, Brett Anderson and co have come to detest that label) musical longevity.

As Suede took to the stage with the spanking new 'Faultlines', everyone was enraptured. The smoke laden platform backed by the simple yet effective lighting kicked off the night in a dramatic fashion. Despite the subtle staging, the band’s performance was anything but that. 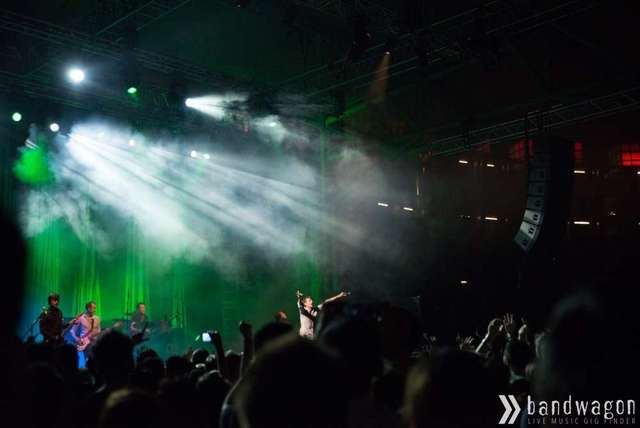 With the spotlight literally on flamboyant frontman Brett Anderson, he didn’t disappoint with his tenacious glam rock stage antics. Manhandling the microphone every chance he got, Anderson reduced his mike stand to the role of an on-looking bystander as he twirled his mike like a medieval flail! Like a man possessed, the man was a livewire as he sauntered and gyrated with youthful exuberance. Embarrassingly, we were all so awestruck by the spectacle that everyone was tongued tied as Anderson tried in vain to get us to sing-along to 'Trash'.

While Anderson was clearly the face of Suede, the rest of the band were not to be out done. Lead guitarist Richard Oakes and bassist Mat Osman led the way with some spirited playing, with rhythm guitarist Neil Codling and drummer Simon Gilbert putting in a decent shift. But, nothing was going to prise our undying attention to Anderson as he powered through the cult hit 'Animal Nitrate'. 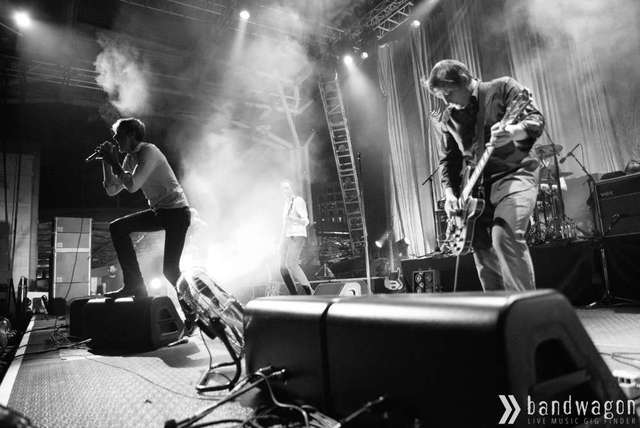 Taking things down a notch with 'Sometimes I Feel I'll Float Away', the sweaty vocalist sat lazily by the edge of the stage as he serenaded us like an enchanted lover. With the audience in the palm of his hand, Anderson abandoned the sanctuary of his stage. Moving along the front barricades, he was mobbed as everyone wanted a piece of him. As the charismatic frontman effortlessly belted out 'By the Sea', he took the time to high-five the entire line of clamouring palms. Commanding such rare fan affinity, Anderson even joked that he’ll be sending us Christmas cards! It was evidently clear that we held a special place in Suede’s heart. Well, it certainly explains why the band has toured our little island six times!

Subsequently, Suede dished out 'Lazy' as a special treat. Many were appreciative of the classic track as we sang along with Anderson in full voice, giving new meaning to the expression ‘bringing the house down’! Ending off with 'Beautiful Ones', the band rolled back the years as we revelled in the hedonistic number. Despite their age, Anderson and co reminded us the pleasures of youth. After all, this was a night where age was definitely not a factor. 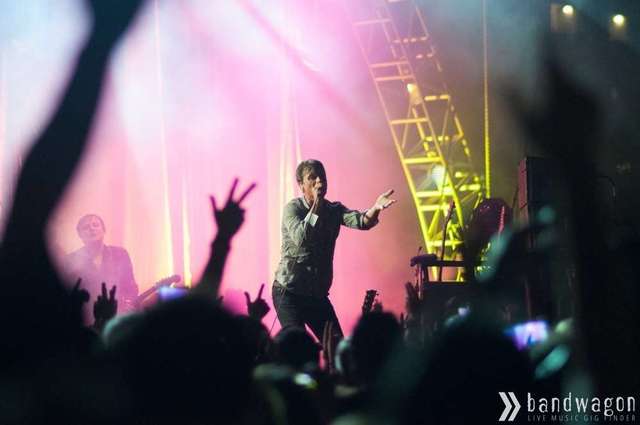