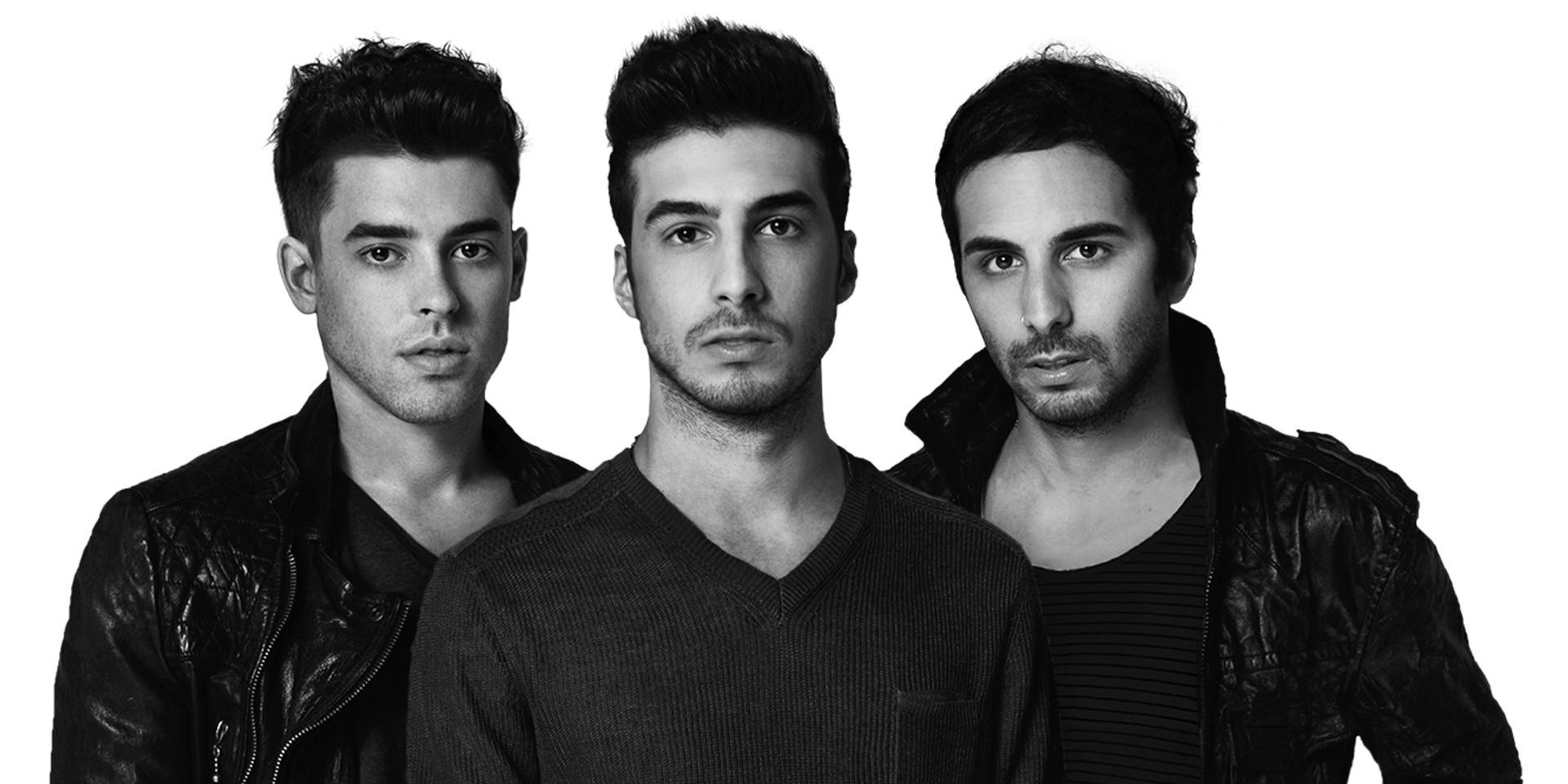 If the name Cash Cash rings a bit of a bell, that's because you've probably heard of the group's music before.

Formed in 2008 as a pop-rock quartet, Cash Cash released two studio records. With drummer Anthony Villacari leaving in 2011 due to creative differences, the remaining trio then switched their sound to dance music in 2015 following the success of its remixes of other artists' songs. Since then, the group has been on a roll, with hits such as 'All My Love', 'How To Love' and 'Finest Hour' topping charts worldwide.

Bandwagon sat down with Cash Cash at It's The Ship 2018 and spoke to Jean Paul Makhlouf and Sam Frisch about the group's past in music, dealing with hectic touring schedules and more. Check out the complete interview below.

Cash Cash has had two distinct eras in terms, the pop-rock days and the EDM days. What made you transition from pop-rock to dance music?

Jean Paul: It was very smooth for us because while we did the whole pop-rock thing, I would say we were always more of an electronic band. We were really into synth-pop and electro, the new-wave sounds. I think it was a lot easier for us because we were producing our own music so we were always recording the instruments as well as mixing and mastering the songs on our own.

That, in conjunction with remixing for other artists, it was kind of a natural progression where all of a sudden, our remixes started to sound like our original songs and it came at a time where I just wanted to stop singing and focus on studio work. So it all came together at the right time.

Who are your musical influences outside of EDM?

Sam: We listened to a lot of different varieties of music growing up, everything from Michael Jackson, Queen, The Beatles, of course Nirvana, Stone Temple Pilots, a lot of alternative rock bands, pop bands, electronic groups. Fatboy Slim, Daft Punk, Justice, Chemical Brothers, all that stuff. That was a lot of the first EDM-type stuff that we came across. I would say though, we're always listening to all kinds of music so it's tough to really name just a few.

You’ve been performing for well over a decade. What keeps you motivated after so long?

Sam: With the electronic music, obviously it has allowed us to travel a lot more. What we're doing now has brought us around the world, many times over so that always keeps us interested, meeting new people, seeing all the different cultures and places.

Jean Paul: We have amazing fans all over the world. That's the coolest part. Like here on the ship, we were in our rooms, and we went out onto the balcony and we poked our heads over to the other side and we were like "Hey neighbor" and we were able to have a nice, cool conversation with the people living next to us. It was really cool, it was so chill. It was nice to have a conversation and be treated like normal people and still be able to maintain that touch with reality, because a lot of people lose that.

People tend to think we lead better lives and we don't have the same problems they do just because we're "famous" and whatnot but that's so far from the truth. If anything, I'd say our problems are cranked up to 11. Maybe we might have steady finances but everything else, when you're constantly touring and being taken away from reality, it messes you up, and all the bad shit gets worse.

Digging deeper into that, we've lost a lot of musicians this year to mental health issues like depression and addiction. How do you guys stay above that and stay positive?

Sam: FaceTime. We FaceTime our families and friends a lot just to stay grounded and maintain that form of human connection because when you're on tour, you really don't get that. We still live in New Jersey so we get a break from the whole music industry that's based in Los Angeles and that's really refreshing for us.

Jean Paul: Having some of the shows you're currently into downloaded and queued up really helps as well, you're more inclined to have stay in and watch your shows than to go out and party every night, I feel.

With the constant stream of new music being released everyday, how do you keep up with all the releases and how do you decide what tracks you want to add to your sets?

Sam: You have to keep your ears open. We have a few friends that we trade music with, a lot of the times, it's trial and error too. Luckily we get to play a lot of shows so we get to test out a lot of new songs here and there to see how it works. If it works, it stays in the set, if not then we throw it out until something sticks.

Did you find yourself tweaking your sets to fit the vibe of It's The Ship, or is this just a regular Cash Cash set?

Jean Paul: I think the set we've performed here was just a regular Cash Cash set. It was a bit of a shorter version because festival timings and whatnot, but we made sure to throw in the fan favorites. I will say that when the sets are about an hour long, you end up kind of throwing things out, and it's not as seamless as we would like it to be. We just want to have fun in the process too, we want to give our fans the best possible time and sometimes, an hour just doesn't cut it.

What's up for Cash Cash in the foreseeable future?

Jean Paul: We're currently planning to get those out towards the end of this year, early next. And from then on, we'll be working on a bunch of songs, touring all year. I think on this trip actually, I realized that it's time to just bang out another album. I think we're going to have to treat it a little differently than the last one and I think we need to just take some time, collect the songs that we think fit the best together and put it out for the fans. It's time.