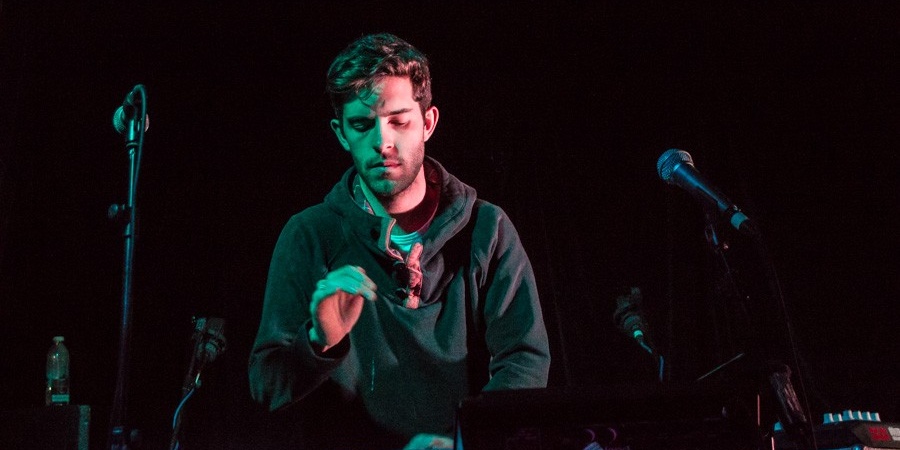 Catching Flies is an enigma of sorts. Public information on him reveals a very quirky producer with many idiosyncrasies which aren’t considered your average run-of-the-mill habits. In his free time, the English producer likes to catch glow worms, grow rare fruit, and watch trains. Quirky. And cool.

Perhaps it’s some of this quirkiness that has transcended his personality into his music, which has been described to be somewhere in between Flying Lotus and Bonobo. It exhibits the more chill and smooth side of electronic music that’s not all about loud, unapologetic, and brash synths that are almost overshadowed by in your face bass that makes the very core of your soul shake.

Catching Flies’ proficiency with so many different genres of music is probably justified, given that his roots lie in jazz. His first love was not electronic music but the rhythm of swing – "I was listening to a lot of jazz when I was 12 or 13 years old," he tell us, "at first a lot of Blue Note records stuff." It was only through this did he discover hip-hop sampling, which pushed him to make his own instrumentals influenced by genre legends J Dilla, and Pete Rock. Through a similar process, he discovered electronic music.

This explains why his music infamously spans so many genres. While one of his mixes could be based on a jazz motif dominated by a swing or syncopated rhythm, a similar song within the same playlist could have roots in electronic sound and feature a straight 4/4 rhythm to hold the whole song down. It is perhaps his exposure to so many genres through his developmental years that allowed Catching Flies to expand through various genres of music. The mere application of these influences has allowed him to create his own signature brand of electronic music.

Weirdly enough, the humble producer wasn’t willing to define his own music – while this could be considered as uncertainty on the part of the artist, it is actually clear that Catching Flies does not define his own music for the sake of keeping himself limitless, rather than labeling himself. "If I think too much about my music or what it sounds like, it won't sound natural and can end up becoming contrived," he says. "I try not to constrain myself or box myself in."

He does, however, find love in the crossroads of live instrumentation and electronic elements. "I find the mixture of these two worlds really beautiful," he tells us.

But music is nothing without marketing – we know that the best musicians in the world can still be missed if they don’t have the appropriate means to share their music. We looked at Catching Flies’ SoundCloud account – where his remix of Klangstof’s ‘Hostage’ has struck 132k in listens, something unimaginable for someone with relatively subdued marketing reach compared to A-list acts with labels rooting for them. For this, we clearly have the internet to thank.

Says Flies: "Platforms like SoundCloud now enable anyone to make music in their bedroom and be heard by people across the world without a huge marketing budget. Record labels are therefore no longer as powerful as they once were… you've got 15-year-olds making really innovative stuff in little towns in the middle of nowhere, and it's getting picked up by blogs and people online."

But making music is not all sunshine and rainbows for the 25-year-old – music, as always, has its frustrating moments, where the eclectic mix of genres refuse to work together such that they satisfy the producer. "You never know when creativity is going to strike or when it's going to be slow, and that takes some getting used to," he says. "I went through a phase of trying to force it when I was just not feeling very inspired but eventually learnt to be ok with it when you're not into what you're making."

But the innovative musician found his own way to solve the problem by taking a few days away from music each time this frustration strikes, for "the itch to create normally comes back quite quickly."

Aided by a keyboard, an APC40 to control Ableton and a Roland SPDSX to trigger drum samples, vocal samples and everything in between, Catching Flies will bring his signature mix of jazz, hip-hop, electronic, and house music to Kilo Lounge on June 2nd. While this is definitely not the type of gig to get you off your feet into an alcohol-music-induced dance frenzy, it’s definitely the kind of gig that will calm those nerves, and impress the hell out of you for its ethereal genius.

We have 1 pair of tickets to give away for Catching Flies' upcoming live debut in Singapore!