Independence day is always a day worth commemorating and, as always, live music's a prime way to start celebrations. Radio Republic's simply doing it right. Music lovers can gather at the Tiendesitas Trade Hall this year for eight hours of non-stop Filipino music.

Presented by Radio Republic along with premier shopping destination Tiendesitas, Freedom Jams will feature live sets by 11 groups of exciting prominent and emerging local talents. Bands from different backgrounds and genres, from acoustic to full band sets, will come together and jam to properly commemorate the freedom and independence of the country, the best way they know how.

It’s gonna be a festive music event to mark Philippines’ 117th year of independence. While this historical day has been celebrated through many different ways and using different themes, Freedom Jam is doing it with music!

It’s nice to see a great mix of veterans and budding new talents of the local music scene lined up for the event. It proves that nothing is a limiting factor when it comes to music, and especially when everyone is there for a same reason – the love for homegrown culture that will thrive as long as we can let it.

Apart from great music, we’re expecting to see exciting booths selling almost everything, from apparels made and owned by the musicians, to photography, art and of course, awesome food and coffee! 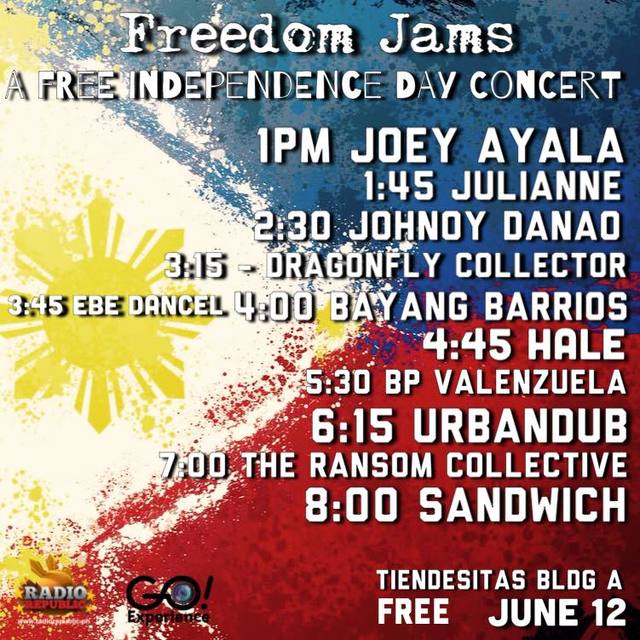