You can’t talk about Singaporean rock without talking about The Stoned Revivals. Their mystic brew of acid jazz, psychedelia, garage and boogie, combined with an escapist worldview, was a game changer for the local scene when the ensemble first emerged in the 90s.

Despite a minimal discography — one album and a handful of singles — the band still managed to achieve that oh-so-rare feat of mainstream and cult appeal during their peak in the late noughties, as their far-out fusion and non-conformist spirit drew fans from all corners of the musical spectrum. 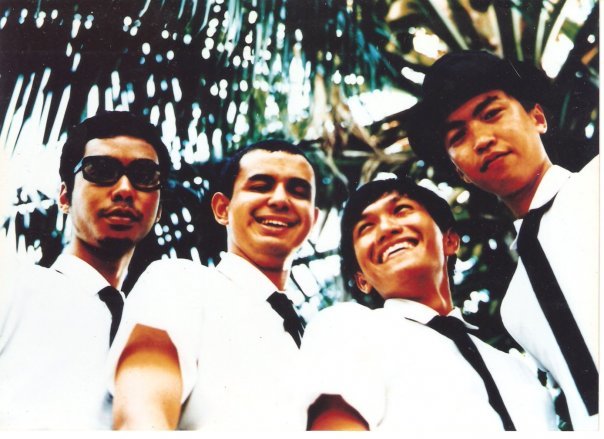 Courtesy of The Stoned Revivals

"They was so ahead of their time — I can’t put a finger on it but there’s a sense of magic around them and I connected with that magic right away,” describes Joe Ng, frontman of seminal indie outfit The Padres, whom many consider the godfather of Singaporean alternative music.

“One thing I really like about them is their stage presence. When they perform, there’s an honesty that’s so endearing. It’s not just how Esam sings or how the instruments are played, but also the lyrics...Sometimes, I wish I wrote some of their songs.”.

Though the Stoned Revivals are largely on hiatus these days — they still do shows every now and then — their genre-defying style has enshrined them in Singapore’s musical hall of fame.

‘Music from the future’

Incorporating hues of surf rock, bossa nova and soul, the Stoned Revivals was rooted in all things weird, gonzo and freaky, but still possess a Radiohead-like ability to strike an emotional chord.

The single 'Goodil' — from the soundtrack of Eric Khoo’s dark comedy film 12 Storeys — is steeped in space-age funk, backed by dreamy lyrics ("let’s fly away on a trip to Bali"). Released in 1997, the same year the Revivals opened for No Doubt at the Indoor Stadium, it quickly became the #1 track on two local radio stations, turning the group into a household name across Singapore and Malaysia. Sadly, the track produced next to nothing in royalties, as the Revivals revealed in a 1997 interview for BigO Magazine.

The fact that they achieved mainstream fame "without being a copy of whatever band from the U.S. or U.K. that was popular at that time," is important, notes Straits Times music correspondent Eddino Abdul Hadi, who conducted that BigO interview. 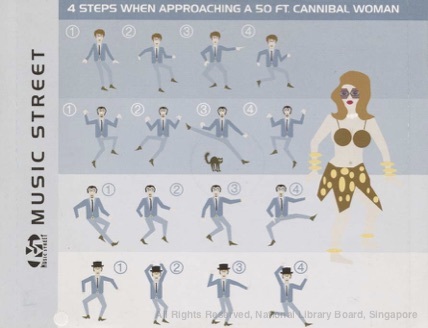 Courtesy of the National Library Board

"I remember our label not knowing how to market us ‘cause we didn’t fit into what was on radio. I told them we were playing music from the future,” says the Melbourne-based Esam via email.

Salvation Army cassettes that ranged from chamber music to Cantopop and cheap disco records from Sungei Road also helped mould the crew's sound. “Psychedelics in both aural and audio form played a part as well, kinda like going on a bad acid trip with a bunch of good friends," Esam says.

The 14 tracks on Golden lovesongs reflect all those myriad tastes.

'Spanish Fly' is a fast-paced shimmy-shaker fitting for a chase sequence through Little India, 'Mr. Moon’s Confusion Groove' boasts Daft Punk-esque synths while 'Stoned Alleycat' is a smoky bossa nova-cum-tango jam that’s become one of their most well-known tracks after charting locally. Meanwhile, the moody undertones of 'Loose Boogie' are paired with lyrics that speak to every indie kid’s heart ("do you want to be alone/in love with your own soul?").

The incorporation of jazz elements really set the act apart from their peers, according to Eddino, who’s also the frontman of garage rock outfit Force Vomit.

The Revivals’ line-up grew to include multiple backing vocalists, a horn section and keyboard players, which was “pretty much unheard of for local indie bands at the time,” he explained. And by the time Golden lovesongs was produced, the Revivals had also tapped into the flugelhorn, trumpet, and didgeridoo.

The group’s appeal was magnified by an oddball style, which was on full display during the album launch show at Zouk.

“[Esam] had rounded up all the friends and acquaintances that he knew to help out with all aspects of the show, including guys who were only too happy to dress up as ‘cannibals’ and be back-up dancers,” Eddino recalls.

Just like most early friendships, the Stoned Revivals first formed in school.

Esam, Kamal, bassist Matthew Qwah and drummer Maazrin Asri were classmates at Siglap Secondary School and united musically in 1990 after O Levels (Qwah and Asri ended up leaving after 1995).

“One of my schoolmates brought me to see Stompin’ Ground play at Paya Lebar Community Center alongside OP and MindRape Protestants. That gig changed my life and we formed the band soon after,” Esam recalls.

And if you think the scene is small now, you definitely weren’t around during the early 90s.

Back then, “gigs were rare and far in between and mostly through word of mouth," Esam said. "If someone donned a pair of Doc Martens, you would be pretty safe to bet that they went to underground shows.”

Aside from venues like The Substation – whose 28 year-old existence has proven critical for the growth of emerging musicians – concerts often took place at community centres. It was during one such show at Thompson Community Centre in ’92 when a fateful encounter led to the Stoned Revivals’ first demo cassette Soul Detergent. 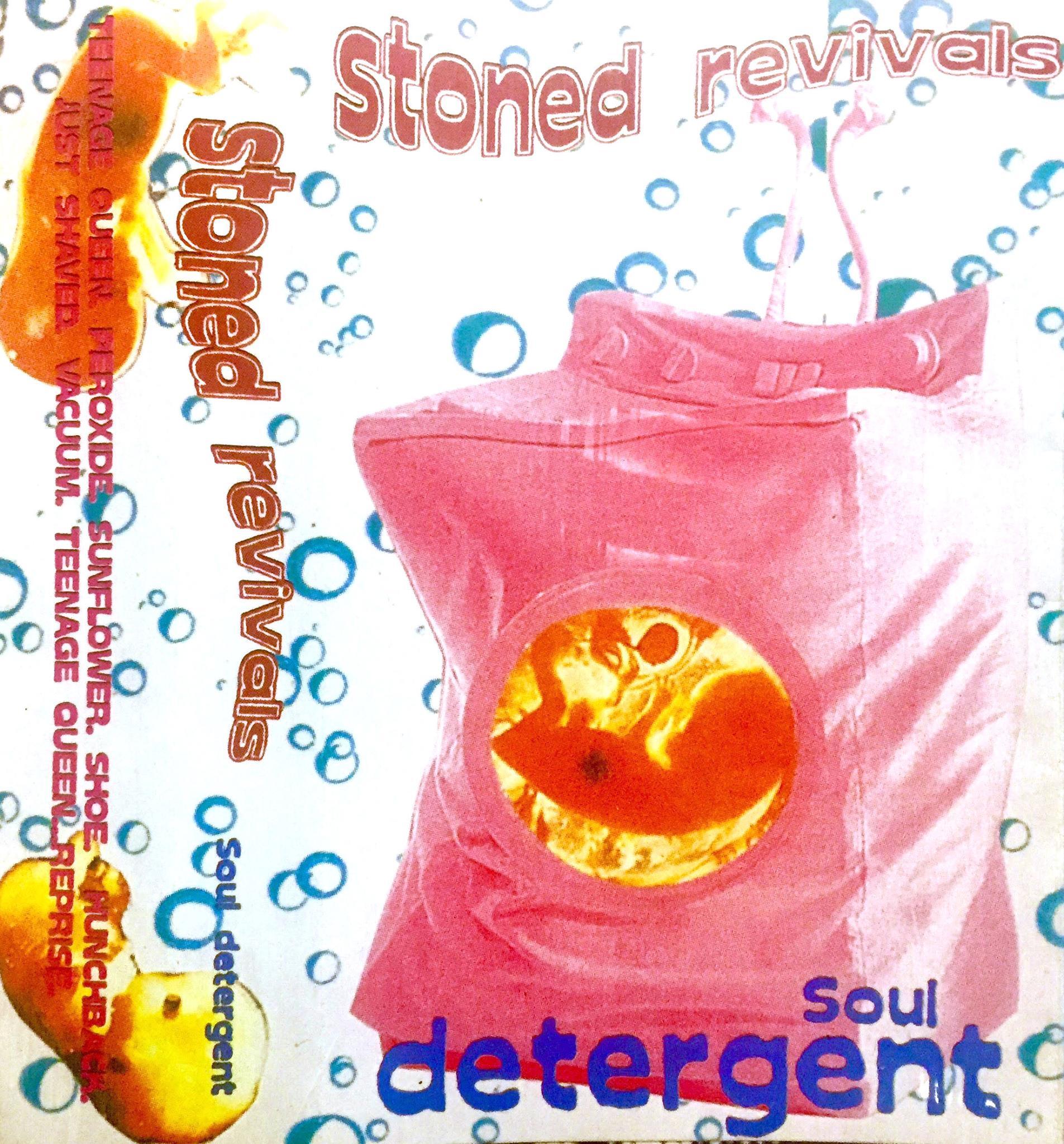 Courtesy of The Stoned Revivals

Joe Ng was in the crowd and remembers being “blown away” by the Revivals. “During those days, a lot of bands were playing the flavor of the month but they were doing something really, really different,” describes Joe, who was then working at record company BMG. “After their show, I introduced myself and was a total fanboy.”

Not too long afterwards, Joe spent a fat bonus recording the band's demo at the legendary TNT Studio. “The guys were still schooling at that point and this seemed better than going on holiday,” laughs Joe, who now spends his time composing music for film and television.

Not too long after, the band got signed to Cheapskate / Pony Canyon and everything steamrolled from there. “It was one hell of a ride," said Esam.

The Revivals haven't been active for a while even though its members are involved in other bands — Esam, for example, jams with a troupe called the Kozmik Love Orkestra in Melbourne. Still, nobody can question their contribution to Singapore’s sonic tapestry.

Local artists such as Spacedays, the island’s present-day torch bearers of lo-fi psychedelia, cite the Revivals as a major influence.

“A lot of us grew up listening to their songs, and for some of us, it was THE benchmark of a great band with killer tunes,” said bassist Hanis Ishak. “We really love their songwriting approach, chill and poignant, yet relatable to our everyday life in Singapore. They opened up our minds to great grooves from unusual places.”

Like their predecessors, Spacedays is also big on surreal soundscapes. The music video for 'Morning Light' — from the EP Moondust — pairs blue-faced extra-terrestrials and Wizard of Oz characters with roving guitars. Oozing with misty vocals and floaty keyboard magic, the entire EP has a 1970s feel despite being recorded in 2014.

Ng of The Padres said he felt inspired to write in a first-person voice after hearing Esam sing, while the Revivals’ progressive approach to songwriting and performances had a big impact on Force Vomit's Eddino.

Electronic acts have also resonated with the Revivals’ cosmic frequencies.

Former Lush radio host Elias Soh, who makes dark beats under the moniker of Izaak Stern, says the ensemble has impacted how he consumes and creates tunes. “They stood out in the ecosystem of Singaporean music and seemed to be in a class of their own,” he notes.

Good rock and roll usually makes a dent on the zeitgeist and, as Elias sums up, “the Stoned Revivals ticked that box in their own humble way.”