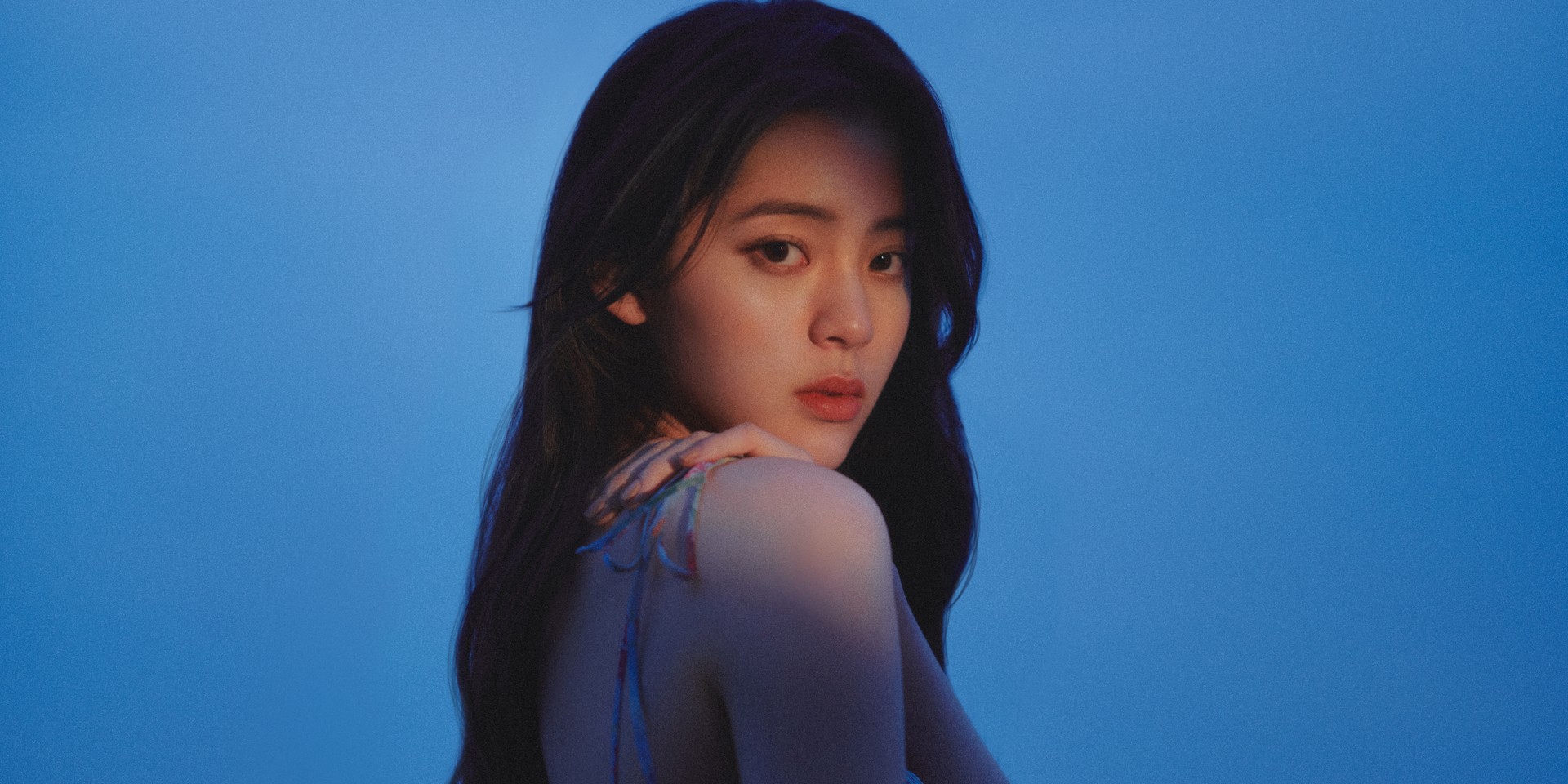 A familiar face is joining the ranks of young singer-songwriters making their way in the Mandopop industry. Nana OuYang has emerged with her first original EP, NANA I, featuring three English songs running along the tangent of one of Shakespeare’s love-riddled quotes: “Love is a sweet pain”.

Ouyang is no stranger to the music industry, having made her name for herself at the age of 12 when she became the youngest cellist to perform a solo recital in the Concert Hall of Taiwan, and subsequently held a series of sold-out concerts in Taiwan a year later.

In 2015, OuYang forged ahead to pursue her blooming acting career, a foray that has seen her star alongside film luminaries such as Jackie Chan and Tony Leung. In the same year, she released her debut classical album, 15, with Universal Music Group.

The twenty year-old currently finds herself wearing several hats—cello virtuoso, actress and a rising star in the fashion circuit—but she is indubitably committed to her musical pursuits. Having built a solid foundation in the classical realm, OuYang is now gearing up to make a transition to mainstream music with NANA I, releasing with her first eponymous EP with Sony Music. She hopes to expose herself to a myriad of genres, and integrate them into her existing classical repository to form a new, coherent sound.

“In my compositions, you might pick up on some classical elements,” she adds. “That’s just part of my personal interpretation of music, having been deeply attuned to the classical genre since a young age.” 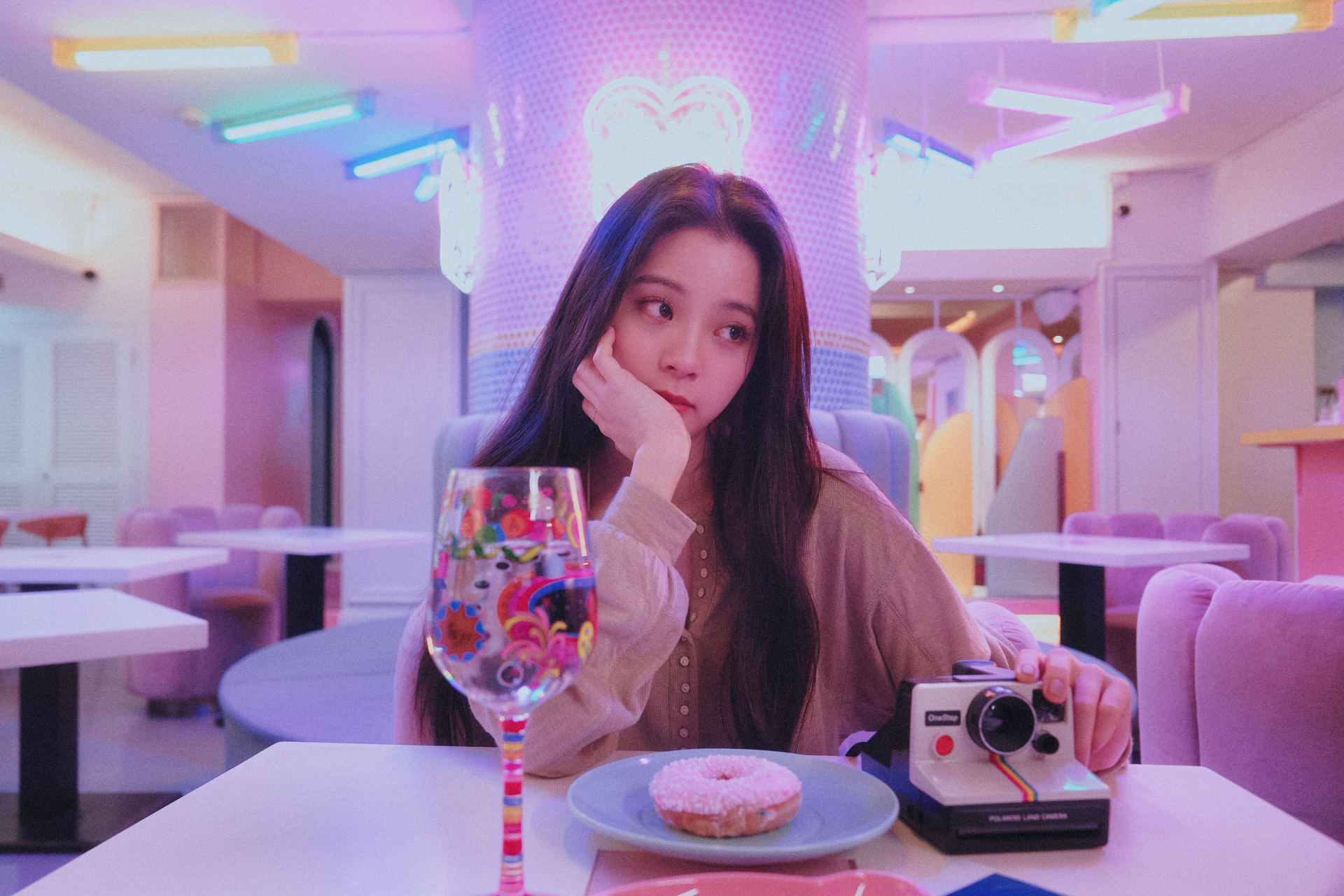 With NANA I, she dips her toes into songwriting, composing and co-writing the three English tracks on the EP with the help of producers and lyricists she had met during her time in Los Angeles, where she studies at the Berklee College of Music.

In fact, she credits the prestigious conservatory for spurring her recent venture into songwriting, sharing that she only started exploring singing and writing her own songs at Berklee. “It’s a pretty liberal and supportive environment,” she reflects on her experience there. “You can learn and immerse yourself in all the different elements of the profession, be it recording, producing, songwriting or performing.”

Describing her EP as a “versatile collection”, OuYang dissects her new discography for us, sharing that although the three tracks are essentially about love, they are informed by different stories and perspectives.

‘The Best for You’ is the most mellow out of the three, a post-breakup tribute to the other party, wishing them well. ‘Tell Me You Do Too’ captures the ordinary happiness that one experiences when they’re in love, while ‘To Be Happy’ is the emotional conclusion of the collection, a weightless absolution no longer hostage to any grievances or undue longing; instead, it’s catharsis and a call to keep moving forward.

“NANA I is ultimately about how we grow, and how we learn to be strong and live freely as we journey through all the caprices of love,” OuYang sums up. “And it was an honour to be able to work with different composers, lyricists, and producers on this.”

“With this EP, I wanted to bring a more chill and relaxing vibe to the music. I hope that these are songs that you can listen to alone in bed, or in the car, an EP that you can listen to no matter what time it is. It doesn’t have a specific time or day or mood, you don’t have to be happy or sad, it’s very easy listening."

In addition to the EP, she shares that aside from working on more Mandarin compositions, she is also planning on following up with Nana II and NANA III. “I will also be working with some artists I really like, so my fans can look forward to that,” she shares.

Now serving as a mentor on ‘The Coming One: SUPER BAND’ alongside veterans such as Lang Lang and G.E.M, OuYang has yet another responsibility added to her plate: her thespian and musical pursuits aside, she is also juggling school and vlogging.

“I set some small goals for myself every day,” she says. “No matter which role I take on, and whether I’m working or studying, I try my best to maximise the time that I have by spending it as efficiently as possible.”

Her work ethic is unsurprisingly informed by her background in classical music, which started out with her learning the piano at five and the cello at six. “To be honest, the path of classical music was a difficult one. It required extreme discipline, and I think this shaped my personality today,” she explains. “I’m willing to spend as much time as possible on something in order to perform to the best of my ability. It’s also enabled me to take on more challenges in life.”

OuYang muses on past collaborations with classical veterans the likes of violinist Lu Siqin, cellist Jian Wang, and her own mentor Chu Yibing, and identifies John Mayer as one of her role models whom she hopes to work with one day: “I admire the lyricism of his music, and I want to be able to write songs that resonate so deeply with people too.”

Looking back on a particularly memorable collaboration with Wiz Khalifa at the 2018 Breakthrough Prize Ceremony, she asserts that music is a universal language that collapses the boundaries of linguistic differences.

“When it comes to performing in a foreign space, all we have to do is muster the courage to express ourselves - not through English, or Mandarin, but through music. Music’s the bridge that connects us all,” she says.

With an endless stretch of possibilities ahead of her, OuYang looks forward to working on and developing her own sound, hoping to combine her love for the cello with the mainstream to express herself.

"I don’t have an expectation for everyone to listen or like my songs,” she says, “but I am very grateful to those who do believe and like my music. Music is pretty subjective, so as long as people find meaning in my music, and as long as I’m satisfied with my work, I’ll keep going.”

Listen to NANA I below.