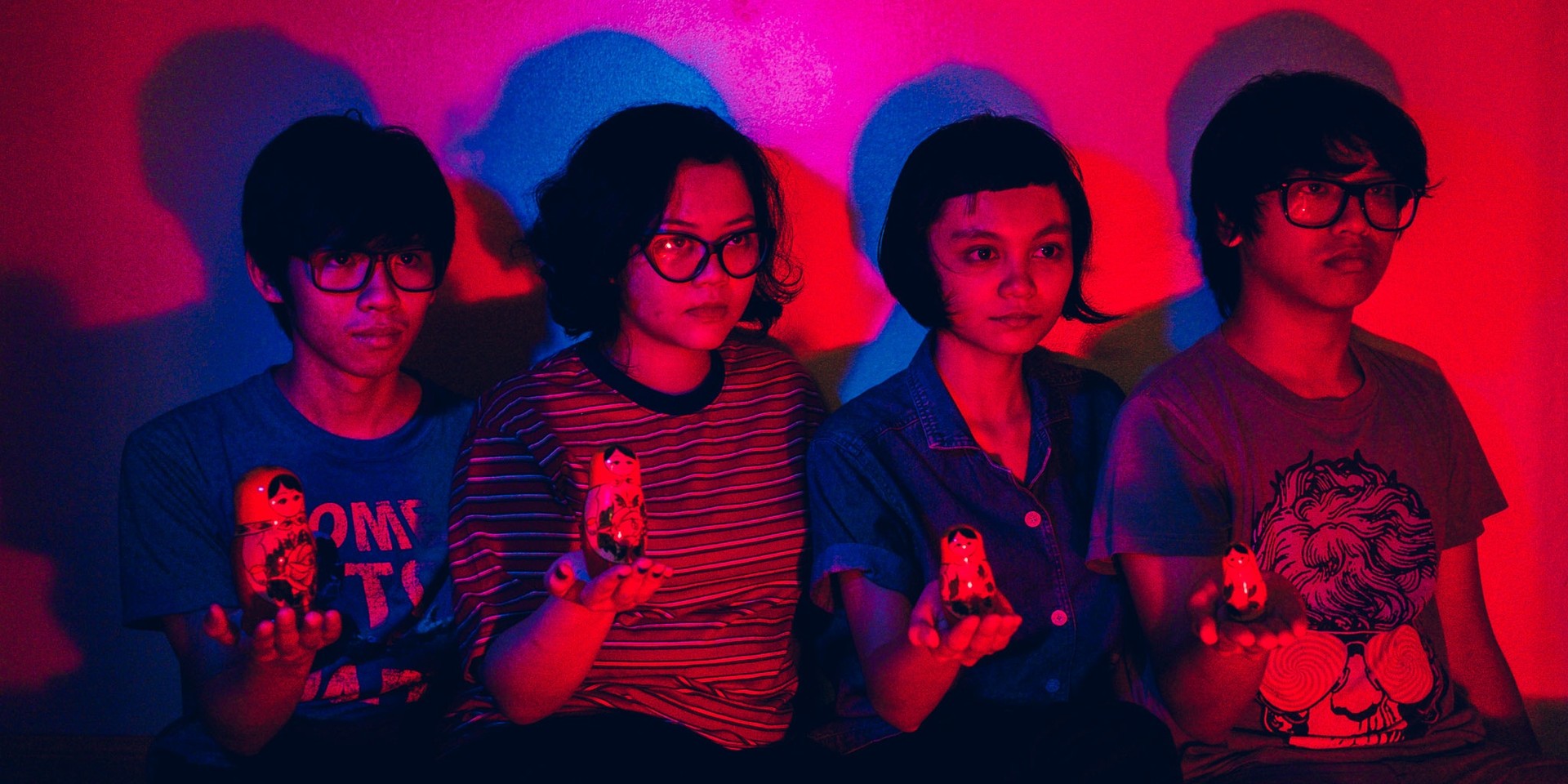 The motely crew of fuzz devotees The Buildings is made of pretty short people, but they make up for it with a lot of guts, dirt and anti-guitar hero fretwork. With barely any money, vocalist-guitarist Mariah Reodica, guitarist Alyana Cabral, bassist Dominic Zinampan, and drummer Kean Reformado recorded their debut album “CELL-O-PHANE” over the course of five months in a bodega surrounded by commemorative plaques and souvenirs, and a small room in a high-rise apartment in the urban sprawl of Manila. 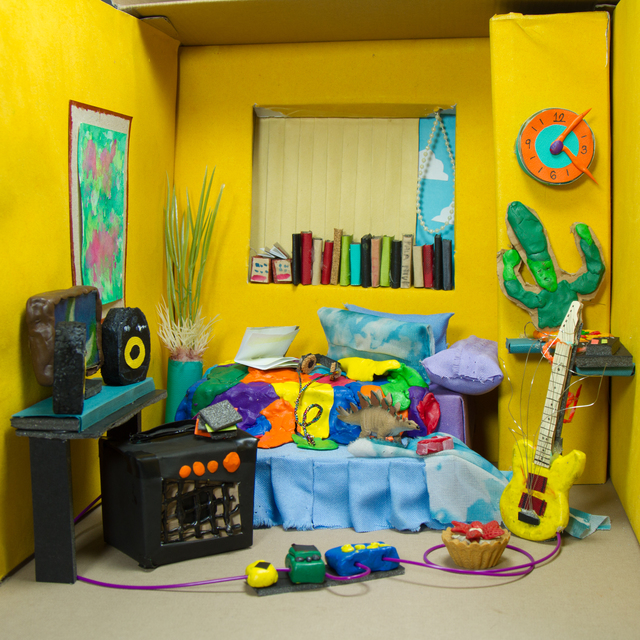 The sugary melodic vocals are countered by gritty, distorted guitars, in the vein of Yo La Tengo, with the lackadaisical charm of Pavement and Guided by Voices. Aside from the bread and butter of guitars, bass, and drums, CELL-O-PHANE features a slightly detuned piano, old synths bought for dirt cheap, a theremin, and breaking glass. The result is far from MTV pop sheen; the album embraces hiss and static in all its DIY glory.

Dom: Definitely not about Irish people selling their kids as food to the rich rather, a celebration of matrimony and Christian family values. Originally had an RHCP-esque outro which eventually morphed into a Neu! motorik, Sonic Youth rip-off.

Aly: All our attempts to sound uncool.

Dom: Our very own Enter Sandman. An ode to Facebook, waffles, and autoerotic asphyxiation. I sometimes shoehorn the bassline of New Order's Age of Consent into the verses when we play this live as a shoutout to all the old people.

Mariah: One of the first songs I ever wrote, back when I was a sophomore in high school. The original lyric was "All I wanted was glue in different shades of blue.” (Can I talk shop a bit here? It’s just that I have three guitar tracks on this one. Two are the normal parts I play live, but there’s one guitar track that’s arguably the most fuzzed on the album that’s drop D, really low in the mix that really makes this recording of Shades different form any in the past. Try listening for it.)

Aly: The song we're most tired of obviously. but even I admit it sounds good on the record. It's already gone through so many different versions but the one on the record now sounds best.

Kean: We overhauled most of the guitar parts, but we still play the old version live. On the album, "Shades" is noticeably heavier and grittier.

Dom: The Velvet Underground incessantly rambled on about heroin and S&M whereas we like to talk about traffic. How can we go about being useless citizens if we're in the clogged arteries of Metro Manila?

Mariah: This song is about the feeling of utter helplessness when you’re stuck in EDSA on a rainy day, watching drops slide down your window and needing to pee.

Kean: One of the last songs we wrote for the album, Manila is pretty straightforward. This song has a lot of build up and a lot of release -- three actually, in quick succession.

Mariah: Once we decided we were recording the album on our own, we realised we needed a drum kit. Aly’s Tito offered to lend us his kit, so we drove all the way to Elbi on a Saturday. Aly, Kean, Dom, and I were thinking of what album to play on the stereo that we all liked, so we put on the Eraserheads’ Sticker Happy. I think that’s when Kean and I thought of going a little Balikbayan Box on this one by having both live and programmed drums. On the way back from Elbi, Aly, Aki, Dom, and I were crammed in the back seat while the kick drum was riding shotgun, and the aircon broke down. Fun times.

Aly: We're all big fans of Mac DeMarco so this song was inspired by his work. Our friend Howard is probably the biggest fan out of all of us, so we named this song after him.

Kean: We have three songs with apostrophes in them. This is the second one. And we went for the British spelling of "favourite"?

Dom: A vivid premonition of the nation's youth revolting against the government (wait for the presidential elections). I've never read any Jennifer Egan novel. Personally, the main riff once conjured visions of Santa Claus squeezing his way down people's chimneys.

Mariah: This song changes sections sooner than you can say ch-ch-ch-ch-changes.

Aly: One of the most fun to play live. This song is really defining of our sound and energy as a band. 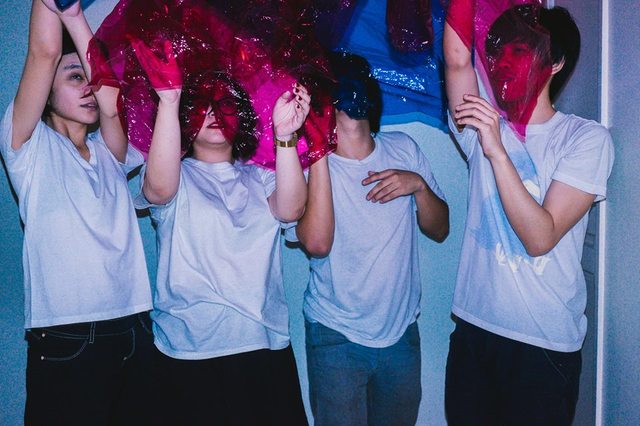 Mariah: I think peppermint and sage together actually taste pretty bad in real life. I haven’t tried it yet.

Aly: About the last time we smoked peppermint and sage together. It was a bad idea.

Kean: Dom-written track, for the most part. We once got Roy of Mow's to session for us and this track fucked him up because sections were divided in threes rather than fours

Dom: As millennials, we surely love our coffee. Lou succumbed to Tai Chi a few years ago. Unintentional Fargo reference.

Mariah: On one night, I was messing around recording stuff on Garageband, and after a couple of hours, I had the demo of this. I then went online and found out that Lou Reed passed away. As our friend Andrew says, it wasn’t the excessive use of heroin that got him, it was the tai chi.

Kean: Quite different from the demo version. Every member gets a solo. What a doozie! 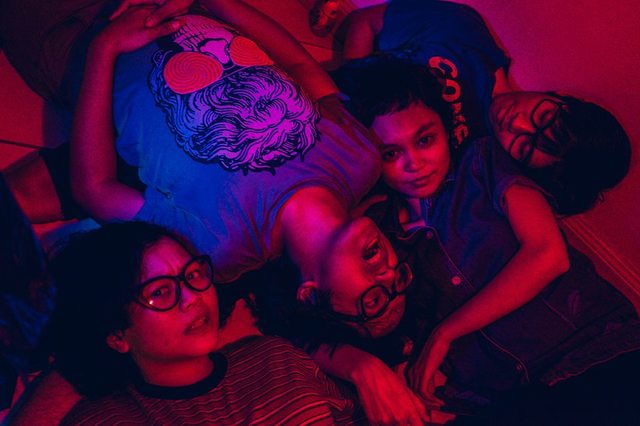 Dom: An ontological inquiry into the nature of siblings. Anti-Oedipal anthem.

Aly: One of our most favorites on the record. Probably our most sentimental song yet.

Kean: We never play this live because I tend to fall asleep on the drums. It's probably best heard on record anyway!

Dom: Twee sludge. Heavily indebted to Yo La Tengo and other noteworthy footwear-starers. A classic case of the I-IV progression.

Mariah: In the line of the Mary Timony School of Singing Really Softly.

Kean: This song used to be faster. Then it got really slow. Then we made it a little bit faster from there, and this is where we're at: 80 bpm.

Mariah: Can this be our Enter Sandman instead?

Aly: We also really love bizarro cartoons and sometimes we dip our toes into a lot of psych stuff.

CELL-O-PHANE is out now. Physical albums are on sale at The Four Strings, Cubao X and Entablado, Los Baños.

Digital downloads are available on iTunes and bandcamp.