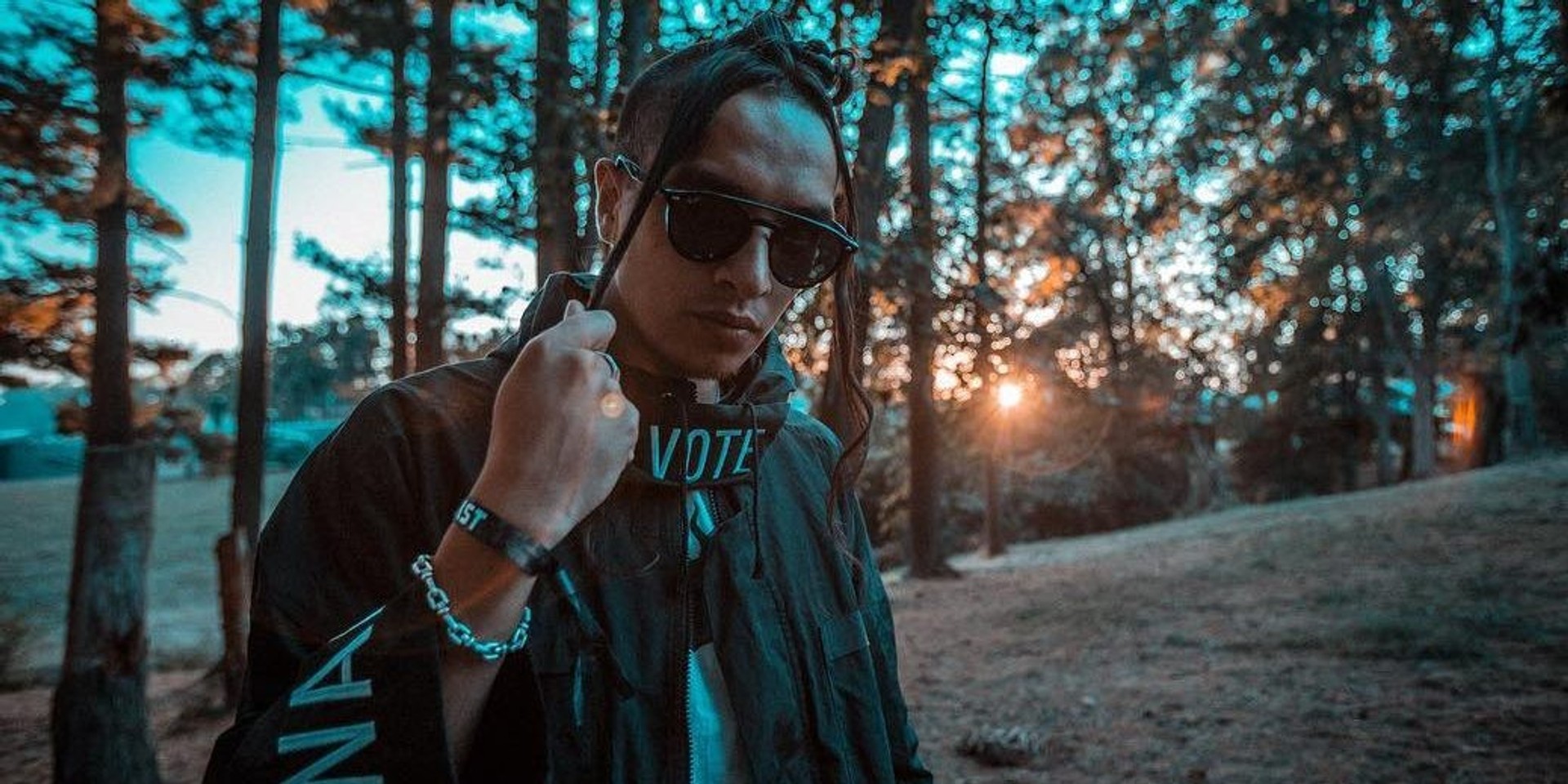 Bandwagon recently had the opportunity to sit down with one of the most hardworking DJs in all of EDM, Cesqeaux (pronounced "Cesco/Sesko"). After being signed to Yellow Claw's Barong Family label, Cesqeaux has since gone on to perform at countless festivals and work with renowned producers like David Guetta and more.

With his unique style of music, and his undeniable on-stage presence, many have labeled him as the prodigy of the Barong Family, and ultimately the future of EDM. We spoke to him about the title he has been crowned, his origins and future plans.

How’d you come up with the name Cesqeaux?

My name is Daniel Francesco Tuparia. So Cesqeaux came from Francesco. My grandfather’s name was Francesco and I had never met him and I was always curious as to what he would be like, so when I was looking for a source of inspiration for a name, I originally started out with Daniel. So for a certain point, my rap name was Lil D, and I realized I couldn't go with that for obvious reasons [smirks].

When I started out making my club music and EPs, I needed a really standout name, something that would capture everyone’s attention. So I went with Cesco at first. Everything in French, like Bordeaux, it sounds like it ends with an “o”, but it ends with “eaux”. So Cesco became Cesqeaux. And then from there, I started to change things to fit my name. So “Oh My God” is now “Eaux My God.” Indonesia is “Indeauxnesia” for me. No one else can do that, it’s my own thing, it’s very unique.

What’s one item you have to bring on tour that isn’t technology?

You really want to know? A tour manager. And a really good one at that. This time I brought my tour manager Levi, my own cameraman, Mitch Flippo. He brings a lot of technology with him but he also brings a lot of talent with him and I think those are some of the most important things i have with me on this tour. A lot of clean underwear too. Lucky charms, stuff like that.

How did you first get involved in music?

There’s video of me dancing to my little brother’s heartbeat when I heard it for the first time in the hospital. Music has always been in my life, it's always been this creative thing for me and it is everything to me. There hasn't been anything else in this world that has given me more of a reason to do what I do other than music itself. It’s not about the fame or the money even.

I mean, my mom has always been into listening to music and my father was always playing music. He played guitar, he couldn't read notes but he learnt on his own, without music theory and my mom was always dancing. If both of your parents are so heavily into music, you just naturally get into it yourself. They never forced it on me, I just always loved music on my own.

When you first began producing, did you know that the current style of music you’re creating was what you wanted to make, or did it evolve from something else?

Everything evolves. I always try to have the best music in mind so every time I hear something on the radio or something online, in my head, I’m always looking for something that I can add to that to make it better. That’s how I began remixing. Music changes over time so my style changed too but besides that, I’ve always done what I’ve wanted to do and it’s always energetic and snappy, clean and dirty at the same time. 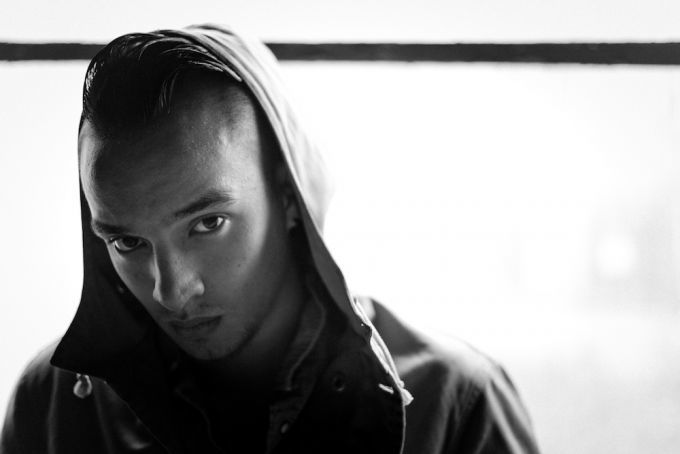 Bali has influenced your sounds quite a bit, with its culture. What else do you draw inspiration from?

Anything. It could be something as simple as meeting someone new like yourself, or going to a new festival for the first time such as Djakarta Warehouse Project, which was a great thing for me. Other things like listening to music, drawing inspiration from other artists and genres. I’m inspired by food and travelling. There’s no such thing as bad music, but there are people that make music that doesn't come from the heart. Learn from that too, to know what not to do.

You’ve been hailed many times as the prodigy of the Barong Family. Does that add any pressure to what you’re doing, or is it just a label?

As a musician, I’m trying to be the best musician that I could possibly be and that’s my main focus. It’s about the music I make and my performances, I don’t pay attention to anything else, and I don't take it too seriously. Chace is coming up as well right now, so he could be someone else to get that title.

He’s young, he has more potential and talent than he has even tapped into yet. He’s 18 and he’s played on the mainstage of Tomorrowland. I couldn't be happier for him, he’s my brother. So I don’t really care about this title.

With new music being released every day, how do you keep up with the releases and how do you decide what songs get added to your sets?

I don’t keep up with the releases, they keep up with me [laughs]. One thing you’ll realize is that I don't play the popular shit just for the sake of it. I’ve never had 'Gucci Gang' or 'Rockstar' in my set because that’s not me. Any song that I listen to, that I personally like, I edit it to my style and I add that in. Everyone knows my style, so when I remix something, it might be a classic song, or something that’s hot at the time, but once I remix it, it becomes timeless, to me.

There have been rumors of a Legends 2 EP with Yellow Claw. Is there any truth to that?

Shout out Yellow Claw. I think everything might have a follow up but not right now. Maybe in the future. So the first EP was just an idea, and then it evolved into one song, 'Legends'. And we were sitting on it for a long time and it blew us away and we thought, why not make it an EP instead? And that’s what happened. It all happened very organically so I think it a sequel were to happen, it had to be a natural thing as well, we can’t force it.

We’ve also heard that the Barong Family will be working on the second family album in the coming months. What can you tell us about that?

The first Barong Family album was just a concept at first too, so we’ll see what happens with this supposed second one. It might not even be an album eventually, so we’ll see. We didn't know anything going into the first album, we didn't know who we were collaborating with and it’s exactly the same for this situation. I guess we’ll find out in time.

What’s next for Cesqeaux in the near future?

I’m definitely not going to stop, so I’ll constantly be putting out new music. It could be pop, or trap or club music but it’ll be poppin’ for sure. I’m working on an album right now [mimics air horns], exclusive! So I’m doing a lot of recording, I’m doing a lot of the vocals on there, like rapping and singing.

I’m only focusing on getting the features from people that I like, I don’t care if they’re famous or not. I’m working on more stuff, like the EauxMyGod Mix. So whatever I do, the main focus is that I like it and enjoy it and it has to be hot, eaux my god.